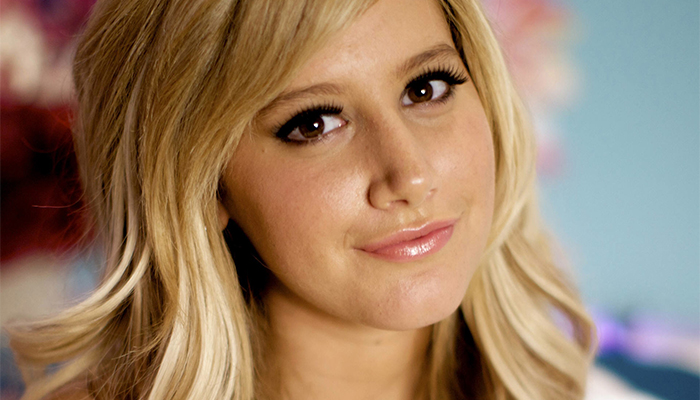 Ashley Tisdale is best known for having appeared in a number of television series as a child, the most notable probably being that of the television film, High School Musical. She first made her appearance on television at the young age of three, when she starred in a multitude of national TV commercials. Following her time in commercials, she began appearing in a handful of small theatre roles such as the musicals The Sound of Music and Gypsy: A Musical Fable, which took place at a local Jewish Community Centre. When Tisdale was eight years old, she was then cast as Cosette in the musical production, Les Miserablesーshe would tour with the group for two years before landing a role in Korea.

Eventually Tisdale began to appear in a handful of television series, playing the roles of various minor characters. Some of her early works include Smart Guy (1997), The Hughleys (1998), An All Dogs Christmas Carol (1998), Boston Public (2000) and Bette (2000). For her portrayal of Carol Prader in the drama series, Boston Public, she also won a nomination for Young Star’s “Best Guest Performance in a TV Drama” Award in 2000. In addition to the small screen, she also appeared in various films including the horror sci-fi, Donnie Darko and the Pixar animated movie, A Bug’s Life. Tisdale would not land her first breakthrough role until 2004.

That year, she was cast as a lead role in Disney’s The Suite Life of Zack & Cody, playing the role of Maddie Fitzpatrickーa teen candy-counter girl who worked at a fancy hotel. The show marked Tisdale’s first major lead role in a television series; having earned her a Nickelodeon UK Kid’s Choice Award for “Best TV Actress”, it also did wonders in rising the young actress’ popularity at the time. In 2006, Tisdale landed her second breakthrough role when she was cast as Sharpay Evans in the romantic comedy film, High School Musical. A huge hit upon its release in January of that year, it later became the Disney’s Channel’s most highly watched TV film, having garnered over 7.7 million audience members during its premiere.

But what has the star of High School Musical been up to since? What Happened to Ashley Tisdale? What has she been up to recently? 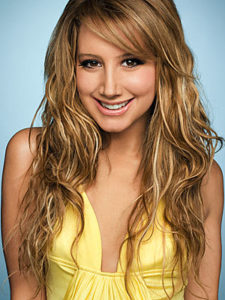 Born on July 2, 1985 in Monmouth County, New Jersey, Ashley Michelle Tisdale is the daughter of Lisa Morris and Michael Tisdale. She has an older sister named Jennifer who also works as an actress, they are of English, Irish, German and Scottish descent. Growing up, they were raised “a little Christian and a little Jewish” (their mother is Christian and their father is Christian). Like many other child actresses, Tisdale started her acting career earlyーshe first met her manager, Bill Perlman, at the young age of three. Following their meeting, Perlman then sent the young aspiring actress to a number of commercial auditions. Having successfully buzzed through the auditions, Tisdale eventually ended up staring in over 100 television advertisements across the country.

Shortly afterwards, the young girl began to act at a local Jewish Community Centre in New Jersey, starring in various musical productions including Annie Warbucks, Gypsy: A Musical Fable and The Sound of Music. A natural singer, Tisdale had only received a single voice lesson prior to her involvement in the musicals; in 1993, at the age of eight, she landed her first professional role when she was cast as Cosette in the Broadway production, Les Miserables. Prior to her being cast, Tisdale had always been a fan of Les Miserablesーshe first saw the musical when she was a little girl and had since always wanted to be part of it growing up. Having joined the cast, she eventually toured with the group for two years after which she went to Korea to star in a production of Annie Warbucks.

Following her musical endeavours, Tisdale began making small appearances on a number of television shows throughout the late 90’s and 2000’s, playing the roles of various minor characters. She made her first guest appearance on the American sitcom, Smart Guy which premiered on The WB in April 1997; she later made a similar cameo in the ABC series, The Hughleys in 1998. Some of her other early television projects include the family drama, 7th Heaven, the CBS sitcom, Bette and the Fox series, Boston Public. Despite having played small, minor roles at the time, Tisdale eventually gained recognition for her acting, having been nominated for the Young Artist Award for “Best Guest Performance in a TV Drama” in 2000.

Ashley Tisdale and her Breakthrough Roles 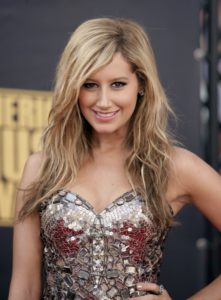 After years of portraying various minor roles on the small screen, Tisdale soon landed her first breakthrough role when she was cast in the American sitcom, The Suite Life of Zack & Cody. Set in the hotel in Boston, the series revolved around a pair of troublesome twinsーZack and Cody Martin who lived in the building, along with the many workers who worked at the hotel. In the show, Tisdale played the role of Maddie Fitzpatrick, the hotel’s teen candy counter girl. Upon its premiere on the Disney Channel in March 2005, the series was a huge hit, having garnered over 4 million audience members, making it the network’s most successful pilot episode that year.

While the series was still airing, Tisdale landed her second breakthrough role when she was cast as a lead character in the original Disney Channel movie, High School Musical. Starring fellow actors Zac Efron, Vanessa Hudgens, Luca Grabeel and Corbin Bleu, the film would eventually be the first instalment in a successful trilogy series. First released in January 2006, the television film told the story of two high school students from rival cliquesーGabriella Montez, a shy transfer student and Troy Bolton, who was the captain of the school’s basketball team. Despite their differences in personality, the two later decided to try out for different lead parts in the school’s musical. In the film, Tisdale played the role of Sharpay Evansーa high school diva who was willing to do anything in her power to sabotage Gabriella and Troy’s relationship in order to land a lead role in the musical herself.

The film was a huge hit amongst young viewers upon its release and had garnered over 7.7 million viewers during its initial broadcast in the United States. High School Musical was also successful across the globe, having been watched by close to 790,000 viewers in the United Kingdom alone. The TV film would soon be followed by a High School Musical 2 in 2007 and a High School Musical 3: Senior Year in 2008. The film’s soundtrack also became one of the best selling albums in the country after the movie’s releaseーhaving earned a Billboard Music Award for “Album of the Year” in 2006.

The film in itself also won a number of awards and nominations, including two Primetime Emmy Awards for “Outstanding Children’s Program” and “Outstanding Choreography, a Nickelodeon Australian Kids’ Choice Award for “Fave Movie”, a Teen Choice Award for “Choice Comedy or Musical Show”, amongst many others. Tisdale’s portrayal of Sharpay in the film would ultimately be one of her most well known acting roles in her career. 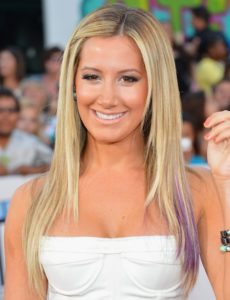 Shortly after the release of the movie, Tisdale signed a recording contract with Warner Bros. Records and began to work on her first debut album entitled, Headstrong. Working alongside music producer, J.R. Rotem, the singer opted to include more mature soundsーin contrast to her music from the film, High School Musical. Upon its release in February 2007, Headstrong was met with generally positive reviews and had debuted at the number five spot on the Billboard 200 charts; it sold over 64,000 copies during its first week. The second single from the album, titled “He Said She Said” became one of the most successful songs in the United States at the time. Headstrong was eventually gold certified by the RIAA, having sold over 500,000 units within the country.

Tisdale began working on her second studio album after the filming of High School Musical 3: Senior Year; entitled Guilty Pleasure, the album was written in most parts by the singer herself. Released on April 14, 2009, the album sold over 25,000 units during the first week and had debuted at the number 12 spot on the Billboard 200 Chart. To promote the album, Tisdale performed on various television shows including America’s Got Talent and The Today Show and also embarked on an European tour that March. 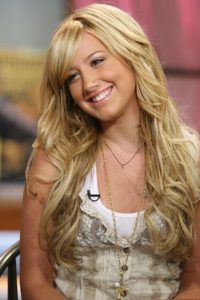 This year, the actress has been working on multiple projects, one of them being the comedy film, Amateur Night. Released on August 5, 2016, the movie revolved around a hapless, architect named Guy Carter (played by Jason Biggs) who unexpectedly finds himself having to drive escorts around the city for money. In it, Tisdale played the role of a foul-mouthed, prostitute named Fallon. When later interviewed about the difficulty of having to portray the role of a sex worker, Tisdale revealed that while playing a prostitute was different from anything she had done before, she was used to facing challenges as an actress.

Besides acting, she has also been busy working as an executive producer on the American sitcom, Young & Hungry. Set in the city of San Francisco, the series follows the lives of a well off entrepeneur named Josh (played by Jonathan Sadowski) and a food blogger named Gabi (played by Emily Osment) who unfortunately finds themselves in a dilemma situation after an unfortunate one-night stand. The series first premiered on the ABC Family channel in June 2014 and have since continued for 51 episodes; it was recently renewed for a fourth season by the network which just started to air this June. While Tisdale is mainly involved in the show as an executive producer, it also didn’t stop the actress in her from guest starring in one of the series’ episodes.

If you’d like to stay up to date with the celebrity of High School Musical fame, you can do so by following her on her official Facebook page. Or if’d prefer other social media platforms, you can find her on Twitter (@ashleytisdale) and Instagram (@ashleytisdale). The actress even has her own tumblr page at ashleytisdale.com!