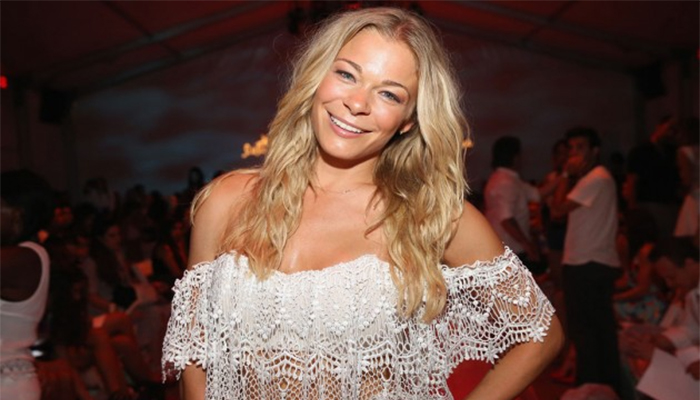 Known for her rich, powerful vocals, LeAnn Rimes began her professional singing career at the stunning age of fourteen. Enrolled in voice lessons at the tender age of five, Rimes’s musical talents were evident even as a young girl. During the 80’s, she took part in a number of musical productions as a child performer and later went on to record her first professional album at the age of nine under her father’s independent label at the time, Nor Va Jak. Slowly gaining popularity over the years, Rimes has grown to become one of the most recognized music artists in the industry. Throughout her professional singing career, she has released eleven full-length albums and thirty-eight singles.

A critically acclaimed artist, Rimes has received numerous awards for her achievements including two Grammy Awards, twelve Billboard Music Awards, three Academy of Country Music Awards, a CMT Music Award as well as a GMA Dove Awardーnot to mention that she is also a six time Grammy Award nominee (on top of the ones which she’d already won). In total, Rimes has charted over forty singles on both domestic and international charts since the 1990’s. As of 2016, she has sold well over 37,000,000 records across the worldー20 million of them being in the US. Praised for her vocals, she has been ranked number seventeen on Billboard’s “Artist of the 1990-2000 Decade” list.

But what has she been up to these past months? Where has she gone? What happened to American singer, LeAnn Rimes? Where is she now in 2018? 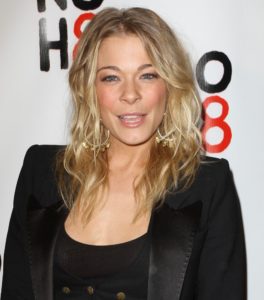 Born on August 28, 1982 in Jackson, Mississippi, Margaret LeAnn Rimes is the daughter of Belinda Butler and Wilbur Rhimes. Raised in Dallas, Texas, she spent the majority of her childhood singing, dancing and performing at various variety shows in the cityーand her talents did not go unnoticed. Shortly after her performances, It wasn’t long until she was cast in a musical production of A Christmas Carol during her youth; at the time, she had also been considered for the lead part of the Broadway musical, Annie but would ultimately lose the role to someone else. Following her time spent on the stage, Rime participated in the American competition series, Star Search as a young singer; she eventually came out as the one-week champion after having charmed host, Ed McMahon with her voice.

By the time Rimes was nine during the early 90’s, she was already a seasoned performer. Having toured across the country with her father, the young songstress also often performed the song, The Star Spangled Banner at the opening ceremonies of Dallas Cowboy football games. Recognizing her daughter’s gift in music, her father later began to record her singing under his independent recording label, Nor Va Jak in 1993ーtogether the two would record three separate albums during the next few years.

However despite her extensive history with music, it wasn’t until Rimes was discovered by American disc jockey and singer, Bill Mack that her talents was brought into the limelight. Moved by her heartfelt performance, Mack soon became motivated to help the aspiring singer reach stardom. Following much perseverance, Rime would be offered a professional recording contract with Curb Records in 1996 at the age of fourteen. 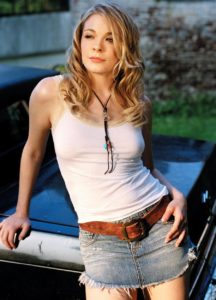 Under Curb Records, Rimes released her first full-length album in July 1996. Produced by Chuck Howard, Johnny Mulhair and her father Wilbur Rimes, Blue contained eleven tracks, one of which was the title song, Blue. An original single from her debut album back in the early 90’s, Rimes had re-recorded a new version of the song to act as the leading track of her new album. Generally met with positive reviews, Blue debuted at number four on the Billboard 200 Chart and sold over 123,000 copies during the week of release; it later climbed up to the number three position with another 129,00 units of the disc sold. Described by critics to be “delightful”, Blue later topped the U.S. Billboard Top Country and Contemporary Charts that year. That year, Rimes would be the youngest music artist to receive two Grammy Awards at the age of fourteen.

Rising in popularity with the success of her prior album, Rimes released her second studio album, You Light Up My Life: Inspirational Songs in September 1997. A major hit, the album debuted at the top of the Billboard 200 Chart in the United States and quickly sold over 186,000 units within the first week; after dropping to the number two position during the second week, the album soon returned to the number one spot within a few weeks. Having spent a total of thirteen weeks amongst the top five, You Light Up My Life: Inspirational Songs is currently the only album in history to have ever achieved a number one debut in three different charts simultaneously. With over 4,000,000 sales, it has since been certified Quadruple Platinum by the RIAA.

Rimes released her third studio album entitled, Sittin’ on Top of the World in May 1998. Despite initial criticisms made regarding the album’s mid-tempo tunes, it still performed reasonably well in the charts having debuted at number four on the U.S. Billboard 200 Chart and sold over 156,000 units in the first week of release; it later climbed to the number three position in the chart during the second week. Produced solely by her father, the album featured fifteen songs, many of which were covers of big-name music artists, Prince, Amanda Marshall, Deborah Allen, Jann Arden. A month after its release, Sittin’ on Top of the World spawned its first single, Commitment in April 1998; it then went on to produce two more, Nothin’ New Under the Moon and Feels Like Home.

Carrying on with her fame, Rimes released her fourth self-titled album, Leann Rimes in October 1999. Produced by her father and herself, the album included twelve tracks, most of which were the singer’s own renditions of country classics such as that of Patsy Cline. Praised for “returning to her roots” with the album, Rimes’ eponymous release debuted at number eight on the Billboard 200 Chart and sold over 115,000 units during the first seven days. Shortly afterwards, it would climb to the top of the Billboard Top Country Albums Chart and to the number two position in Canada on the RPM Country Albums Chart. Since then, it has sold over 1,000,000 copies in the U.S. and has been certified Platinum. 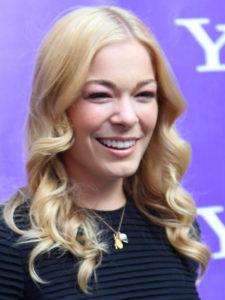 Two years after the new millennia, the country singer released her fifth studio album, Twisted Angel in October 2002. Containing more adult themes compared to her previous works, the album was also the first to have not been produced in part by her father. Recorded after the re-signing of her contract with Curb Records, Twisted Angel was created over a period of three years and included thirteen songs. Having received mix reviews from critics, the album debuted at number twelve on the Billboard 200 Chartーselling more than 61,000 copies in the week after its release. The album later went on to spawn two singles, Life Goes On and Suddenly.

When Rimes turned twenty one in 2003, she authored a children’s picture book; that same year, she also released a compilation album of her greatest hits. With all the things that she had going at the time, her next studio album wasn’t be released until the holiday season in 2004. What a Wonderful World, as it was called, consisted of a number of jazz-inspired holiday tunes and was also the singer’s first Christmas themed album. Four promotional singles were later released form the album including Have Yourself a Merry Little Christmas, Rockin’ Around the Christmas Tree, A Different Kind of Christmas and O Holy Night. 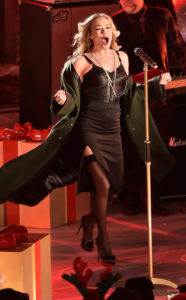 Like most popular music artistsーshe has been recording music! On June 24, 2016 Rimes released a rendition of Brandi Carlile’s The Story in the United Kingdom; it will also be featured as the leading track of her upcoming album, Remnants. In order to promote the song, the singer has performed the piece at various venues including on BBC’s The One Show. While the single is only available in the UK, worldwide release dates will soon be announced according to Rimes. With The Story out of the way, Rimes had been focusing on her upcoming thirteenth studio album, Remnants. Her first record under Sony Music Entertainment UK, it is currently set to be released on October 28, 2016 later this year.

In terms of upcoming performances, Rimes is scheduled to perform at the Grand Sierra Resort and Casino in Reno, NV and at the Los Angeles County Fair in Pomona, CA this September and will be accompanied by fellow American singer, Billy Currington in the latter event. Following the concerts, the singer will be hitting the road for her annual Christmas Tour. Set to kick-off at the Divots Outdoor Concert Venue in Norfolk, Nebraska, the tour will continue to take Rimes across the country until its final show at the Vilar Performing Center in Beaver Creek, Colorado which is to take place on December 30th, 2016. For those of you who are interested, pre-sale tickets will be available for sale on September 13th while regular tickets for the general public will be made available for purchase on Friday, September 16th.

Besides the upcoming concerts, Rimes has also recently entertained the crowds at Radio 2 Live in Hyde Park earlier this September. Spotted wearing a simple yet stylish black halter neck-top at the event, the singer was amongst a handful of stars invited to perform at the music festival. Other artists present included Travis, Gregory Porter and the legendary Elton John.

If you’d like to stay up to date with the singer, you can do so by following her on social mediaーyou can find her on Twitter (@leannrimes) and Instagram (@leannrimes). Also be sure to check her official Facebook page and website for some of her latest news!