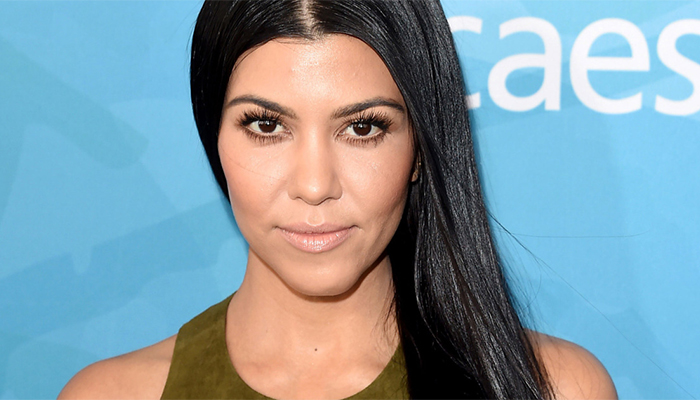 We’re all familiar with the Kardashians but how well off exactly is the oldest sister, Kourtney Kardashian? Born on April 18, 1979 in Los Angeles, California to Kris and Robert, she is the oldest out of three siblingsーKhloe, Kim and Robert. We know that her sisters do pretty well for themselves, but what about Kourtney’s net worth? 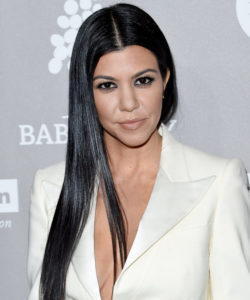 Growing up, Kourtney lived a pretty normal life in the bustling city of Los Angeles with her siblings. When she was twelve years old, her parents had separated; her mother later remarried Bruce Jenner, a medalist at the 1978 Summer Olympics. As a teen, Kourtney went to Marymount High Schoolーa private all-girls Roman Catholic school. After graduating, she would enrol at the Southern Methodist University in Dallas, Texas; where she would eventually continue her studies for two years. Shortly afterwards, she would relocate to Tucson, Arizona in order to attend the University of Arizona; she later graduated from the institution with a bachelor’s degree in Theatre Arts.
Prior to having step foot into the showbiz industry through their reality series, Kourtney along with the rest of her family, garnered unwanted media attention when her father became involved in the controversial murder case of O.J. Simpsonーher father, Robert had worked as one of the football player’s defense lawyers during the trial. Little did she know at the time, that her family would gain mainstream attention for having their own reality series over a decade later!
In 2007, Kourtney along with the rest of her sisters and mother starred in the commissioned reality show, Keeping Up with the Kardashiansーit would eventually propel the family into reality stardom. Since her time on the original series, Kourtney (and her sisters) has appeared in a number of its spinoffs, making her one of the top earners in the world of reality TV. Currently, the star has an estimated net worth of $20 millionーwhich puts her in second place in the Kardashian family, behind her sister Khloe. Considering how big the Kardashian reality series have gotten, it’s really no surprise that Kourtney made most of her earnings from the shows. While some numbers may be off, she is estimated to rake in over $15 million from the television shows aloneーnot to mention the fact that she also has an endorsement salary and an annual salary!
What can you do with $20 million? A lot of things! For one thing, you’d at least be able to purchase your own private island in the diving capital of Key Largo!

She is not currently married. In 2006, Kourtney began dating Scott Disickーa friend whom she had met at a house party during a trip in Mexico. While the couple seemed to have had an on and off relationship during the filming of the reality series, the pair eventually welcomed their first child together in December 2009, a son named Mason Dash Disick. A year after the birth of their son, the two moved temporarily to Miami in order to live with her sister, Kim. At the time, issues also began arising in the familyーmainly issues concerning Scott’s suspected alcohol addiction and difficulty with anger management. Due to this, Kourtney and Scott briefly separated for a short period of time, before reconciling after he had undergone therapy.
While Scott had had plans to propose to Kourtney during the last episode of Kourtney and Kim Take New York in 2011, he later decided otherwise after having asked for Kourtney’s opinion on marriage. In July 2012, the couple welcomed their first daughter, Penelope Scotland Disick into the world. Two years later in December 2014, Kourtney would give birth to their third child, Reign Aston Disick (Cute enough, Reign would she birthdays with big brother Mason). However despite the growing family, the couple was later confirmed to have separated once again in July 2015.

In 2016, Kourtney Kardashian was estimated to have an annual salary of $2.5 million; it’s said that the star also earned an approximate $500,000 from endorsement contracts.

How Much Money Does Kourtney Kardashian Make Per Reality Series?

The original Kardashians reality series, Keeping Up with the Kardashians has given the star the most earningsーan estimated amount of $10 million so far (and the show’s still continuing!) The subsequent 2009 spinoff, Kourtney and Khloe Take Miami had also earned Kourtney close to $3 million dollars. More recently, she was also rumoured to have earned close to $3.6 million for her appearance on the American documentary series, I Am Cait. 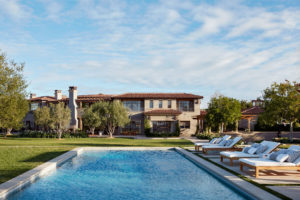 Kourtney current loves in a $7.45 million mansion in the Californian neighbourhood of Calabassas. Formerly owned by professional NFL player Keyshawn Johnson, the prime estate spands 11,746 square feet and features six bedrooms and seven bathrooms; it also has a spa, a sauna room and a theatre for movie nights! The mansion along with its four car garage is located on an 1.86 acre lotーwhich also includes a swimming pool.

Owner of a collection of luxury cars, Kourtney currently drives a white Mercedes AMG SLS 500ーa shiny car with a $250,000 price tag. In addition to the SLS, she also owns a Mercedes S500.

A philanthropist at heart, Kourtney has made a number of charitable donations by auctioning several of her old clothing and accessories on Ebay. Set up through the site’s “Giving Works” program, 10% of each sale goes towards the DREAM Foundation. As of 2015, the star has sold a total of 293 items and have donated $1521.18 to the charity (with a gross profit of over $21,000).