Dwayne “The Rock” Johnson Net Worth- How Rich is Dwayne Johnson

Dwayne “The Rock” Johnson is famous for his fiery catchphrases and his electrifying in-ring persona in the WWE. He is also an accomplished actor and starred in a long list of action-packed films. The Rock has not forgotten to give back to society with his charitable endeavors, and he always seeks to encourage others in chasing their dreams.

Read on and find out more about the success story of Dwayne “The Rock” Johnson and how he made millions in net worth.

How did Dwayne “The Rock” Johnson make his money & wealth

Dwayne Douglas Johnson was born on May 02, 1972, in Hayward, California. Johnson first started out as a football player in high school, and his career in the sport continued through college in the University of Miami as he was part of the Miami Hurricanes. He almost got the chance to play in the National Football League (NFL) but an injury snuffed such possibility out. After graduating in 1995 Johnson flew to Canada to join the Calgary Stampeders but was met with miserable living conditions and a ridiculously low salary. To make matters worse Johnson was booted from the Stampeders to be replaced by an NFL player. 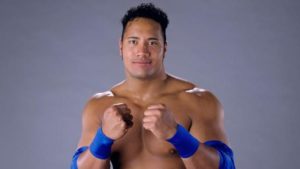 Johnson’s failures in football caused him to slide into depression. During those troubled times his gut instinct told him to try out professional wrestling as he already had experience in the mat back in high school, not to mention his family’s deeply-rooted history in the sport. His father, the renowned wrestler Rocky Johnson, subjected him to intense training sessions. Through the connections of his relatives Johnson was able to participate in a World Wrestling Federation (WWF) tryout. He managed to impress promoters and eventually Johnson had his first professional match in the 1996 WWF pay-per-view event called Survivor Series as “Rocky Maivia”.

Johnson was initially hated by the audience as they favored the heel characters (the bad guys) more than faces (the good guys). After recovering from a knee injury Johnson returned to the squared circle in a new persona called “The Rock”. A month later he was one of the greatest heels in the roster and, as the years went on, Johnson electrified millions of fans with his killer charisma and catchphrases, and also attracted millions of dollars through merchandise. Aside from wrestling Johnson is also a promising actor, starting out in the action flicks The Mummy Returns and The Scorpion King and later on starring in more films with his praiseworthy performance. As of now he is only working for the WWE as a part-timer with very few appearances in a year, choosing to focus on his acting career.

Johnson has established other ventures behind the camera that ensure a constant flow of income. He appeared in an advertisement for Ford and Super Bowl. In 2016 he struck a partnership deal with sports apparel company Under Armour where he will be helping create new items under the “Project Rock” brand. Johnson also appears in the company’s Record app where he shares workout tips. During the same year he released an alarm app called The Rock Clock that features a lack of snooze button and motivational videos from Johnson himself. Recently in July 2016 Johnson started a YouTube channel in partnership with Seven Bucks Digital Studios as a way to interact with fans and of course to make a good amount of money.

Is Dwayne “The Rock” Johnson married?

Not anymore. He tied the knot with Dany Garcia, the founder of talent company The Garcia Companies, on May 03, 1997. They divorced on June 01, 2007, but remain as business partners in her Seven Bucks Productions. Now he is currently dating Lauren Hashian.

Does Dwayne “The Rock” Johnson have kids?

Yes. He had a daughter with Dany named Simone Alexandra (August 14, 2001), followed by another baby girl with Lauren named Jasmine (December 16, 2015).

Johnson earned $64.5 million according to Forbes. This also earns him the 19th spot in the magazine’s “Celebrity 100” list.

How much money does he make in WWE?

Johnson reportedly earns $3.5 million annually thanks to his three-year contract with WWE as a part-time performer.  Also he earns a 7% bonus whenever his merchandise sales go through the roof. 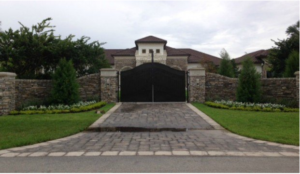 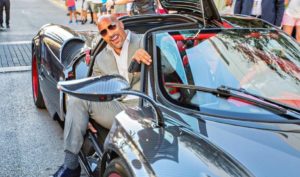 Johnson drives a black Pagani Huayra that cost him $1.3 million. He once had a black Ford F-150 truck but he gave it as a Christmas present to his uncle, the former wrestler Haku.

Dwayne “The Rock” Johnson’s Charity and donations and philanthropy

In 2006 Johnson and his ex-wife Dany donated $2 million to the University of Miami to help with the construction of an alumni center. The following year they donated $1 million for the renovation of the school’s football facilities.

Johnson helped the Rush Philanthropic Arts Foundation raise funds for their 2009 Art for Miami Beach gala. The foundation helps spread awareness to the arts and to give exposure to artistic urban youth.

In 2015 Johnson donated $1,500 to help with the recovery of a maltreated and abandoned puppy named Dwayne.

He founded the Dwayne Johnson Rock Foundation that helps hospitalized kids and tackles issues that concern the young ones. He is also a director in The Beacon Experience, a non-profit organization that helps a group of “Dreamers” with post-secondary education.

Johnson is one of the many celebrity wish ambassadors of the Make-A-Wish Foundation. He devotes time in visiting children in hospitals and making their days brighter. E-commerce service IfOnly arranged a sweepstakes where a lucky fan can meet Johnson and the cast of the Baywatch movie. Proceeds from the sweepstakes were donated to The Charlotte and Gwenyth Gray Foundation, a charity that seeks to combat the dangerous Batten disease.

Through Seven Bucks Productions, Johnson and Dany Garcia created an event called “Rock the Troops” in collaboration with Casey Patterson Entertainment and Spike TV. The event seeks to deliver performances to the troops in November 2016.

Johnson is the highest-paid actor in the Celebrity 100 list of Forbes this 2016.

He is considered as one of the greatest superstars in WWE. During his time in the squared circle Johnson raked in 17 championship reigns and was once a Triple Crown Champion (held three belts at the same time).  He is also the third youngest Intercontinental Champion at 25 years old.

One of Johnson’s many catchphrases was “Lay the smackdown”. SmackDown, one of WWE’s programs, was named after that phrase.

His $5.5 million pay for the 2002 film The Scorpion King was included in the Guinness World Records for being the highest salary of a debuting lead actor. In 2015 he set another record for having the most number of selfies within three minutes. Johnson did it in the red carpet premiere of San Andreas where he took 105 selfies with his fans.

In 2008 Johnson was given the Horizon Award. The accolade recognizes individuals who made personal contributions for the expansion of opportunities, and also for being a good example for the younger generation.