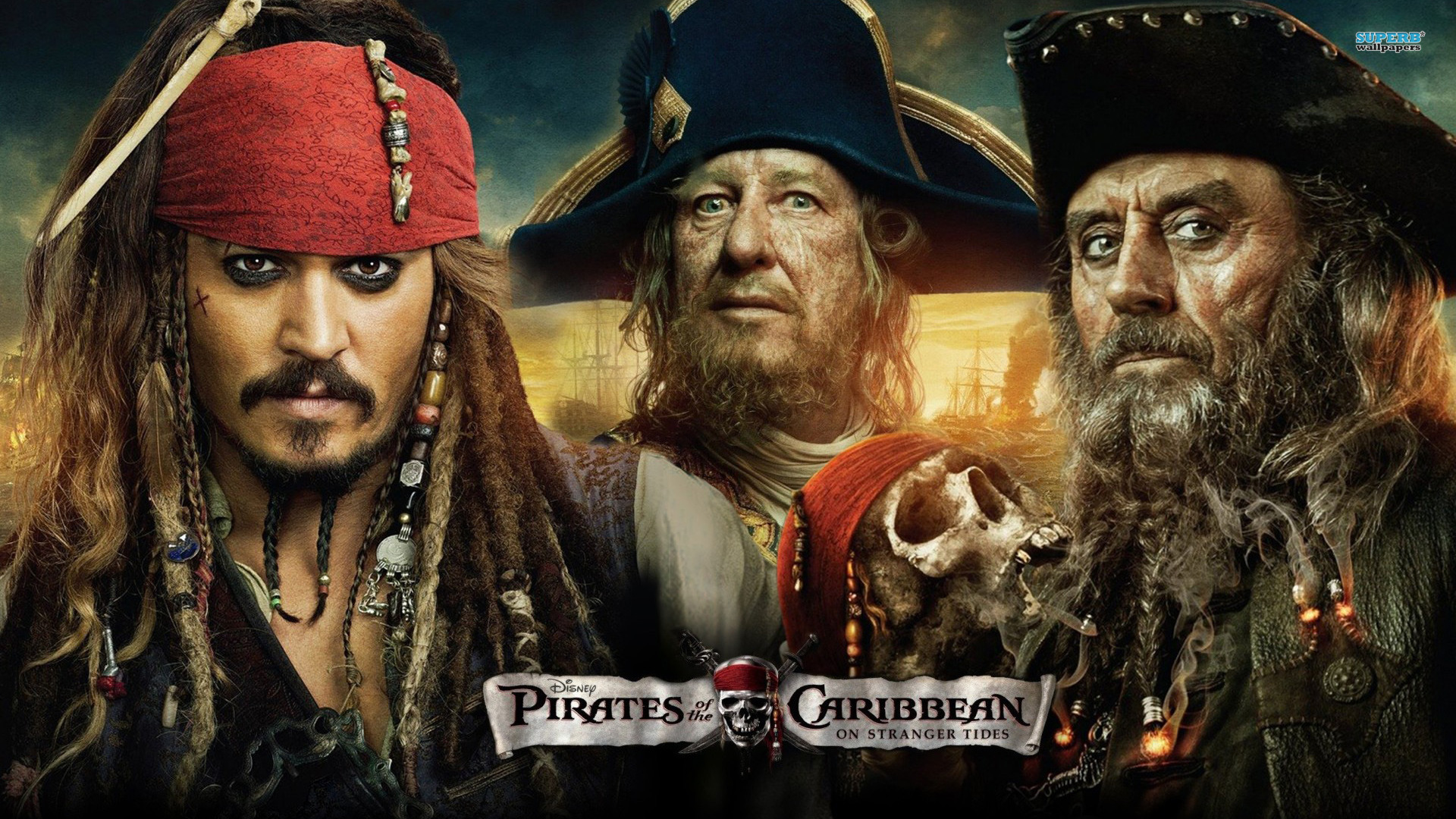 Everyone knows that show business is an expensive field to work in. Some movies and TV shows really dig deep into the producers’ pockets in order to deliver the whole AAA experience. Typical Hollywood movies have budgets of dozens of millions of dollars for all the effects, props, salaries and everything else included in the production process. But there are some movies that just take the cake when it comes to production costs.

Today, we’ll be taking a look at top 10 most expensive movies by production costs. We’re listing inflation adjusted prices so you can fully appreciate the amount of money that went into making these movies. Without further ado, let’s check them out! 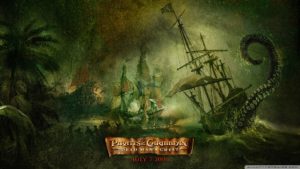 We’re opening the list with the second movie of the wildly successful Pirates of the Caribbean series of movies. The movie, like all PotC movies was big on special effects and make up, taking a big part of the $264 million budget. Dead Man’s Chest also has well-known actors starring in the movie, with the main actors being Johnny Depp, Orlando Bloom and Keira Knightley. Although the movie scored mixed reviews, it was a huge hit profit-wise. It ranks as the world’s 18th highest-grossing film ever, having reached a total of $1,06 billion box office. It was the third movie to ever cross that amount. 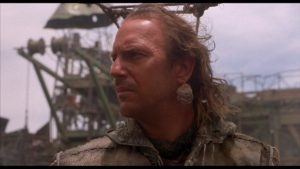 The oldest movie of this list comes at #9, with a $172 million cost in 1995, which is close to $270 million today. Waterworld is a post-apocalyptic Sci-Fi movie that took the title of the most expensive movie ever when it was first released. It was praised for its premise, but the writing got mixed reviews. Thanks to that, the movie didn’t become profitable for a long time, until the post-cinema merchandise and products hit the shelves. The movie was produced and recorded in the state of Hawaii, and the local economy got a $35 million boost thanks to the filming. 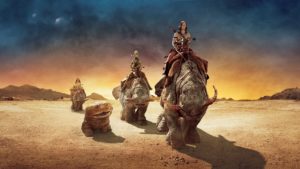 John Carter is one of the newest movies from the list, ranking at number 8 with $272 million in production costs. Most of the production cost came from the fact that most of the movie was shot twice, due to the animated backgrounds. John Carter received mixed reviews from the critics and fans, and didn’t manage to turn profit. Along with The Lone Ranger, it’s one of the worst box-office grossing Disney produced movies. There are whispers about two more sequels, but due to the poor reception a trilogy seems unlikely. 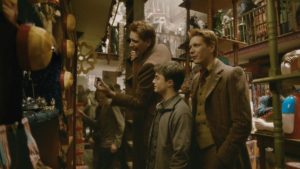 The sixth installment of the Harry Potter series was produced in 2009, and takes our spot number 7 with a production budget of $276 million. As you can imagine, the movie blew most of the budget on special effects and scenery. It was a worthwhile investment however, because The Half-Blood Prince managed to break the box-office record for the biggest midnight showing and turned a great profit. It hit almost a billion USD in box-office sales and was critically acclaimed and praised by the fans of the series. 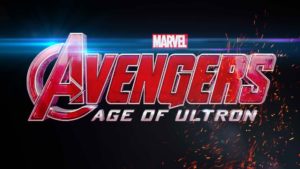 Released just last year, the latest installment of the Avengers series, Age of Ultron is our number 6 spot with the production cost of $280 million. You can guess that the movie was a huge success, due to the recent popularity of superhero movies, grossing $1,4 billion in box-office release worldwide. The movie was a huge hit with the fans and the critics as well, and two more sequels are already in the making. Most of the money obviously went into special effects and props, but the actors are big names as well. Robert Downey Junior, Chris Hemsworth, Mark Ruffalo, Chris Evans and Scarlet Johansson were the main actors, all of them very popular and famous. In other words, costly. 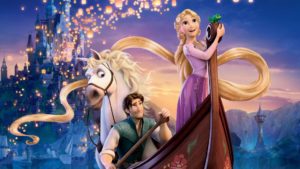 The first and only animated movie on the list comes at the 5th spot, with a production cost of $2 million more versus the previous entry. The production of Tangled took 6 years, and it is the most expensive animated movie ever produced by a large margin. This 100 minutes long animated movie was a big hit with the fans and critics alike, and grossed nearly $600 million during the release. It is Disney’s 4th highest-grossing animated movie, right behind Frozen, The Lion King and Big Hero 6. 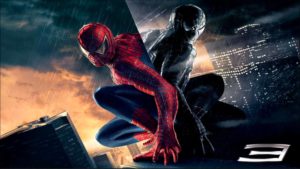 The final movie in director Sam Raimi’s Spider-Man trilogy takes our 4th place with a budget of $294 million. The movie was produced in 2007, and became the highest-grossing one in the trilogy. Majority of the budget went into visual effects and action scenes, both of which made the third movie of the trilogy a worldwide success. Spider-Man 3 grossed roughly $890 million worldwide. Consider that it was 9 years ago, and you can see how huge the movie was at the time. 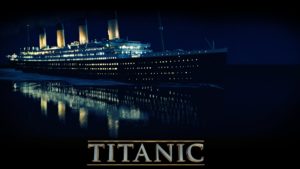 And of course, the ever-popular Titanic makes the list. Filmed in 1997 with a $200 million budget ($295 million today), this movie takes the third spot in our most expensive movies list. Everyone has watched and loved the movie by now, so it’s no wonder that it was an absolutely huge success. Fans loved it, critics loved it and it stood as highest-grossing movie for 13 years, until Avatar took the throne in 2010. Titanic and its newer 3D version had a box-office total of over $2 billion! Every single thing about the production was huge at the time, starting from props all the way up to the breathtaking visual effects. The director, James Cameron, didn’t spare a dime on Titanic, and he created one of the best known movies of all time (and pocketed a nice sum of cash in the process). 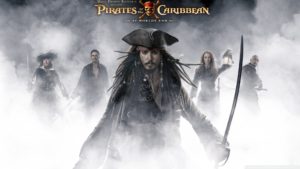 Pirates of the Caribbean‘s third installment makes a huge jump, adding almost $50 million in production costs versus the previous listing. At World’s End was filmed in 2005/2006, and released a year after when it quickly became the most successful film of the year. The movie was huge on everything – production costs, cast, effects and finally, profit. It grossed almost a billion dollars during its worldwide release. It stayed the most expensive movie ever produced for 4 years, when the throne was taken by…

1) Pirates of the Caribbean: On Stranger Tides – $398 Million 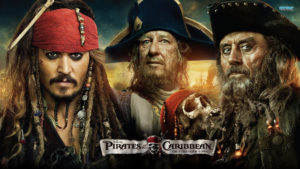 …another Pirates of the Caribbean movie! Yup, that means that PotC movies take almost a third of this entire list. All of them were wildly successful, both profit and popularity wise. And On Stranger Tides is no exception. Released in 2011 with a budget of almost $400 million this movie is still the most expensive one ever produced. The visual effects for the movie were made possible by no less than 10 companies that specialize in computer effects. The production was very well worth it, because the movie crossed the $1 billion mark slightly and was a huge success.

The only remaining movie from the Pirates of the Caribbean is the first one – The Curse of The Black Pearl, with a production cost of $183 million. This puts the total cost of the series at over a billion US dollars. However, the franchise made three times the amount back. A new movie is also set to be released next year, titled Dead Men Tell No Tales.

The earliest movie ever to cross $1 million in costs was Foolish Wives, released in 1922. Adjusted for inflation, that’s somewhere around $15 million today.

The most expensive simultaneously filmed (back-to-back) movies are the ones from The Hobbit trilogy, with a total cost of $623 million during the 2-year filming and production process.