The Best Blenders in 2018 – Reviews & Comparisons 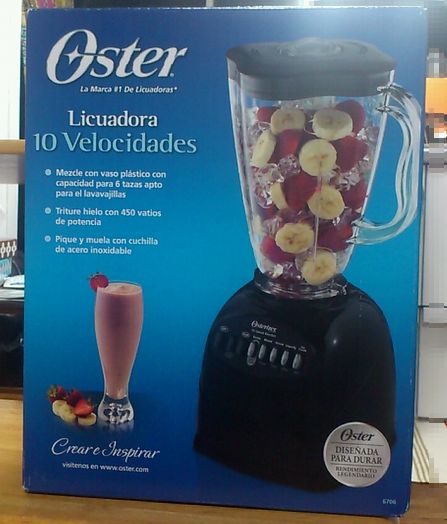 Blenders are one kitchen item you find that half the population vehemently believes is important, and the other half that doesn’t take any notice in blenders. Blenders are a fantastic purchase for anyone, ranging from college student to someone who’s a homebody and has plenty of time to prepare a meal. Blenders over the ease of mashing up an entire meal into a slurpee-form, and said smoothies also incredibly tasty when properly prepared.
In this review, five blenders are being covered; the Ninja Professional BL660, the Magic Bullet NutriBullet pro 900, the Hamilton Beach (HB) 58148A, the Oster 6706 Blender, and the Kitchenaid KSB1570SL. 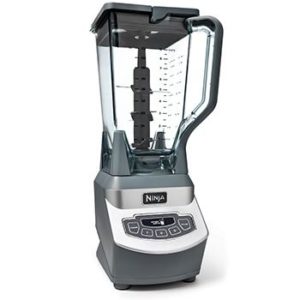 Ninja is a very ‘trendy’ and modern company, and their blenders reflect this philosophy. The Ninja Professional BL660 uses 1100 (or 1000, on a different version) watts but has up to a three speed capability, including a pulse, and holds up to 72 oz of smoothie ingredients, which also equals about nine cups. Ninja uses their own patented blade technology, which combines slicing with smashing to make a really smooth drink without many chunks. In certain packages of the Ninja Professional, they actually include a “Nutri Ninja cup,” which is a nifty little drink container that actually works with the Ninja Professional blender system itself – you can attach the cup, add your ingredients, make your smoothie, remove the blade at the bottom and you’re all set to enjoy. The plastic material of the Ninja Professional’s cup is BPA-free, meaning it’s dishwasher safe. The disattachable blades are also safe for the dishwasher.

The quality of Ninja’s products are reflected in their price – the Ninja Professional BL660 is actually one of the cheaper models, available starting at $83 based off online prices. There is a 1000 watt edition available, a 1100 watt edition available with the previously mentioned Nutri Ninja cup, the previous with the blender, cup and an included spatula, AND a “deluxe” package that includes the 1100 watt blender, the single serve Nutri Ninja cup, and a slightly wider base for the blender itself. 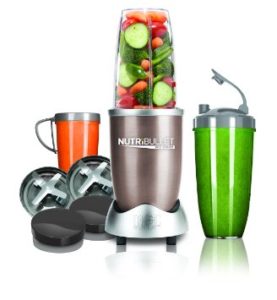 The Magic Bullet NutriBullet Pro 900 is a very sleek looking blender that has a low profile – no blades are visible, and the thing does not even look like a blender. The NutriBullet Pro 900 purchase includes 15 pieces – the high-torque base, two blades, four cups with included lids for keeping your smoothies fresh, and various paperwork which includes the manual, a pocket nutritionist and a “bonus” recipe book. The NutriBullet Pro 900 actually makes your smoothie (or whatever else you might make) right in the included cup itself – when your smoothie is of a satisfactory thickness, you turn the NutriBullet Pro 900 off, attach a lid to whatever cup you used (your choices are ‘Colossal,’ ‘Tall,’ and ‘Short’) and that’s it. This blender only uses 900 watts, too – watt usage for blenders isn’t a big deal, but hey, if you can save a couple bucks just based on blender usage then why not?

The Magic Bullet NutriBullet Pro 900 is available for anywhere from $80 to $85, depending on internet prices and marketplace. 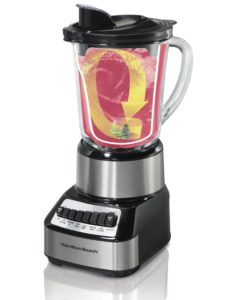 The Hamilton Beach 58148a “Power Elite Multi-Function Blender” is a neat little blender. For only usage of 700 watts, it offers 12 blending functions and is made to be an all-in-one replacement for food processors, blenders and even juicers. The size of the cup on top of the blender is around 40 fl oz. The blending functions include sauces, dressings, purees, smoothies, yogurt and milkshakes – each individual setting will cause the blade to spin at a speed appropriate for whatever delicacy you might be trying to make. Hamilton Beach has an excellent out-of-the-box warranty, as well; when you purchase the 58148a, Hamilton Beach provides a 3-year limited warranty. They’ll ship you a replacement product with an included box for you to ship back the defective product. An optional add-on for the 58148a is a “chopper,” which is a more scaled-back version of the blender cup – it’s meant to serve as more of a food processor, or if you want to cut up vegetables for, say, tuna salad.

The Hamilton Beach 58148A is available for as low as $23 based on internet prices, but can be found in brick-and-mortar stores for around $25. The optional chopper package only costs $3.49 more for a total of $28.49 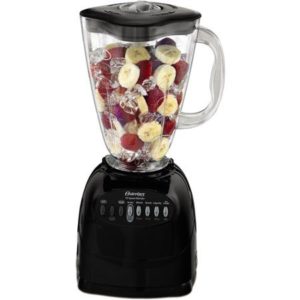 The Oster 6706 is a 10-speed blender at only 750 watts. On blenders, variable speeds make for a more customizable experience – slower speeds chop up everything more finely but obviously take longer, while faster speeds slice and dice everything but can leave chunks. The Oster 6706 has ten speeds to pick from, all of which are able to sufficiently blend and crush ice to make for a great smoothie. The 6-cup shatter-resistant plastic jar is BPA free, meaning you can put it in your dishwasher for easy cleanup. The top is a removable filler cap for convenience of adding any ingredients to the smoothie mix, as well. 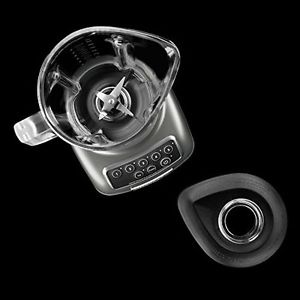 The Kitchenaid KSB1570SL looks like the holy grail of blenders – it’s very sleek and reminiscent of everything that’s familiar about blender design. The KSB is available in four colors; Onyx Black, Empire Red, Silver and White. The KSB offers 5 speeds on top of a stainless steel designing, giving a smaller variety of functionality (but more efficient blades and chopping) in exchange for very good build quality. Also included is a “soft start” feature, which will slowly start the actual blending process so as to not start making unwanted chunks right off the bat. The top jar is actually made of pyrex glass, and is certified as BPA-free meaning it’s safe for dishwashers.

The KitchenAid KSB1570SL is available for around $50, based on current internet prices, and there are no extra packages for the KSB – just the purchase of the lone blender.

Your choice of blender should vary on your usage and familiarity with blenders. If you’re a hardcore blender and food processor user, maybe someone who’s trying to live a healthy life and improve their diet with vitamin-enriching smoothies, then you should get a blender that stands up to day-to-day life and also performs well. The Ninja Professional or the NutriBullet Pro would be the way to go for any diehard smoothie (or milkshake) fan. If you’re on the other end of the spectrum, or simply looking for a blender that works at the price, then the Oster 6706 would be the best blender to purchase, especially considering the potential Amazon pricing error – why not save $5 and get a free cup, to boot?