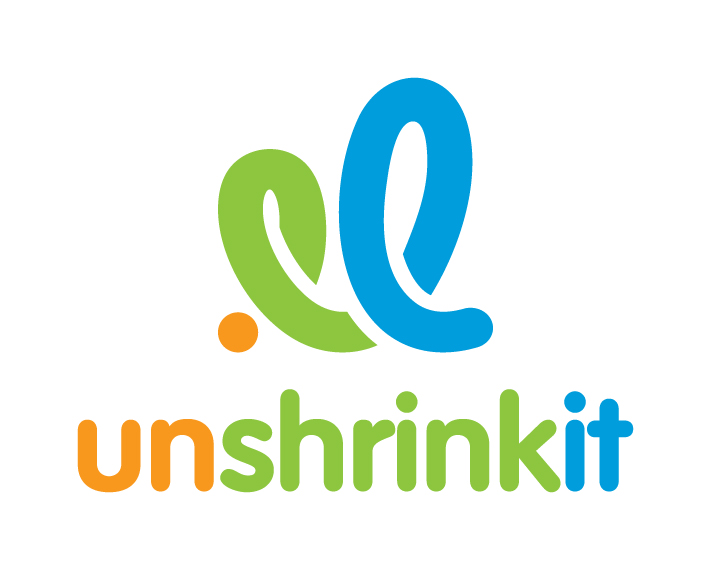 Nate Barbera and Dez Stoler have just stepped into the Shark Tank. The two of them represent Unshrinkit, and have traveled from Boston, Massachusetts. They are seeking a $150,000 investment in exchange for 10% equity in their business. Today, the two of them are here to talk about a very serious problem; shrinkage. Robert raises a finger in protest, but Nate clarifies; clothing shrinkage, that is! Dez’s own sister saved up her money to buy her a gorgeous cashmere sweater, but then she drunk it. With the help of chemistry, the two of them have found a new solution that relaxes certain fibers and allows them to be returned back to their original size.

So, how does it work? Unshrinkit works in four simple steps. First, add Unshrinkit to a gallon of water. Step two, add a sweater or clothing and let them sit for thirty minutes. Next, wash out the solution under cold, running water. Unshrinkit is color safe and hand safe. The fourth and final step is that you reshape the garment back to your desired size, then lay it flat to try. By the time that sweater dries, the fibers have elongated back to their regular size and have permanently saved your sweater. Unshrinkit works on merino, cashmere, lamb’s wool, smartwool, and in fact, Dez is here wearing the exact same sweater that she unfortunately shrunk.

What was once an unfixable laundry mistake is no longer an accident thanks to the power of Unshrinkit. So, which Shark will come along and make a deal and make the world a little smaller? Robert then asks the first question, how do you stop the sweater from growing gargantuan in size? Dez explains that the fibers are manufactured to a certain length, so what they are doing is returning the sweater to the length it was manufactured at and no more. Daymond then says that if people knew to care for their clothes, why would they need this? Unshrinkit is more of an afterthought than a need-to-have product. 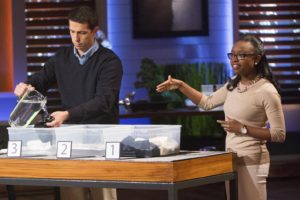 Dez explains, one of the things that brought them to the space is that she shrunk the sweater. She was thinking there was some sort of solution, but there was nothing – no sort of commercialized product that would unshrink things. But what was surprising was the millions of YouTube views of people doing it themselves and how to fix it with a home remedy, so knowing that there was a market with hundreds of thousands of YouTube views and potentially many more dollars, they knew that they had to create something. As a result, they have sold 5,000 years to earn $35,0000 in sales.

Lori asks about the background of the duo, asking if they have roots in chemistry. Nate explains that none of the people are chemists and he himself is actually a mechanical engineer, but when Dez found out the solution to the problem, he figured some of his expertise from working at Johnson and Johnson developing medical equipment would come in handy. He is a problem solver, and all of the Sharks love this. Daymond asks if Nate developed the product while he was working at Johnson and Johnson, but he says that the Unshrinkit formula was actually developed when they were in business school. Robert asks what university, and the two of them explain that they both went to Harvard.

Robert then asks what is proprietary about Unshrinkit, and Nate hands Robert a sample of wool that is pulled straight from a lamb. Robert then hands it to Kevin, and Nate continues on to explain; there is actually a protein bond that keeps the fibers curled into a configuration. When you take your sweater and throw it in the washer and dryer, the hot water and agitation from the wash cycle actually breaks those bonds and allows your sweater to curl back up. The chemistry is that their product reforms that bond and allows for your sweater to take its original shape. The most proprietary thing is a compound, but it has never been used and there has never been used to unshrink wool.

They have patented the method and use of the compound, which is still pending. Lori then asks if you purchase a wool item and care for it properly, it will never actually shrink. Robert and Daymond agree with that, and Nate says god bless you if you do, but that is not their issue. Kevin then says that the mistake happens enough that a market has formed for the solution. Dez explains that 45% of Americans shrink an item each year. Daymond, however, says a lot of wool being bought and processed does not shrink the way that Dez and Nate have explained, so it is more like 12% or so.

Kevin then asks for the dollar amount of the market behind the unshrinking market, and Dez guesses it is around $200 million. Kevin then asks how he would get up to capture all $200 million of the market as an investor. Dez explains that there are two steps; the first is they do not see it as a reactive product since it is something you should not need to purchase when you make a mistake. As far as the two of them are concerned, it is akin to aspirin – you should always be safe with this in your closet or cupboard, ready to use. 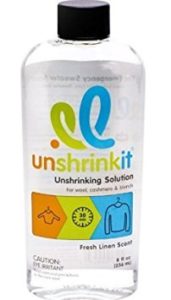 The second thing is that they are looking at the upcoming projections, which should net them $135,000 at the end of this year at 20,000 units. Mark voices a question but Daymond stops Mark, asking where the products are being sold to. So far, they do have retailers that are showing interest (since early September, which was no more than 3 months prior to the filming of this episode). Daymond asks what sort of retailers are coming to them, and Dez says that they are looking at Jo-Ann Fabrics and Macy’s.

Daymond stops Dez and asks if they are looking at the stores, or are the stores looking at them? It is a combination of both, as they have received a lot of outreach from retailers but have not had the inventory to fulfill their orders. Kevin then asks how much it sells for, which is $12 to $15, and the cost to produce a unit, which is around $1 for a full bottle. Lori asks why they are selling it for a high price, and Dez explains that they launched at a price of $9.99. Any typical product in the laundry aisle ranges from $4 to $12, so they began to get feedback from people who would say that they cannot believe that their product saved a favorite article of clothing.

These same people said that they would pay up to 3 times as much to have back their entire closet, so they felt Dez and Nate were undervaluing their product. In addition, investors had told the two that they were undervaluing their product, as well, since there is an emotional connection to a lot of wool garments. A lot of things that Unshrinkit will save is a beloved clothing item. Kevin then asks if Nate would call this a business or a product, and Nate says that is on the cusp of turning into a business. Kevin then asks which one of them is the CEO, and Nate points to Dez.

Kevin says that he likes that, and Lori says that the best things are when you have a solution to a problem. But Lori thinks that they have a very limited market here, since wool products are not commonly bought, unlike cotton products. A person needs to have shrunk a wool product, which is unlikely, which makes the market even smaller. Lori is the first Shark out of the deal.

Robert thinks it is a great idea and there is a target market of people on a relatively limited budget. He asks how big they can scale over the next year, and Nate is confident they can get up to $2 million in sales. Kevin then poses an offer of $150,000 in exchange for a third of the company, 33.3%. Kevin does not know what it is worth but he likes the idea. Nate explains that they appreciate the offer but would like to entertain any other offers, but he counter-offers of $150,000 for 15% equity.

Kevin asks why he would do that since there is no other offer, and Nate looks to the other three Sharks who have not said anything yet. Daymond explains that in his company, Fubu, they never had a shrinkage problem, so he would only be interested in licensing the offer. Daymond offers $150,000 in exchange for 25% contingent upon licensing.

Mark says he is not a clothes guy but the two are smart and seem to know what they are doing, so Mark offers $150,000 in exchange for 15%. Dez and Nate look at each other, and the exact conversation has Nate asking Dez, “Dez?” Dez immediately replies yes, and the two rejoice with their newfound Shark partner. The two are incredibly giddy in the following segment, excited that Mark Cuban did not even attempt to haggle or berate them.

UnShrinkIt Now in 2018- The After Shark Tank Update

Eugh… The first noticeable thing from a google search is that UnShrinkIt only has a 3 star rating across a whopping 370 reviews on Amazon. So… half the time it works, and half the time it does not work. Still, the sales for the product are strong and a full bottle is still available for $12.99, or a thrifty consumer can purchase a pack of 2 for $19.95.

UnShrinkIt now has a vivid social media presence, which includes information such as how to avoid shrinking your sweaters, and potential tips for entrepreneurs and Shark Tank-hopefuls.