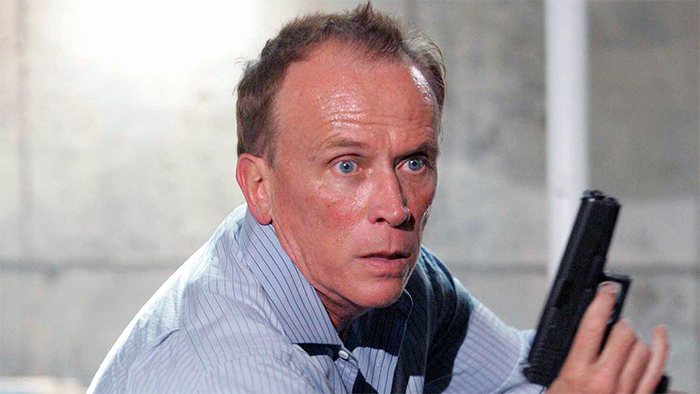 American actor Peter Weller is most well known for his leading roles in the first two cyberpunk, RoboCop films. More recently, he has been recognized for his role as the corrupt police officer, Stan Liddy, on the 5th season of Dexter. Since his debut back in the early 1970s, Weller was involved in over 70 different television shows and movies. Weller has also won several awards.

Taking a look at Weller’s filmography, it would seem that the veteran actor has been occupying himself with the American crime drama, “Longmire” which has aired from 2012 to 2015. In the television show, Weller plays a minor reoccurring characterーLucian Connally, a retired Sheriff. But with his last appearance on the crime series being over a year ago, one has to wonder…what has Weller been up to lately? Has he shied away from the small screen? What happened to Peter Weller? What is he up to now in 2018? 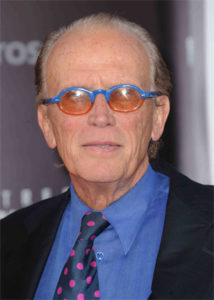 Born on June 24, 1947 in Stevens Point, Wisconsin, Peter Weller was the son of Dorothy and Frederick Weller. His dad was many things including a judge and a helicopter pilot for the United States Army. He is of English, German, French, Welch and Irish descent. Due to the work his dad was involved in, Weller often traveled and stayed abroad in various countries as a young child. 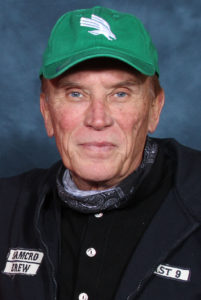 Weller had his first acting debut at the age of of 26, in a television film titled “The Man Without a Country” in which he got the role of Lt. Fellows. He later starred in various other films during the ’70s and ’80s including “The Silence”, “Kentucky Woman” and “Two Kinds of Love”. Weller had his first role in a television series in 1977; he played Donald Stryker in an episode of “Lou Grant”. The actor also appeared in the mini-series “Mourning Becomes Electra” and “Butch and Sundance: The Early Days” during the late ’70s. Weller continued to appear in various television films and series throughout the 80’s and 90’s.

But acting didn’t seem to be his only passion. In the 90’s, Weller began working as a television director. His first works as a director included “Partners” in 1993. The actor also directed other series on the small screen such as “Homocide: Life on the Street” and “Michael Hayes” in the late 1990s.

In 2005, Weller had a small acting role in the Star Trek prequel, “Star Trek: Enterprise”. After shooting for the series, he later returned back to his directing ventures; Weller went on to direct an episode of the 2006 American comedy “Monk”.

Appearances in the Popular Television Series, “24” and “Dexter” 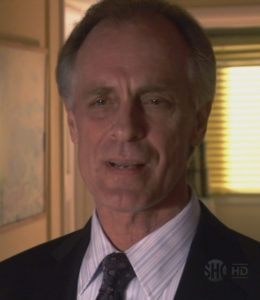 A year later in 2006, the actor landed a role in the fifth season of the critically acclaimed American series, “24”. The show is unique in that each episode takes place over the course of an hour and depicts events in real time as they happen; each season covers 24 hours in Bauer’s life.

In “24”, Weller played the role of William Christopher Hendersonーa former Director of Field Operations of CTU Los Angeles. He first appeared in the episode “Day 5: 4:00pm-5:00pm” and was on the series for a total of 11 episodes. Weller’s character was later killed by protagonist Jack Bauer in the episode “Day 5: 5:00am-6:00am”.

A few years later, Weller appeared in “Fringe” as scientist Alistair Peck. However out of all the roles which he has had over the years, perhaps one of the most popular (to the younger generation anyways) is that of Stan Liddy in the popular crime mystery series, “Dexter”. Weller joined the Dexter family in 2010 and was originally introduced in the fifth episode of the show. Stan Liddy was a corrupt police officer in the Narcotics police division. After being terminated from his position, Liddy makes it a personal mission to uncover the secrets of the show’s antihero, Dexter.

In 2012, Weller started working for the A&E (now Netflix) series, Longmireーboth as a director and an actor. In the American crime drama, Weller plays the role of a reappearing character named Lucian Connally. During its four season run, he directed a total of four episodes and had starred in various episodes as retired Sheriff, Connally.

Knowledgable and smart, Weller earned a master’s degree at Syracuse Unversity in 2004. Afterwards, he taught occasional classes of history at the university. But a master’s degree isn’t all that this veteran actor has underneath his belt; he also began working at a Ph.D in 2007. He filed his thesis, titled “Alberti Before Florence: Early Sources Informing Leon Battista Alberti’s De Picturra” in October 2013 and was awarded his doctorate degree a year later in 2014.

Relationship-wise, Weller married long time girlfriend and actress, Sheri Stowe on June 24, 2006 at the Santa Maria Assunta church in Positano, Italyーon the day of his 59th birthday! The couple have a daughter together named Kate. 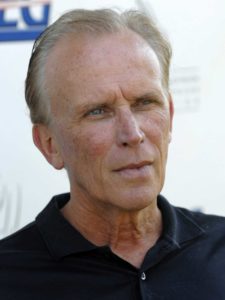 Looking back, it seems that Weller has been more active working as a television director as of late. His role as Lucian Connally in the Netflix series Longmire was in fact, one of his most recent acting appearances. In 2015, Weller was accredited for much more as a director than an actor; has he decided to put acting to the side for now? During the year, he has directed many episodes of television drama including “Justified”, “Under the Dome”, “Tyrant”, and “Sleepy Hollow”.

While he has not taken up any major roles lately, the actor has appeared as himself in an upcoming TV series documentary called “A Director Prepares: Bobby Roth’s Masterclass”. During the three hour documentary, viewers will be taken on an adventure through every stage of movie production. Through exclusive footage and interviews, viewers will be able to get a better idea of the film-making process. Peter Weller is one of the many actors that are to be featured in the documentary.

Whilst Weller hasn’t been in the headlines much these days, he has been mentioned in a recent revealing of the Buckaroo Banzai remake. Back in 1984, the actor played the movie’s main antagonist of Buckaroo Banzai. In May of this year, film maker Kevin Smith has announced that he will be developing a television series based on the original film and had expressed his wishes for the original actor to return for the role of Buckaroo.

More recently in June, Weller has been cast in Twisted Pixel’s upcoming Oculus game, “Wilson’s Heart”. The game was announced on Youtube’s live E3 stream in June and appears to be darker than any of the studio’s prior works. The actor will be leading the cast as the game’s protagonist Wilson and will be joined by Rosario Dawson and Alfred Molina of Daredevil and Spider-Man 2 fame respectively. We have no doubt that the veteran actor will be able to pull off the role perfectly!

…and did we also mention that Weller had just celebrated his birthday a short while ago? The actor turned 69 a few days ago on June 24th! Happy Birthday!