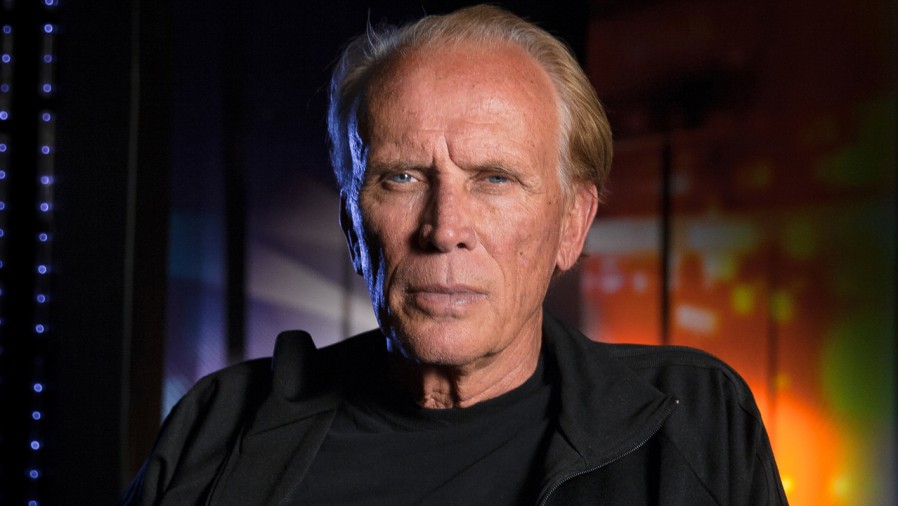 Peter Weller is a stage and screen actor, perhaps most well-known from the classic Robocop movie, and from the TV shows Dexter and Sons of Anarchy.

Peter Frederick Weller was born in Stevens Point, Wisconsin. His mother Dorothy Jean (Davidson) was a stay at home mom. His father Frederick Bradford Weller was many things including a helicopter pilot for the United States Army. Because of the father’s job, the family traveled a lot. Peter lived in Germany in his teenage years, before the family moved to San Antonio, Texas. After getting out of high school, he attended North Texas State University, and got his degree. He then got a scholarship to the American Academy of Dramatic Arts.

Peter Weller then trained under legendary actress and drama coach, Uta Hagen. He appeared on and off Broadway in plays such as William Inge’s “Summer Brave”, Thomas Babe’s “Rebel Women” and “Full Circle”, one of Otto Preminger’s last plays. His portrayal of Billie Wilson in “Streamers”, directed by Mike Nichols, was critically acclaimed. He continued giving great performances on stage as Cliff in “The Woolgatherer” and as Nick in the first American production of David Mamet’s “The Woods”. During this period, he joined the Actor’s Studio, training under Elia Kazan and Lee Strasberg. 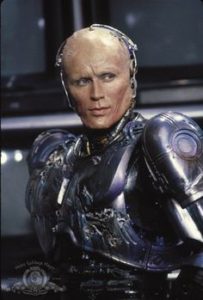 Weller’s acting career didn’t stop at the stage. Over the years, he has appeared in over 70 films and television series. He made his screen debut in Butch and Sundance: The Early Years (1979). He then appeared Sidney Lumet’s Just Tell Me What You Want (1980), and in Alan Parker’s Shoot the Moon (1982). He was also in Firstborn (1984), the HBO feature Apology (1986), and Of Unknown Origin (1983) – which earned Weller the Best Actor award at the Paris International Film Festival.

He starred in W.D. Richter’s 1984 cult classic The Adventures of Buckaroo Banzai. His next role would be his most iconic one: Robocop. The director said he chose him because of his expressive lips. Robocop was successful, and Weller returned for the sequel.

After that he starred in several minor thrillers, but his next big role would be in David Cronenberg’s Naked Lunch (1991) in which he played a drug addicted writer. This gave Weller the opportunity to showcase his talents as a dramatic actor. His performance was critically acclaimed.

Weller had more success on television than he did on the big screen. He made his TV debut in 1977 on the show  “Lou Grant” where he played Oberster SA-Führer Donald Sterner/Stryker, a Neo-Nazi leader that killed himself when he discovers he is Jewish. He then appeared on the short-lived series Odyssey-5. He also guested on Star Trek: Enterprise.