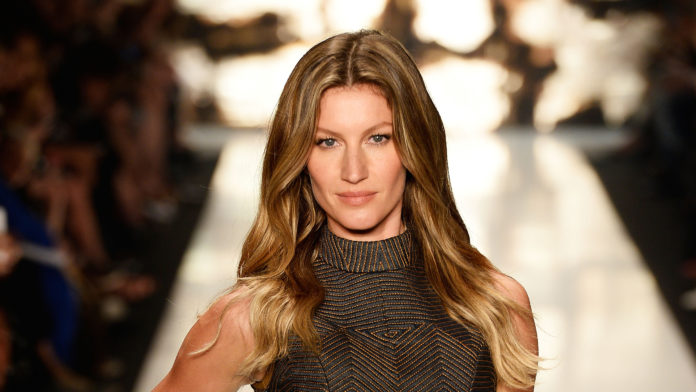 Gisele Bundchen is one of the most successful supermodels who has ever graced the runway. With a career of almost two decades Bundchen amassed a staggering fortune and has made a name for herself. Aside from modeling she also has businesses that add up to her impressive net worth. Of course with all the money flowing in, she’s always extended a generous hand towards the needy with her charitable endeavors.

Read on and find out more about Giselle Bundchen’s rise to wealth and success.

How did Gisele Bundchen make her money & wealth?

Gisele Caroline Bundchen was born on July 20, 1980, in Três de Maio, Rio Grande do Sul, Brazil. Bundchen’s childhood days were plagued with excessive bullying from her classmates due to her lanky figure which earned her nicknames like ugly duckling and Olive Oyl.  Her towering height allowed her to join the school’s volleyball team and being a professional player was initially her dream. However things changed when Bundchen’s mother got her into a modeling workshop where she had her first taste of the catwalk. Later on an agent discovered Bundchen while eating at a mall and was asked to join the 1994 Look of the Year event helmed by the modeling management group Elite where she emerged as one of the finalists.

In 1996 Bundchen went to New York and sought out modeling opportunities. Her perseverance paid off when she was among the models that graced the runway during the New York Fashion Week. Bundchen stayed in the city despite not knowing how to speak English fluently. A year later she flew to London where she earned praise from the renowned designer Alexander McQueen for effortlessly walking down a wet platform while wearing heels. The accolade help boost Bundchen’s image which led to her appearances in numerous magazine covers and in advertising campaigns of many renowned brands. Before the 90s ended Bundchen appeared thrice in Vogue and she was given the Model of the Year award by the magazine.

Bundchen greeted the new millennium with a contract from Victoria’s Secret that’s worth $25 million. She received an annual salary of $5 million and wore the incredibly-expensive Victoria’s Secret Fantasy Bra twice during her tenure. Bundchen parted ways with the lingerie company in 2007 to look for other opportunities in the field. Bundchen continued her modeling career and raked in various accolades until her retirement in 2015 after doing around 470 walks and more than a thousand appearances in magazine covers and advertising campaigns.

Bundchen has other ventures outside of modeling and lucrative contracts with companies that contribute to her staggering wealth. In 2001 she teamed up with footwear company Ipanema and released her own brand of sandals. She expanded her products to include accessories and clothing with Dutch retail chain C&A, lingerie with Brazilian brand HOPE, and her own natural skincare products named Sejaa. Bundchen also tackled the entertainment industry by making appearances in the films Taxi (2004) and The Devil Wears Prada (2006), and in 2010 she collaborated with AOL Kids for an online animated series titled Gisele and the Green Team in which she provided the voice of her character. In 2015 the model published Gisele, a coffee table book priced at $700 and was sold out even before it was released.

Yes. Bundchen married quarterback Tom Brady in 2009 after dating for three years. Prior to that, Bundchen was linked to actors Leonardo DiCaprio and Josh Hartnett, businessmen Rico Mansur and Paulo Diniz, and surfer Kelly Slater.

Does Gisele Bundchen have kids? 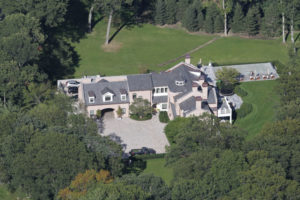 Bundchen and Brady purchased their Brookline, Massachusetts mansion for $4.5 million in 2013. Last August the couple bought an apartment in New York City for $20 million although it is yet to be constructed.

Bundchen was spotted driving a black Audi A8. She was also seen with Brady on a black Rolls Royce and a red quad bike, with the latter gathered controversy when Bundchen rode it while carrying her baby Vivian.

In 2003 Bundchen donated $150 thousand to the Fome Zero (Zero Hunger) program initiated by the Brazilian government to fight hunger in the country. During the same year she designed a platinum heart necklace with the help of jewelry manufacturer Gumuchian Fils and Platinum Guild International. 25% of its sales were donated to St. Jude Children’s Hospital to help children with cancer.

Bundchen auctioned off her iPod with an autograph and personal playlist in 2005 and the proceeds were donated to the charity Music Rising. The said charity supported musicians in New Orleans in the aftermath of Hurricane Katrina. A year later Bundchen was hired by financial corporation American Express for the advertising campaign of their Red credit card. A percentage of earnings derived from the card were donated to support the fight against AIDS in Africa. Bundchen also modeled for companies that supported Project Red.

In 2008 Bundchen sold some of her jewelry in support of the Diamond Empowerment Fund, a non-profit organization that supports diamond-producing countries. She’s also an avid supporter of charities that protect the environment like Rainforest Alliance, World Wildlife Fund for Nature (WWF), and many others. Her project Forests of the Future helped plant trees in Brazil to combat deforestation. She became part of the board of directors of the Rainforest Alliance in 2014. She was also included at the documentary series Years of Living Dangerously where she toured the Amazon rainforest to reveal the damage done by illegal deforestation.

She gave $250,000 to the organization Save the Children and to the Pacific Tsunami Relief of the Red Cross, and in 2010 Bundchen gave a whopping $1.5 million to help the relief efforts in Haiti after the devastating earthquake that year. In 2011 Bundchen gave a $1 million donation to the Japanese Red Cross Society.

Aside from donating, Bundchen set her sights in starting her own charitable organization. In 2007 she founded The Luz Foundation with the aim of improving the lives of children through programs and donations and with the help of other organizations. Bundchen also makes personal visits to children in hospitals such as the Dana-Farber Cancer Institute.

Bundchen was a United Nations Goodwill Ambassador in 2009 and made several personal visits to Africa.

Bundchen’s modeling career was studded with various accolades. She’s usually listed as one of the most powerful women in the world, one of the biggest names in Brazil, and together with her husband as among the most powerful couples. For five years straight she was at the top spot of Forbes highest-earning models.

She was touted as the “King Midas of fashion” due to her knack of boosting sales of products and companies that she endorsed like Under Armour and Oral B Brazil.

For her generosity Bundchen was included in the list of celebrity donors with the biggest donations at The Giving Back Fund in 2011. The next year she was the 15th most generous celebrity out of 30 as ranked by Forbes.