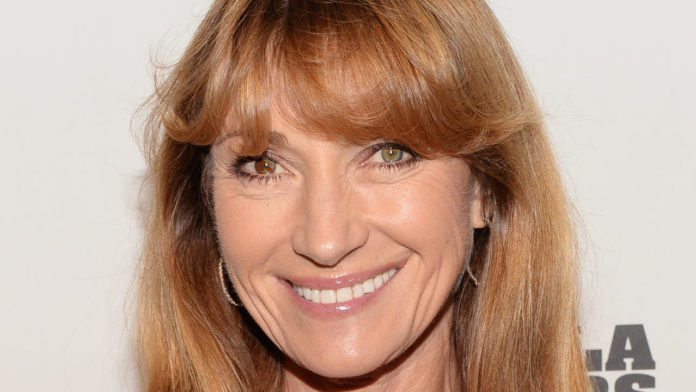 Jane Seymour is a British actress who is probably best known for her role in the James Bond film, Live and Let Die. Trained in the art of ballet as a young girl, Seymour eventually chose to pursue a career in theatre after suffering a knee injury that effectively ended her dancing dreams in her teen years. Taking on the name of “Jane Seymour” up on the stage, she entered the entertainment scene at the age of nineteen when she appeared in the war movie, The Only Way. Determined to make herself known as an actress, Seymour continued to go behind the cameras for various projects over the next few years including the television series, The Onedin Line in 1972ーwhere she played her first major role on the small screen. However it wasn’t until 1973 that she achieved mainstream fame when she was cast as Solitaire in Live and Let Die.

Propelled into stardom after starring in the James Bond film, Seymour soon began to land more dramatic roles over the next few years. Now a seasoned veteran in the industry, the blonde beauty has established well over a hundred credits to her name as an actress. Considering her multi-decade career, it’s also not surprising that she’s accumulated a number of awards throughout the years. In 1980, Seymour was presented with a Saturn Award for her work in the film, Somewhere in Time. Since then, she has also won two Golden Globe Awards for East of Eden and Dr. Quinn Medicine Woman, as well as an Emmy Award for Onassis: The Richest Man in the World. One of the most honoured actress hailing from England, Seymour was also made an Officer of the Order of the British Empire in 2000.

Besides her success in the show business, Seymour is also an accomplished writer and has authored a number of books including Jane Seymour’s Guide to Romantic Living (1986), Remarkable Changes (2003) and Having Twins (2002). On top of her inspirational and self-help books, she has also been involved with the writing of multiple children’s books for the popular This One ‘N That One series. A familiar face on television, Seymour has also appeared as a guest in numerous television talk shows such as Larry King Live (2005), Ellen: The Ellen Degeneres Show (2007), The Alan Titchmarsh Show (2009) and The Marilyn Denis Show (2011). In 2007, the actress also took part in the dancing competition series, Dancing with the Stars.

But what has the celebrity actress been up to since then? What are some of her more recent projects? What happened to Jane Seymour? Where is she now in 2018? 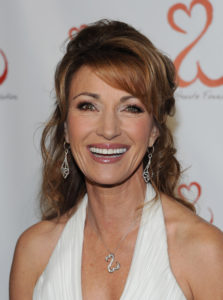 Born on February 15, 1951, in London, England, Seymour (Birth name: Joyce Penelope Wilhelmina) is the oldest daughter of John Benjamin Frankenberg, a physician and Mieke van Tricht, a nurse who worked for the Red Cross; she has two younger sisters named Anne and Sally. As a young child, Seymour had an unwavering love for ballet; she enjoyed it thoroughly and trained vigorously every day, in hopes of pursuing a professional dancing career later down the road. When she was thirteen years old, she made her professional debut when she performed as part of the London Festival Ballet Group. To further her training and instruction, she eventually enrolled at the Arts Education trust during her later teen years.

However despite Seymour’s passion for dancing, it eventually all came to an end when she was sixteen years old. Due to sustained knee injuries, the aspiring ballerina was ultimately forced to quit what she’d known to be her life for the past years. Although initially distraught at the thought of parting ways from ballet, Seymour soon began to develop a new interestーacting. Turning towards theatre, she later gave herself the stage name of “Jane Seymour, having thought that it seemed much more presentable for an actress. Shortly afterwards, she appeared in her first film, Oh! What a Lovely War in 1969 at the age of nineteen, albeit having been uncredited. 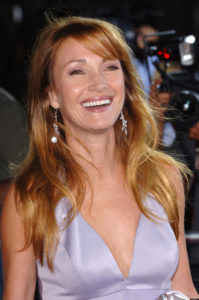 A little while after her first on screen experience, Seymour landed her first major movie role in the 1970 war film, The Only Way; in it, the actress portrayed the role of a Jewish woman who tried to escape Nazi persecution by hiding herself in sheltered homes. Slowly offered more parts as she rose from being an unknown in the industry, Seymour eventually received a leading part on the small screen when she was cast as Emma Callon in the popular 70’s drama, The Onedin Line. Some of the other projects which she was involved with during that time include Young Winston (1972), The Pathfinders (1972), The Strauss Family (1972) and Great Mysteries (1973).

A few years after making her debut, the actress received a breakthrough in her career when she was given a leading role in the famed James Bond film, Live and Let Die in 1973. The eighth spy film of the series, the movie opened in theatres in June 1973 and was met with critical praise, especially for its dramatic action scenes. Based on a novel of the same name, Live and Let Die followed Agent 007 as he tried to stop a baron with drug ties from putting his diabolical plan into action. In the film, Seymour played the role of Solitaire, James Bond’s love interest in the movie; other starring actors include Roger Moore as 007, Yaphet Kotto as Dr. Kananga and Julius Harris as Tee Hee Johnson. A box office success having grossed over $161 million, the film was also nominated for an Academy Award and a Grammy Award the next year. 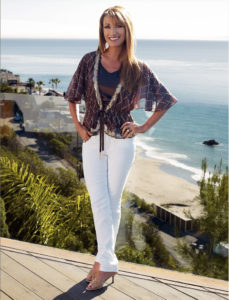 Her acting talents brought to media attention, Seymour later played the character of Marjorie Chisholm Armagh, in the television mini-series, Captain and the Kings. Adapted from the historical novel of the same name by author Taylor Caldwell, it chronicled the life of Joseph Francis Xavier Armagh, a poor irish immigrant who through hard work, manages to become one of the most powerful figures in the country. Captain and the Kings went on air during the 1976 broadcast season on the NBC Network, where it continued for eight episodes. For her portrayal of the character, Seymour received a Primetime Emmy Award nomination for the category of “Outstanding Lead Actress in a Miniseries or a Movie.”

A few years down the line, the actress was cast as the main female protagonist in the romantic science fiction, Somewhere in Time. Directed by Jeannot Szwarc, the film was an adaptation of Bid Time Return, a 1975 novel written by Richard Matheson. Noted for its soundtrack written by John Barry, Somewhere in time tells the story of Richard Collier, a man who ends up travelling back in time to the early 1910’s through self-hypnosis, to find a woman on a photograph which he’d found earlier. While Seymour played the part of Elise McKenna, the woman in question, Christopher Reeve played the role of Richard; other actors in the cast list included Bill Erwin, Teresa Wright, Eddra Gale and Susan French. The actress’ acting in the film eventually garnered her a Saturn Award nomination for “Best Actress.”

For the rest of the 1980’s, Seymour appeared on the screen in a series television movies including The Scarlet Pimpernel (1982), The Phantom of the Opera (1983), Jamaica Inn (1983), Dark Mirror (1984), Obsessed with a Married Woman (1985) and The Woman He Loved (1988). Following a few rather uneventful years during that period, she returned to the limelight when she took part in the American miniseries, War and Remembrance as the lead female, Natalie Henry in late 1988. Created by Herman Woulk, the series chronicled the lives of the Jastrow and Henry families after the United States’ entry into the second world war. Critically acclaimed, War and Remembrance won multiple Emmy Awards including ones for the category of “Best Mini-Series”, “Best Single Camera Production Editing” and “Best Special Effects.” Likewise, Seymour also received two nominationsーone for the Primetime Emmy Award and another for the Golden Globe Award, for her portrayal of Natalie.

Perhaps one of the biggest roles of the actress’ career, Seymour later played the character of Dr. Michaela Quinn in the western series, Dr. Quinn, Medicine Woman. First aired on the CBS Network in January 1993, the show revolved around her character, “Mike”ーa wealthy female physician from Massachusetts who sets off to a small wild west town after the death of her father, to establish her own practice. A major hit, the television series attracted millions of viewers across the country and ultimately continued for over 140 episodes, spanning over six seasons; Dr. Quinn, Medicine Woman eventually wrapped up in 1998 after five years. Praised for her perfect pitch acting, Seymour received a Golden Globe Award for “Best Actress in a Television Series Drama” for her role as the show’s main character; she also received a string of nominations including one for a Primetime Emmy Award and one for a Screen Actors Guild Award. 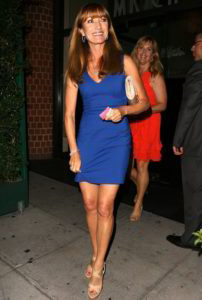 In January 2016, Seymour made an appearance on the big screen in the American comedy film, Fifty Shades of Black. A parody of the erotic, Fifty Shades of Grey, the movie followed Hannah, an unattractive university student as she finds herself interviewing Christian Black, a well-off entrepreneur, for her friend’s school newspaper project; Hannah eventually falls for the man, however only to realize later than he’s not actually quite the romantic type. In the film, the actress plays the role of Claire Black, other wise known as the mother of said wealthy entrepreneur. Despite less than ideal reviews, Fifty Shades of black has since grossed over $21 million at the box office across the world.

Another movie that Seymour has recently appeared in is, High Strungー a drama film that was released in theatres in April 8, 2016. Directed by Michael Damian, the movie tells the story of Ruby, a classical dancer who ends up meeting a young violinist on her way to go to the Manhattan Conservatory of Arts. In the film, Ruby is portrayed by Keenan Kampa while the violinist, Johnny, is played by Nicholas Galitzine; Seymour plays the supporting role of Oksana.

Earlier this summer, a spectacular, $2 million Blue Diamond Ring was unveiled by the World of Diamonds Group; the stunning 2.08 carat piece of jewelry had been made in honour of the actress. Seymour had worn the luxurious ring during its unveiling in Singapore; now that the event is over, it only seems to make sense for it to go up for sale. Truly one of a kind, The Jane Seymour Blue Diamond Ring is set in platinum and plated with a layer of rose-gold.

If you’d like to stay up to date with the British-American actress, you can do so by following her on her official Facebook page! Don’t forget to also visit her official website (janeseymour.com) while you’re at it!