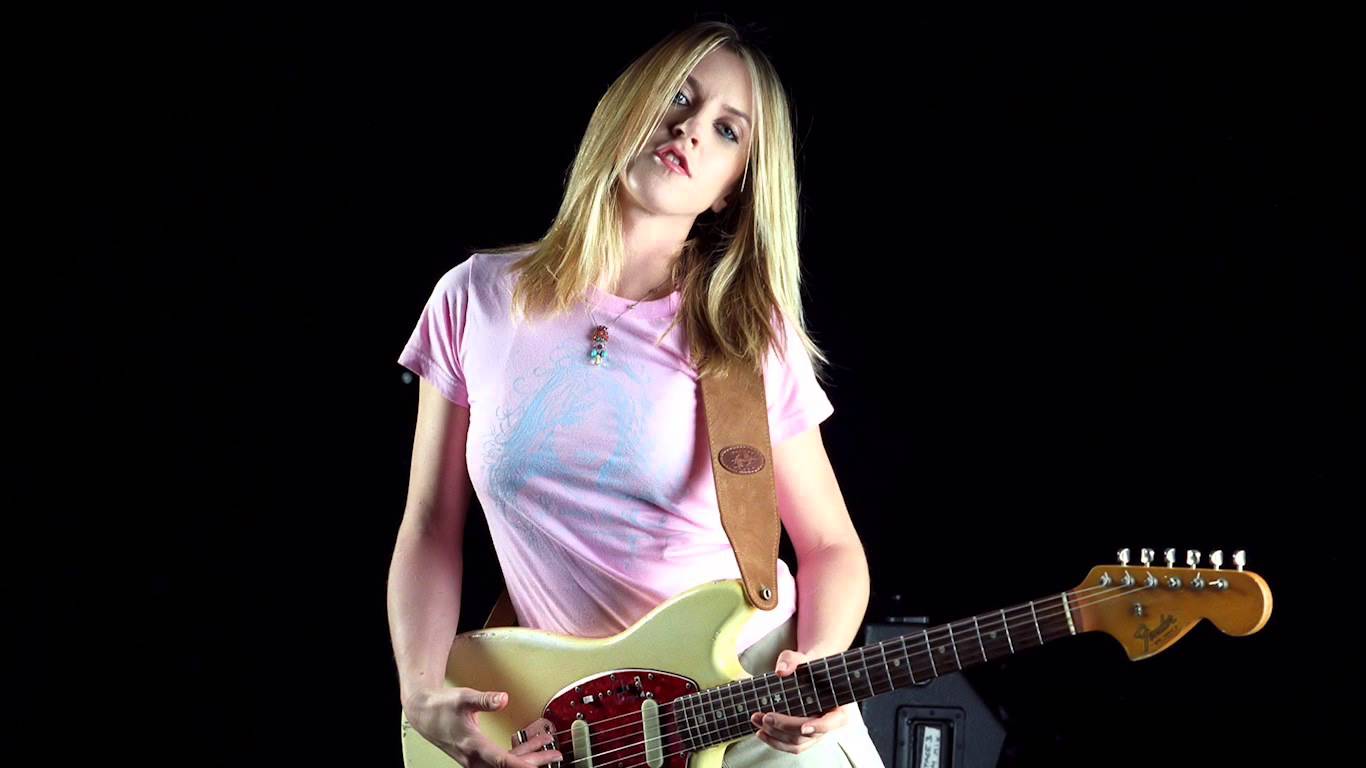 Widely known for her indie-rock style music and honest lyrics, American singer Liz Phair began her career in the 1990’s under the name Girly Sound. With an early interest in song-writing, Phair later entered into the show biz industry with her debut album Exile in Guyville in June 1993ーa record which would go on to receive the title of “Album of the Year” by The Village Voice. Seemingly having emerged from nowhere on the music scene, the young singer received an overwhelming amount of media attention upon the album’s releaseーeffectively propelling her to celebrity status. Throughout the next two decades, she continued to release five albums: Whip-Smart (1994), Whitechocolatespaceegg (1998), Liz Phair (2003), Somebody’s Miracle (2005) and Funstyle (2010), most of which would help to establish her place as a singer in the music world. In total, Phair has sold close to 3,000,000 records worldwide.

Quickly recognized for her musical talents, Phair won two ASCAP Awards for “Top Television Composer” in 2009 and 2014 as well as a BMI Pop Award for “Most Performed Work” back in 2005. During the 90’s, she also received two nominations for the prestigious Grammy Award for the category of “Best Female Vocal Performance” for her hit singles, Supernova and Don’t Have Time. Not to mention her debut album was also ranked by the American magazine Rolling Stone to be “One of the 500 Greatest Albums of All Time” in 2013. A well-respected music composer in the show business, she has also provided the soundtracks for a number of television series including Swingtown (2008), 90210 (2008), The Beautiful Life: TBL (2009), In Plain Sight (2010), State of Georgia (2011), Super Fun Night (2013) and The 100 (2014).

Besides her work as a recording artist, Phair has also dabbed briefly into acting in between her music including Cherish (2002), American Dreams (2004), Seeing Other People (2004) and CollegeHumor Originals (2014). No stranger to performances, she has also been featured as a guest on numerous television talk shows including The Rosie O’Donnell Show (1998), Jimmy Kimmel Live! (2003), Real Time with Bill Maher (2003), Late Night with Conan O’Brien (2003), Late Show with David Letterman and Ellen: The Ellen Degeneres Show, amongst several others. In 2006, she also starred as herself in a documentary mini-series called The Drug Years.

But what has the Connecticut-native been up to as of late? What kinds of new music has she been putting out? What happened to Liz Phair? Where has she been these last couple of years? 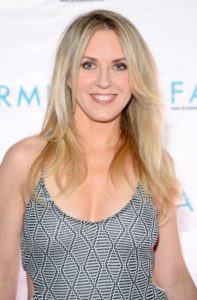 Born on April 17, 1967 in New Haven, Connecticut, Elizabeth Clark Phair (“Liz Phair”) is the daughter of adoptive parents John, a doctor and AIDS researcher and Nancy Phair, an art school instructor. With her older brother, Phair spent most of her childhood in the state of Ohio, before relocating to the Chicago area for her mother’s work. Settling into the posh suburbs of Winnetka, Phair was exposed to music regularly as a child; the house often resonated with songーmostly tracks of Bob Dylan, Joan Baez and Simon & Garfunkel and she was also sang to sleep by her mother every night. With music becoming a bigger part of her life, it wasn’t long until she began writing songs at the family’s piano as a young teen.

A student of New Trier High School in Winnetka, Phair described herself to be a “really excellent student” who excelled in most of her classes. Still an avid singer, she was an active member of the school choir, on top of being involved with the school yearbook, cross country team as well as the student government. A model student, Phair also took numerous high-level classes during her time there such as AP studio art. However despite having been an A’s student, she eventually let go of her grades towards the end of high schoolーan experience which she’d later recount to be “an existential crisis.” Following graduation, she moved back to Ohio to enrol at Oberlin College, a small private liberal arts school where she studied art history.

After graduating from Oberlin, Phair relocated to the city of San Francisco for new opportunities, a period which she spent living at a friend’s loft. It was then that she ran into Chris Brockaw, a guitarist from the rock-band “Come”, whom she had met earlier during her time at college. Coming together with their mutual love for music, the two eventually played several tunes together on their guitar for fun. With her desire to pursue a music career reignited, Phair later moved back to Chicago and began writing and composing songs; she would later record them to several home-made tapes under the name, “Girly Sound”. By the time she was done, she had two demo tapes with fourteen songs each. 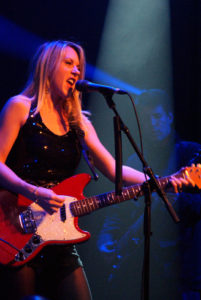 Demo tapes in hand, Phair approached Gerard Cosloy the co-president of the company, Matador Records and asked him to listen to her music. Impressed by what she had put forth, he ultimately signed the aspiring singer onto his recording label, Matador. Working around the clock to finish her first record at the studio, it was eventually finished and released in June 1993. Produced by Brad Wood and Phair herself, Exile in Guyville as it was called, still remains to be one of the best indie-rock albums to date, having had the honour of being ranked number 327 on Rolling Stone’s list of “500 Greatest Albums of All Time.” The debut album consisted of eighteen tracks and peaked at number twelve on the Billboard Heatseekers Chart and at number 196 on the Billboard 200 Chart. Critically acclaimed, it soon sold over 200,000 copies and later received gold certification by the RIAA.

Riding on her increasing popularity, Phair released her second studio album entitled Whip-Smart in September 2004. A follow-up to the singer’s well-recieved debut the previous year, it was met with generally positive reviews upon its release and reached the number twenty-seven position on the US Billboard 200 Chart. Ranked to be the sixth best album of the year by Jop Poll and Village Voice, Whip-Smart was also given the title of being “The 18th Greatest Album of Its Year” by Rolling Stone in 2014. To date, the album has sold over 500,000 copies in the country and has since been certified gold.

Following Whip-Smart, Phair took a few years break from music to focus on her family life; she gave birth to her son in December 1996. Returning to the show biz two years later, the singer released her third studio album, Whitechocolatespaceegg in August 1998. Peaking at number thirty-five on the Billboard 200 shortly after its release, the album featured sixteen tracks, most of which revolved heavily around the themes of sex and relationshipーa sharp contrast compared to her earlier works. Praised for its “storytelling-esque lyrics”, the content of Whitechocolatespaceegg was said to have been inspired by Phair’s recent motherhood and marriage experiences at the time. However despite its positive reviews, its success ultimately did not overtake that of Whip-Smart. 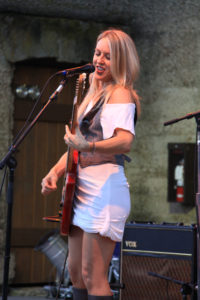 Busy with other ventures that came her way, it wasn’t until 2003 that the singer released her fourth studio album. Recorded under Capitol Records, the self-entitled album Liz Phair debuted at number twenty-seven on the US Billboard 200 Chart and also eventually reached the same position on the Top Internet Albums Chart. Although Liz Phair was criticized by many for resembling “commercialized teen-pop”, the album still managed to garner a handful of positive reviewsーfor instance, one from Entertainment Weekly which gave the album an “A-” grade.

Pressing onwards with her career in spite of the backlash from critics, Phair released her fifth studio album, Somebody’s Miracle in October 2005ーit would also be her last record under Capitol Records. Recorded within a year, the album contained a number of lo-fi guitar driven tracks which she’d composed herself. Often regarded to have showcased a softer side of the music artist, Somebody’s Miracle was met with mixed reviews and later peaked at number forty-six on the Billboard 200 in the United States. Originally modelled after Stevie Wonder’s Songs in the Key of Life, the album was successful in spawning a variety singles including Everything to Me, which was released to Radio the next month. As of the 2010’s, Somebody’s Miracle has sold over 83,000 copies in the US.

In need of a new recording label, Phair signed with ATO Records in 2008. Upon doing so, she re-released her debut album Exile in Guyville with three never-before-released tracks in June that year. During that time, the singer also became involved in composing music for various television shows such as The Weber Show and Swingtown. Following a falling out with ATO, Phair created her own independent label called Rocket Science Records in the late 2000’s.

Under it, she would eventually released her sixth album, Funstyle in July 2010. Given three and a half stars by Allmusic, Funstyle was generally met with mediocre reviews, although it did perform slightly better than her eponymous album from 2003. Made up of eleven songs, the album also included a bonus CD which contained ten of her classic hits from the Girly Sound days. It later peaked at number 181 on the US Billboard 200, and would ultimately be the artist’s lowest charting record since Exile in Guyville in 1993. 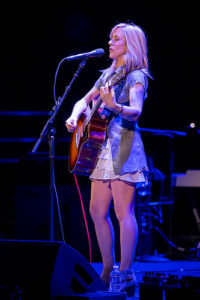 It’s true that Phair hasn’t come out with any new material for a few years, but don’t count her out of the scene just yet! At the beginning of the year, it was announced that the singer would be opening for The Smashing Pumpkins’ Spring Tourーan American alternative rock band known for its diverse yet densely-layered sounds.

As her first US tour since 2011, the musical endeavour kicked off at the Schnitzer Hall in Portland, Oregon in March 2016 and brought the singer to various cities across the nation; it eventually ended at the Cullen Performance Hall in Houston, Texas after over a dozen shows. On the stage, Phair was seen dazzling the audience members with a number of her tunes including acoustic versions of Supernova as well as Why Can’t I and Extraordinary. Upon the tragic news of Prince’s death amidst the tour, she also sang a tribute in the form of Nothing Compares 2 Uーone of the music legend’s best performing songs from the 1990’s. Since then, video-clips of the performance have also made its way online onto Youtube, with most having garnered over thousands of views.

If you’d like to stay up to date with the American singer, then make sure to follow her on social media! You can usually find Liz Phair tweeting away on Twitter (@PhizLair). Or if you’d prefer, you can also visit her official Facebook page for some of the latest news on the star (@lizphair)!