What Happened to Rakim- News & Updates 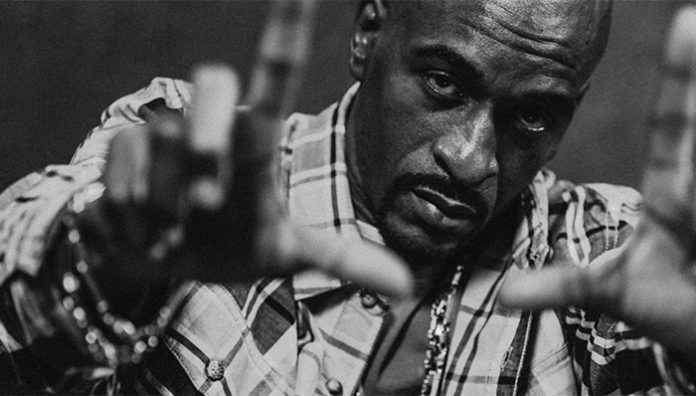 American rapper, Rakim is most well known for being the other half of the ever-so-popular group known as Eric B. & Rakim. Born into an artistically inclined family, he first began to rap during his late teen years; at the time, he had given himself the name of “Kid Wizard.” Eventually recognized for his talents in the mid 1980’s by Eric Barrier, a disc jockey at the time who was seeking a music partner, the two soon formed a duo and began performing together. A couple years after their meeting, the pair recorded a professional album in 1987. Proving to be a hit, they soon became household names in the rapping scene. Together, they released four full-length albums and fifteen singles during the 80’s and 90’s.

After enjoying many successful years with Eric B., Rakim ventured towards a solo music career in the late 1990’s. Following the split from his former partner, the artist released his first independent studio album, The 18th Letter in 1997; he later went on to release two more records within a span of ten years. Known for his “relaxed and stoic rhyming” amongst fans and critics, Rakim has received several award nominations over the years including one for the Grammy Award (e.g. “Best Rap song”) and three for the MTV Video Music Award. The winner of a 2012 BET Hip Hop Award, the artist has also been praised as one of the greatest MCs of all time by many publications including MTV and Allmusic. On top of all that, Rakim has also been placed first on The Source’s list of “Top 50 Lyricists of All Time.”

So what has the hip hop star been up to nowadays? What new projects or music have he been working on for the past few years? What happened to Rakim? Where is he now in 2018?

Rakim’s Upbringing and Eventual Start in the Hip Hop Scene 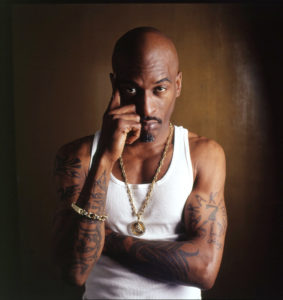 Born on January 28, 1968, in Wyandanch, Long Island, Rakim’s (Birth Name: William Michael Griffin, Jr.) African American mother was a opera and jazz singer while his Barbados father, William Griffin Sr., was a soft spoken man. Growing up in a predominantly black neighbourhood, Rakim was regularly exposed to music as a child; not only was music a constant in the house, but his older brothers had also played a variety of instruments. When he was sixteen, he made the decision to convert to the Islamic faith. While music had always held a special place in his heart, Rakim was mostly an avid athlete during his teen years; in fact, his aspiration was to become a professional football player at the time.

Discovering the world of hip-hop when he was seventeen, Rakim quickly took up the rhymes and began performing under the name of “Kid Wizard” (Rakim was a stage name that he later adopted). Working various gigs over the next few years, he eventually caught the attention of Eric Barrier, a disc jockey at one of the local radio stations. Recognizing his talents, he later invited Rakim to join him, as he had been looking for a MC to complement his musical samplings. Taking to the opportunity, the two soon formed a duo; originally calling themselves “Eric featuring Rakim,” they recorded a single demo track in 1986 called, Eric B. Is President; the demo was ultimately picked up by a recording label and was released as a two sided single later that year. Quickly rising to fame they found themselves signing a deal with the recording label, 4th & Broadway and the rest was history. 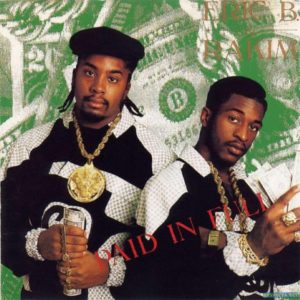 Shortly afterwards, the two aspiring artists released their first studio album called, Paid in Full in August 1987. Recorded at American DJ, Marley Marl’s home studio over a period of a week, the album was a commercial success upon its release. Regarded as a benchmark album of golden age hip-hop, the record integrated the use of internal rhymes in its tracks and effectively helped to set a higher levels of standard for future R&B artists.

Described as “one hip-hop’s most influential albums” by critics, it climbed to number eight on the US Top Black Albums Chart and at number fifty-eight on the Top Pop Albums Chart; in the UK, it settled in at number eighty-five. Showered with nothing but positive comments, the album was significant in kick starting the their musical career during the late 80’s. To date, the Platinum Certified album has sold over a million copies; in 2003, the album was listed by the Rolling Stone Magazine to be “One of the 500 Greatest Albums of All Time.”

A follow-up to their breakthrough success a year earlier, the two released their next full-length album in July 1988. Produced by the pair themselves, the album consisted of eleven tracks including Microphone Fiend, Put Your Hands Together and Lyrics of Fury. Well received by both fans and critics alike, the album climbed up to number twenty two on the Top Pop Albums Chart and to number seven on the Top Black Albums Chart in the United States. Charting even higher than their debut record, it remains to be their best-performing album to date. A best-seller soon after its release, the album later spawned several singles which went on to attain moderate success. As of September 1988, the album has been certified Gold for achieving well over 500,000 sales in the country.

In the summer of 1990, Eric B. & Rakim released their next album. In contrast to their earlier works, the album was known for containing “more serious” subject matters and featured Rakim adopting a much deeper and more “aggressive” tone. This first album under MCA Records, it garnered much positive reviews upon its release; it holds a five out of five star rating from The Source and a four star rating from critics at Los Angeles Times. Not long after being made available in stores, the album went up to number thirty-two on the US Pop Albums Chart and at number ten on the R&B Chart. Three hit singles were later spawned from the album.

Prior to the duo’s split, they released one final album in June 1992. Building on the sounds of their previous work, it contained much “socially conscious lyrics” with Rakim bearing an even more “aggressive” tone of voice. Also noteworthy is the eventual single, Casualties of War, which has been considered by many to contain some of the most political lyrics by Rakim. Praised to be “varied, imaginative and lively”, the album received favourable reception upon fans and critics upon its release, however unlike the their earlier efforts, it would not receive RIAA certification. 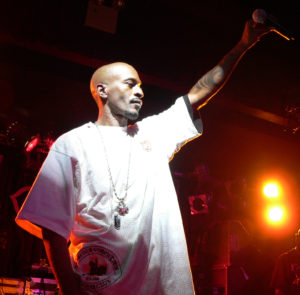 After parting ways, Rakim decided to pursue a solo music career. Eventually securing a deal with Uptown Records, he released his first solo studio album entitled, The 18th Letter in November 1997ーfive years after his last with Eric B. Created in collaboration with multiple producers, the album debuted at number four on the US Billboard 200 and saw mostly positive reviews from critics after its release. Showcasing seventeen tracks, the album later released Guess Who’s Back as a single. Sold in combination with The Book of Life, a collection of Eric B. and Rakim’s greatest hits, The 18th Letter has since sold over 500,000 units in the US, earning it Gold accreditation from the RIAA.

Two years later, Rakim released his next studio album, The Master in November 1999. Serving as a follow-up to his initial solo record, the album would also be his last until a whole decade later. Presented with a four and a half star rating from critics at Allmusic, the album featured yet another seventeen tracks and peaked at the seventy-second position on the US Top R&B Chart. It later led to the release of the single, When I B on the Mic, which climbed up to the twentieth position on the Top Rap Songs Chart in the United States.

After the release of The Master, it wasn’t for another ten years that Rakim released his third solo album, The Seventh Seal in 2009. The artist’s comeback album after a well spaced gap, the album was originally titled Oh My God but was later changed after he left the Aftermath recording label. Holding a 59/100 score on Metacritic, The Seventh Seal was met with lukewarm reviews, although it did peak at number sixty seven and at number nine on the US Billboard 200 and Top R&B Charts respectively. 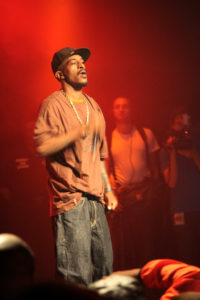 This year, in celebration of the 30th anniversary of his debut single with his former partner Eric B., Eric B. Is President, Rakim has been traveling to a variety of different cities for his Concert Tour. For the event, the artist had been hitting up different stages these past few months performing the hit song in its entirety in front of audience members. In terms of upcoming public appearances, the R&B artist will be performing on October 22, 2016 at the Barclays Center in Brooklyn, New York; some of the other stars that will be present include Rick Ross, Redman, Mobb Deep, amongst a few others. Although Rakim was also set to make an appearance at the B.B. King Blues Club & Grill later this year, the event had regrettably been cancelled due to scheduling conflicts.

If you’d like to stay up to date with the R&B singer, you can do so by following him on social mediaー you can find him on Twitter (@EricBandRakin) as well as on his official Facebook page (@rakimallah)!