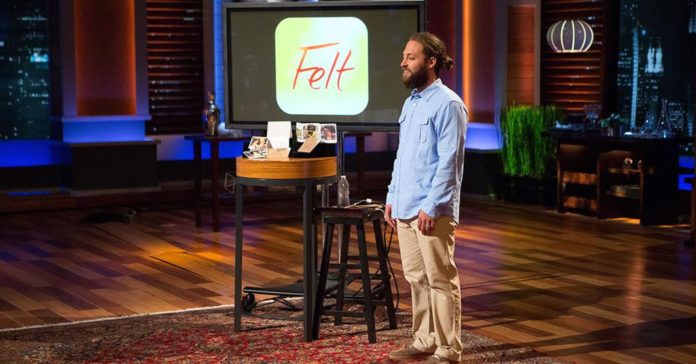 One day, Felt founder Tomer Alpert came up with the idea for Felt when he was unable to find an emergency thank you card after a party. Before finally making it to the Season 7 finale of the Shark Tank, Alpert tried and failed to get onto the show two years in a row. Would the Sharks bite on this innovative twist on greeting cards this time? Let’s take a look. 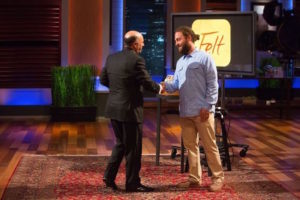 The introduction video for Felt started off with Tomer and his wife walking through their hometown in Colorado. Tomer was wearing his baby in front of him. The scene switched to his wife writing a birthday message on an iPad with a stylus, while Tomer narrated. He stated that people want a personal method of connecting with one another even while they become more and more reliant on technology. He claimed that Felt would allow people to “share the way they feel with the people that they care about most.” Tomer said that he and his wife have been working on the business for four years full time, and now they were out of cash. This put his family, and especially his newborn son. Tomer claimed that investment from a Shark would “validate every decision he’s ever made.” The video ended with Tomer and his wife and child standing in from of an idyllic winter wonderland. He was apparently putting a lot of pressure and stock on his Shark Tank appearance.

Tomer walked alone onto the Shark Tank and introduced himself to the Sharks. He requested $200,000 in exchange for 6% of Felt. He asked the Sharks to imagine receiving a heartfelt, handpicked card in the mail. It was something a friend or family member took time out of their day to pick out, write a message, and send. Lori smiled and nodded. Tomer then asked the Sharks to think about the awful, time-consuming experience of driving to the store, picking the car out for the enormous selection, drive home, find a stamp, write a message, and walk out to the mailbox just to send a card. Tomer cited that inconvenience as the reason for starting his company, Felt.

Felt was an app that allowed you to send a thoughtful, personalized card from your tablet or even your phone. There are cards available for every occasion, and the customer had the ability to write a handwritten message using their finger or the stylus. After that, the user addresses the envelope, and the card is sent by Felt in time specified. Barbara told Tomer that the idea was “pretty cool,” and he thanked her. Tomer explained that you could add up to three personalized photos with messages to each card. Tomer ended his presentation by asking the Sharks to join him in Spreading love around the world.

Tomer made each Shark a card using his Felt app, and he passed these out one by one. Robert asked if the samples represented exactly how the end user would receive the card, and Tomer agreed that it was. Kevin wanted to know if he had included pictures in the cards, Tomer told him that he had. Robert opened his envelope and was delighted to get the bulldog card. Tomer had most likely done that strategically – Robert was well known for loving dogs. Tomer explained that the bulldog card was on of the most popular. He described Felt as a marketplace for designers to market their cards. Kevin wanted to know if he could upload his picture, and have it stay in his account. Tomer told him that that was the case. He said that all of the mail and pictures that customers send is stored in the account. Users even have the ability to use the same cards over again by just swapping out the names and photos.

Kevin asked if it was possible to do a mass mailing of engagement party invitations. Tomer explained that Felt was not at that point yet, but he was getting it to that point. He stated that all the handwritten addresses that people store are saved in the app, which allows them to select them again. Mark wanted to know how long Felt had been in the App Store. Tomer told him that they started in May 2013, and they had 60,000 downloads. Mark informed him that 60,000 downloads didn’t mean much, and he could see why Tomer was on the Shark Tank looking for help. Tomer said that he and his three partners put their own $100,000 into the business, and started by selling $4 greeting cards. Tomer decided to appear on Shark Tank because he and his partners identified two big target markets – brides and professionals.

He said that Brides have the issue of having to send 75 Thank You cards. Tomer wanted to “plug in” to Bridal registries, and have the advertising for Felt there. Mark disagreed. He said that his wife would chastise him for investing in a business that allowed people to be lazy instead of spending the time. Tomer insisted that handwriting the card on the app was authentic enough. Robert cut in, asking if there was a lot of competition. Tomer said that there were no other e-card companies that allow you to handwrite on the screen. Robert stated that he loves to write handwritten thank you notes. Barbara claimed that she’s never received one, and Robert jokingly told her that she’d never done anything to deserve it. The two laughed. Robert said that there was nothing proprietary about the technology, so he was out.

Kevin asked how much it cost Tomer to acquire customers currently. Tomer told him that it was $8 for consumers, and that was why they were focusing on brides, as they would spend an average of $210 with Felt. Barbara pointed out that they did not have a large base of brides as customers yet. Tomer acknowledged that. Kevin said that he already has four wedding companies, including Honey Fonts. He told Tomer that Felt would be a good app for Honeyfund. Kevin could get him customers for $0 acquisition cost. There was just one issue – the equity. Kevin is famous for not going below 10%, or as he put it “six percent doesn’t get me up in the morning.” Kevin asked Tomer how much equity he would be willing to part with. Tomer shot back with asking what was the minimum Kevin would be prepared to take.

Kevin told him that he would be willing to give $225,000 in exchange for 10%. This was $25,000 more than what Tomer was asking for initially. Mark told Tomer that he would be insane to dismiss that offer, and Kevin agreed, saying that he was essentially giving him free customers. Mark and Barbara said that they would make it easier on him, and they both went out. Lori went out as well and highly recommended that Tomer take up Kevin’s offer. It would bring him the customer base that he desired. Robert let him know that he’s never seen Kevin make such a generous offer.

Tomer graciously took the deal. All of the Sharks cheered and clapped. Lori said that it would be a good marriage. Kevin whisper to Tomer that it was a good deal for him, but they would have to integrate with Honeyfund as soon as possible. The Sharks all congratulated him as he walked off the stage. In his exit interview, Tomer stated his surprise at making a deal with Kevin O’Leary. He tried to keep himself from crying as he expressed his desire to see his wife and tell her the good news. He told the camera that it had been a long road as he attempted to hold back tears. Next, it showed Tomer on the phone with his business partner telling him the good news and bursting into tears as he told his wife. Let’s see how Felt is doing today. 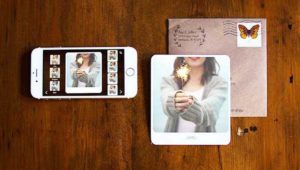 After the Shark Tank season finale had ended, Felt had a surge of new members clamoring to get onto the app – almost 10,000 people at the same time. Their sales took off in the weeks after airing, and their revenue increased 10-20 fold. Their Facebook page is regularly updated for their 3,800 fans. Users have the option of paying per individual card or purchasing a monthly subscription for $5 which gets you three cards a month. It looks like the deal with Kevin O’Leary has significantly benefited this company.