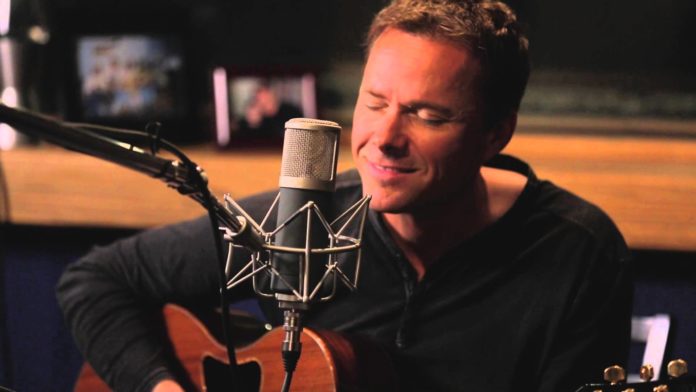 Bryan White is an American country music artist who’s known for his number one hits Someone Else’s Star and Rebecca Lynn. Born into a musical family, White began playing the drums when he was five years old in the late 70’s. Soon branching out to singing, he performed with various groups in his teen years including his parents’ pop and country bands. Encouraged by them to further pursue his interests in music, he continued to sing and was eventually given the opportunity to play onstage with the country band, Pearl River at one of their concerts. Through his friend Derek George, who acted as their guitarist, he met and befriended producers Billy Joe Walker Jr., and Kyle Lehning. After honing his skills for a few years under the wing of Walker, he ultimately landed a recording contract with Asylum Records at the age of twenty.

In the fall of 1994, he released his self-titled debut album, Bryan White. A commercial hit, it established White as an up-and-coming country artist in the United States and soon became his first Platinum certified album. Since then, he has gone on to release six full-length albums, three extended plays and eighteen singlesーa handful of which have reached number one on the charts (e.g. Someone Else’s Star, Rebecca Lynn, So Much for Pretending, Sittin’ On Go, Love is the Right Place). To date, his best-performing album is that of Between Now and Forever, which was released back in 1996. Recognized for his efforts, the singer was awarded a Country Music Association Award for “New Artist of the Year” and an Academy of Country Music Award for “New Male Vocalist of the Year” in 1996. Besides his solo music endeavours, he has also collaborated with several other singers in various occasions, for instance he performed with Shania Twain in the song, From This Moment On in 1998.

A well-respected figure in the music industry, White’s country hits have been featured in several televisions and films such as Traveller (1997), Prime Time Country Celebrates 15 Years of TNN (1998), The Magic Sword: Quest for Camelot (1998) and Tom Sawyer (2000). On top of all that, he’s also been invited as a musical guest onto several American talk shows over the years including The Tonight Show with Jay Leno (1997), Late Show with David Letterman (1998) and The Chris Isaak Show (2001).

So what has the award-winning country star been up to these days? Does he still enter the studio regularly for recording? What happened to Bryan White? Where is he now in 2018? 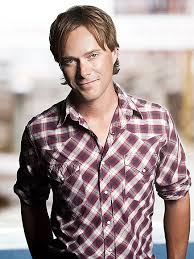 Born on February 17, 1974, in Lawton-Ft Sill, Oklahoma, Bryan Shelton White is the son of two professional musicians. Raised in a household where music was prominent, he was first taught how to play the drums by his father when he was five years old. Carrying his musical interests into his teen years, White started performing with his parents’ country and rock n’ roll bands in the 80’s. After broadening his skills, he formed his own vocal group with a few friends; although he was originally intended to be the drummer, things soon changed after his mother heard him singing a rendition of Stand By Me during a routine sound check. Moved by his son’s vocal performance, she allegedly broke into tears after the song and encouraged White to instead, become a singer. From there, he took up the guitar and after mastering the instrument, began writing his own songs.

After graduating from high school in the early 90’s, White relocated to the music central of Nashville, where he eventually found himself selling t-shirts for the country band, Pearl River. It was during this period that he was ultimately given an opportunity to perform alongside the group onstage at one of their concerts. Through his friend Derek George, who was the guitarist for Pearl River, he met music producers Kyle Lehning and Billy Joe Walker, Jr., the latter of whom was also a songwriter and guitarist. Upon befriending them, White spent the next few years refining his act; with the help of Walker and Lehning, a few songs were crafted. Pulling a few strings, the latter ultimately helped White to secure a recording deal with Asylum Records in 1994ーthe singer was only twenty years old at the time. 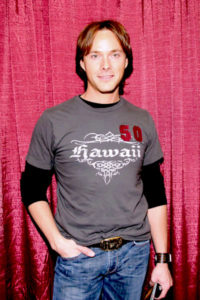 In October 1994, the country singer released his eponymous debut album, Bryan White. Recorded at Nashville’s Nightingale Studios, the disc featured ten tracks including You Know How I Feel, Me and the Moon, Look at Me Now and Helpless Heart; a few other stand outs include the astral-themed Somebody Else’s Star and Me and the Moon, both of which received praises from critics. Met with generally favourable reviews upon its release, the album soon proved itself to be a commercial success, peaking at the top of the US Top Heatseekers chart; it also ranked in at number thirteen and number eighty-eight on the Top Country Music Albums and Billboard 200 Charts respectively. Bryan White eventually saw the release of four singles, two of which became White’s first number one hits on the Billboard Hot Country Songs Chart. As of November 1996, the album has been certified Platinum by the RIAA for exceeding over one million copies in sales.

Two years after his initial release, White released his second full-length album entitled Between Now and Forever in the spring of 1996. Another collaboration with Kyle Lehning and Billy Joe Walker, Jr., both of whom served as the record’s producers, it showcased a ten-song track list which included Between Now and Forever, A Hundred and One, On Any Given Night and Nickel in the Well, to name a few titles. Described by critics to be “a cross between a young Bobby Vincton and an early Johnny Tillotson,” the album was praised for being of top notch quality and received an impressionable four star rating from Allmusic. Almost comparable to Bryan White in terms of success, it peaked at number seven on the Billboard Top Country Music Albums Chart and at number fifty-two on the Billboard 200; a hit towards the north, it also reached the third spot on the Canadian RPM Albums Chartーmaking it White’s first album to chart outside of the United States. A few months after its release, Between Now and Forever received Platinum accreditation from the RIAA.

At the peak of his popularity in the late 90’s, he released his third studio album, The Right Place in September 1997. His third RIAA certified album, it contained ten country-pop tracks, some of which may have actually been more pop than country. Undeniably a fine showcase of White’s vocal capabilities, The Right Place peaked at number seven on the US Top Country Music Albums chart and made its way up to number forty one on the Billboard 200ーthe highest position which his songs have ever achieved on the chart. In Canada, the album also charted at number fifteen on the RPM rankings. Similar to White’s preceding works, a small handful of singles were spawned from the album: Love is the Right Place, Bad Day to Let You Go, Tree of Hearts and One Small Miracle; out of the four, Love is the Right Place attained the most success, having peaked at number four on the Country Songs Chart and at number one on the Bubbling Under Hot 100 Chart.

Prior to the end of the 90’s, White released his next album, How Lucky I Am in August 1999. Although it was critiqued by some to be “more adult contemporary than country,” it still managed to become a huge hit upon its release, especially in the Phillipinesーwhere one of its songs, God Gave Me You was used as the theme song to a popular film series. In contrast to his previous albums, which were all produced by Kyle Lehning and Billy Joe Walker Jr., How Lucky I Am was produced in part by White himself with the help of Dann Huff and Derek George. Given a modest three out of five star rating from American music critic Stephen Thomas Erlewine, the twelve-song album reached number seven on the US Top Country Music Albums chart and number eighty-one on the Billboard 200. A total of two singles were spawned from the album: God Gave Me You and You’re Still Beautiful to Me, which charted at number forty and number thirty-nine respectively on the US Country Chart. In spite of its popularity, How Lucky I Am was White’s first album not to receive RIAA certification in the United States.

In September of 2012, three years after the release of his fifth album, White launched a crowd funding project for a new record which he’d planned on producing without the help of a label company. After being left open for a month, the Kickstarter ended on October 24, 2012, after having raised over $34,000 from hundreds of backers around the world. The following spring, it was announced on his Kickstarter page that the upcoming album, was going to include the songs Amen, Another Day in the Sun, Call Me Crazy, Born to Be Somebody, What I Already Know and Another Man’s Shoes. The album titled Shine, was eventually released on May 27, 2014. 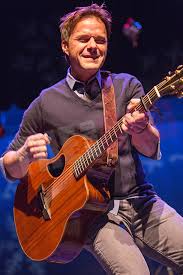 Never too far away from the public spotlight, the country star recently made a special appearance at an exclusive gathering held at the Paul P. Williams Fine Arts Theare in Leesburg, Florida. Having taken place on September 30, 2016, the one-night-only event featured White on stage as he performed various acoustic songs from his past albums including his signature hits Someone Else’s Star, Rebecca Lynn and So Much for Pretending, amongst others. A charitable event, all proceeds from the show benefited the Susan G. Komen Foundation of Central Florida, a organization dedicated to combating breast cancer “on every front”.

Speaking of charity concerts, it was also just announced this October that White will be performing at the DUI Court Foundation’s Celebrity Concert in March of 2017. Scheduled to take place at the historic Franklin Theater in Tennessee, the event will have the country singer on stage as the featured performer of the night. Aside from that, the foundation will also be holding a “Take the Cake” Charity Auction in hopes of raising funds for the organization. Available to residents of the Williamson County, the DUI Court offers a three-phase year long program which helps individuals to recover from repeated DUI offences. Since it was first established in 2010, close to 85% of its participants have successfully completed the program!

If you’d like to stay up to date and connected with the award-winning country singer, you can do so by following him on social mediaーyou can find his active online presence on Twitter under his username @bryan_white. While you’re at it, you can also follow Bryan White on his official Facebook page for some of his latest news!