What Happened to Cher – News & Updates 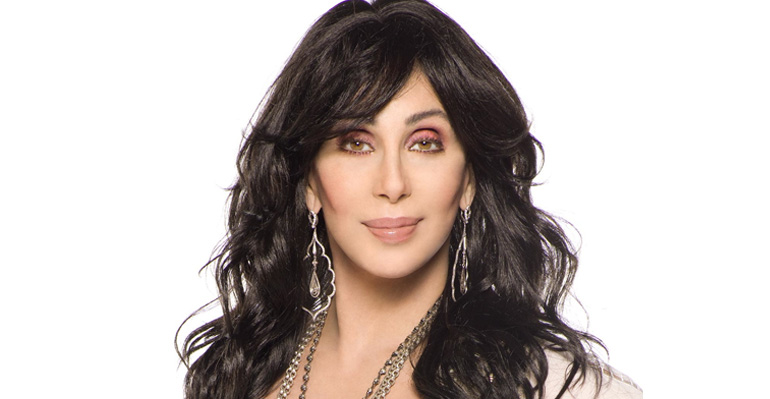 Cher is an incredibly-talented actress and singer whose career of more than five decades covered different roles and genres. She is popularly known as the tandem of Sonny Bono in the duo “Sonny & Cher” and after that she made a name for herself with a very colorful solo career.

You might be wondering where Cher is now, or what is she doing this year. Before checking out the latest about the Queen of Reinvention, let’s take a look at Cher’s wonderful journey towards fame and fortune.

Born on May 20, 1946, in El Centro, California, Cherilyn Sarkisian faced a challenging childhood as her parents divorced even before she reached her first year of age, not to mention the family’s financial troubles. Her mother Georgia Holt worked as an actress and Cher usually appeared as an extra in the shows Holt had roles in. Cher grew up knowing different step-fathers as her mother had a repeating cycle of marriage and divorce. Holt’s marriage to Gilbert LaPiere, a bank manager, in 1961 moved the family to greener pastures.

Cher was enrolled at the upper-class private school Montclair College Preparatory School. She exhibited a knack for creativity and also had the chance to sing in front of her classmates. However she was plagued by dyslexia which crippled her grades in some subjects, and it wasn’t until she was 30 when she found out about her condition. This forced her to drop out and Cher then decided to move to Los Angeles where she studied acting while working at different jobs.

It was in 1962 when Cher met Sonny Bono, and the latter introduced her to record producer Phil Spector. Cher was given the chance to perform as backup vocals to some singles produced by Spector. She used the name Bonnie Jo Manson and released a debut single “Ringo, I Love You”. It did not receive much airplay and was a commercial failure. Radio stations mistook Cher for a man due to her very low voice despite the clear identification of gender in the song. 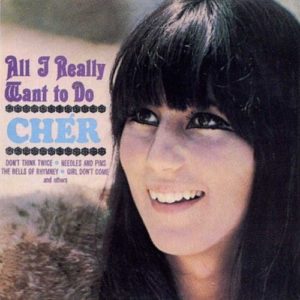 Eventually Cher and Bono grew close until they became romantically involved with each other. The two got married (albeit unofficially) in 1964 and Sonny accompanied Cher on the stage when she performed as she was nervous most of the time. Bono then focused on being her producer while Cher continued to release cover songs through the record label Imperial Records. In 1965 Cher released her debut album All I Really Want to Do. It contained mostly covers with three originals penned by Bono. Critics praised Cher’s vocals and Bono’s production skills, and the album fared well commercially. She released nine more albums that were produced by Bono up to 1973,

The pair was initially known as Caesar and Cleo during the release of their first few singles which barely gained any attention. They changed the name of their pairing to Sonny and Cher and released their debut album in 1965 titled Look at Us. The duo received acclaim for their work and this success opened the doors to their appearances in famous television shows during that time. Their second album The Wondrous World of Sonny & Cher followed in 1966 with a supporting Wondrous World Tour. Their final album of the decade was In Case You’re in Love, released in 1967 and somewhat fared well in the charts.

Bono turned his sights towards the big screen in an attempt to bolster popularity as they were slowly losing momentum due to the arrival of psychedelic rock and changing pop trends. The duo starred in the 1967 musical Good Times, and in the 1969 drama Chastity Cher starred alone while Bono served as both writer and producer. Unfortunately the two films did not fare well commercially but some critics did praise Cher’s acting ability.

During the 70s Sonny and Cher ventured into television with their variety show The Sonny & Cher Comedy Hour. They also released two more albums during this decade namely All I Ever Need Is You and Mama Was a Rock and Roll Singer, Papa Used to Write All Her Songs. Their pairing ended in 1975 after their divorce was finalized.

Cher’s 12th album Stars was her first outside of Bono’s shadow, and it was a commercial and critical failure. She released three more disappointing albums until in 1979 when she made a comeback with Take Me Home. The success of this album was attributed to Cher’s venture into disco music, especially with the said genre being quite popular during that time. Her next steps in music involved trying rock and roll and Cher even started a short-lived band named Black Rose. However these attempts fizzled and critics were quick to pan Cher’s foray into rock.

With repeated failures in music, Cher decided to take a break and shift her focus towards acting. After appearing at the Broadway play Jimmy Dean, director Mike Nichols offered Cher a role in his 1983 drama Silkwood.  Two years later Cher starred in the drama Mask and her performance in these two films were both award-winning. Before the decade ended, Cher was hailed as a talented and bankable actress. Her return to music was marked with two successful albums namely Heart of Stone (1989) and Love Hurts (1991).

After Love Hurts Cher released two more albums in the decade with It’s a Man’s World (1995) and Believe (1998). Throughout the 90s Cher made numerous cameos in films, appeared in infomercials, released several compilation albums, and experienced directing for the first time in the 1996 thriller If These Walls Could Talk. She was given the Legend Award during the World Music Awards in 1999.

Cher started her philanthropic endeavors in the 90s and has supported a multitude of causes ranging from LGBT issues to poverty. She has made donations to support veterans, HIV/AIDS research, and for children living in impoverished countries.

Cher started the 2000s with the albums not.com.mercial (2000) and Living Proof (2001), with the former only available in her website and the latter a commercially-impressive dance album. Cher did not release another studio album not until 2013 with Closer to the Truth. The long gap between the two studio albums were populated by compilations and one live album.

She made an appearance in the 2003 comedy Stuck on You and steered clear from acting, returning only in 2010 for the backstage musical Burlesque with Christina Aguilera.

From 2008 to 2011 Cher performed an eponymous residency show at Caesars Palace. It spanned 192 shows and earned Cher a handsome $60 million.

Let’s check out what the Goddess of Pop is doing now this year.

Cher made two tweets last August that strongly hinted a new album currently in the works. She’s also working on her very own bio-musical since last year, with an announcement about the project made way back in 2012. It is currently named Cher: The Musical and will cover all important aspects of the superstar’s life. 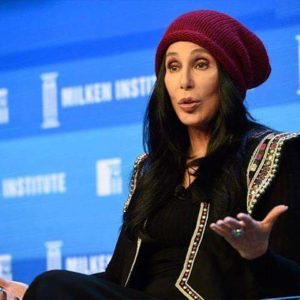 Cher was one of the guest speakers at the Milken Institute Global Conference held last May. The conference focused on issues that plague different sectors ranging from industry to financial markets.

She’s an active supporter of Hillary Clinton and has been quite vocal regarding her opposition of Donald Trump. She’s quite active regarding her political views on her Twitter account.

If you’re hankering for the good old times then you should check out the television network GetTV as they are airing classic Cher shows (including the ones with Bono) every Monday at 8:00 PM.