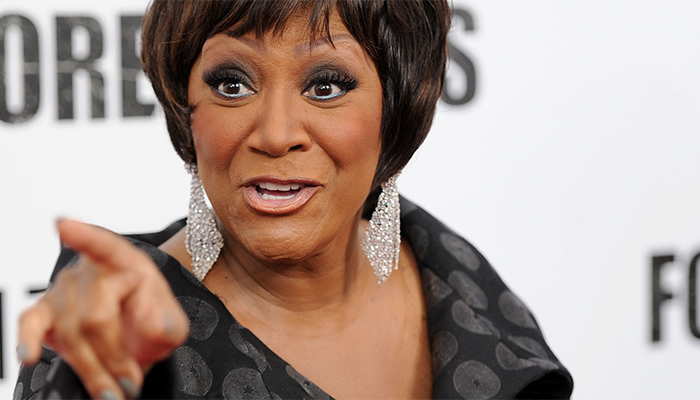 Known for her dramatic soprano vocals, Patti LaBelle is an African-American music artist who rose to fame during the 1980’s. Exposed to music since she was a young child, LaBelle had her beginnings at a church choir, where she sang her first solo at the age of twelve. Discovering her passion in singing, she eventually formed a group with some of her friends called, The Ordettesーwhich would later be renamed The BlueBelles; they would later land a recording contract after auditioning for a local record company owner. Gaining mainstream attention for their first single, the group soon found themselves approaching celebrity status. Following the group’s disbandment in 1979, LaBelle began to pursue a solo music career; she released her first independent studio album entitled, Patti Labelle in October 1977. Since then, she has recorded close to thirty albums and over forty singles!

Regarded as the “Godmother of Soul,” LaBelle has won countless industry awards over the years for her contributions to music. Throughout her processional career, she has won two Grammy Awards, seven NAACP Image Awards, two American Music Awards; on top of that, she also has an ensemble of lifetime achievement awards under her belt such as the Triumphant Spirit Award, the Legends Hall of Fame Award, the BET Lifetime Achievement Award, the World Music Legend Award, amongst a number of others. A renowned singer in the music world, LaBelle has also been included on the Rolling Stone’s list of “100 Greatest Singers.” In 2004, she was inducted into the Grammy Hall of Fame.

Besides being a singer up on the stage, LaBelle has also been involved in numerous television and film productions. She made her debut on the small screen in the 1982 TV show, American Playhouse. Some of her other early works in the 80’s and 90’s include A Soldier’s Story (1984), Unnatural Causes (1986), Fire and Rain (1989), A Different World (1990), Out All Night (1992) and Cosby (1997). In 2008, she was also the host to her very own lifestyle series called, Living It Up with Patti LaBelle which aired on the TV One Network. On top of those appearances, LaBelle has also been invited on to many American talk shows such as The Rosie O’Donnell Show (2000), Good Day Live (2003), Ellen: The Ellen Degeneres Show (2004), The Late Late Show with Craig Kilborn (2004), The Tyra Bank Shows (2008), amongst others. Most recently, she participated in the reality dancing competition, Dancing with the Stars in 2015.

So what has the renowned “Godmother of Soul” been up to as of late? What has she been doing these past months? What happened to Patti LaBelle? Where is she now in 2018? 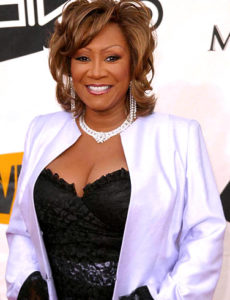 Born on May 24, 1944 in Philadelphia, Pennsylvania, Patti LaBelle (Birth name: Patricia Louise Holt) is the daughter of Bertha and Henry Holte; she is third youngest out of four daughters. Growing up, LaBelle spent much of her childhood at the local Beulah Baptist Church, where she would eventually join the choir at the age of ten; she later performed her first solo when she was twelve years old. Exposed to a variety of music styles such as jazz and R&B during her early years, LaBelle had always gravitated towards singing and performing. When she was fifteen, she participated at her high school talent show where she ultimately took home first place. Wanting to go further with her singing, Labelle formed a singing group called, The Ordettes with a few of her school friends including Yvonne Hogen, Johnnie Dawson and Jean Brown in 1960. After a year of performing together, The Ordettes ultimately landed a recording deal with a local company in the early 1960’s.

Changing their name to The BlueBelles, the group released the single, Down the Aisle (The Wedding Song) in 1963; a huge commercial hit, the song garnered them critical acclaim and soon propelled them into celebrity stardom. Throughout the next decade, the group continued to record and eventually released over a dozen albums and thirty-six singles. However despite their success, the group members soon found themselves holding opposing opinions in terms of their musical direction; citing creative differences, they ultimately went their separate ways in 1977. After the split, LaBelle turned her attention towards a solo music career, as did many of the other members. 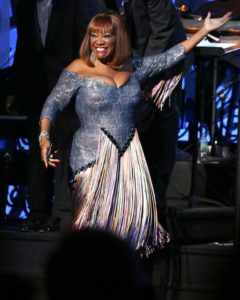 In October 1977, the singer released her first solo album, Patti LaBelle in October 1977. Released under Epic Records, the album consisted of nine tracks, including the notable hits Joy to Have Your Love, You Are My Friend and I Think About You. The album was a moderate success upon its release and peaked at number 62 on the Billboard 200 and at number thirty-one on the Top R&B Albums Chart in the United States. Shortly after the release of Patti LaBelle, she performed a rendition of You Are My Friend at her first solo-concert in London; met with overwhelming support from fans as well as a standing ovation, the event would ultimately serve to give LaBelle the motivation she needed to carry on with her career.

Over the next few years, LaBelle released a number of full-length albums including Tasty (1978), It’s Alright with Me (1979), Released (1980) and The Spirit’s in It (1981). However it wouldn’t be until 1983 that she would release her next big record. Made available in stores in November of that year, her sixth studio album entitled I’m in Love Again was considered by many to be the singer’s commercial breakthrough. Recorded between 1982 and 1983, the album featured eight songs, many of which were mid-temp love songs. Praised by critics shortly after its release, I’m in Love Again settled in at number forty on the Billboard 200 and eventually climbed up to number four on the Top R&B Albums Chart. The album would also spawn her first top ten singles, If Only You Knew and Love, Need and Want You. By the end of 1984, I’m in Love Again sold over 500,000 copies and was certified gold by the RIAA.

Two years later, the singer released her next album entitled Patti in July 1985. As her seventh solo record, Patti featured eight tracks, including Look to the Rainbow which would later be used as the name of her 1985 live concert. However unlike her previous efforts, the album would ultimately not be met with the same level of success; upon hitting the stores, it eventually peaked at number seventy-two on the Billboard 200 and at number thirteen on the Top R&B Albums Chart.

Continuing with her career, LaBelle release her eighth studio album entitled, Winner in You in April 1986. Her first record under MCA Records, the album would be a major sell-out, having peaked at number one on the US Billboard 200 Chart; it also performed equally well on the R&B Chart having climbed up to the number one position. Her best-selling album yet, Winner in You was soon applauded for its stunning vocals and songwriting by music critics. The album would also be the first of the singer’s to chart in a handful of other countries such as the Netherlands, New Zealand and Sweden. Having quickly reached over 1,000,000 sales, Winner in You received Platinum Certification from the RIAA only two months after its initial release.

Before the end of the 80’s, LaBelle released her ninth studio album, Be Yourself in 1989. However unlike her earlier records, it would only rank number eighty-six on the US Billboard 200 Chart. 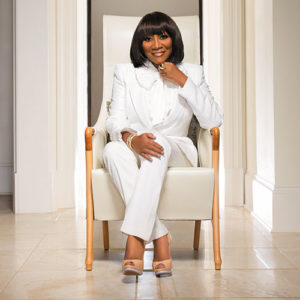 In October 1991, LaBelle released her next album entitled, Burnin’ーit would also garner the singer her first Grammy Award win for the category of “Best Female R&B Vocal Performance.” Given a B+ rating from Entertainment Weekly, the album featured many collaborations with other music artists such as I Don’t Do Duets with Gladys Knight and We’re Not Making Love Anymore with Michael Bolton. A moderate hit upon its release, the album climbed up to number nine on the R&B Chart and to number eighty-six on the Billboard 200 Chart. A year later, Burnin’ was certified gold by RIAA after selling over 500,000 copies throughout the US.

After a short three year break from recording, she released her next album, Gems in June 1994ーit would be her third solo record to receive Gold Certification in the country. Following that, she released her thirteenth studio album, Flame in June 1997. Produced in part by LaBelle herself, it included fourteen songs, one of which was the ballad Don’t Block the Blessings, which shared the same title of the singer’s autobiography released just a year prior. Generally well received, Flame later gave rise to the number one dance hit, When You Talk About Love. It has since been certified Platinum in the United States for having sold an excess of 1,000,000 copies. 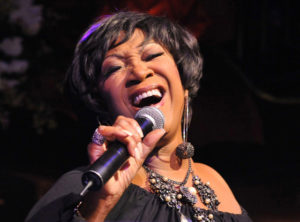 Earlier this year, LaBelle made an appearance on the American singing competition, The Voice. Acting as an advisor, the award-winning singer helped to guide and work with those under Christina Aguilera, one of the coaches of the show’s tenth season. On a later episode, the pair also performed a rendition of Lady Marmalade, one of LaBelle’s own classic hits together on the stage, a performance which undoubtedly dazzled those in the audience.

Speaking of onstage singing, LaBelle was also invited to perform at the opening ceremony of the National Museum of African American History and Culture, which took place on September 24, 2016. Located in Washington, the 400,000 square foot museum will act to “tell a richer and fuller story of who we are,” according to the first African-American president, Barack Obama. As the only museum in the US to focus exclusively on African-American history, the institution will also be home to over 36,000 artifacts. Other attendees at the event include Stevie Wonder, Denyce Graves, Angela Bassett and Robert De Niro.

But it looks like music isn’t the only thing that the singer’s been preoccupied withーLaBelle recently released a new line of delicious cobblers (part of the LaBelle line of desserts) at Walmart just this month. Available on store shelves on September 2, 2016, these desserts aren’t the first of LaBelle’s sweets to hit the public marketーshe had launched a line of Sweet Potato Pies just a year ago, which had almost immediately become a sensation!

If you’d like to stay up to date with the “Godmother of Soul”, you can do so by following Patti LaBelle on social mediaー you can find her on Twitter (@MsPattiPatti) as well as on Instagram (@mspattilabelle). Don’t forget to also check out her official website (pattilabelle.com) and Facebook page for some of the latest news and events!