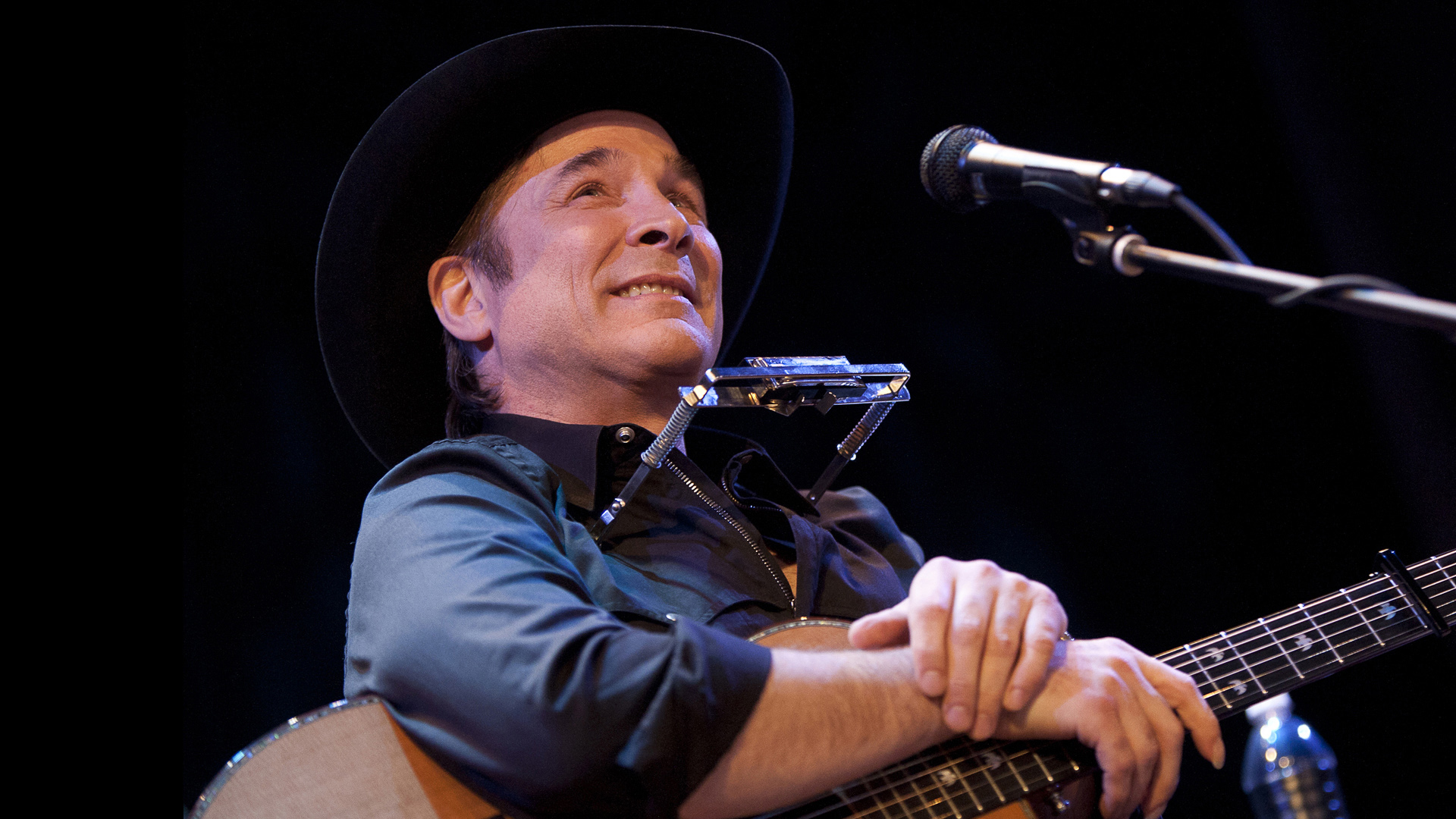 Clint Black first rose to fame in the world of country music with his debut album Killin’ Time in 1989. Having grown up exposed to music in the family home, Black initially taught himself how to play the harmonica before joining his brothers’ band as a teen during the 70’s. Following various gigs singing and performing at local venues, Black eventually signed a solo recording deal with RCA Records; he soon released his first studio album, Killin’ Time at the age of twenty seven. Quickly rising in popularity, the singer was inducted into the Grand Ole Opry in the early 90’s and have since released over a dozen full-length albumsーmany of which have charted and received RIAA certification.

Recognized for his talents, Black has received many awards and nominations for his contributions to country music. Upon the release of his debut album in 1989, he won three back-to-back Academy of Country Music Awards for “Album of the Year”, “Top Male Vocalist”, “Top New Male Vocalist.” Over the years, he has also received two Country Music Association Awards, an American Music Award, a Horizon Award for Career Development, as well as a Grammy Award for his work in Same Old Train. Some of his other achievements include having released over thirty Billboard charting singles in the US, twenty-two of which have topped the chart at the number one position.

On top of his flourishing music career, Black has also ventured in acting, having made a variety of cameo appearances in a number of films. As an actor, he made his debut on the big screen at the age of twenty nine in the movie, Montana Christmas Skies alongside fellow musicians Kathy Mattea, Patty Loveless and John Denver. Some of his other works in film include Wings “I Love Brian” (1993), Maverick (1994), Going Home (2000), Anger Management (2003) and Flicka: Country Pride (2012). In 1998, he also landed his first starring role in the film, Still Holding On: The Legend of Cadillac Jack. No stranger to television, Black has also been invited as a guest on to numerous American talk shows such as Late Show with David Letterman (1998), Hollywood Squares (2001), The Oprah Winfrey Show (2004), Dr. Phil (2004), The Tonight Show with Jay Leno (2005), Live! with Kelly (2007), amongst several others.

So what has the celebrated country star been up to since then? Is he still recording and acting? What happened to Clint Black? Where is he now in 2018? 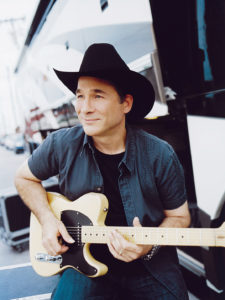 Born on February 4, 1962 in Long Branch, New Jersey, Clint Patrick Black is the son of G.A. Black and Ann Black; he is the youngest out of four siblings. For a while after his birth, the family of six lived in an area near Red Bank, however they soon moved back to G.A.’s hometown of Texas when Black was one year old. Growing up in Katy, Texas, Black was always around music. As a young thirteen year old, he taught himself how to play the harmonica; by the time he was fourteen, he wrote his very first song. It was around that time when his parents first noticed his knack for singing. When Black turned fifteen a year later, he had already learnt how to play the guitar.

It wasn’t long until Black joined the rest of his older brothers, Brian, Kevin and Mark in their small band. Every weekend, the family would invite the neighbourhood over for a backyard barbecue at their home and to listen to Black and his brothers perform and singーon some days, the crowds even went upwards to 70 people! A student of Stratford High School, he was also known for participating and winning a handful of school talent shows as a junior. Having found his place in music, Black was rarely seen without his guitar during that period.

Following his high school graduation in 1980, Black began to sing and perform covers of Charlie Daniels, Willie Nelson, Dire Straits and even Merle Haggard in various nightclubs in Houston. While he wasn’t playing at night, he was working in construction to help make ends meet during the day. Incorporating his own style and sounds into his music, Black soon began to focus his attention solely on honky tonk ballads and the themes of love. In attempts to improve his publicity, he also spent money out of his own pocket to print flyers, which were distributed around his city of Houston.

When Black was twenty five in 1987, he met fellow guitarist, Hayden Nicholas at a show; the two would shortly become friends with the latter joining the singer’s band. While performing together the following year, the pair caught the eye of music producer Bill Ham; impressed by their performance, he offered to help launch their professional music careers. Not long after their meeting, Black would go home with a recording deal with RCA Records. 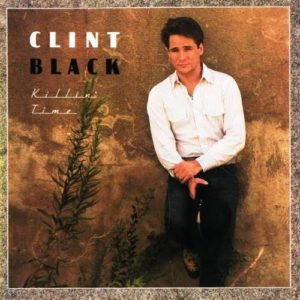 In May 1989, Black released his debut album entitled, Killin’ Time. Met with favourable reviews almost immediately after its release, the album peaked at the top of the US Billboard Top Country Albums Chart and held the number thirty-one position on the Billboard 200. Over the border in Canada, it was also a hit where it climbed to the number six position on the RPM Country Albums. A huge commercial success, Killin’ Time would be significant in the launching of Black’s music career during the 80’s. Given close to perfect scores from the music critics with Rolling Stone and Allmusic, the album helped immensely in the establishing of the singer’s place in country music. A few months after its release, the album spawned four singlesーall of which would go on to top the Billboard Hot Country Singles Chart at number one. To date, Killin’ Time has sold over three million copies in the US and has received 3x Platinum status from the RIAA.

The next year, Black released his second studio album, Put Yourself in My Shoes in November 1990. Consisting of ten tracks, the album peaked at number one on the Billboard Top Country Albums Chart and at number eighteen on the Billboard 200 Chart. Warmly received like his previous works, Put Yourself in My Shoes later spawned four singlesーLoving Blind, Where Are You Now, One More Payment and Nightlife; the first two would go on to rank number one on the Hot Country Singles & Track Chart while NightLife and One More Payment would rank number four and number seven respectively. The album was also Black’s second record to be certified 3x Platinum by the RIAA.

After facing a few lawsuits, the country singer released his third studio album in July 1992. Although not as successful as his earlier efforts, The Hard Way as it was titled, included ten songsーa few of which later made its way into the top ten as singles. Upon its release that summer, The Hard Way peaked at number two on the Billboard Top Country Albums Chart and at number eight on the Billboard 200 Chart. In Canada, it performed similarly having climbed to the number three spot on the RPM Country Albums Chart. While it was considered not to have lived up to the expectations of Black’s previous albums, The Hard Way still achieved over one million sales, earning it Platinum certification.

Almost a year afterwards, Black released his fourth studio album entitled, No Time to Kill. A play on the title of his debut album, it featured ten songs including a duet with fellow American country singer, Wynonna called A Bad Goodbye. Despite having received generally mixed reviews, some comments from critics were positive; for instance, Time Magazine praised Black for his ability to show emotion through the duet. No Time to Kill eventually reached the number two spot on the Billboard Top Country Albums Chart and the number fourteen spot on the Billboard 200 Chart. Soon after, it produced six singles, five of which would rank amongst the top ten.

Throughout the rest of the 90’s, Black continued to release three more full-length albums: One Emotion (1994), Nothin’ But the Taillights (1997) and D’lectrified. 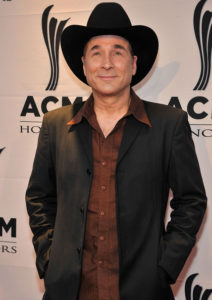 Four years after the arrival of the new millennium, Black released his eight studio album, Spend My Timeーit would also be the first record under his own independent recording label, Equity Music Group. Recorded intermittently over a period of four years, the album consisted of twelve songs including the eventual hits The Boogie Man, Spend My Time and My Imagination. Having received three and a half stars out of four from People Magazine, the album peaked at the top of the Billboard Independent Albums Chart and at number three of the Top Country Albums Chart in the United States.

Following the release of his ninth studio album in 2005, it wasn’t until a decade later in 2015 that Black released his next full-length album, On Purposeーwhich is dedicated to his late father. Produced by Black under Thirty Tigers and Black Top Records, the album later peaked at number thirteen on the Top Country Albums Chart after its release that year. 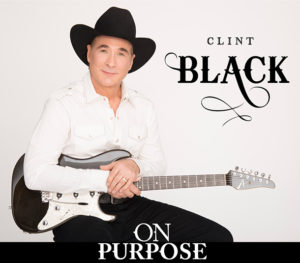 In support of his newest album On Purpose, Black has spent most of 2016 traveling across the country with his band for his comeback tour.  Kicked off in late February, the live performances have brought the singer on to the stage of numerous cities, in front of dozens of crowds. Currently still undergoing in September, the tour is scheduled to continue until October 23, 2016 at the Lied Center for Performing Arts at the University of Nebraska in Lincoln. Following a few months worth of break over the new year, Black is then set to perform at the Prairie Capital Convention Center in Springfield, Illinois on March 2, 2017.

Besides his ongoing performances, Black has also recently been inducted into the Texas Country Music Hall of Fame on August 13, 2016. Formerly known as the Tex Ritter Museum, the Hall of Fame honours musicians born in the state of Texas, who have made outstanding contributions to country music. As their 48th inductee, Black has joined the ranks of many other big-name country stars such as George Jones, Waylon Jennings, Kris Kristofferson, Willie Nelson and a number of others.

Even earlier this July, Black uploaded a new music video online for his song, You Still Get to Me. Originally introduced as part of his album, On Purpose, the track is a duet with whom he shares with his wife and fellow singer, Lisa Hartman Black. Since it was first posted onto his official Youtube channel on July 25, 2016, it has been viewed over 155,500 times!

If you’d like to stay up to date with the award-winning country singer, you can do so by following him on social mediaーyou can find him on Twitter (@Clint_Black) or on Instagram (@Clint_Black)! Don’t forget to also visit his official website!