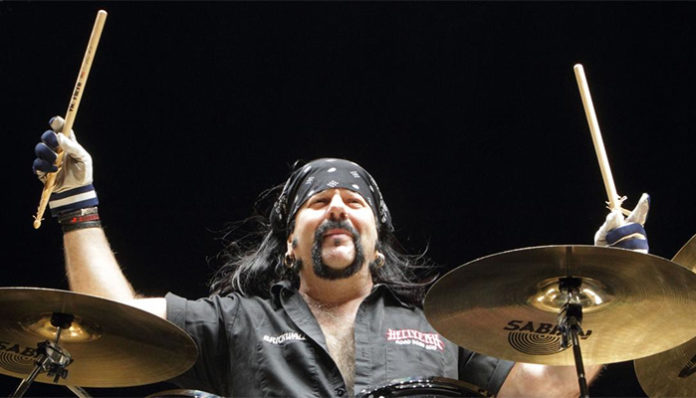 Vinnie Paul is an American professional drummer who is best known for being a co-founding member of the heavy metal band, Pantera. Growing up with his brothers, Paul developed an interest in music early onーpossibly due to the fact that one of his parents was a professional singer-songwriter who owned a recording studio. Encouraged to pursue music, he soon enrolled in the school band and assigned to play the tuba; however his father had other plansーalthough Paul grew fond of the brass instrument, he was ultimately told to try out the drums instead. While it took a little while for him to warm up to the drums, he later admitted that it was in fact, “the best thing that ever happened to [him].” After mastering the percussions, he eventually formed a heavy metal called Pantera’s Metal Magic in 1981 with his younger brother Dimebag Darrell, who was on the guitar; other founding members include guitarist Teddy Glaze, bassist Tommy Bradford, and vocalist Donnie Hart.

Quickly becoming a fan-favourite band, they travelled and performed in a variety of different cities in the early 80’s. Later signing with Metal Magic, a small independent label, Pantera (their name had been shortened in 1982) released their debut album entitled Metal Magic in the summer of 1983. Having gotten their feet wet in the industry, they soon followed up with a second studio album release in 1984. Prior to the eventual breakup of the group in the early 2000’s, Paul and his band had released nine studio albums, four extended plays and twenty singlesーmany of which have since been certified either Gold or higher by the RIAA. To this day, Pantera’s most popular record remains to be that of their 1992 album, Vulgar Display of Power.

Following the dissolution of Pantera in 2003, Paul and his younger brother started a new band called Damageplan later that same year. With Bob Zilla on bass and Pat Lachman on vocals, they released their debut album, New Found Power in 2004. Despite their rising popularity as an up-and-coming metal group at the time however, tragedy struck during one of their tours in Columbus, Ohioーlead guitarist Dimebag Darrell was tragically murdered after a distraught man had climbed on stage with a gun. Since the incident, all activity with Damageplan was indefinitely halted; after a prolonged break, Paul eventually joined another heavy metal band called Hellyeah in 2006.

So what has the former drummer of Pantera been up to these days? Is he still actively recording with his band? What happened to Vinnie Paul? Where is he now in 2018? 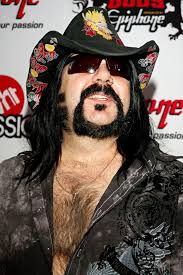 Born on March 11, 1964, in Abilene, Texas, Vinnie Paul (Birth Name: Vincent Paul Abbott) is the son of Jerry and Carolyn Abbott, the former of whom was a record producer and country singer-songwriter. Regularly exposed to music as a child, it didn’t take long for Paul to develop an interest in it himself. Wanting his son to learn an instrument, his father enrolled Paul in the school band when he was in grade school. Sent home with a tuba, he was ecstatic about being able to play the brass instrument. However despite his excitement, he was later instructed by his father to switch to drums as “[he] was never gonna make a penny in this world playing a tuba.” Although Paul didn’t have an instant connection with the percussions, he soon grew to love it over time; in fact, he cited in an eventual interview that it was “the best thing that ever happened to [him].”

Over the next two years, Paul practiced the drums tirelesslyーin particular, hand techniques and rudiments. Eventually gathering enough money, the aspiring drummer purchased his first professional drum set in his late teens. At the same time, his younger brother Dimebag Darrell also began taking up the drums; however unlike Paul, his skills were not as fine-tuned and it took him much longer to master the elements. Frustrated that his older brother was hogging the drum sets, he was later given a guitar from his father. Privileged with the ability to sit and watch various bands perform at their parent’s studio, Paul and Dimebag Darrell soon became inspired to start their own group, with the former on drums and the latter on guitars. After several jamming sessions together, the two brothers formed a heavy metal band called Pantera’s Metal Magic in 1981 with guitarist Teddy Glaze, vocalist Donnie Hart and bassist Tommy Bradford. 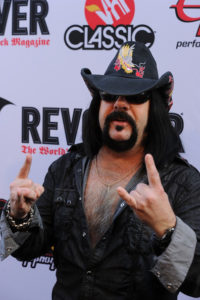 Following a few changes to the line-up, Paul and his band signed with an independent label called Metal Magic and released their debut album, Metal Magic in June 1983. Influenced by groups such as Van Halen and Kiss, the album incorporated mostly heavy metal and glam-oriented tracks. Produced by Paul’s father Jerry Abbott, it showcased a ten-song track list which included titles such as Ride My Rocket, Tell Me If You Want It and Biggest Part of Me. Although Metal Magic attracted many heavy metal fans, it was generally critiqued upon by critics as it did not stand out amongst other similar albums released at the time.

After a few more lukewarm releases in the 80’s, Pantera signed with Atco Records and released, Cowboys from Hell in July 1990. Their first album to chart outside of the United States, it peaked at an impressive number twenty-seven on the Billboard Top Heatseekers chart and was widely acclaimed by both fans and critics. Regarded by many to be their breakthrough album, Cowboys from Hell was showered with positive reviews upon its reviews, with some publications citing it to be one of the most influential heavy metal albums of all time. Given stunning ratings, it spawned a total of three singles: Cowboys from Hell, Cemetery Gates and Psycho Holiday. Ranked number eleven on Guitar World Magazine’s list of “The Greatest 100 Guitar Albums of All Time”, the album was also eventually accompanied by a tour which brought Pantera to their first show in Europe. As of July 1997, Cowboys from Hell has attained Platinum certification from the RIAA for selling over one million copies within the USーmaking it their first album to achieve such a feat. 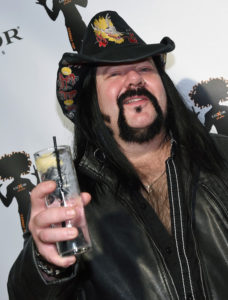 In February 1992, the heavy metal band released their next album entitled, Vulgar Display of Power. Their second release under major label Atco, it remains to be their best-charting album. Produced in part by Paul with the help of Terry Date, it has been praised as “one of the most defining albums of the groove metal genre.” Named after a line taken from the 1976 supernatural horror film The Exorcist, it featured eleven tracks and peaked at number forty-four on the US Billboard 200 chart; it also charted in a handful of other countries in the subsequent years including Germany, Australia, Japan and Belgium. Praised for its sonic textures and riffs, which were considered to be more interesting than those used in their preceding efforts, some highlights from the disc include the tracks Mouth for War, Walk, This Love and Hollow, all of which were released as hit singles. Vulgar Display of Power currently holds an A rating from Entertainment Weekly. In support of the album, Paul and the rest of the band also embarked on a tour with Soundgarden and Skid Row. Since its original release, it has received 2x Platinum certification in the United States.

Still at the peak of their career, Pantera released their third major label album, Far Beyond Driven in March 1994. Their fastest-selling album to date, it also reached the top of the Billboard 200 shortly after its release. On the day of its release, the band also launched a Far Beyond Driven Campaign at midnight, which had them traveling to twelve cities within five days, meeting fans and signing autographs all while being in front of a filming crew from MTV. Warmly received upon hitting the shelves, the album has been included in Guitar World Magazine’s list of “Top 10 Guitar Albums of 1994”. Produced by Terry Date, it showcased twelve groove metal tracks including Strength Beyond Strength, 5 Minutes Alone, I’m Broken and Planet Caravan, amongst others. Not only was it a best-seller in their native US but it was also a hit overseasーit ended up peaking within the top ten in Australia, Austria, Germany, Hungary, Sweden and the UK. A few years after its release, the album was certified Platinum in the US.

Prior to their wane in popularity in the late 90’s, the band released another album entitled, The Great Southern Trendkill in May 1996. With Paul and Terry Date in charge of the production, the album climbed up to the fourth position on the Billboard 200 shortly after its release and later remained on the chart for close to four months. Regarded as Pantera’s most aggressive albums to date, it featured much screaming especially in the tracks The Great Southern Trendkill and Suicide Note Pt. II; on top of that, it’s also notable for its fast tempos and down-tuned guitar sounds. Revolving around lyrical themes of drugs and anger, the album saw the release of four singles and charted in multiple countries around the world, although it did not match the same level of success as Pantera’s previous albums. As of August 2004, it has sold over a million copies, making it the group’s third Platinum certified album. 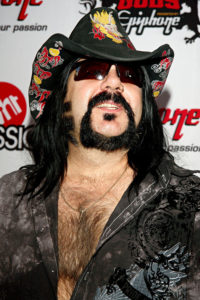 Did you know that the former Pantera member is well-versed in the kitchen? In fact, Paul is in the middle of working on the release of his very own cook book! According to the rock star, the long-awaited project is almost completeーalthough it’s still under works, he has expressed that he’d like to get it out in time for this holiday season. Called Drumming Up an Appetite with Vinnie Paul, the book will feature a wide variety of recipes which he has learnt from his mother growing up. On the topic of food, Paul also revealed during an interview that he’s actually a big fan of stuffed jalapeños, topped with barbecue sauce.

Back to musicーPaul and his new heavy metal band Hellyeah have just put forth a new studio album in the market. Entitled Undeniable, it boasts thirteen groovy tracks such as Scratch a Lie, Be Unden!able, Leap of Faith and Blood Plague. The group’s fifth full-length album, it even featured snippets of guitar sounds from the late Dimebag Darrel in the song, I Don’t Care Anymore. Peaking at number eighteen on the US Billboard 200, Undeniable was a commercial success and eventually spawned four singles.

If you’d like to stay up-to-date and connected with the professional drummer, you can do so by following him on social mediaーyou can find Vinnie Paul’s online presence on Instagram under his username @vinniepaul3. Don’t forget to also check out his official Facebook page for some of his latest news!