The Top 10 Best War Movies of All Time 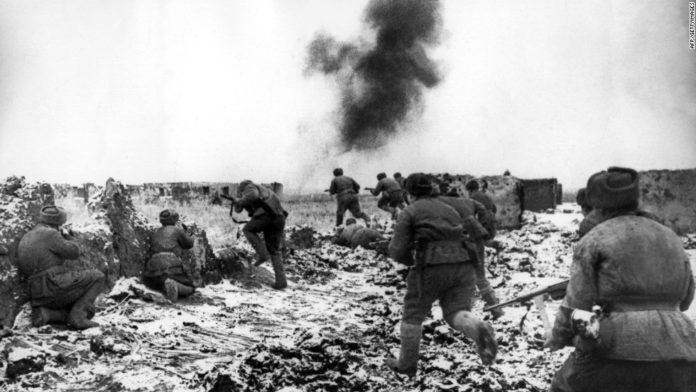 War movies aren’t always just for entertainment purposes, they have also been used as a way to put history in a visual. Since movies existed, there have been films about war. Some were political and used to advocate for one thing or another, and other times it was just to inform the mass populous on a war. A lot of people today look to movies as a way to learn more about something as it is a little bit easier to get the knowledge across. 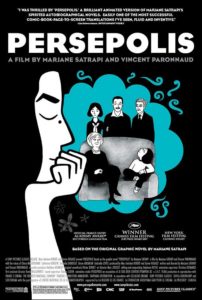 Persepolis is definitely a unique film in the sense that this is the only movie on this list that is an animated film. Now, a lot of people who haven’t seen this might think it’s a children’s movie because of it being an animated film, but Persepolis is definitely not something for children. This movie is all about an outspoken girl in Iran who is forced to grow up extremely quickly during the Islamic Revolution. This movie is definitely one of the most unique on this list as it tells a story from a girl’s point of view and how the war changes her and forces her into adult hood. Persepolis was nominated for 1 Oscar, but it did not receive the win. 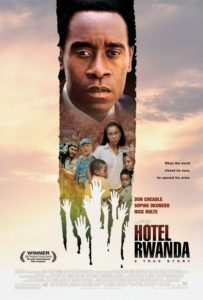 A classic movie that a lot of us watched in schools, Hotel Rwanda tells the story of a hotel manager who realizes Rwanda is in trouble and uses his hotel for good by housing thousands of refugees during the genocide in Rwanda. This movie is without a doubt a classic as it is something that almost everyone has seen. Hotel Rwanda informs audiences on something that a lot of people didn’t even know existed. Hotel Rwanda is rated one of the top 100 movies in the 21st century and was nominated for 3 Oscars, but unfortunately did not win any. 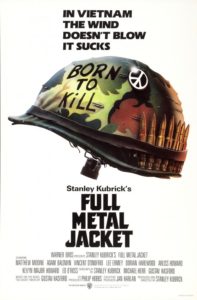 Full Metal Jacket is a war movie that showcases the effects that the Vietnam War had on a group of soldiers. Full Metal Jacket is one of the only movies on this list that actually shows the soldiers going through boot camp and what life was really like for a soldier, especially one in Vietnam. Vietnam was without a doubt one of the most brutal wars that the United States has been engaged in, and this movie really deserves credit for the way that it portrayed the war and the effects it had on these young men. Full Metal Jacket was nominated for 1 Oscar, but unfortunately did not win. 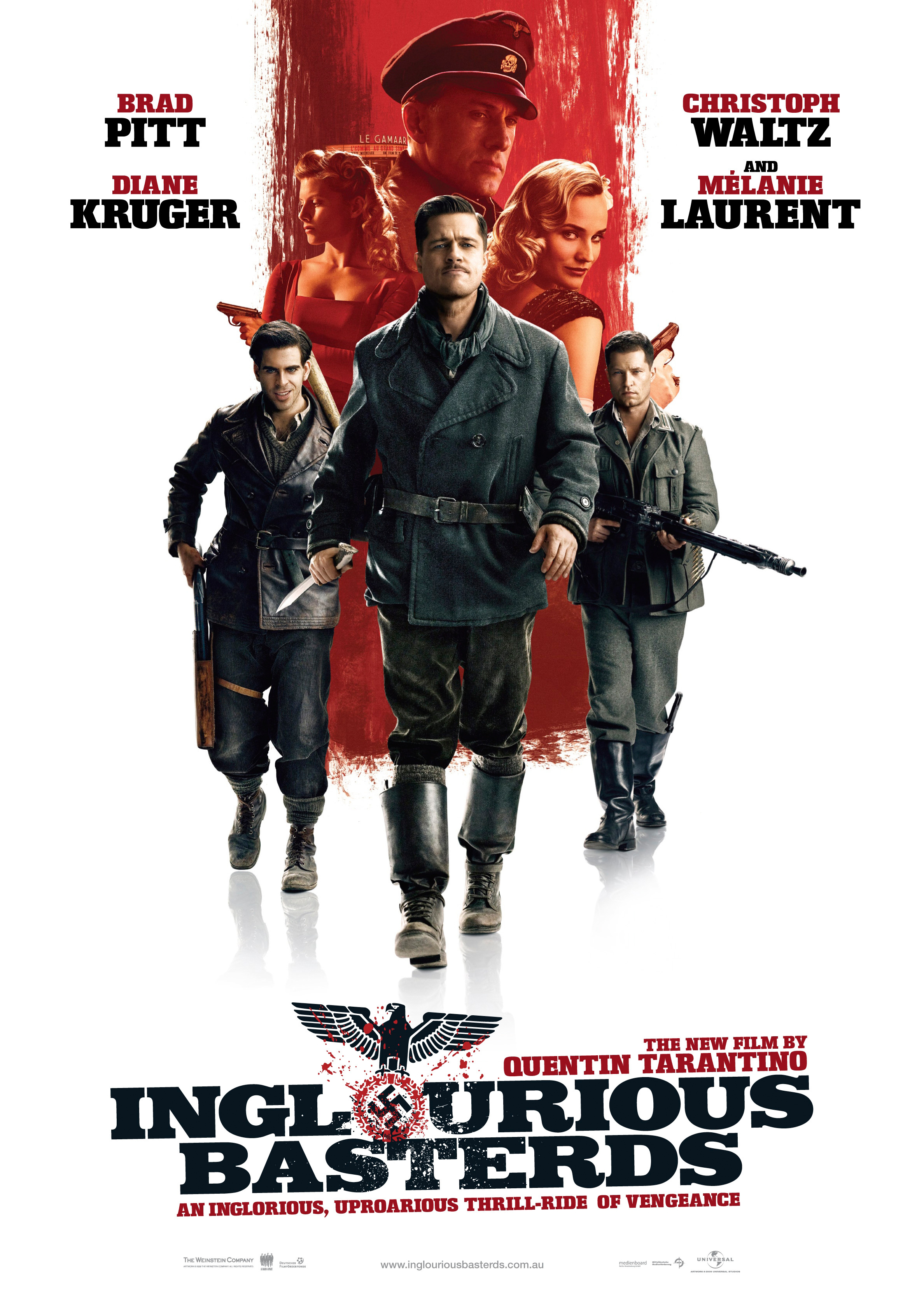 A much different feeling movie than most of the others on this list, Inglorious Bastards is more of a comical war movie. Inglorious Bastards is all about World War II and a group of soldiers who are sent undercover into Nazi France to try and save the culture before the Germans destroy it. This movie is a bit different than the other ones on this list as this has a lot more comedy elements in it that are shown through the characters. Even though it is different, Inglorious Bastards does an amazing job of showcasing a piece of history that isn’t always talked about. It is really interesting that they were sent in to preserve some of the culture that they thought the Nazis might destroy. 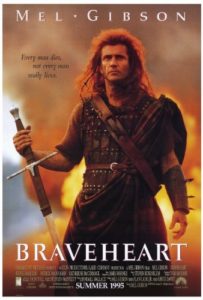 Mel Gibson stars in Braveheart, a movie about a man who has been wronged by the king of England and starts a whole revolution trying to take him down. Almost everyone has seen this classic film, a movie about a man on a mission to take down the King of England. This movie takes a very modern film on the Scottish Revolution, a time period that a lot of people aren’t exposed to. This movie does an amazing job of taking a time period and portraying something relatively similar to what might have happened. Without a doubt, Braveheart will live on as a movie that everyone around the world will be able to recognize. 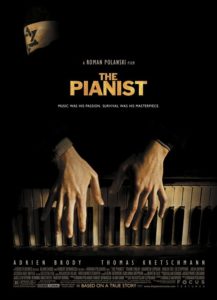 Adrien Brody plays a Polish musician who must find a way to survive during World War II. He moves from ghetto to ghetto and the one thing that seems to keep him alive is his amazing music ability. This movie is based on a real story about a musician during the Holocaust. The Pianist is one of the most moving films on this list as it has a strong message and really gets it across. Rated in the top 50 movies of all time, The Pianist has been a go to movie for a lot of history classes as it takes a completely different spin on the typical World War II movie. No matter who you are, The Pianist will bring tears to your eyes. I cannot recommend this movie enough as it is one of my personal favorites and has most definitely earned its spot on this list. 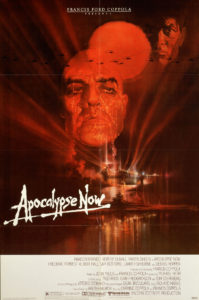 Apocalypse Now is set during the Vietnam War and tells the story of a certain Captain who is sent on a dangerous mission. He must go behind enemy lines and assassinate a colonel who has brain washed a local tribe into doing his every bidding. Martin Sheen and Marlon Brando star in this thriller that tells a beautiful and exhilarating story. Apocalypse Now is one of the movies that everyone must see as it basically inspired a whole chain of drama inspired war movies. I definitely recommend checking out this gem if it is something you haven’t seen before. 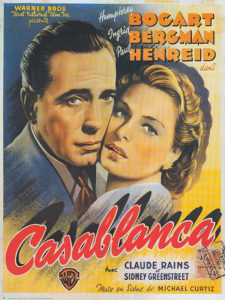 An all time classic, Casablanca tells the story of an American expatriate who bumps into an old lover. Once they meet, his whole world is seemingly turned upside down. He thought she left him out of the blue for no reason, but that is clearly not the situation. Casablanca is a movie that has held its own throughout the years. People today are still talking about this movie as if it was released a few years ago. Although it is in black and white, Casablanca is still one of the most widely watched movies of all time. During its time, Casablanca has won 3 Oscars and 3 other major awards. As time goes on, I feel as though this movie will fall into the background, so I highly suggest giving it a shot if you have not seen it before. 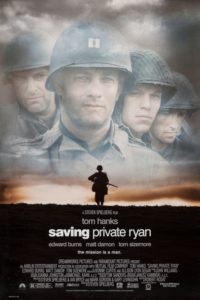