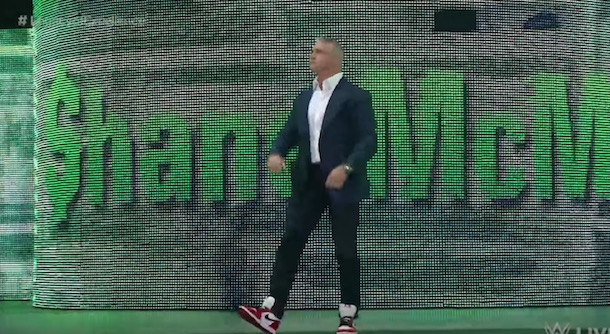 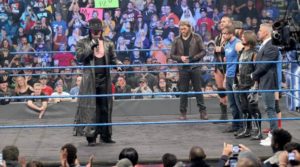 On February 2016, Shane McMahon returned after six years and fans went crazy. The shocking return led to a match against The Undertaker. He was also given a chance to be in charge of WWE Raw after Wrestlemania 32. Vince later announced that he would be the commissioner of WWE SmackDown. Shane also competed in WWE Survivor Series as part of Team SmackDown.

In May, Seth Rollins made a shocking return from injury at WWE Extreme Rules. The Architect attacked Roman Reigns after he had won his match. He won the title for just a few seconds in the following event and has been feuding with Kevin Owens ever since.

In October, Mickie James announced that she would return to face the NXT Women’s Champion Asuka. She faced Asuka at NXT TakeOver: Toronto and while she didn’t leave with the title, fans were happy to see her return to compete against the undefeated superstar. It was reported a few hours ago that Mickie James had signed a new contract with WWE and that she would be returning in January on WWE SmackDown. The SmackDown Women’s division has been very interesting in recent months and the addition of Mickie James, a six time WWE Women’s Champion, to the roster could make it even more interesting.

In April, Cesaro returned after being out for four months with a shoulder injury. The Swiss superstar has not won a title since his return but has been very close. He is now part of a tag team with Sheamus.

Triple H was in a match at Wrestlemania 32 but had not made an appearance since the event. That all changed in August, when he returned in the main event for the WWE Universal Championship. He first helped eliminate Roman Reigns from the match, which made sense as the two had recently feuded, but then gave fans one of the most shocking WWE moments of 2016 by attacking Seth Rollins and helping Kevin Owens win the title. Seth Rollins recently mentioned Triple H in a segment, which could mean a match between them in the future.

In October, Goldberg returned after 12 years and accepted Brock Lesnar’s challenge. Many WWE fans thought this return would never happen as years had gone by but the WWE 2K17 announcement and pre-order bonus brought Goldberg WWE return rumors back again. The match between Goldberg and Brock Lesnar at WWE Survivor Series gave fans one of the most shocking moments this year but it probably won’t be the last time we see these two superstars face each other again. The match at WWE Survivor Series was rumored to be the last one for Goldberg but on the following episode of WWE Raw, he announced that he would enter the 2017 Royal Rumble. Paul Heyman later announced that Brock Lesnar would also compete in the 2017 Royal Rumble.

Next year’s Royal Rumble is already looking like a great event and we can’t wait to see what happens next in the Goldberg and Brock Lesnar rivalry.

There have been plenty of returns in 2016 and in 2017 we could see many more as the WWE Royal Rumble will take place next month.