What Happened to Chris Rock – News and Updates 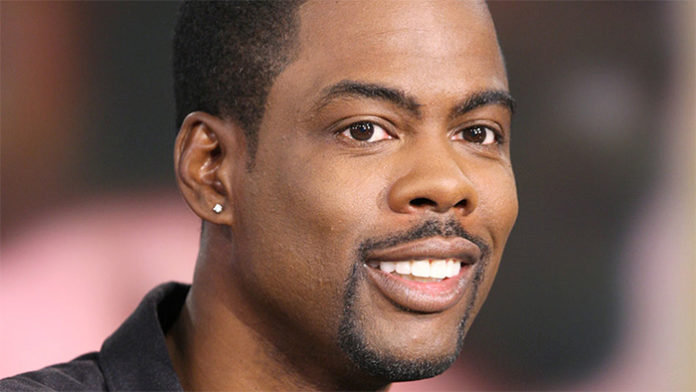 Chris Rock is an American comedian who first rose to fame during 90’s as a cast member of the late-night sketch comedy, Saturday Night Live. Known for his raw humour, he initially began performing stand-up in his late teen years. Continuing to entertain the crowds, he was eventually discovered by Eddie Murphy at New York’s popular Comedy Strip in the early 1980’s. Quickly befriending each other, Murphy later took Rock under his wing and began mentoring the aspiring comedian. At the age of twenty-two, Rock made his film debut in the action comedy Beverly Hills Cop II, with the help of his mentor. He later went on to star in the 1988 parody, I’m Gonna Git You Sucka the following year. However, it wasn’t until he joined the cast of the Emmy Award-winning comedy show, Saturday Night Live, following the footsteps of Murphy, that his comedic talents first received widespread attention.

Dubbed as the “Bad Boys of SNL” alongside Adam Sandler, Chris Farley, David Spade and Rob Schneider, Rock later released his first comedy album entitled, Born Suspect in 1991. Since then, he has also released Roll with the New (1997), Bigger & Blacker (1999), and Never Scared (2005). Following his time on Saturday Night Live, he made a guest appearance in the African-American sketch series, In Living Color, although it was later cancelled after a month. From there, he eventually starred in a couple of HBO comedy specials including Big Ass Jokes (1994) and Bring the Pain (1996), the latter of which garnered him much critical acclaim. Voted as the “Fifth Greatest Stand-Up Comedian” by Comedy Central, Rock has accumulated a number of awards throughout his years for his work including three Grammy Awards and four Emmy Awards. The host of the 77th Annual Academy Awards, he has also received two Kid’s Choice Awards and a Black Reel Award, amongst numerous nominations.

So what has the talented stand-up comedian/actor/director been up to these days? What new projects have been eating up his time as of late? What happened to Chris Rock? Where is he now in 2018? 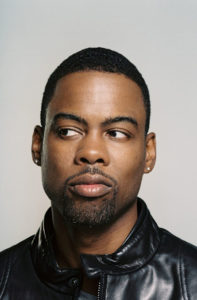 Born on February 7, 1965, in Andrews, South Carolina, Chris Rock (Real name: Christopher Julius Rock III) is the son of Rosaline and Christopher Julius Rock II, a social worker and a truck driver respectively; he is the oldest out of four siblings, he has three younger brothers named Jordan, Kenny and Tony. When he was still a toddler, he and his parents moved from South Carolina to Brooklyn, New York, where he spent most of his childhood in the Bedford Stuyvesant neighbourhood.

A student in a majorly all-white public school, Rock faced much discrimination from an early age; his experiences from this time would later go on to influence his work as a stand-up comedian. Known for his raw humour, he’s also noted for having no qualms about making fun of all races and sexes in material; for this, he has earned the praise and respect of both African-American and White communities alike.

Later dropping out of high school, he worked at several fast food chains to make ends meet; it was during this time that he began performing stand-up comedy in the New York comedy chain, Catch a Rising Star. From there, he gradually rose in popularity; it wasn’t long before he was a regular at New York’s popular Comedy Strip. It was there that he eventually crossed paths with renowned American comedian, Eddie Murphy, when he was eighteen years old. Quickly befriending each other, Murphy soon took the aspiring comic under his wing. In 1987, Murphy offered Rock a part in his action comedy flick, Beverly Hills Cop II; although it was a minor role, it served as his film debut. Rock would later star in the action comedy parody I’m Gonna Get You Sucka the following year.

Following the footsteps of his mentor, Rock soon joined the cast of the late-night sketch comedy, Saturday Night Live in 1990. A huge step for his career as a comedian, he along with the rest of the new cast members (e.g. Adam Sandler, Chris Farley, David Spade, Rob Schneider) were eventually dubbed as “The Bad Boys of SNL.” Having been on air ever since 1975, Saturday Night Live has won countless awards throughout its run including fifty Primetime Emmy Awards, three Writers Guild of America Awards and two Peabody Awards. Ranked as “One of the Greatest TV Shows of All Time” by TV Guide, the series is known for parodying politics and contemporary culture and opening with a cold open sketch. Rock ultimately served as a cast member for three years prior to leaving the show in 1993. 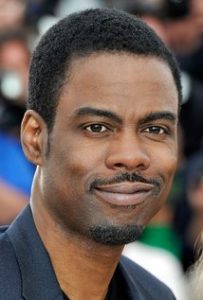 After his time on Saturday Night Live, Rock, who has now gained national exposure, guest starred in the African-American comedy sketch, In Living Color; however the show was ultimately canceled in a few week’s time. Continuing on with his career, he then went on to write and star in a low budget comedy film called CB4. Originally released in March 1993, it followed a fictional rap group known as the CB4, which was a parody of the real-life rap group, N.W.A; a hit at the box office having reached number one, it featured a number of well-known celebrities including Ice-T, Halle Berry, Ice Cube, Shaquille O’Neat, Eazy-E and Flavor Flav. In the parody, Rock portrayed the role of main character, MC Gusto.

In 1994, Rock starred in his first HBO special entitled Chris Rock: Big Ass Jokes. A critical success, it garnered him much praise as well as an impressive A- rating from Entertainment Weekly. However his big break came when he starred in his second HBO special, Bring the Pain in 1996. Although Rock was already a well-known comedian at the time of its airing, it further rose his popularity in the United States. Taped at the Takoma Theater in Washingtom, D.C., it premiered that June and mainly revolved around themes of marriage, race relations and dating; it also touched upon the recent O.J. Simpson murder at the time. Considered one of the greatest stand-up comedy performances of all time by many, it was showered with nothing but praises upon its release. Described as a groundbreaking classic, it earned Rock two Primetime Emmy Awards for the categories of “Outstanding Variety, Music or Comedy Special” and “Outstanding Writing for a Variety or Music Program.”

Later that same year, the comedian also released a new comedy album entitled, Roll with the New (his first being that of Born Suspect in 1991). Produced by Prince Paul, it featured a combination of comedy sketches and live material. Immensely popular, it later went on to win Rock his first Grammy Award for “Best Spoken Comedy Album” in 1998. As a result of his profound success, the comedian was later given his own HBO late-night comedy talk show, The Chris Rock Show in 1997. Created by Rock himself, it featured a number of popular guests throughout its five seasons including Jenifer Lewis, Tracy Morgan, Conan O’Brien, Vivica A. Fox, George Carlin, and Jerry Springer, amongst dozens of others. Having won a Primetime Emmy Award, it continued for over fifty episodes before coming to an end in November 2000. 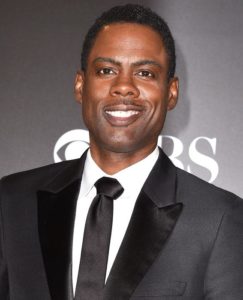 Although Rock had appeared in a handful of films during his earlier years, it wasn’t until the late 90’s that he began receiving larger roles. In 2001, he played one of the lead parts in the comedy flick, Down to Earth. Co-written by Rock, it revolved around a comedian named Lance Barton who is killed prior to his intended time on Earth; he is then given a second opportunity to continue his life as a wealthy, middle-aged caucasian man. Originally released in the United States that February, it successfully grossed over $71 million worldwide, despite having received many negative reviews from critics. Aside from Rock, who portrayed the role of Barton, other cast members of the film include Regina King, Mark Addy, Eugene Levy, Frankie Faison, Jennifer Coolidge, and Greg Germann.

In 2005, he starred in the sports comedy The Longest Yard alongside actors Adam Sandler, James Cromwell, William Fichtner and Tracy Morgan. Released in theatres in May 2005, it centred around a group of prison inmates who decides to form their own football team, as a means of challenging their prison guards. Produced by Happy Madison and MTV Films, The Longest Yard was a huge success, having grossed well over $47 million in its opening weekend. Although it was met with a fair share of mixed reviews, it went on to gross over $190 million across the globe. For his portrayal of James Farrell, Rock received a BET Comedy Award for the category of “Outstanding Supporting Actor in a Theatrical Film.”

Throughout the 2010’s, Rock continued to star in a handful of movies, one of which included the popular comedy, Grown Ups (2010). Starring Adam Sandler, Rob Schneider, David Spade, Kevin James and Rock, it revolved around a group of high school friends, who after the death of their former basketball coach, decide to reunite for a Fourth of July celebration. Although it was panned for its lack of plot and crude humour, Grown Ups was a huge box office success, having grossed over $271 million worldwide; it eventually also led to the production of a sequel, Grown Ups 2 in 2013.

Although Rock hasn’t starred in any new film projects as of late, he did make an appearance in a video short called, An Ode to Hannibal Buress this Februaryーor more accurately, he narrated the six-minute comedy. Written and directed by Sama’an Ashrawi, the mini documentary attempted to answer the one questionーwhat if Wacka Flocka was running to be President? Set in a fictional alternate universe, it features Hannibal Buress as the Vice President of the United States, with Rock as the narrator. Filmed in New York City, the project was released on February 9, 2016. Aside from Rock and Wacka Flocka Flame, other stars who made an appearance include Ilana Glazer, Abbi Jacobson, Toure, amongst many others.