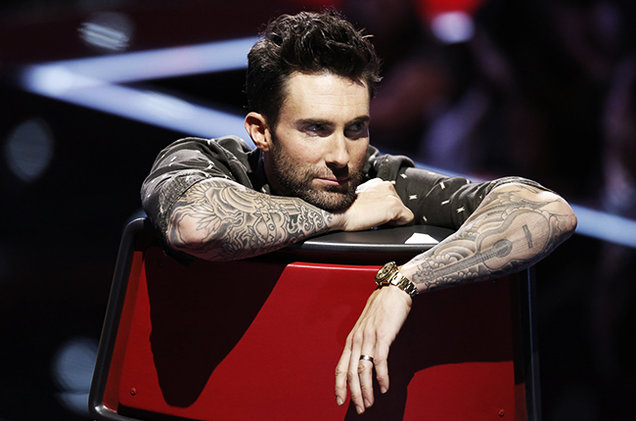 Adam Levine is a singer who’s best known for being the frontman of the band Maroon 5. Aside from music he’s also one of the long-time coaches / judges of the reality show The Voice.

Read on and find out more about Adam Levine’s wealth, career, and his generous endeavors.

How did Adam Levine make his money & wealth?

Born on March 18, 1979, Adam Noah Levine grew up in his birthplace of Los Angeles, California, in a family that loved music. He had an early exposure to Michael Jackson, The Beatles, and Simon & Garfunkel, all of which played an important role in molding his style in music. At the age of 10 Levine got his first guitar and his first tape which was Eddy Grant’s “Electric Avenue”.  In the early 90s Levine attended Brentwood School where his love for music intensified. 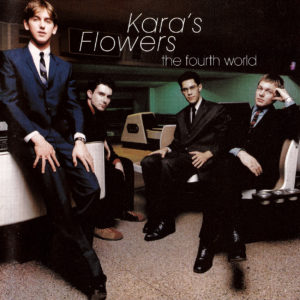 Levine met a trio of like-minded schoolmates namely Ryan Dusick, Mickey Madden, and Jesse Carmichael and together they formed the band Kara’s Flowers. They performed original songs at clubs and managed to amass hundreds of fans. Their performance in Malibu during a beach party caught the ears of independent producers Tommy Allen and John DeNicola who happened to be jogging near where the band performed. The band eventually released their debut album The Fourth World in 1997 under Reprise Records and the boys went on tour after graduation. Their live performances gathered positive reception but the album itself failed to gain momentum. Reprise dropped the band and the boys went on their separate ways.

Levine flew to New York with Carmichael to study at Five Towns College, and it was here at The Big Apple where the duo got exposed to an entirely different flavors in music namely gospel, hip-hop, and R&B. The two dropped out and returned home to reunite with Dusick and Madden, experimented with their newfound musical styles, and added a new bandmate James Valentine. Kara’s Flowers was renamed into Maroon 5 and their debut album Songs About Jane hit the shelves in 2002 with highly-successful singles “She Will Be Loved”, “This Love”, and “Harder to Breathe”. Two years later their second album was released titled It Won’t Be Soon Before Long to positive acclaim. Three more successful albums followed suit namely Hands All Over (2010), Overexposed (2012), and V (2014).

Aside from music Levine has other ventures that contribute to his income. He is famous for being one of the judges of The Voice since 2011. He’s made appearances in movies and television series namely 2012 drama Begin Again and American Horror Story: Asylum.  Levine had his own clothing line named 222 which consisted of t-shirts, leather jackets, and jeans. In 2012 he founded the label 222 Records with a handful of artists already signed.

He also made collaborations with instrument manufacturer First Act in 2008 for the creation of the First Act 222 Guitar, with ID Perfumes in 2013 for the Adam Levine line of fragrances, and with Sears in 2013 for his eponymous line of apparel for men and women.  He endorsed brands such as clothing line Bench, Proactiv, and Samsung’s now-defunct music service Milk Music.

Yes. Levine married Behati Prinsloo, a Victoria’s Secret model, in 2014. He was previously in a relationship with Russian model Anne Vyalitsyna.

Does Adam Levine have kids?

Yes. Levine and Prinsloo welcomed their baby girl Dusty Rose on September 21, 2016. Maroon 5 had to reschedule several of their shows during this period because of baby Dusty Rose’s birth.

How much money does Adam Levine make per season of The Voice?

Levine reportedly earned around $10 to $13 million for every season of The Voice.

Levine lives with his wife and baby daughter on a 7,100 square foot mansion in Beverly Hills, Los Angeles. He bought the place in 2012 for $4.8 million and has recently listed it for $17.5 million. 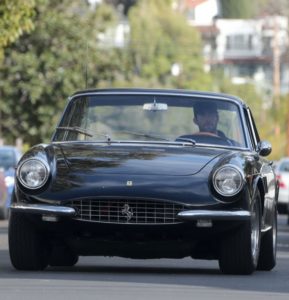 Levine and Maroon 5 are avid supporters of the Teen Impact Program at the Children’s Hospital in Los Angeles since 2006. In 2012 he donated his $40,000 prize money he won from the television series The Haney Project to the program. The following year his designer guitar from First Act was auctioned off and the proceeds also went to Teen Impact. The band helped organize music lessons and even performed acoustic sets to the patients.

Levine was one of the celebrity supporters of the Joshua and Robin Berry Children’s Trust, a campaign that raised funds for the three Berry children who survived a car accident that took the lives of their parents.

In 2011 Levine joined the “Own It” educational campaign that was spearheaded by the Attention Deficit Disorder Association (ADDA) and biopharmaceutical company Shire. Levine encouraged the public to take a quiz at the campaign’s website to recognize the symptoms of ADHD. He also shared his experience with the disorder as he was diagnosed with it back in his teenage years.

During the same year Levine had a photoshoot with Cosmopolitan UK with only his ex-girlfriend Anne Vyalitsyna’s hand to cover his privates and no single piece of clothing on his person. This revealing photoshoot was done to help raise awareness for the Everyman campaign which focuses on testicular and prostate cancer.

Maroon 5 teamed up with beverage company Snapple in 2011 to create the “Tea Will Be Loved” variant of iced tea. The limited edition drink donated a portion of its earnings to Feeding America, a non-profit organization that helps feed the hungry.

In 2012 Levine was spotted by Red Cross volunteers while eating lunch outside with Behati Prinsloo. Levine then penned a makeshift sign that urged the public to donate to the Red Cross for the benefit of those affected by Hurricane Sandy.

Maroon 5 donated two opportunities for meet-and-greet and a signed guitar to a charity auction in 2012 to help with the medical expenses of Zoe Feldman, a toddler who was diagnosed with muscle cancer sarcoma botryoides.

Charity website Charitybuzz auctioned two tickets for a Maroon 5 concert last 2013 in support of Communities in Schools for Los Angeles. Three years later another auction was set for tickets to a live taping of The Voice season 10, and this was in support of the pediatric cancer non-profit The Pablove Foundation.

The band teamed up with UNICEF USA last June 2016 in launching the annual campaign Maroon 5 Day which celebrated the 14th anniversary of Songs About Jane, and to raise awareness on UNICEF’s work around the globe. For this year the band matched gifts from fans to the U.S. Fund for UNICEF for a total of $25,000.

After the tragic death of Christina Grimmie, Levine (who was her coach in The Voice) called her mother personally and offered to pay for her plane flight and funeral expenses.

Levine’s tireless work for the Teen Impact Program was recognized in the 2012 GQ Gentlemen’s Ball with his appointment as a GQ Ambassador.

Levine was named as the Sexiest Man Alive by PEOPLE magazine last 2013.

In 2015 Maroon 5 was ranked at #73 on the World’s Highest-Paid Celebrities list of Forbes.