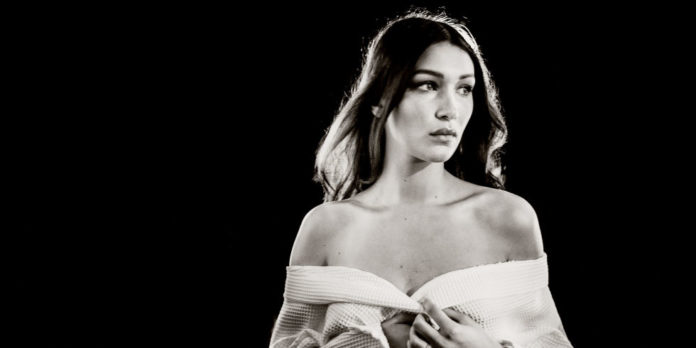 Bella Hadid is a budding model whose career of two years has already taken her in numerous catwalks, photoshoots, and advertising campaigns around the globe. She may be new to the scene but she’s already showing her beauty and capabilities in modeling.

Read on and find out more about Bella Hadid’s career, wealth, and charitable efforts.

How did Bella Hadid get so Rich?

Bella Hadid was born on October 09, 1996, in Los Angeles, California. She is the second of the Hadid siblings, with model Gigi as her older sister, and Anwar as her younger brother and also a model. At an early age Hadid fell in love with equestrianism and spent a lot of time riding horses. In 2012 she began taking the sport seriously, riding in events throughout California such as the Los Angeles International Jumping Festival with her horse named Night Cap. After a string of successful rides Hadid expressed her desire to ride in the 2016 Olympics but was stopped in her tracks after being diagnosed with Lyme disease.

As that path closed, another one opened and it was similar to the one tread by her older sister Gigi. Hadid first enrolled at Parsons School of Design in New York City to take up photography, and at the same time she entered the realm of modeling and first appeared in advertisements for apparel brand Flynn Skye. Her momentum in modeling knew no brakes and Hadid found herself in a very long string of photoshoots and appearances in advertising campaigns in the following years. She joined her sister in the model management firm IMG Models in 2014 and had her first runway walk for the New York Fashion Week during the same year. Hadid dropped her pursuit of photography and instead put all of her focus towards modeling. Throughout 2015 she walked for numerous fashion designers in different events around the globe.

In 2016 Hadid walked at Paris, Australia, and Rome. She was appointed as one of the ambassadors of Dior Makeup and was slated to star in her own web series Dior Makeup Live with Bella Hadid. Hadid was also appointed as the face of the Gold label of Misha Collection. In August she modeled for the Next is Now lookbook of Samsung along with Chinese model Xiao Wen Ju. Last November Hadid strutted the catwalk of the Victoria’s Secret Fashion Show which was a first in her modeling career. She tried to join the prestigious event in 2015 but was rejected.

Outside of the runway Hadid has graced the covers and editorials of multiple magazines, starting in 2014 with Jalouse magazine. Later on she appeared on the cover of Grey, Teen Vogue, Harper’s Bazaar, and many others. In November she announced through Instagram that she has an upcoming venture with Nike and its details are yet to be seen.

No. She was previously in a relationship with Abel Makkonen Tesfaye, or better known as the R&B singer The Weeknd. Their romance started in early 2015 until calling it quits last November 2016 due to conflicting schedules.

How much does Bella Hadid make in the runway?

While there is no specific report about how much the model makes for every walk she does on the runway, her strut at the Mercedes Benz Fashion Week in Australia last 2016 earned her a staggering $400,000.

Hadid reportedly resides in an apartment situated in New York’s East Village neighborhood. Her monthly rent is around $8,000 a month.

Hadid walked the runway of the fashion show Cinema Against AIDS gala on its 22nd and 23rd year in 2015 and 2016 respectively. The show was held by American Foundation for AIDS Research (amfAR).

During 2015’s Thanksgiving Day, Hadid and her half-sisters Marielle and Alana prepared 30 plates of food which were given to the hungry.

In 2016 Hadid is one of the hundreds of celebrities who banded together for the “Jeans for Refugees” project of artist / fashion designer Johny Dar. The celebrity participants donated their jeans which were turned into art by Dar and auctioned off online. Proceeds from this program were given to the refugee charity organization International Rescue Committee.

Last April 2016 Hadid joined her sister Gigi in supporting Pencils of Promise, a charity that focuses on building schools and executing other educational initiatives in Africa.

Hadid was awarded with the “Readers’ Choice Model of the Year” accolade at Models.com.