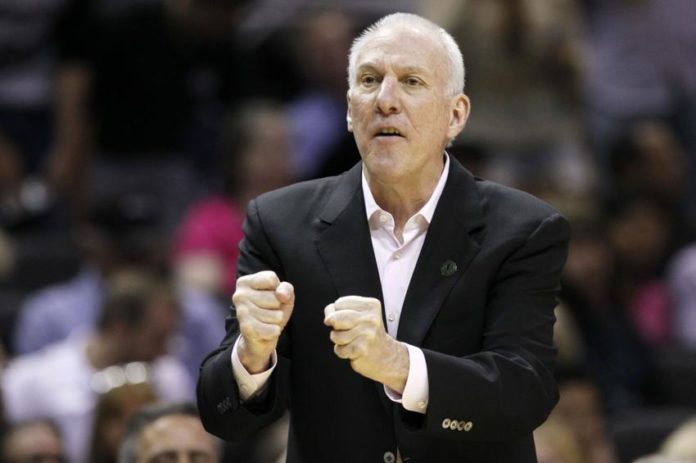 In sports, players typically make a lot more money than coaches. It’s just the way that it goes. While athletes put their bodies on the line game after game, coaches still dedicate a significant amount of time and energy to ensure that the team is as well prepared as possible. Who are some of the highest paid coaches in sports? In this article, I’m going to be talk about the top 10 highest paid coaches in 2016, with each coach being ranked based upon their annual salary. On this list, I’ll be discussing football managers, college American football coaches, and professional basketball coaches. Without further ado, let’s learn a little more about some of these major sports earners. 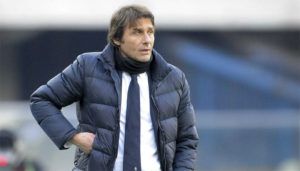 We kick off our list with Antonio Conte, the manager of the English Premier League club Chelsea. Conte actually began his career in football as a player. As a central midfielder, he played for the likes of Lecce and Juventus. He was an excellent player, too — so good that he played for the Italian national team between 1994 and 2000. When Conte retired from the game, he didn’t step away entirely. Starting in 2006, he began to manage different football teams. In 2008, he helped to lead Bari to the 2008-09 Serie B title. He went back to his former team Juventus in 2011, where he helped them win three consecutive Serie A titles. Conte recently came aboard Chelsea, signing a three year contract. This football club is one that is used to a certain degree of success, so this coach definitely has his work cut out for him. 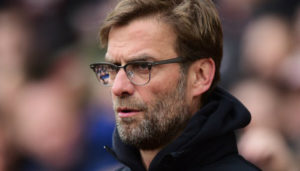 The next highest paid coach on our list is Jurgen Klopp, who is the current manager of the Liverpool Football Club. Like Conte, Klopp began his football career as a player. He played as both striker and defender for a wide variety of German teams, including Eintracht Frankfurt II and Rot-Weiss Frankfurt. He played for the longest time with Mainz 05, between 1990 and 2001. Klopp was such a well-liked and talented player that he was actually made the team’s manager shortly after he retired. This turned out to be a good move, because under Klopp’s leadership, Mainz 05 was eventually able to qualify for the 2005-06 UEFA Cup. Eventually, his coaching career brought him to Liverpool in late 2015. He signed a three-year contract with the club that year, and thus far he has seen a good deal of success with them. He is currently set to coach the team through 2022. 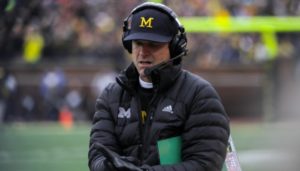 Jim Harbaugh is one of the biggest names in college football, and yes, I’m talking about the American kind. This former Michigan quarterback fulfilled his dreams a couple of years ago when he was appointed the head coach of the Michigan Wolverines football team. Although Harbaugh has only been with the team for a short time, he has already seen a good deal of success alongside his team. The program has seen a massive turnaround since he came aboard. In 2014, the Wolverines ended the season with a 5 – 7 record. In 2015, the year that Jim took up the team’s head coaching position, they ended the season with a 10 – 3 record. The Wolverines have yet to reach the coveted College Football Playoff, but if he keeps up this momentum, he is sure to take a national title to Ann Arbor some time in the near future. 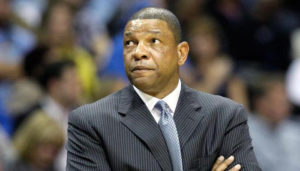 We’ve only really talked about football up until now. Doc Rivers is actually a basketball coach, for the Los Angeles Clippers. Like all of the other coaches that I’ve already mentioned, Rivers began his career as a player. He was a point guard, and he played for teams like the Atlanta Hawks, New York Knicks, and yes, the Los Angeles Clippers. Doc’s career as an NBA head coach really took off when he took over the Boston Celtics in 2004. Up until he left the team in 2013, the Celtics saw a lot of success. With his help, they were even able to win an NBA Championship in 2008. However, following some crushing defeats in the postseason, he decided to take a break from the NBA. He returned with the Clippers, and in his first season with the team he led them to a franchise record number of wins. Just in 2014, he signed a five year contract extension with the Los Angeles-based team. 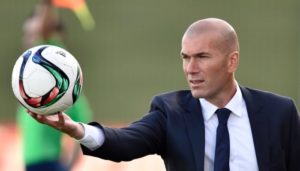 Zinedine Zidane may actually be one of the most well-known names on this list of coaches. It is common for more “third-rate” players to become phenomenal coaches. However, it’s a little different with Zidane. This French footballer was enormously famous during his prime, playing for French national teams as well as in high-profile clubs, such as Real Madrid. Over the course of his playing carere, Zidane was named FIFA World Player of the Year a whopping three times. Without a doubt, he has proven himself as being one of the most gifted attacking midfielders to play the game. Zinedine is actually kind of new to coaching. He only began to coach during 2014, and in 2016 he was actually named the manager of Real Madrid, his former team. With the help of Zidane, Real Madrid was able to secure a spot in the 2016 UEFA Champions League final, with a win over Manchester City. 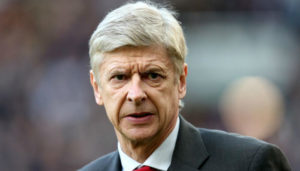 I’ve already talked a little bit about some of the most well-known football clubs out there. We’ve seen Liverpool, Real Madrid, and Chelsea. How about another? Arsene Wenger is the football manager of Arsenal, a position that he has held since 1996. Under Wenger’s leadership, the club went through its own ups and downs. However, in recent years, it looks as though Arsenal is seeing a bout of renewed success. At the end of the 2013-14 season, Wenger ended up signing a three year contract extension with his long-time team. In May of 2015, he also earned his sixth FA Cup, which puts him on track to be one of the most successful coaches of all time. Love him or hate him, Arsenal football and Arsene Wenger seem to be a permanent pair. This manager is going to be sticking around for quite a long time, and he is getting paid a lot of money to do so. 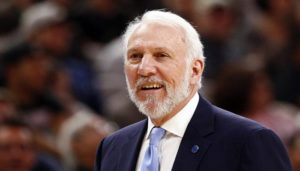 With this coach, we are brought to the highest paid head coach in the NBA. Gregg Popovich is the current head coach of the San Antonio Spurs. As far as tenure goes, no one in any major sports league has played for as long as Popovich. He doesn’t just get paid based on seniority, either. During his time with the Spurs, the team has accomplished a whole lot. He has won the NBA championship with the San Antonio-based team a whopping five times, with the most recent of those titles coming in 2014. In that same year, he was awarded the honor of NBA Coach of the Year for the third time in his career. Pop doesn’t seem to show any intention of slowing down, either. Just in 2016, he ended up leading the Spurs to a franchise-high 67 wins during the regular season. Gregg Popovich is considered by some to be one of the best professional basketball coaches of all time, and he is paid accordingly for that reputation.

With that, we are brought right back to talking about football managers. Carlo Ancelotti is the current manager of Bayern Munich, but football fans around the world know that he has a lot more experience than with just that team. In fact, he only came aboard with Bayern Munich earlier this year. As a manger, Ancelotti has worked with teams like Chelsea, Juventus, Parma, Real Madrid, and more. He has shown that he has a strong capacity to get results, too. During his managerial career, he has won domestic titles in Italy, England, France, and Spain. Carlo replaced Pep Guardiola as the manager for Bayern Munich just in July of this year. Ancelotti signed a three year contract. The season is still ongoing, but as of right now, things seem to be going really well with this new pairing. 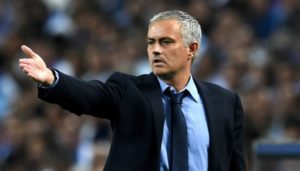 I really shouldn’t have to say much about Jose Mourinho. What could I possibly say that hasn’t already been said? A lot of people believe (with good reason) that Mourinho is the greatest football manager of all time. Jose has managed a lot of different teams, but make no mistake. That isn’t any indication of poor talent or anything. In fact, he is one of five coaches to have won the European Cup with more than just one team. When the FIFA World Coach of the Year award was conceived in 2010, Mourinho was its first recipient. This Portuguese coach could drop dead tomorrow, and he would still be remembered for his coaching for a very, very long time. Earlier this year, Jose signed a three-year contract with Manchester United. As of right now, Manchester United is ranked 6th in the Premier League, so it seems like Mourinho has done a good job with the team thus far. 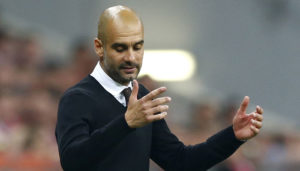 If you remember, I mentioned that Carlo Ancelotti replaced Pep Guardiola as the manager of Bayern Munich earlier this year. However, that doesn’t necessarily mean that Guardiola has been out of work. Pep is thought to be one of the most gifted people in the game, period, as both a manager and as a player. He’s only 45 years old, but during his career he has amazed and astonished millions of people around the world with his abilities. Guardiola coached Bayern Munich between 2013 and 2016, and during that time the team was actually able to win a European Cup. He’s definitely an expensive manager, but you can’t argue with the fact that he gets results. Now, Pep is the manager of Manchester City. The season obviously isn’t over yet, but as of right now Manchester City is the 4th best team in the Premier League. He may not be putting his body on the line game after game like he did when he was a player, but I still think that Pep Guardiola has done plenty to earn himself this hefty salary.