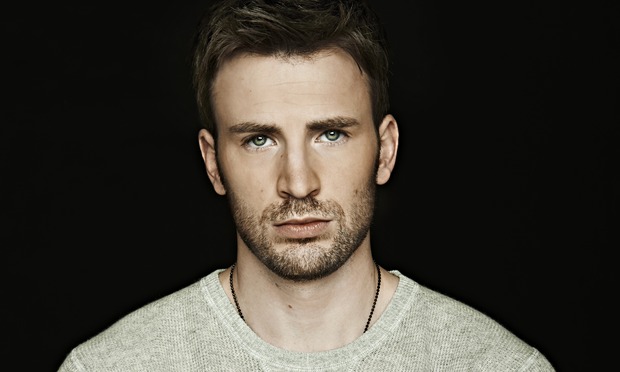 Chris Evans is an actor who’s famous for his role as Steve Rogers, or better known as Captain America. Throughout his career of almost two decades Evans has starred in numerous other films and television series, and has also began his journey towards directorial work. He’s also one of the ambassadors of the charity Christopher’s Haven and has also helped those in need.

Read on and find out more about Chris Evans’ career and his wealth.

How did Chris Evans make his money & wealth?

Born on June 13, 1981, Christopher Robert Evans spent a good amount of his childhood in Boston, Massachusetts before relocating to Sudbury at the age of 11. Acting ran in the blood as his older sister Carly was a performer, and later on his younger brother Scott followed suit. Evans was inspired by his sister’s performances and the latter helped him on his first steps on the path to acting. He performed on school plays at Lincoln-Sudbury Regional High School and also at the Concord Youth Theater where his mother Lisa served as an artistic director. After graduating from high school Evans decided to fly to New York and enroll at the Lee Strasberg Theater Institute.

While in New York Evans did internship in a casting agency where he met several agents, some of which he befriended. This eventually led to Evans himself personally auditioning for roles as his focus shifted from the stage to the small and big screens. He first appeared in the 1997 documentary Biodiversity: Wild about Life!. Before the decade ended Evans did a modeling gig for the special edition of Mystery Date, a board game from Hasbro wherein he posed as the character Tyler.

Evans’ early years of the new decade were populated by appearances in the television series Opposite Sex, Boston Public, and The Fugitive. His first major feature appearance was in the 2001 comedy film Not Another Teen Movie, and he further established his acting chops on the big screen with flicks like 2004 thriller Cellular and the 2005 superhero movie Fantastic Four, and his performance in the latter was highly praised.

After the release of the second Fantastic Four movie in 2007 Evans was reluctant in appearing in another film that involved superheroes. He almost didn’t take the lead role of Captain America: The First Avenger as he turned down the offer multiple times. He eventually accepted the part and the film was released in 2011. Again he experienced doubt in the role as Marvel’s gargantuan contract spanned around nine films which was a new experience for Evans who only worked on one movie at a time, not to mention his struggles with anxiety. Evans pushed through these fears and continued on as the star-spangled Avenger, while landing roles on other films as well.

In 2014 Evans starred in and directed the romantic film Before We Go. He has expressed interest in pursuing directing once his contract with Marvel is done. Evans’ future in acting is set with the 2017 drama film Gifted, and the much-awaited Avengers: Infinity War is currently on pre-production. Outside of the big screen Evans has appeared in ads for some products of luxury brand Gucci since 2010. In 2015 Evans was crowned as the brand ambassador of FILA and has recently finished a shoot for the Fall/Winter sportswear collection of FILA Red Line. During the same year Evans lent his acting to Activision and Tencent for the promotional trailer of the video game Call of Duty: Online.

No. He had a long-term relationship with actress Jessica Biel from 2001 to 2006, and an on-and-off relationship with Minka Kelly. Currently he is dating comedian Jenny Slate since early 2016. The two lovebirds will star in Gifted.

Evans earned $6.9 million in 2015 after taking the mantle of Captain America in Avengers: Age of Ultron.

Evans lives in the neighborhood of Laurel Canyon in Hollywood Hills. He purchased the mansion for $3.5 million last 2013. During the same year he listed his former Hollywood Hills home for $1.45 million.

Evans continually supports the Concord Youth Theater and was one of the many supporters who helped the theater cut the ribbon for their new black box space in 2013. In 2014 Evans agreed to host the pre-Oscar party of Vanity Fair in Los Angeles, and in exchange Vanity Fair made a donation to Concord Youth Theater. Also in 2014 Evans signed a Harley-Davidson Street 750 motorcycle which was then donated by the motorcycle company to the theater.

In 2011 Evans joined some of the biggest names in the entertainment industry in donating a pair of shoes to the non-profit organization Soles4Souls which gives footwear to the needy around the world.

In 2015 Evans had a wager with fellow Marvel actor Chris Pratt during Super Bowl. Evans won the bet which had Pratt (in costume as Star Lord) visit Christopher’s Haven. Evans joined Pratt in the visit as they gave gifts to the kids. Afterwards Evans (also in costume) visited Seattle Children’s Hospital which was Pratt’s choice had he won the bet. Their friendly wager war also earned their chosen charities more than $27 thousand in donations as the two superheroes shared fundraising links on their Twitter accounts.

Last May 2016 Evans made a surprise visit during a charity screening of Captain America: Civil War for young volunteers. He greeted a volunteer who was celebrating his birthday and gave toys to the other kids. During the same month Evans joined Gwyneth Paltrow and Robert Downey Jr. and visited Ryan Wilcox who was diagnosed with leukemia.

Evans and Elizabeth Olsen appeared on the Ellen DeGeneres Show last May and participated in the “Last Dance” skit. DeGeneres donated $10,000 to Christopher’s Haven for the efforts of the two stars.

Evans is one of the many celebrity supporters of Got Your 6, a non-profit campaign that supports veterans.

Evans visited Newburyport’s The Tannery in 2014 and signed autographs for hundreds of fans. Afterwards he joined his mother Lisa, younger brother Scott, and two aunts in hosting a sold-out charity party, and this party managed to raise more than $3,000 which went to The Pettengill House, a non-profit that supported underprivileged families and children around Greater Newburyport.

In 2014 Evans was one of the celebrities who was part of the host committee of the charity event for Road to Hope, a program that helped children who were orphaned after losing parents to illnesses. He was also one of the contributors in giveStars, a customizable audio card voiced by celebrities and profits earned from these greeting cards were donated to a chosen charity.

In 2014 Evans took the ALS Ice Bucket Challenge while donning a full suit as he wanted to help bring awareness to the charity in a “formal setting”.  Two years later he was nominated for the 22 Push-Up Challenge which helped raise awareness regarding veteran suicide prevention.