What Happened to Kristen Stewart – News and Updates 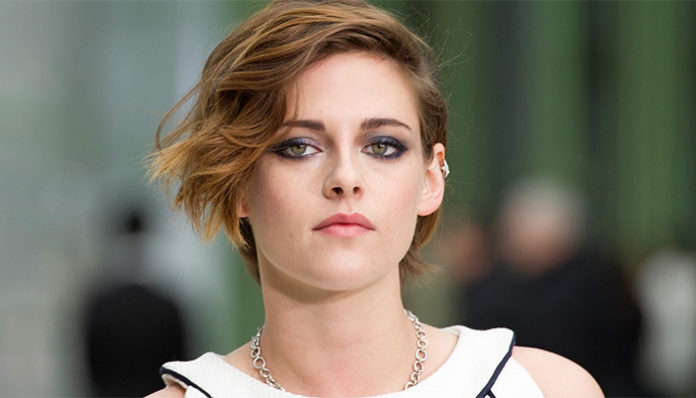 Kristen Stewart is an American actress who first rose to fame in 2002 for her role in the thriller film, Panic Room. The daughter of a stage manager and a scriptwriter, Stewart was introduced to the world of acting at a very early age. Having caught the attention of a talent scout during a school Christmas play, she made her debut on television when she was eight years old. From there, it wasn’t long until she landed a role in the television film, The Thirteen Year (1999).

A natural performer, she continued to act in front of the cameras over the next years, appearing in The Flintstones in Viva Rock Vegas (2000) and The Safety of Objects (2001). Despite her time on-screen, it wasn’t until she was cast as Sarah Altman in the thriller, Panic Room (2002) that she received wide critical acclaim as an actress. Eventually graduating onto larger roles, she starred in Catch That Kid (2004), Speak (2004), and Into the Wild (2007) prior to receiving another breakthrough when she landed a lead role in the popular Twilight Saga film series.

Aside from the romance fantasy films, she has also appeared in a number of other movies including The Runaways (2010), Snow White and the Huntsman (2012), Welcome to the Rileys (2010), On the Road (2012), Still Alice (2014), and Anesthesia (2015), to name a few. More recently this past summer, she starred in a romance drama called Equals (2016), opposite of actor Nicholas Hoult. Having won over millions of audiences with her captivating performances on-screen, it’s not surprising to know that Stewart has accumulated a fair share of awards and nominations throughout her time in the industry.

The highest paid actress in 2012 according to Forbes, she has received nine Critic Awards, seven MTV Movie Awards, three People’s Choice Awards, eleven Teen’s Choice Awards, four Kid’s choice Awards, amongst countless others. In 2015, she was also the first American actress to be honoured with a Cesar Award.

Although Stewart is an actress first and foremost, it was recently announced this summer that she would be making her directorial debut in a short film called Water. Produced for Refinery29, a female-oriented digital publisher, the project is said to be part of an anthology called ShatterBox. Aside from acting and directing, the award-winning star has also been featured in numerous TV shows over the years including The Tonight Show with Conan O’ Brien (2009), Up Close with Carrie Keagan (2009), The Oprah Winfrey Show (2010), The 7PM Project (2010), Late Show with David Letterman (2010), and The Tonight Show with Jay Leno (2012), to list a few. Did you know that she’s also the face of the fashion brands Balenciaga and Chanel?

So what has the actress of Twilight fame been up to recently? What new projects have she been working on lately? What happened to Kristen Stewart? Where is she now in 2018?

Kristen Stewart’s Early Life and Eventual Breakthrough as an Actress 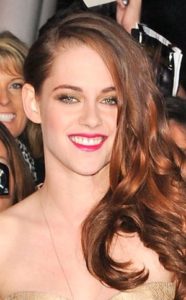 Born on April 9, 1990, in Los Angeles, California, Kristen Stewart is the daughter of Jules and John Stewartーa scriptwriter and a stage manager respectively; she has an older brother named Cameron and two adopted brothers named Taylor and Dana. Due to her parents’ line of work, the blonde was immersed into the acting scene at a young age. When she was eight years old, she performed in a school play and in doing so, caught the attention of a talent scout who happened to be present.

Although her parents were initially reluctant of having their daughter act in front of the cameras, they eventually gave in and allowed her to appear on television later that year. Not long afterwards, she landed a role in the Disney television film, The Thirteenth Year (1999), which starred Chez Starbuck, Justin Jon Ross, Brent Briscoe, and Courtnee Draper. When she wasn’t acting, Stewart enjoyed spending time at the beach with her friends, riding the waves.

When she was eleven years old, she was cast in the indie film The Safety of Objects (2001), alongside Glenn Close, Dermot Mulroney and Jessica Campbell. Soon afterwards, the young actress received a breakthrough when she was offered a major part in the thriller, Panic Room (2002). Directed by David Fincher, the movie revolved around a mother and daughter pair, who finds themselves the victims of a violent home invasion. Released in theatres in March 2002, Panic Room was a commercial success and grossed close to $30 million on its opening weekend in the US and Canada. Praised for its portrayal of feminism and childhood, it received generally positive reviews by critics, although some panned it for being “too mainstream.” Stewart’s first major film role, it garnered her much acclaim as an up-and-coming actress at the time. For her portrayal of Sarah Altman in the thriller, she also received a Young Artist Award nomination for “Best Leading Young Actress in a Feature Film” in 2003. 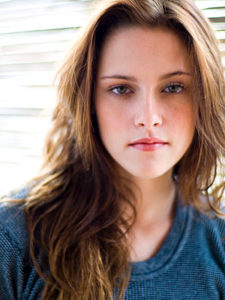 Following the success of Panic Room, Stewart was cast as a support character in the psychological thriller, Cold Creek Manor. Released in the United States in September of 2003, it told the story of the Tilson family, who after relocating from the city to the country, find themselves being terrorized in their new home by its former inhabitant. While actors Dennis Quaid and Sharon Stone played the parts of Cooper and Leah Tilson, Stewart portrayed the role of their daughter, Kristen Tilson. Other cast members included Ryan Wilson, Stephen Dorff, Juliette Lewis and Christopher Plummer. Although it was met with generally negative reviews, it went on to gross over $29 million at the box office.

After the lukewarm success of Cold Creek Manor, the actress went on to start in a handful of smaller films the next year including Catch That Kid (2004), Speak (2004) and Undertow (2004). Following a series of mild successes, Stewart landed a part in the critically acclaimed biographical survival film, Into the Wild (2007). Based on a non-fiction book written by Jon Krakauer, it revolved around the adventures of American hiker, Christopher McCandless, as he journeyed across North America in the early 90’s. Originally premiered in September 2007, Into the Wild featured a star-studded cast including Marcia Gay Harden, Emile Hirsch, William Hurt, Catherine Keener, Jena Malone, Hal Holbrook, and of course, the actress herself.

A huge hit upon its release, it received many praises, most of which commended the film for its brilliant acting. Named as one of the Top 10 Films of the Year by the National Board of Review, it also garnered many industry awards including a prestigious Golden Globe Award for the category of “Best Original Song.” For her work in the film, Stewart was also recognized with a Young Artist Award (e.g. Best Supporting Young Actress in a Feature Film), a Screen Actors Guild Award nomination and two Critic Award nominations. 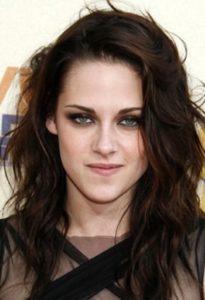 In 2008, the actress got yet another big break when she was cast as the female protagonist of the highly anticipated, Twilight film series. Based on author Stephenie Meyer’s immensely popular novel of the same name, it told the story about a teenage girl named Bella Swan, who finds herself falling in love with a vampire named Edward Cullen. A sensation at the box office as soon as it was released in theatres that fall, Twilight grossed over $393 million worldwide from a $37 million budget. The winner of multiple awards, its soundtrack was also nominated for two Grammy Awards in 2010. In the romantic fantasy, Stewart played the part of Bella Swan while actor Robert Pattinson played the role of Edward Cullen; other members of the cast include Billy Burke and Peter Facinelli. Praised for her portrayal of Swan, the actress also garnered numerous awards including two MTV Movie Awards, two Teen Choice Awards, amongst many others.

Following the success of Twilight, the second installment of the film series, The Twilight Saga: New Moon was released in theatres in November 2009. Adapted from the 2006 novel New Moon, it saw the return of original cast which consisted of Stewart, Taylor Lautner and Robert Pattinson, who played Bella Swan, Jacob Black and Edward Cullen respectively in the film. A blockbuster success, it grossed a staggering $26 million during its opening weekend. Set after Twilight, it followed Edward and Bella as the former decides to leave in attempts of protecting her from future attacks; unbeknownst to him however, Bella eventually ends up falling for a werewolf named Jacob Black in her moment of depression. Although The Twilight Saga: New Moon was panned by critics, mostly for its “excessive length and downcast tone,” it was generally well received by fans. For her performance in the sequel, Steward was also honoured with a number of awards including two MTV Movie Awards, three Teen Choice Awards, and a Kid’s Choice Award.

The next year, Stewart starred in The Twilight Saga: Eclipse, the third installment of the film series. Based on Stephenie Meyer’s novel Eclipse, it was released nationwide in June 2010. With most of the original cast reprising their roles, with the exception of Victoriaーwho is now played by Bryce Dallas Howard, The Twilight Saga: Eclipse grossed approximately $30 million from its midnight opening in the US and Canada; it also become the widest release, having been played at over 4400 theatres in the country. Highly anticipated by fans of the original novel, the film followed Bella as she’s faced with having to make a choice between Edward and Jacob as her high school graduation fast approaches; also troubling is the fact that the city has been hit with a series of mysterious killings. Similar to the previous films, The Twilight Saga: Saga also earned Stewart many awards including two People’s Choice Awards, a Teen Choice Award, and a Scream Award.

From there, Stewart appeared in an independent film called Welcome to the Rileys in late 2010, prior to reprising her role as Bella Swan in The Twilight Saga: Breaking Dawn- Part 1 in 2011. Following her time on the sequel, she starred in the dark fantasy film, Snow White & The Huntsman (2012). Later that same year, she starred in the last Twilight film of the franchise, The Twilight Saga: Breaking Dawn- Part 2.

What is Kristen Stewart Doing Now in 2018?

The actress whom we’ve all grown to love throughout the Twilight film series has starred handful of movies this yearーwith Personal Shopper (2016) being one of them. Directed by Olivier Assayas, the French psychological thriller had Stewart playing the lead part of Maureen. Selected to compete at the 2016 Cannes Film Festival, it told a ghost story which took place in the fashion underworld of Paris. Aside from the spooky thriller, Stewart has also starred in a war film called Billy Lynn’s Long Halftime Walk, which was released in November 2016; while Joe Alwyn played the part of Billy Lynn, the actress portrayed the role of Kathryn Lynn.

In terms of on-going projects, Stewart is currently busy filming for Untitled Lizzie Borden Projectーa thriller set to be released in 2017.