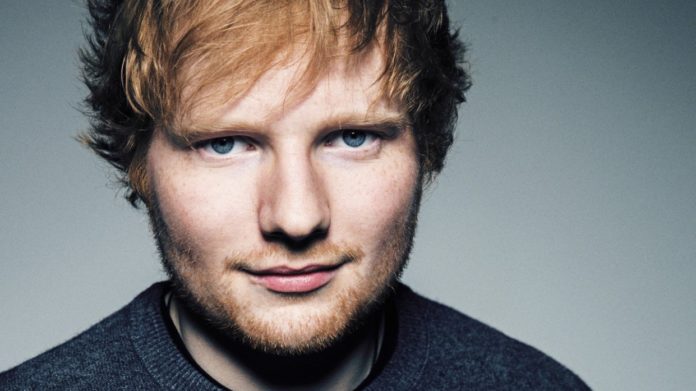 Ed Sheeran is a singer best known for hits like “The A Team”, “Thinking Out Loud”, and “Lego House”. In his career of five years Sheeran has released two critically-acclaimed albums that sold millions around the globe and has earned numerous awards and nominations for his efforts. With his earnings in the music industry Sheeran has not forgotten to give back to the needy with his several donations and philanthropic efforts.

Read on and find out more about Ed Sheeran’s career and wealth.

How did Ed Sheeran make his money & wealth?

Edward Christopher Sheeran was born on February 17, 1991, in the town of Hebden Bridge, West Yorkshire. Sheeran spent most of his childhood in Framlingham, Suffolk, and was exposed to music at the early age of four when he joined his mother at the church choir. His interest in the tunes was further nurtured by Van Morrison songs, his uncle giving him a guitar, and his father taking him to concerts. At the age of 11 Sheeran went to a Damien Rice gig and managed to talk to the singer after the show. This encounter sparked Sheeran’s desire to follow the same career path.

In 2005 Sheeran penned a slew of original songs and burned them to CDs. He named the ‘album’ Spinning Man but did not release it in public, although some of the songs he wrote there were included in the extended play The Orange Room which was released during the same year. Sheeran dropped out of Thomas Mills High School and relocated to London    where he worked as a guitar technician for the duo Nizlopi which also happened to be his favorite band. Eventually he was offered an opening slot by Nizlopi for their gigs which, coupled by his consistent release of extended plays, earned him exposure. His busiest year was in 2009 wherein he played a total of 312 gigs, but the constant grind left Sheeran with a feeling of disillusionment. The next year he booked a flight to Los Angeles in pursuit of a deeper path in music.

Sheeran landed on Los Angeles by himself and immediately started playing on gigs in open-mic nights of clubs. His momentum steadily increased with more gigs until Sheeran landed at The Foxxhole where the owner, actor Jamie Foxx, was blown away by Sheeran’s talent. Sheeran was then invited to the actor’s mansion where he was offered the use of a recording studio. He stayed there for a week, sleeping on Foxx’s couch, and even tagged along with family events. Sheeran continued releasing extended plays and his name became more recognized online thanks to the spread of his music on YouTube. 2011 saw the release of his debut single “The A Team” and album +, both raking critical praise and commendable commercial performance.  His second album x followed in 2014 which contained the highly-popular single “Thinking Out Loud”  and was also met with critical acclaim.

One Direction. Some of his songs were part of soundtracks of films like The Hobbit: Desolation of Smaug, The Fault in Our Stars, Bridget Jones’s Baby, to name a few. He was also part of the cast of the medieval drama series The Bastard Executioner.  On the business side of things Sheeran founded companies Ed Sheeran Limited and Nathan Cable Touring LLP in 2011 and 2012 respectively. In 2015 he founded his own record label named Gingerbread Man Records and has already signed two artists aboard namely Jamie Lawson and Foy Vance. In 2014 he was featured in an advertisement of Beats by Dr. Dre for their headphone line Solo 2.

No. Sheeran is currently dating hockey player Cherry Seaborn who was his high school classmate. He was previously in a relationship with Athina Andrelos, and singer Nina Nesbitt who appeared in the music video of “Drunk”.

Sheeran bought a $11.4 million mansion last September 2015 in London. Three months later he purchased a $950 thousand flat opposite of his abode which was for his parents.

Sheeran has been spotted driving around a black Mercedes Jeep. Last year he purchased a Mini Cooper despite not yet taking driving lessons.

Sheeran has volunteered for Crisis, a charity that reached out to homeless people. It was during one of these volunteer sessions where Sheeran got the inspiration for his hit song “The A Team”.

In 2012 Sheeran had a fundraising gig in Bristol in support of One25, a charity that helps street sex workers. The gig raised around $50 thousand.

Sheeran collaborated with guitar manufacturer CF Martin in 2013 for the creation of a limited edition instrument named LX1E Ed Sheeran Signature Edition. The guitar is embossed with both the logo of Sheeran’s first album + and the East Anglia Children’s Hospices (EACH). Royalties derived from the guitar were donated to EACH.  Sheeran was named as an EACH ambassador in 2014.

Sheeran was one of the many artists who provided vocals for the track “Do They Know It’s Christmas?” of the charity group Band Aid 30. Their efforts were directed in supporting the fight against the dreaded Ebola virus in West Africa. A year later he joined the line-up of celebrities who donated winter clothes to the charity Turn2Us.

Last September 2016 Sheeran gave out his clothes amounting to 12 bags to the charity shop of St. Elizabeth Hospice in Framlingham. Some of these items include suits he wore during the Grammys and Brits, and shirts worn in cameo appearances in film.  A month later Sheeran donated the drum set he used in his teenage years to EACH which was put in auction and was sold for $3,358. He also performed for 40 minutes at the EACH Gala Dinner on November 30, an event that raised funds for the improvement of hospice care services for children in Norfolk.

Sheeran supports the #IAMWHOLE initiative of YMCA which focuses on fighting stigma experienced by young people who suffer from difficulties in mental health.

Sheeran’s “The A Team” won the “Best Song Musically and Lyrically” award during the 2012 Ivor Novello Awards.

From 2013 to 2014 Sheeran took home the “Pop Award Songs” accolade of the BMI London Awards.

Sheeran was crowned as the “British Artist of the Year” in the 2014 BBC Music Awards.

With 430 million streams, Spotify crowned x as the most-streamed album worldwide in 2014. The album also earned a spot on the best-selling albums in the entire music history of the United Kingdom, and the third best-selling album in the UK for that decade.

In 2012 Sheeran took home the “British Breakthrough Act” and “British Solo Male Artist” during the Brit Awards. Three years later he was hailed as “Best Solo Male Artist” and his second album as “Album of the Year”. He also won the “Favorite Male Artist – Pop/Rock” award at the American Music Awards in that same year.

“Thinking Out Loud” won the “Song of the Year” and “Best Pop Solo Performance” at the 58th Annual Grammy Awards last February 2016.

From 2015 to 2016 Sheeran was tagged as “Best International Rock / Pop Male Artist” in Germany’s own Echo Music Prize.