What Happened to Kel Mitchell – What He’s Doing Now 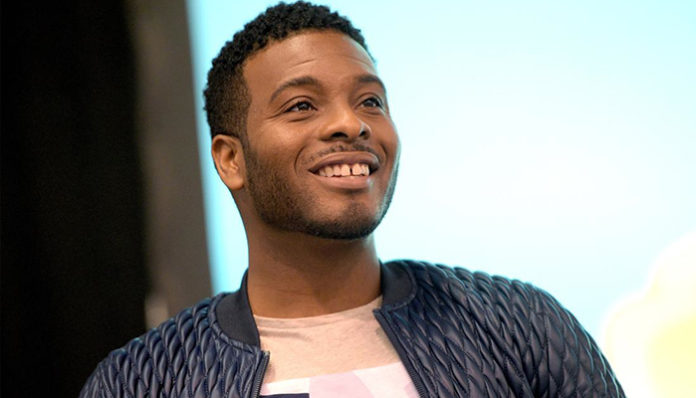 Kel Mitchell is an American actor who is probably best known for his work in the Nickelodeon sketch comedy, All That. As a child, he first wowed audiences with his on-stage aura as a member of the ETA Creative Arts Foundation. While he was still in grade school, he starred in a number of productions including that of Dirt and Kasimu & the Coconut Palm. However, it was ultimately a performance on Eden when he was thirteen years old, that captured the attention of a talent agent, who happened to be present in the audience. The following year, Mitchell was given an opportunity of a lifetime by Nickelodeonーwhich was still an up-and-coming network at the time. At the age of fourteen, he flew to Florida where he eventually became a regular cast member on the sketch comedy series, All Thatーa role which he continued for a total of five years. To date, it remains to be one of his best known roles on television, despite it having been over twenty years ago.

After a couple of years on the sketch comedy, Mitchell landed yet another prominent role in the teen sitcom, Kenan & Kel opposite of Kenan Thompsonーa fellow All That cast member. Critically praised for his performance, the series garnered the actor much positive attention from viewers and critics alike; the role in the comedy ultimately went on to earn him a Kid’s Choice Award for “Favourite TV Actor” and a CableACE Award for “Best Actor in a Comedy.” From there, he eventually guest starred in a string of shows including that of The Steve Harvey Show (1996), Sister Sister (1997), Sabrina the Teenage Witch (1998), Figure it Out (1998), and Cousin Skeeter (1999), to name a few. Aside from appearing on the small screen, the actor also branched out to film starting in the late 1990’s; he made his debut in the comedy flick, Good Burger (1997). Some of the other movies which he’s been involved with include Mystery Men (1999), The Adventures of Rocky and Bullwinkle (2000), Clifford’s Really Big Movie (2004), and Like Mike 2: Streetball (2006).

Although Mitchell is an actor first and foremost, he has also dabbled in the music industryーin 1996, he made a guest appearance in Immature’s R&B track, Watch Me Do My Thing. Since then, he has also been featured in the songs We’re All Dudes, Who are Those Mystery Men, Pedal to the Steel, and Kel Mitchell. Going back to the topic of television, Mitchell has also been invited onto a number of TV talk shows over the years including that of The Nick Cannon Show (2002), The Wendy Williams Show (2011), Surah Online (2014), Minay TV (2015), and Access Hollywood Live (2015).

So what has the actor and comedian of All That fame been up to these days? What are some of the latest projects that he’s been working on? What happened to Kel Mitchell? Where is he now in 2018? 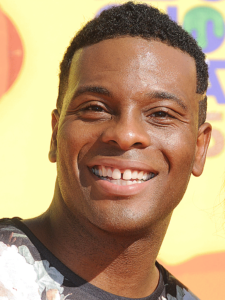 Born on August 25, 1978, in Chicago, Illinois, Kel Johari Rice Mitchell spent most of his childhood in Windy City. As a young boy, Mitchell often got himself into trouble and was known as the class clown in school. Noticing his enthusiasm for performing, his parents later enrolled him in acting classes at a local theatre after-school; over the summer, he attended courses at the Creative Arts Foundationーit was there that he quickly fell in love with drama and acting. From there, Mitchell began taking part in several theatrical productions such as Dirt and Kasimu & the Coconut Palm. However, it wasn’t until he gave a splendid performance in Eden at the Victory Gardens Theaters, that his talents caught the attention of a talent agent who happened to be present in the audience.

With his help, Mitchell began appearing in various commercials and started to audition for larger TV roles. While he was a sophomore at high school, an opportunity came for a Nickelodeon sketch comedy show. Jumping at the chance, he attended the audition; however he ultimately forgot his monologue as he’d been studying for his finals that entire week. Despite this, Mitchell was eventually able to recite the monologue perfectly after being given short break. After dazzling the show’s producers with his perfect impersonations, he was later offered the part two weeks later. Mitchell later recalled his mother “screaming and running around the house” with the news. With that, he flew to Florida and became one of the regular cast members of All That. 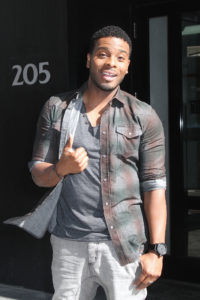 Originally aired on Nickelodeon in April 1994, All That was a sketch comedy variety show that was created by Mike Tollin, Brian Robbins and Dan Schneider. Aimed towards a younger audience, the series featured a variety of short, original comedic sketches and was known for inviting weekly musical guests onto the show. Performed by a large cast of child and teen actors, it parodied contemporary culture and was hugely popular during its time on air. Filmed at the Nickelodeon Studios at the Universal Orlando Resort, it is recognized for its diverse cast members and has been noted for its impact on children’s television. As one of All That‘s original cast members, Mitchell reprised his role for a total of five years, prior to leaving the series in 1999; at the time, he had starred for over 100 episodes.

Two years after his television debut on sketch comedy, Mitchell landed a lead role in the Nickelodeon teen sitcom, Kenal & Kel (1998) alongside fellow All That co-star, Kenan Thompson. Premiered in July 1998, the series was a huge hit; it won numerous awards throughout its run including a Kid’s Choice Award for “Favourite TV Show” later that year. Filmed at Orlando’s Nickelodeon Studios, Kenal & Kel revolved around the misadventures of two mischievous teenage boys named Kel and Kenan. Aside from Mitchell and Thompson, the sitcom also starred Ken Foree, Teal Marchande, Vanessa Baden and Dan Frischman. For his performance as Kel, the actor received a Kids’ Choice Award for “Favourite TV Actor” and a CableACE Award for “Best Actor in a Comedy” in 1999 and 1997 respectively. Kenal & Kel ultimately continued for four years, prior to ending in July 2000 after over 60 episodes.

Shortly after the end of the sitcom, Mitchell was cast as one of the main voice actors in the animated series, Clifford the Big Red Dog (2000). Based on a set of children’s books of the same title, it premiered on PBS Kids that September and revolved around the adventures of Cliffordーa spectacularly large red dogーand his friends on Bridwell Island. Largely popular amongst younger viewers, the series featured American actor John Ritter as the voice of Clifford; Michell on the other hand, played the part of a bulldog named T-Bone, one of Clifford’s best friends. Made up of two 15-minute stories each, every episode also placed emphasis on Clifford’s owner Emily Elizabethーwho also served as one of the main protagonists. Clifford the Big Red Dog ultimately ran for three years, until February 2003; at the time, over 60 episode had aired on television.

Following a few guest appearances in City Guys (2001), The Proud Family (2001), The Parkers (2003), and Half & Half (2004), Mitchell guest-starred in the UPN sitcom, One on One as a supporting character named Manny. Premiered in September 2001, the series revolved around a sportscaster who finds himself becoming a full-time dad after his teenage daughter moves in to live with him. Mitchell made his first appearance in the first episode of the fifth season; he later went on to guest-star in five other episodes throughout the season.

Continuing to appear in various TV shows and films over the next few years, it wasn’t until 2010 that he received a lead role in the animated series, Pink Panther and Pals (2010). Originally premiered on the Cartoon Network that March, it followed the life and adventures of a young Pink Panther and his friends. Created by Friz Freleng, each episode of Pink Panther and Pals consisted of three seven-minute shortsーtwo featuring the Pink Panther, and one featuring Ant and the Aardvark. Aside from Mitchell, who provided the voice of Ant, the seres also starred William Hanna, Joseph Barbera, Eddie Garvar and Alex Nussbaum as the voices of the main characters. The cartoon ultimately ended in August 2010 after a 26-episode run.

In the spring of 2012, Mitchell landed yet another voice-over role in the animated series, Wild Grinders. Premiered that April on Nicktoonsーthe sister channel of Nickelodeonーit followed the skateboarding adventures of a pre-teen named Lil’ Rob and his close friends. In the show, the actor lent his voice to the character of JayJay; an intelligent hipster who has a fear of germs. Aside from Mitchell, Wild Grinders also featured the voices of Cam Clarke, Yuri Lowenthai, Erin Fitzgerald, and Chelsea Chanel Dudley. Although the cartoon was met with overwhelmingly negative reviewsーmany panning it for its similarities with Rocket Power, it continued for two seasons and also spawned a mobile game.

That same year, Mitchell also lent his voice to the Disney animated series, Motorcity. Created by Chris Prynoski, it premiered on the network in April 2012. Set in a futuristic Detroit where the city is owned by a nefarious billionaire, it told the story of The Burnersーa group who rises in order to stop him from obtaining their last oasis of freedom, a refuge known as Motorcity. Aside from Mitchell, who voiced the character of Dutch Gordy, a technological genius, Motorcity‘s cast list also featured Reid Scott, Kate Micucci, Nate Torrence, Jess Harnell, and Brian Doyle-Murray. The series ran for one season, which spanned over twenty episodes; it was later announced by Disney XD that it would not be renewed for a second season. 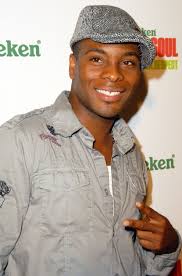 This year, Mitchell has been spending most of his time reprising his role as Double G in the Nickelodeon sitcom, Game Shakers. Premiered on television last September, it follows the life of two preteens who recruit the help of a rap star named Double G for their multi-million dollar gaming company. Created by Dan Schneider, the series is currently on its second season, which just began on September 17th, 2016. If you’d like to tune in, Game Shakers airs every Tuesday at 6:30E/P.

Aside from that, he’s also had a couple of voice-over roles in the animated comedy, Robot Chicken and in the animated sitcom, Da Jammiesー the last of which he began back in 2015. Outside of acting, Mitchell guest appeared in the children’s game show, The Double Dare Reunion on November 23rd, 2016.

If you’d like to stay connected with the Nickelodeon star, you can do so by following him on Twitter at @Iamkelmitchell.