Gigi Hadid Net Worth – How Rich is She Now? 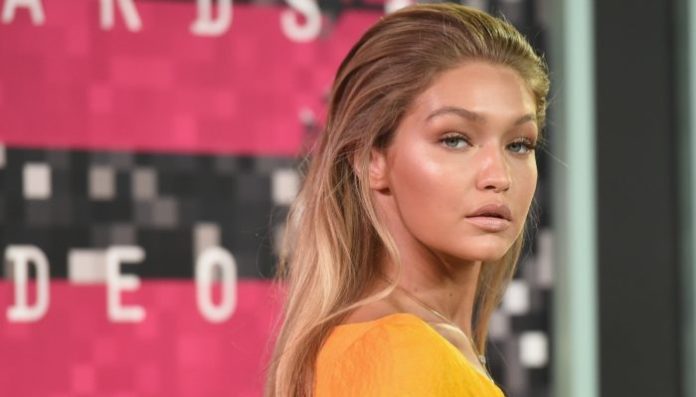 Gigi Hadid, whose full name is Jelena Noura Hadid, is one of the most well known and highest paid American models and social media icons. She made her debut on the modeling scene by ranking in the Top 50 highest ranking models in 2014 and her career has skyrocketed since then. She has featured in numerous movies, television shows and music videos, as well as celebrity endorsements. Let’s see how Gigi made her wealth and what she did with it.

How did Gigi Hadid make her money and wealth?

Hadid was born in the American city of Los Angeles and has spent most of her life there, from growing up to growing her career, Hollywood is her home. Her mother, Yolanda Hadid, is a former model and her father, Mohamed Hadid, is a real estate developer. Gigi also has two siblings who also share her passion for modeling, their names are Bella and Anwar. The sibling list doesn’t end there though, Hadid also has two paternal half sisters, as well as five stepsisters. This is the result of her mother marrying music producer David Foster following the divorce of her biological parents.

In high school, Gigi was a competitive horseback rider and the captain of the volleyball team. She graduated from Malibu High School in 2013. From there, she moved to New York to pursue her modeling career and studied at The New School. But this wasn’t Gigi’s first step into the world of modeling. From the young age of two, whether she knew it or not, she was a model. Gigi was discovered by Paul Marciano from Guess, who let her do some modeling for Baby Guess. After a small break, she continued to work with Marciano and in 2012, Gigi became the face of a successful Guess campaign.

Once school was over, her New York modeling career began. She signed to IMG Models in late 2013 and introduced herself to New York Fashion Week by walking for Desigual’s show a few months later. Gigi was also covered in the FR Fashion Book not too Long after that, which marked her debut in high fashion. A few months later, she starred in Tom Ford’s Eyewear autumn/winter campaign. Not too long after that, she became a co-host on the Daily Front Row’s Fashion Media Awards. The work kept coming in as her fame grew and she eventually began appearing alongside top models for the world’s biggest brands.

Gigi started 2015 with a bang and was named 2015 “Model of the Year” by the Daily Front Row. She appeared in the iconic 2015 Pirelli calendar and became the brand ambassador for popular makeup company Maybelline. In the same year, Gigi found herself walking for major designers to the likes of Chanel, Micheal Kors, Mark Jacobs and Jean Paul Gaultier. She also made her debut at the popular Victoria’s Secret fashion show. Gigi has become a cover girl for many magazines, including Vogue, WSJ Magazine, Elle, Teen Vogue, Sports Illustrated and many others. She was also the first model to appear on the cover of CR Fashion Book twice.

2016 was an even bigger year for Gigi as she found herself on the cover of countless magazines, walking for the biggest fashion brands in the world and even featuring in some movies and music videos. Her career as a model has hit it’s peak level and she is known and adored by millions of aspiring fashionistas and social media users around the world.

With countless covers, catwalks and endorsements, it goes without saying that Gigi has created an impressive fortune for herself. Not only does she benefit from the latter mentioned, but things like sponsored social media posts, features and hosting has further added to her expanding portfolio. She earns an estimated $4.6 million per year, most of which comes from modeling. $850 000 comes from magazine shoots and around $75 000 from merchandise. It is estimated that Gigi has paid around $4.2 million in taxes over the course of her career. 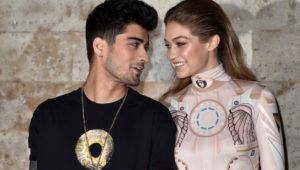 Gigi’s dating history goes back to 2012, where she is pictured with her date for prom, named Jackson. As she rose to fame, her list of boyfriends continued to grow to more high-profile celebrities. In 2013, she went public with her relationship with Australian singer Cody Simpson. A month after they broke up, Gigi was pictured with singer Joe Jonas on a romantic cruise with Taylor Swift and Calvin Harris. Her short-lived relationship with the Disney star allegedly ended in November 2015.

Since then, Hadid’s busy schedule has left her with little time for things like relationships. Nonetheless, she has allegedly been in a relationship with One Direction star, Zayn Malik. While the relationship is not official, they have been spotted together on numerous occasions. When asked about the matter, Zayn simply replied with “I’m chuffed.”

Regardless, the American model doesn’t need to be with a wealthy superstar or businessman to have nice things. Gigi’s earnings have given her the opportunity to purchase a dream New York apartment worth over $4.6 million. With her father being in the real estate business, Gigi knew exactly where to look.

While the 2085 square foot apartment only features enough room for two bedrooms and their respective bathrooms, its more than enough for the American model and a few friends. The apartment is the result of popular designer, Selldorf, who made sure to go for a sleek and modern theme throughout the property. The apartment features massive, mahogany lined windows, a shiny marble-clad kitchen and rather luxurious bathrooms. 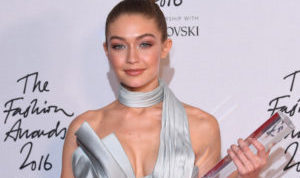 Gigi is young, as is her career. But that has not stopped her from working to her full potential every day and accomplishing what some models can only dream of, all in the course of a few years. She has featured in tv shows such as The Real Housewives of Beverly Hills, MasterChef, Lip Sync Battle and Those Wrecked By Success. The has also hosted the American Music Awards. Gigi has received the Teen Choice Award for Model of the Year, the British Fashion Awards Model of the Year, as well as multiple Models.com Industry Awards.

You can also find Gigi in multiple music videos, including Taylor Swift’s “Bad Blood,” Calvin Harris’ “How Deep is Your Love” and “Pillowtalk” by Zayn. She also starred in the short film Virgin Eyes. Let’s not forget the fact that she has covered for dozens of magazines and walked the runway for countless brands – Gigi Hadid has done it all.