What Happened to Ricki Lake – What She’s Doing Now 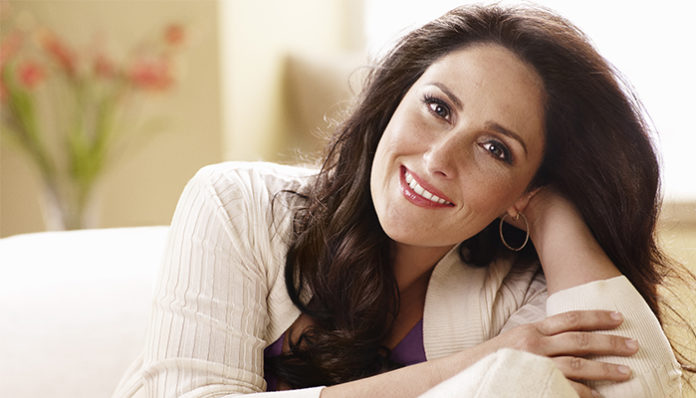 Ricki Lake is an American actress/television host who is most well known for her daytime talk show, Ricki Lake. Inspired to pursue an acting career after seeing a production of Annie at the age of seven, she soon enrolled in acting classes at Manhattan’s Professional Children’s School; although she was quite heavyset at the time, Lake didn’t let her appearance affect her confidence and spirit. Continuing to chase her dreams as an adolescent, she went to Ithaca College where she auditioned for many campus productionsーhowever her extra weight proved to be a challenge. Despite her initial struggles however, Lake was eventually cast in the popular comedy, Hairspray in a twist of fateーshe had run into film director John Waters at her campus, who was coincidentally, looking for a heavier young girl to play a role in his upcoming project. Jumping at the opportunity, Lake auditioned and was ultimately offered the part. To this date, Hairspray remains to be one of her best-known roles on television.

After making her film debut in the romantic comedy, the actress began landing a steady stream of small roles, such as those in Working Girl (1988), Starlight: A Musical Movie (1988), Babycakes (1989), Cookie (1989), and Last Exit to Brooklyn (1989). Wanting to slim down her figure as it was hindering her ability to gain roles, Lake eventually went on a strict diet and was successful at losing fifty pounds. From there, she auditioned for a TV talk show created by Gail Steinberg and Garth Ancier; one that was geared towards young women with the theme of dating and relationships. Impressing the producers with her spunk and enthusiasm, she was soon offered the job. At the age of twenty five, Lake became the youngest television talk show in history. Ricki Lake, as it was called, was a huge success; it later earned her a Daytime Emmy Award nomination for “Outstanding Talk Show Host” in 1994. In addition to Ricki Lake, she has also served as the host for Gameshow Marathon (2006), The View (2007) and The Ricki Lake Show (2012).

Aside from her work as a television host, Lake has also stayed close to her acting roots and has appeared in a number of films and TV series over the years. Since she first step foot in front of the cameras, she has appeared in Jackie’s Back (1999), The King of Queens (2000), Cecil B. DeMented (2000), Higglytown Heroes (2004), and The Middle (2007), to name a few. Also a frequent figure on reality TV, she has appeared in Celebrity Blackjack (2004), American Idol (2008), and Charm School with Ricki Lake (2009). In 2011, she also competed as a contestant on the popular competition series, Dancing with the Stars, where she came out in third place.

So what has the multi-talented talk show host and actress been up to recently? What new projects have been occupying her time as of late? What happened to Ricki Lake? Where is she now in 2018? 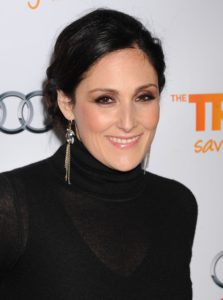 Born on September 21, 1968, in Hastings-on-Hudson, New York, Ricki Pamela Lake is the daughter of Jill and Barry Lake, a homemaker and a pharmacist respectively. Raised by her parents and paternal grandmother, she had dreams of becoming an actress ever since she saw the Broadway musical, Annie when she was seven years old. While her parents sought out to protect their daughter from the potential hardships that came with the show business, Lake continued to chase her dreams wholeheartedly.

Although she was a little on the chubby side, she enrolled at Manhattan’s Professional Children’s School where she participated in regular acting lessons. Popular and confident throughout her high school years, she later went to Ithaca College where she attempted to get involved with their campus productionsーhowever, her weight had made it difficult.

Despite this however, her life was eventually changed during her first year at college, when she crossed paths with John Waters in an amazing twist of fate. At the time, the film director had been looking for a younger, heavier girl to star in his upcoming comedy flick, Hairspray. Ecstatic with the opportunity that has suddenly come her way, she jumped at the auditions and eventually received the part. Consequently, Lake starred and lit up the screen as Tracy Turnblad in the offbeat comedy; although it was her first time on the big screen, it remains to be one of her best-known acting roles to date. 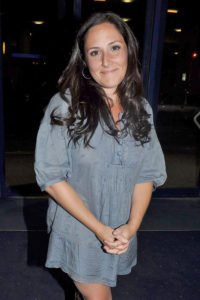 Originally released in theatres in February 1988, the musical comedy Hairspray revolved around a “pleasantly plump” teen named Tracy Turnblad, who after landing a role in a local TV dance show, finds herself teaching those in Baltimore a lesson about racial integration. Although it wasn’t an instant success, it has since become a cult classic after having attracted a wider audience on home video.

Included in Empire Magazine’s list of “500 Greatest Movies of All Time” in 2008, Hairspray had the actress playing the lead role of Tracy, and also starred actors Jerry Stiller, Divine, Sonny Bono, Debbie Harry, Pia Zadora and Ric Ocasek. Director John Water’s second highest rated movie to date, it currently holds an impressive “98% fresh” rating on the review aggregator website, Rotten Tomatoes. Having grossed over $8 million at the box office during its theatrical run, Hairspray went on to receive a Grand Jury Award at the Sundance Film Festival and six Independent Spirit Award nominations.

Following the success of her film debut, Lake began appearing in a series of smaller roles; she appeared in ABC Afterschools Specials (1988), Working Girl (1988), Starlight: A Musical Movie (1988), Babycakes (1989), Cookie (1989), and Last Exit to Brooklyn (1989). Finding it difficult to land roles, she eventually took on a strict diet and exercise routine, in hopes of dropping her weight. With much perseverance, the regimen proved to be a success and by 1993, Lake had trimmed down to a healthy 150 pounds.

Later that same year, she took part in an auditionーit wasn’t for a film or a television series like what she had been used to however, but instead for a talk show. At the time, producers Gail Steinberg and Garth Ancier had wanted to create a talk show geared towards young women; one which focused mainly on relationships and dating as opposed to the common topics of marriage. Impressing the two with her spirit and enthusiasm, Lake eventually beat her fellow competitors and was offered the part. At the age of twenty five, the brunette became the youngest talk show in history. 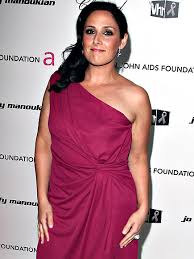 Originally premiered in September 1993, the talk show Ricki Lake revolved around sensationalist topics, with the brunette as the host. Unlike most of the similar series which aired during that part of the day however, it was mainly geared towards young adults, teenaged and college students. Taped at New York City’s Chelsea Studios, each episode invited a celebrity guest onto the show; towards the end of every episode, they then took comments and questions from audience members at the studio. Steadily attracting viewers to the screen, the show continued for eleven years prior to coming to an end in May 2004. Aside from the popularity that it garnered in the US, Ricki Lake was also hugely popular in the United Kingdom and Australia, where it aired daily on Channel 4 and the Seven Network respectively. For her role as host, Lake received a Daytime Emmy Award nomination for “Outstanding Talk Show Host” in 1994, just a year after the show’s debut.

Although Ricki Lake helped heaps in the boosting of her fame, the actress eventually returned to her true love of acting, although she did go on to host a handful of talk shows in the later years. 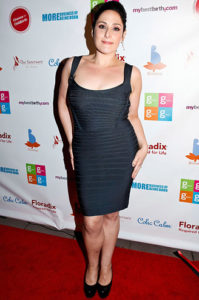 While she was hosting her talk show in the 1990’s, Lake also appeared in a handful of films and television series; one of them being that of the independent slasher, Skinner. Released in 1995, the motion picture revolved around a man named Dennis Skinner, who despite his decent appearance, is troubled by a disturbing childhood which leads him to capture and flay victims alive; after realizing that he has left a survivor, a prostitute named Heidi, he goes on a hellbent mission to track her down for revenge. While Lake played a supporting character by the name of Kerry Tate, the roles of Skinner and Heidi went to actors Ted Raimi and Traci Lords.

In April 1994, Lake portrayed a bigger role in the black comedy crime film, Serial Mom alongside Kathleen Turner, Matthew Lillard and Sam Waterston. Although it received multiple positive reviews from critics however, it was considered to be a box office flop having only grossed close to $8 million from a $13 million budget. Directed by John Waters, with whom the actress had worked with in her first film, Serial Mom revolved around the Sutphinsーalthough they resembled the picture perfect family, the housewife Beverly Sutphin, is secretly a serial killer who murders those who she deems as having perceived wrong doings. While many praised the film for its comedic moments, it ranked number eleven at the box office and only earned $2 million in its opening weekend.

Two years later, she appeared in the comedy drama motion picture, Park. Premiered in June 2006, the independent film centred around the happenings in a Los Angeles Parkーwhere ten individuals encounter both love and loss over the course of a single day. Recognized with an Audience Award at the 8th Annual CineVegas Film Festival, its star-studded cast list included William Baldwin, Cheri Oteri, Melanie Lynskey, Izabella Miko, Anne Dudek, Trent Ford, and of course the actress herself. Given an Artios Award by the Casting Society of America for “Outstanding Achievement in Casting in a Low Budget Feature”, it enjoyed a limited run in theatres prior to being released on DVD in May 2008.

This December, Lake returned to her roots and appeared in the television film remake of, Hairspray Live!. Similar to the 1988 original, it depicted the story of a Baltimore teenage girl who dreams of making it onto a popular dance show on TV. Directed by Alex Rudzinski and Kenny Leon, the remake starred Dove Cameron, Ariana Grande, Kristin Chenoweth, Garrett Clayton, Harvey Fierstein, and many others.

Aside from her recent TV appearance, it has also been announced that the actress will be starring in an upcoming film called Gemini. Produced by Adele Romanski, Sara Murphy and Mynette Louie, the mystery thriller will revolve around the co-dependent relationship between a personal assistant and a Hollywood star. Aside from Lake, the movie will also star Zoe Kravitz, John Cho, Lola Kirke, Nelson Franklin and Michelle Forbes. Currently in the post-production stages, Gemini is set to be released sometime in 2017.

If you’d like to stay connected with the actress and talk show host, you can do so by following her on Twitter at @rickilake.