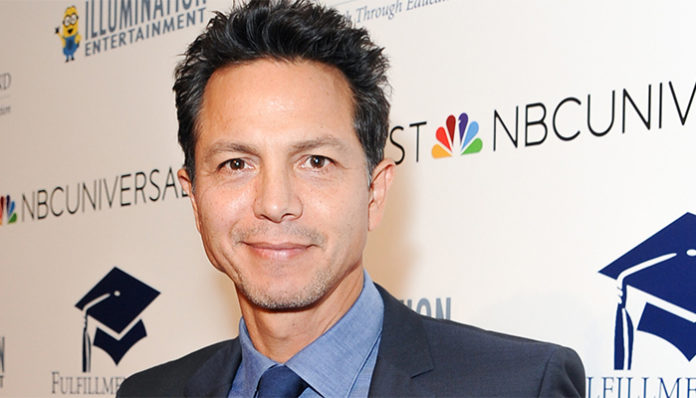 Perhaps one of American actor, Benjamin Bratt’s most well-known roles on television is that of Detective Rey Curtis in the drama series, Law & Order. The grandson of George Bratt, a Broadway actor, he began showing an interest in drama and theatre in his late adolescent years. After graduating from the University of California, he was accepted into the American Conservatory Theater’s Master’s programーhowever he ultimately left in favour of taking part in the Utah Shakespearean Festival. At the age of twenty four, the aspiring actor made his small screen debut in the made-for-television film, Juarez (1987). The following year, he appeared in a movie for the first time in Lovers, Partners & Spies (1988). Despite the on-screen time that he had received however, Bratt struggled to secure bigger roles over the next few years. Although he later landed a recurring part in Nasty Boys (1990), it wasn’t until the mid 90’s, that he captured the attention of audiences in the spy thriller, Clear and Present Danger (1994). After many years of perseverance, Bratt eventually landed a lead role in the ABC mini-series, Texas in 1995.

Later that year, Bratt received one of the biggest breaks of his career when he was cast as Detective Rey Curtis in the NBC drama series, Law & Order (1995). His first major role on television, it garnered him much widespread attention and exposure as an actor. One of his most well remembered portrayals to dateー despite the show having ended back in 1999ー it earned him many accolades during its run, including a prestigious Primetime Emmy Award nomination for “Outstanding Supporting Actor in a Drama Series” in 1999. On the topic of awards, he has also received three ALMA Awards (e.g. Outstanding Actor in a Drama Series and Mini-Series), a Screen Actors Guild Award (e.g. Outstanding Performance by an Ensemble in a Drama), a PRISM Award (e.g. Outstanding Performance in a Drama), and an Imagen Award (e.g. Best Actor in a Film) throughout his career. Some of Bratt’s other major television appearances include those in E-Ring (2005), The Cleaner (2008), Private Practice (2011), and 24: Live Another Day (2014).

Aside from starring in various TV series, Bratt has also appeared in dozens of films over the years including Traffic (2000), Miss Congeniality (2000), Pinero (2001), Catwoman (2003), and La Mission (2009)ーmany of which went on to become big hits at the box office. On top of live-action acting, he has even lent his voice to a number of animated projects such as Cloudy with a Chance of Meatballs (2009), Despicable Me 2 (2013), Cloudy with a Chance of Meatballs 2 (2013), and Justice League: Gods and Monsters Chronicles (2015).

So what has the 52-year-old actor been up to these days? What has his time been spend on as of late? What are his latest films and television series? What happened to Benjamin Bratt? Where is he now in 2018?

Benjamin Bratt’s Early Life and Entry into the Show Biz 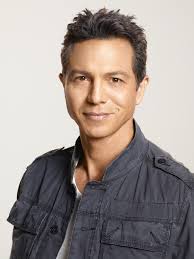 Born on December 16, 1963, Benjamin George Bratt is the son of Peter Bratt, Sr., a worker at a sheet metal company, and Eldy Banda, a nurse; he is of Austrian, German, English, and Quechua descent. When Bratt was five years old, his parents divorcedーthus, him and his siblings were raised solely by his mother. A Native American activist in the takeover of Alcatraz Island, she often took Bratt and his brothers and sisters with her to the island a few times a week.

As a teen, Bratt went to Lowell High School, where he was part of the Lowell Forensic Society. Following his graduation, he went to study drama at the University of California in Santa Barbara. Upon attaining his bachelor’s, he was accepted in the Master’s program at the American Conservatory Theatre. Although he initially attended, he later dropped out in lieu of working at the Utah Shakespearean Festival.

At the age of twenty four, Bratt made his television debut in Juarez (1987)ー a TV film that centred around a Mexican-American detective. Carrying on with his budding acting career, he later appeared in the crime drama, Lovers, Partners & Spies (1988), the following year; it also served as his film debut. Throughout the rest of the 80’s, he continued to make small appearances in a number of shows including Police Story: Gladiator School (1988), Knightwatch (1989), and Nasty Boys (1989). It wasn’t until he was in his early thirties in the 90’s, that he ultimately began gaining more attention as an actorーin particular, for his roles in The River Wild (1994), and Clear and Present Danger (1994). After close to a decade of sticking around in the show business, Bratt finally received a big break in 1995, when he was cast as a lead role in the NBC drama series, Law & Order. 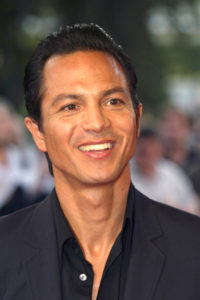 Created by Dick Wolf, Law & Order originally premiered on NBC on September 13, 1990. Known for its revolving cast, it is recognized for being one of the longest-running primetime series on American television. Filmed in New York, the crime drama’s original line up included actors George Dzundza, Chris Noth, Dann Florek, Michael Moriarty, and Steven Hill; it wasn’t until the sixth season in 1995, that Bratt joined the cast as one of the main characters.

In the show, the actor portrayed the part of Detective Rey Curtis, a homicide detective that was initially introduced in an episode entitled, “Bitter Fruit”, which aired on September 20th, 1995; he served as a conservative NYPD detective until his early retirement in 1999. For his portrayal of the character, Bratt received two Screen Actors Guild Award nominations, and a Primetime Emmy Award nomination for “Outstanding Supporting Actor in a Drama Series.”

Shortly after his Bratt’s time on Law & Order, he co-starred in the crime film, Traffic (2000), alongside Steven Bauer, James Brolin, Don Cheadle and Erika Christensen. Adapted from a British series called Traffik, the movie featured several story lines, all of which focused on the goings of the American illegal drug trade. In Traffic, the actor played the part of a drug lord named, Juan Obregon. During its limited release in December 2000, it grossed over $184,000 across four theatres; it later went on to earn over $15.5 million during its nation-wide release in January 2001. Met with universal acclaim, the crime drama film was praised for its impressive stories and brilliant cast performance. Given an “A” rating by Entertainment Weekly, the film has made its way onto numerous top ten lists including those published by The New York Times, and the Rolling Stone. Eventually snagging four Academy Award wins, Traffic also earned Bratt a Screen Actors Guild Award for “Outstanding Performance by a Cast in a Motion Picture”. 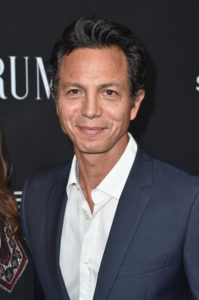 In the fall of 2005, Bratt returned to the small screen as a lead character in the military drama, E-Ring. Created by David McKenna and Ken Robinson, it followed the life of Major Jim Tisnewski, a former active special forces commander who is recruited to work at the E-ring of the Pentagon, as a member of the Special Operations Division.

Aside from the actor, who played the part of Tisnewski, E-Ring also starred Aunjanue Ellis, Dennis Hopper, Robert Joy, Joe Morton and Gabriel Olds in main roles. Premiered on September 21, 2005 on the NBC channel, it ran for a total of 22 episodes prior to being cancelled by the network in May 2005ーthe series had found itself struggling to compete with the popularity of Criminal Minds, Lost, and American Idol, all of which aired during the same time slot.

A few years later in 2009, the actor played a major voice-over role for the first time in the animated film, Cloudy with a Chance of Meatballs. A production of Sony Pictures animation, it centred around a wannabe scientist who one day, invents a machine that allows for food to fall from the sky. Released on September 18th, 2009, the movie earned over $8 million on its opening day and eventually went on to reap in over $30 million in the weekend. A commercial success, it later grossed over $243 million worldwide during its theatrical run.

In the film, Bratt lent his voice to a character named Mannyーa cameraman who is also a former co-pilot, comedian, and doctor. Based on a children’s book of the same name by Judi and Ron Barrett, Cloudy with a Chance of Meatballs also featured the voice talents of Bill Hader, Anna Faris, James Caan, Andy Samberg and Bruce Campbell. Met with rave reviews, the movie received four Annie Award nominations (e.g. Best Aniamted Effects, Best Animated Feature, Directing and Writing in a Feature Production), a Golden Globe Award nomination (e.g. Best Animated Feature Film), and a Satellite Award nomination (Best Animated or Mixed Media Feature), amongst many others.

On TV, he starred in Private Practice, a medical drama which premiered on ABC on September 26, 2007ーit was also Bratt’s third time playing a major role on television. Created by Shonda Rhimes of Grey’s Anatomy fame, it chronicled the life and career of Dr. Addison Montgomery, a neonatal surgeon after she moves from Seattle to join a private practice in Los Angeles. After guest-starring in a few episodes during season four, Bratt’s character Dr. Jake Reilly, a fertility specialist, was later promoted to a series regular during the beginning of season fiveーmaking his first appearance in the episode entitled, “…To Change the Things I Can Do” which aired on May 19, 2011.

Having attracted a loyal fan base over the years, Private Practice attracted over seven million viewers during the fifth season. A spinoff of Grey’s Anatomy, it starred Kate Walsh, Tim Daly, Audra McDonald, Paul Adelstein, Chris Lowell, Taye Diggs, and many others. While he was on the show, Bratt received an ALMA Award nomination for “Favourite TV Actor” and an Imagen Award nomination for “Best Television Actor” for his portrayal of Dr. Jake Reilly.

In terms of upcoming projects, the actor will be lending his voice to one of the main characters, Ernesto de la Cruz, in Pixar’s 2017 animated film, Coco. Directed by Adrian Molina and Lee Unkrich, it will revolve around a 12-year-old boy who sets off a chain of events that leads to an extraordinary family reunion. Also featuring the voices of Gael Garcia Bernal, Renee Victor and Anthony Gonzalez, Coco is currently set to hit theatres on November 22, 2017.

If you’d like to stay up-to-date and connected with the actor of Law & Order fame, you can do so by following him on social mediaー you can find him on Instagram at @benjaminbratt.