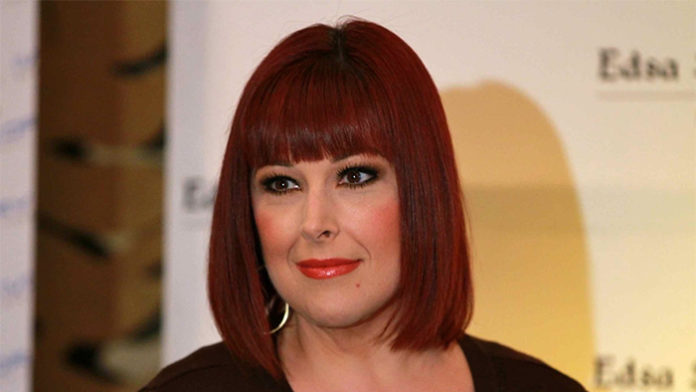 Carnie Wilson is an American singer who is probably best known as a member of the pop music trio, Wilson Phillips. The daughter of music legend Brian Wilson of Beach Boys fame, she enjoyed performing and singing at a young age, alongside her sister Wendy. Wanting to turn their hobby into something bigger, they eventually formed a soft rock/pop group together with their close friend, Chynna Phillipsーwhom also shared their love of songwriting and musicーcalled Wilson Phillips. Developing their own unique style of vocal harmonies, the trio later signed a recording deal with SBK Records in 1989; Wilson was twenty one years old at the time. After many long days spent at the studio, the girls released their eponymous debut album, Wilson Phillips in 1990ーit would also give rise to their first number one single, Hold On. Quickly becoming a huge hit, it sold millions of copies within the United States alone and proved to be significant at launching the group into celebrity status.

Two years after the triumph of their initial effort, the super trio followed up with a second full-length album entitled, Shadows and Light in 1992. Although it didn’t achieve the same level of success as their previous work, it did go on to sell over a million copies in the country. Since then, Wilson Phillips have gone on to release a total of five studio albums, two compilation albums, and thirteen singlesーthree of which (e.g. Hold On, Release Me, and You’re in Love) have made its way to number one on the charts. One of the best-selling female groups of the 1990’s, they’ve received five Grammy Award nominations, two American Music Award nominations throughout their time together; in 1990, their single Hold On also garnered them a Billboard Award for “Hot 100 Single of the Year.” Although the group went on a prolonged hiatus in 1993, they eventually returned to the spotlight in 2004 with the release of their third album, California.

While she’s mostly known as a musician, Wilson has also appeared in a handful of television series over the years as an actress. In 1995, she made her small screen debut in the family drama, Carnie!, playing the role of a hostess. Since then, she has also guest-appeared in Silk Stalkings (1998), The ’60’s (1999), That ’70’s Show (2001), Sabrina the Teenage Witch (2002) and American Dad! (2007). Aside from live-action acting, the singer has starred in several reality TV shows including Outsider’s Inn (2008), The Newlywed Game (2009), Celebrity Ghost Stories (2009), Celebrity Wife Swap (2012), and Celebrity House Hunting (2012), to name a few. In 2012, she also took part in the TV special, Wilson Phillips: Still Hold On alongside her sister and Chynna Phillips.

So what has the singer-songwriter of Wilson Phillips fame been up to these years? Is she still recording with the group or has she embarked on other new projects? What happened to Carnie Wilson? Where is she now in 2018? 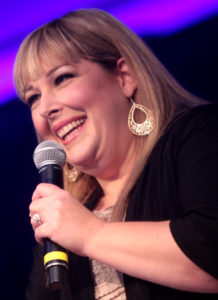 Born on April 29, 1968, in Bel Air, California, Carnie Wilson is the daughter of Marilyn Rovell and Brian Wilsonーwho were popular singers with The Honeys and The Beach Boys respectively. Growing up surrounded by music, Wilson had been singing ever since she was a young girlーa fact that was undoubtedly influenced by her parents’ line of work. During her childhood, she recalled listening to the tunes of Phil Spector, Doobie Brothers, Carpenter; she was also a huge fan of Elton John.

In fact, she had actually invited John to her sixth birthday party; although he was ultimately unable to attend, he sent her flowers and later invited her to tea. Alongside her sister, Wendy, she began performing at the age of four; according to the singer herself, the two used to sing by the fireplace with make-shift microphones. Whether it was for her parents, or family friends that came over, the two loved to sing and perform in front of an audience.

By the time Wilson was in high school, she had participated in a number of local talent competitions. A fan of the performing arts, she was also an active member of the school’s drama club and took part in several musical productions during her time there as a student. After her high school graduation, one of her father’s friends came up with the idea of having their kids record a song, with the proceeds going to the AIDS foundation. As a result, Wilson, along with her sister and Chynnaーone of their closest friendsーgathered to sing various Stevie Nix songs together; it was around this time that Wendy and her sister taught Chynna how to sing harmony. Agreeing that it was an enjoyable experience, the trio later decided to form their own music group; putting their names together, they eventually named themselves as Wilson Phillips.”

Carnie Wilson’s Music Career as a Member of Wilson Phillips 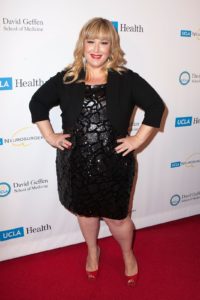 With everything set in gear, the trio recruited the help of producer Richard Perryーa friend of Chynna’s mom (of The Mamas & The Papas fame). Taking the girls under his wing, he invited them to his studio where they began singing and recording various demos; Perry also eventually introduced them to Glen Ballard, who would become their eventual songwriter and producer. Later securing a recording deal with SBK Records, Wilson Phillips released their self-titled debut album, Wilson Phillips in May 1990.

Recorded over a period of two years, the album consisted of ten pop rock tracks including Next to You (Someday I’ll Be), Over and Over, Ooh You’re Gold, Eyes Like Twins, and The Dream is Still Alive. Positively received upon hitting the stores, Wilson Phillips currently holds an impressive four star rating on the music website, Allmusic. Shortly after its release, the album peaked at number two on the US Billboard 200; met with similar success overseas, it also charted in several other countries across the world including Australia, Canada, Austria, New Zealand, Norway, Sweden, and Switzerland. The trio’s best-selling album to date, Wilson Phillips eventually spawned a handful of singles including Hold On, Release Me, Impulsive, You’re in Love, and The Dream is Still Aliveーthree of which ended up becoming number one hits in the United States. As of April 1991, the album has been certified 5x Platinum in the country for selling over five million copies.

Two years after their debut effort, Wilson Phillips released their second full-length album, Shadow and Light in June 1992. Enlisting the help of Glen Ballard once again for its production, the album was noted for its darker songwriting compared to its predecessor; in contrast to Wilson Phillips, which contained mainly lightweight and positive lyrics, Shadow and Light revolved around themes of estrangement, and child abuse. Although it didn’t match their earlier album in terms of commercial success, it did peak at number four in the Billboard 200 in the United States. 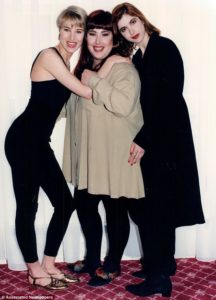 Met with a mixed reviews, it featured thirteen pop songs; some stand-out titles include It’s Only Life, This Doesn’t Have to Be Love, Don’t Take Me Down, All the Way From New York, and Fuelled for Houston. Despite its reception in the US, Shadow and Light did go on to peak within the top twenty in a handful of countries including Canada, Japan, Germany, New Zealand, Norway, Switzerland and the UK. The album was supported by three singlesーYou Won’t See Me Cry, Give It Up, and Flesh and Blood, the first of which peaked at number four on the US Adult Contemporary Chart. The album later went on to achieve Platinum status in the US and 2x Platinum accreditation in Canada.

After the release of their second album in 1993, the group went their separate ways as the members embarked on different careers and projects. Later that year, Wilson and her sister reunited to record a holiday album entitled, Hey Santa! which consisted of various Christmas classics along with a single original track. It wasn’t until over a decade later that Wilson Phillips came together once again for their third full-length album, California.

Released in May 2004 under Columbia Records, the concept album was produced by Peter Asher and boasted eleven songs including You’re No Good, Monday Monday, Doctor My Eyes, Dance Dance Dance, and In My Room. Described as being “a very pleasant album by three very good vocalists” by critics at Allmusic, it peaked at number thirty-five on the Billboard 200 not long after its release; in addition, it also charted in New Zealand and the UK. Wilson’s Phillips first album together in twelve years, it later went on to produce three singlesーGet Together, Already Gone, and Go Your Own Way. To date, it has sold over 31,000 copies within the United States.

In October of 2010, the trio reunited for a holiday album entitled, Christmas in Harmony. Their fourth studio album together, it also saw the return of producer Glen Ballard, whom they’d worked with previously for their first two albums. The first record under Sony Masterworks, it incorporated a mix of traditional Christmas carols as well as new materialーfor instance, one of the tracks entitled Warm Lovin’ Christmastime was an original written by Wilson’s husband, Rob Bonfiglio. Aside from its original release, a special edition of Christmas in Harmony which contained four additional tracks was also made available exclusively in Barnes & Noble stores. Out of the album’s thirteen songs, three (e.g. Santa Claus is Coming to Town, Little Drummer Boy, I Wish It Could be Christmas Every day) eventually reached the US Adult Contemporary Chart.

Two years later, Wilson Phillips released their latest album, Dedicated on April 3rd, 2012. Dedicated to the group’s parents, the album contained a number of loving covers of the original songs by Mamas & Papas and The Beach Boys. Commended for its “pristine production” and “signature harmonies”, the disc contained different twelve tracks; a few highlights include California Dreamin’, Monday Monday, Wouldn’t It Be Nice, Dedicated to the One I Love, and God Only Knows. A pleasant nostalgia trip for fans of the 60’s bands, it peaked at number twenty-nine on the US Billboard 200 and have since sold over 60,000 copies within the United States.

It has been announced that Wilson will be participating in the fifteenth season of the reality game series, The Apprentice this upcoming January. Created by British-American Mark Burnette, the show puts the business skills of a group of contestants to test as they’re given a number of business-related tasks to complete throughout the duration of the season. If you’d like to tune into the new season, it will be airing on January 2nd, 2017ーso mark your calendars!

Aside from reality TV, the singer of Wilson Phillips fame also recently starred in a documentary drama called, When the Bough Breaks: A Documentary About Postpartum Depression. Written and directed by Jamielyn Lippman, the indie film screened this past June and featured Brooke Shields and Tanya Newbould.