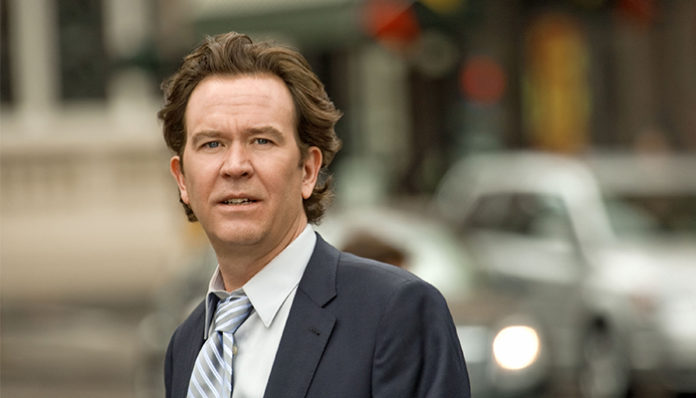 The youngest male performer to ever win an Academy Award for the “Best Supporting Actor” category, Timothy Hutton first rose to fame in the 1980 film, Ordinary People. Despite the fact that his father was an actor, he did not grow up in a big show business-oriented household. It wasn’t until he took part in a high school production of Guys and Dolls as a teen, that he realized acting was something that he wanted to pursue as a career. Encouraged by his parents, he soon sought out to build a name for himself in the entertainment industry. Although he made an uncredited cameo in a movie when he was five years old, his official debut came in the late 1970’s when he appeared in the television film, Zuma Beach (1978). Continuing to audition for various roles throughout the year, Hutton eventually made minor appearances in a string of TV movies including Friendly Fire (1979), The Best Place to Be (1979), And Baby Makes Six (1979), and Young Love First Love (1979). After two years of trying to make it big, the aspiring actor received a big break when he was cast as a supporting role in the drama film, Ordinary People (1980).

Universally acclaimed, the movie gave Hutton the opportunity that he needed to showcase his acting talents to the world. Critically praised for his portrayal of Conrad Jarrett, Ordinary People eventually led him to become the youngest male actorーat the age of twentyーto win an Academy Award for the category of “Best Supporting Actor”. Launched into fame, it didn’t take long for Hutton to land a handful of starring roles in the films, Taps (1981), The Falcon and the Snowman (1985), Made in Heaven (1987), A Time of Destiny (1988), and The Dark Half (1993), to name a few. Highly versatile and talented, the actor has received a number of other awards throughout his career including a Golden Globe Award, a Prism Award, a LAFCA Award, amongst several other nominations.

Aside from acting, Hutton has also dabbled in directing workーhe made his directorial debut in  the comedy series, Amazing Stories back in 1986. Since then, he has also directed episodes of A Nero Wolfe Mystery (2001), Essential Music Videos: Hit of the ’80s (2003), and Ivanov Red, White, and Blue (2013). A well-respected performer, Hutton has been featured as a guest on numerous talk shows over the years including Late Night with David Letterman (1993), Late Night with Conan O’Brien (1996), The Rosie O’Donnell Show (2001), Entertainment Tonight (2010), and The View (2015). Currently, he is also the co-owner of a New York restaurant called P.J. Clarke’s.

So what has the Academy Award-winning actor been up to as of late? What recent endeavours have he taken on? What happened to Timothy Hutton? Where is he now in 2018?

Timothy Hutton’s Childhood and Eventual Entry Into the Show Business 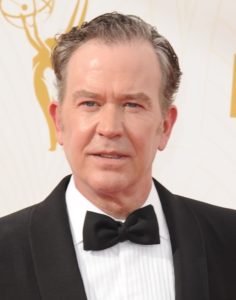 Born on August 16, 1960, in Malibu, California, Timothy Tarquin Hutton is the son of Maryline Adams Poole, a school teacher, and Jim Hutton, an actor. When he was only three years old, his parents separated; consequently, he and his older sister moved to live with their mother, who single-handedly raised them in Boston. Contrary to popular belief, Hutton did not grow up in a show business-oriented family simply because his father worked in the industry; instead, he spent most of his childhood in Cambridge, where his mother worked to attain her M.A.

Wanting her children to have better aspects however, they later relocated back to California when Hutton was twelve years old. A few years later at the age of sixteen, he reached out to his father and eventually moved in to live with him in the entertainment city of Los Angeles.

As a teen, Hutton went to Fairfax High School located near the border of West Hollywood. During his time there as a student, he participated in a school play where he played the part of Nathan Detroit in a production of Guys and Dollsーit was ultimately that experience that sparked his desire to become an actor. Encouraged and supported by his parents, the aspiring performer wasted no time in trying to get his career on track; he quickly began taking part in a number of television auditions. In 1978, Hutton made his official on-screen debut in the TV film, Zuma Beach. Although it was his first time landing a part, it wasn’t his first time acting in front of the cameras, for he’d appeared as a cameo in the film, Never Too Late (1965) when he was just five years old.

Gradually securing more roles, he later appeared in Friendly Fire (1979), The Best Place to Be (1979), And Baby Makes Six (1979), and Young Love First Love (1979) the following year. From there, he soon received a big break at the age of twentyーin 1980, Hutton was cast as one of the main characters in the drama film, Ordinary People. 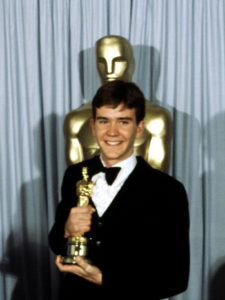 The directorial debut of Robert Redford, Ordinary People was released in theatres on September 19, 1980. Based on a novel of the same name by Judith Guest, it depicted the struggles faced by an Illinois upper-class family, after the death of their son in a tragic boating accident. Starring Hutton as Conrad Jarrett, the surviving son, the movie also featured the acting talents of Donald Sutherland, Mary Tyler Moore and Judd Hirsh, who played Calvin Jarrett, Beth Jarrett and Dr. Tyrone C. Berger respectively. A box office hit, Ordinary People was lauded for its touching storyline and superb directing; by the end of its theatrical run, it had grossed over $54 million from a production budget of just $6 million.

Hailed as one of the best films of the decade, Ordinary People received countless recognitions and accolades including a Golden Globe Award for “Best Motion Picture in a Drama”. For his outstanding performance, Hutton also became the youngest male actor in the history of the country to receive an Academy Award for the category of “Best Supporting Actor”ーhe was only twenty years old at the time.

Propelled from the unknowns to stardom within the span of a year, Hutton once again returned to the spotlight in Harold Becker’s drama film, Taps (1981). Featuring a screenplay written by Darryl Ponicsan, Robert Mark Kamen and James Lineberger, it centred around a group of military cadets who are forced to take extraordinary measures in order to insure the future of their academy. Aside from the actor, who portrayed the role of Cadet Major Brian Morelandーone of the film’s major charactersーTaps’ star-studded cast list also included George C. Scott, Ronny Cox, Sean Penn, and Tom Cruise. Opened in theatres on December 18, 1981, the film was met with generally favourable reviews; given a three out of four star rating from critic Roger Ebert, Taps eventually went on to take in more than $35 million at the box office. Another stunning portrayal by Hutton, the movie earned him a Golden Globe Award nomination for “Best Actor in a Motion Picture – Drama” in 1982.

In 1985, Hutton co-starred in the spy movie, The Falcon and the Snowman opposite of actor, Sean Penn. Adapted from a novel of the same name by author Robert Lindsey, it depicted the real life story of two Californian men who sold classified information to the Soviet Union during the 70’s. Featuring David Bowie’s hit song, This Is Not America, the film starred Hutton as the former alter boy, Christopher Boyce and Penn as the drug dealer, Andrew Daulton Lee; aside from the two main cast members, The Falcon and the Snowman also included appearances from Pat Hingle, Joyce Van Patten, Richard Dysart and Priscilla Pointer. Released in theatres on February 9, 1985 to a positive reception, the movie was a commercial successーgrossing over $17 million altogether during its theatrical run. Praised by critics for its engaging script and acting, the spy film currently holds an 84% approval rating on Rotten Tomatoes. 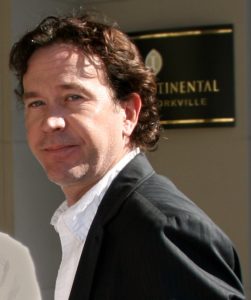 Close to half a decade later, the actor starred in The Dark Half (1993)ーa horror film adapted from Stephen King’s book of the same title. Directed by George A. Romero, it focused on a best-selling  novelist named Thad Beaumont (played by Hutton) whose fictitious alter ego begins to take over his life, regardless of the price. Filmed in Pittsburgh, Pennsylvania, The Dark Half grossed over $3 million during its opening week across 1500 theatres and reached number six at the box office; it later went on to earn $10.6 million altogether worldwide.

Although some viewers praised the film for its screenplay and production design, others panned it for its faulty plot and unsatisfying climax. Despite the mixed reception that it was met with, the thriller did manage to receive four Saturn Award nominationsーone of which was for the category of “Best Horror Film”; Hutton’s acting also garnered him a Fantafestival Award for “Best Actor” later that year.

Branching out into television, Hutton was cast as the lead role in the TNT drama series, Leverage in the winter of 2008. The brainchild of Chris Downey and John Rogers, it centred around a team consisting of a retrieval specialist, a hacker, a grifter and a thief, who use their unique skills and abilities to fight against perceived governmental injustices with the help of former insurance investigator, Nathan Ford. Well received amongst viewers, Leverage averaged approximately four million viewers per episode during the initial season; the ratings eventually increased as the series progressed. In the show, Hutton plays the part of the team’s mastermind and leader, Nathan Ford; other starring cast members include Gina Bellman, Christian Kane, Aldis Hodge, and Bedge Riesgraf. Quickly garnering a loyal fan base, Leverage continued for five seasonsーspanning over 70 episodesーprior to coming to an end in December 2012. The following year, the crime thriller was given a People’s Choice Award for “Favourite Cable TV Drama”. 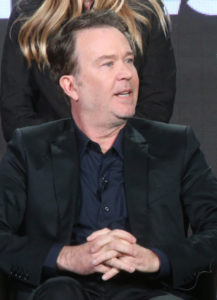 In 2017, Hutton will be appearing James Franco’s drama film, The Long Home. Based on a novel by William Gay, who also helped to write the screenplay, it will revolve around a young contractor who finds himself being hired by the same man who murdered his father years ago. Currently under post-production, The Long Home will be starring James Franco, Josh Hartnett, Analeigh Tipton, Josh Hutcherson and Ashton Kutcher.

As for ongoing projects, the actor will be reprising his role as Coach Dan Sullivan in American Crimeーhe will be making his return in the first episode of the third season that is set to air sometime in 2017. Originally premiered in March 2015, the series marks Hutton’s second major role on television (the first being that of Leverage).

If you’d like to stay up-to-date with the actor of Ordinary People fame, you can do so by following him on social mediaー you can find him on Twitter at @timhutton.