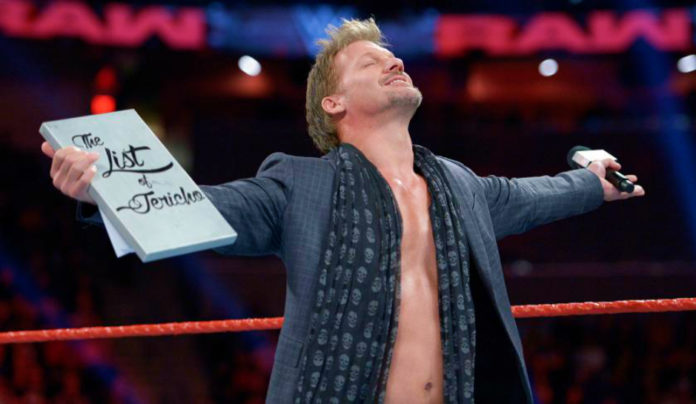 Chris Jericho, Y2J, The Man of 1,004 Holds, Lionheart. These are just some of the names this long-time WWE wrestler utilized throughout his career of two decades and counting. He has exhibited great in-ring skills and in the microphone, and also serves as the frontman of his own rock band.

Before we check out the latest regarding Jericho, let’s first revisit the history behind his fruitful career in wrestling.

Christopher Keith Irvine was born on November 09, 1970, in Manhasset, New York. His father Ted Irvine played for the ice hockey team New York Rangers hence the family’s residence in the Big Apple. Later on the family relocated to Winnipeg, Manitoba where Jericho grew up. He got bit by the wrestling bug when he watched live events of the promotion American Wrestling Association (AWA) with his father. In high school Jericho and his friends started their own wrestling league named the Big Time Wrestling Federation and they wrestled in the gymnasium, and it was here where Jericho imitated the moves of his idols.

In 1986 Jericho watched the local promotion Stampede Wrestling on television for the first time. After seeing the legendary Owen Hart wrestle, Jericho decided that his destiny was in the ring. While watching one of Stampede’s shows, Jericho saw an advertisement that invited aspirants to the Hart Brothers Pro Wrestling Camp. He tried to join but was not accepted as he did not meet the age and weight requirements. Jericho then turned his attention towards finishing high school and obtaining a journalism degree from Red River Community College so he could have an alternative path should his wrestling dreams fail to materialize.

Two years later Jericho joined the Keystone Wrestling Alliance (KWA) as one of the ring crew. Here he learned much about the sport and received important tips from full-time wrestlers. Afterwards he was successfully accepted into the wrestling camp of the Hart brothers and started his journey towards wrestling.

1990 saw Jericho’s debut in the ring at the Canadian Wrestling Connection (CWC) as “Cowboy” Chris Jericho versus Lance T. Storm. The early years of the decade had Jericho wrestle in promotions around Canada then flying overseas to Mexico and Germany.

Jericho made his debut in WCW on August 26, 1996, followed by a short tenure at the New Japan Pro Wrestling (NJPW) promotion. Jericho’s time in WCW was marked with multiple Cruiserweight Championship victories after defeating wrestlers such as Rey Mysterio Jr. and Syxx. He had long rivalries that produced some of the best and hilarious promos in WCW. Jericho also won the prestigious World Television Championship in 1998, and the number of ‘Jerichoholics’ just kept on growing.

In the late 90s Jericho sought to spark a feud between him and the monstrous Bill Goldberg who was known for a very long undefeated streak. Jericho provoked the big guy and even sparked a strong desire from fans to see him ripped apart by Goldberg. Unfortunately Goldberg himself did not like Jericho’s approach to the feud that had potential, and the brass also did not have much faith in Jericho’s capabilities.

Jericho inevitably felt frustrated with WCW and decided to move towards greener pastures. In the last remaining weeks of his contract in the promotion Jericho only appeared in live shows and no longer on television. He also spent some time in tours that took place in Japan. His contract expired in July 1999 and Jericho bid his farewell to WCW by thanking Bischoff for the opportunities he was given.

Three months before his contract expired, Jericho went into talks with WWE. He was already known by the bigwigs as Jericho met the mogul Vince McMahon back in 1997 during the pay-per-view Canadian Stampede in Calgary. In March 1999 Jericho was summoned to McMahon’s house in Connecticut for a very short meeting that did not involve any contract signing (it was revealed by McMahon that the meeting was just a test of sorts). The actual inking came in July and Jericho himself conceived of the iconic “millennium countdown” that heralded his arrival.

Jericho finally arrived in the ring on August 09, 1999, in the midst of a promo cut by The Rock. He won his first Intercontinental Championship in December during the Armageddon pay-per-view and the European Championship in April 2000. Jericho made history in December 2001 during the Vengeance pay-per-view when he defeated both The Rock and Stone Cold Steve Austin in two separate matches, earning both WCW World Heavyweight Title and WWE Championship, thus making him the first Undisputed Champion.

In 2003 Jericho debuted the interview segment Highlight Reel which still continues up to this day. His first guest was Goldberg which developed into a feud that was supposed to take place years ago in WCW.

Two years later he conceived the idea of the Money in the Bank match to then-general manager Bischoff which then became a WrestleMania staple until becoming a separate pay-per-view in 2010. Jericho’s contract expired in August and he was ‘fired’ from the promotion after losing to John Cena in a career-ending match. He took a break from wrestling and instead focused on his rock band Fozzy, performing on stage plays and films (debuted in the 2006 sci-fi flick Android Apocalypse, and publishing his first autobiography A Lion’s Tale: Around the World in Spandex.

Jericho returned to the squared circle in 2007 and once again took a break in 2010 after being “injured” by Randy Orton so he could go on tour with Fozzy. Jericho returned for another run from 2012 to 2013, took another one year break, then came back in 2014. Much of his 2015 was spent in live shows due to the nature of his contract, and in the reality series Tough Enough as one of the hosts for season six. Jericho made his return to TV in July at the event The Beast in the East.

Jericho kicked off 2016 by entering the Royal Rumble at number 6 and avoiding elimination for 50 long minutes. He sparked rivalries with AJ Styles and Dean Ambrose, sported a scarf instead of his jacket with blinking lights, and became best of friends with Kevin Owens (calling themselves the Jeri-KO). On September Jericho started his famous gimmick “The List of Jericho” wherein he wrote down names of people who annoy him.

Cracks on the friendship between him and Owens formed on November 28 after Owens barked “Shut up!” at Jericho during a Highlight Reel segment. The Prizefighter also cost Jericho a shot at the United States Championship a week later after a failed attempt in helping to defeat Roman Reigns. Jericho will be facing Seth Rollins in the upcoming pay-per-view Roadblock: End of the Line this December 18.

Last January Jericho announced that Fozzy was already working on their seventh album and was supposed to be released within this year. Unfortunately the release date was pushed to 2017 as Jericho had to split his time between the band and as part of the WWE roster.

Jericho was one of the seven wrestlers who appeared in the documentary Nine Legends released last January. He also appeared in Talking Dead, The Eric Andre Show, Hollywood Game Night, and Whose Line Is It Anyway?.

Jericho will be releasing another autobiography in August 2017 titled No Is a Four-Letter Word: How I Failed Spelling but Succeeded in Life.