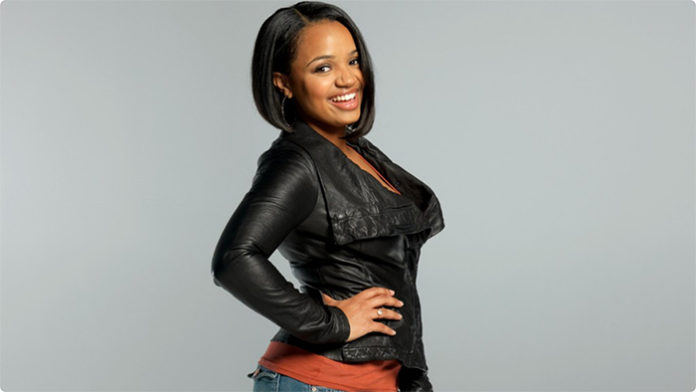 Kyla Pratt is an American actress who is best known for her portrayal of Breanna Barnes in the UPN sitcom, One on One. Like many other child stars, she started her acting career at a young age; when she was eight years old, she began appearing in television commercialsーincluding ones for Nike. From there, Pratt eventually made her small screen debut in the children’s series, Barney & Friends (1995), playing the part of a girl named Mindy. Later that same year, she appeared in the comedy flick, The Baby-Sitters Club (1995); although she played a minor role in the film, it marked her first time on the big screen as an actress. Over the next few years, Pratt guest starred in a number of TV series including Living Single (1995), In the House (1996), Sisters (1996), Lois & Clark: The New Adventures of Superman (1996), ER (1996), and Touch by an Angel (1996).

After years of playing various guest roles, Pratt received a big break in 2001 when she was cast as a lead character in the sitcom, One on Oneーshe was fifteen years old at the time. Although it ended back in 2006, it remains to be one of her best known roles to date. Shortly after securing the part in the sitcom, Pratt landed a voice-over role in the Disney animated series, The Proud Familyーwhere she voiced one of the main protagonists. While the two shows were still airing, the actress also guest starred in Maniac Magee (2003), Veronica Mars (2004), Lilo & Stitch: The Series (2005), and The Proud Family Movie (2005). Aside from being a six-time NAACP Image Award-nominee, Pratt has also garnered award nominations for a Blockbuster Entertainment Award (e.g. Favourite Supporting Actress in a Comedy) and a Young Artist Award (e.g. Best Performance in a Feature Film – Supporting Young Actress). In 2003, her role in The Proud Family earned her a NAMIC Vision Award for the category of “Best Performance in a Comedy”.

On top of being a talented actress, Pratt is also a singerーin fact, she was part of the original lineup for  the music group, Disney Channel Circle of Stars in the early 2000’s. As a member of the group, she covered the song Circle of Life from The Lion King, which was later released as a track on the DisneyMania 2 album. Her other musical works include It’s All About Me for The Proud Family soundtrack and a cover of A Dream is a Wish Your Heart Makes, which was a collaboration with the Disney Channel Stars. In 2003, the actress also starred in a music video for the American R&B boy band, B2K.

So what has the former child actress been up to now that she’s a mother of two? Is she still active in the show business or has she opted to spend more time with her family? What happened to Kyla Pratt? Where is she now in 2018?

Kyla Pratt’s Childhood and Entry into the Show Business 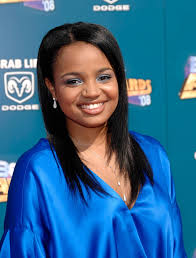 Born on September 16, 1986, in Los Angeles, California, Kyla Alissa Pratt is the daughter of Johnny McCullar and Kecia Pratt-McCulllar, a semi-professional basketball player and a school teacher; she is the oldest out of five siblings. When she was eight years old, she began starring in a number of television commercials, including one for Nike where she starred opposite of WNBA stars Lisa Leslie and Cynthia Cooper. Proving herself to be a natural performer in front of the cameras, she later went on to make her small screen debut the following year. A the age of nine, she appeared as a character named Mindy in the popular children’s series, Barney & Friends (1995). From there, she eventually found herself landing a series of guest roles in In the House (1996), Sisters (1996), Lois & Clark: The New Adventures of Superman (1996), ER (1996), Touched by an Angel (1996), and Friends (1996), to name a few. 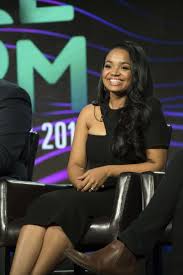 Originally premiered in September 2001 on the now-defunct UPN Network, One on One followed the life of a Flex Washingtonーa sportscaster who must get used to the idea of being a full-time dad after his teenage daughter moves to stay with him. Widely popular upon its release, the sitcom attracted over four million viewers during its initial season; it later began airing in syndication four years after its initial debut.

While actor Flex Alexander played the role of Washington, the young actressーwho was fifteen at the timeーportrayed the part of his daughter, Breanna Latricia Barnes. Based in the city of Baltimore for the first four seasons, One on One also starred Robert Richard, Kelly Perine and Sicily; in addition, the series was also known for featuring a number of famous athletes and celebrities as guest actors including Chris Brown, Angie Stone, Queen Latifah, Avant, Lisa Leslie, and Ruben Studdard, amongst many others. Praised for her performance, the sitcom went on to earn Pratt an NAACP Image Award nomination for “Outstanding Supporting Actress in a Comedy Series” in 2004.

Shortly after landing the role on the sitcom, Pratt also secured a voice-over role in the Disney Channel series, The Proud Familyーthe two series ultimately ran around the same time on television. Created by Bruce W. Smith, the animated sitcom revolved around a teenage girl name Penny Proud, who enjoys hanging out with her close friends. While it was initially piloted for Nickelodeon, it was later picked up by the Disney Channelーmaking it their first animated original series. Although it was her first time voicing an animated character, Pratt lent her voice to none other than the protagonist, Penny Proud. Other cast members featured in The Proud Family include Karen Malina White, Tara Strong, Jo Marie Payton, Paula Jai Parker, Orlando Brown and Tommy Davidson. A hit amongst younger audiences, the series continued for three seasons and eventually won numerous awards including a BET Comedy Award for “Outstanding Animated Series” in 2004. That same year, it also garnered Pratt an NAACP Image Award for “Outstanding Performance in a Youth Children Series.”

Following the end of the original series, Pratt reprised her role as Penny Proud one last time in the series finale film, The Proud Family Movie (2005). Released that summer on the Disney Channel, it centered around Penny as she embarks on an all-expenses-paid vacation with her family; just as they’re settling down and enjoying themselves however, they are captured by a mad scientist. The second animated Disney Channel Original Movie at the time for the network, it featured the return of most, if not all, of the original voice cast members. Later shown with an extended ending in December 2005, The Proud Family Movie included a handful of original songs including If I Ruled the World, Boom Boom Boom, and Together Makes It Betterーthe last of which was performed by Pratt, Karen Malina White, Alisa Reyes and Soleil Moon Frye. 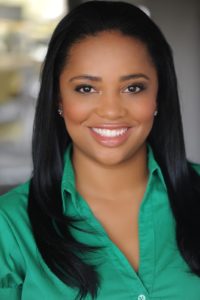 In the spring of 2006, Pratt starred in her first major film role in the family comedy, Dr. Dolittle 3. Although she also appeared in the previous two instalments Dr. Dolittle (1998) and Dr. Dolittle 2 (2001), it wasn’t until the third movie that she entered the spotlight as the main protagonist. The first of the film series not to feature Eddie Murphy, Dr. Dolittle 3 was released directly to home video that April.

Directed by Rich Thorne, it revolved around Dr. Dolittle’s daughter, Maya Dolittleーwho has inherited his ability to communicate with faunaーand her adventures after she is sent to a ranch known as “Durango” by her mother in order to find herself. Although the comedy was met with less-than-ideal reviews from critics, it was a relative success in terms of sales. Aside from Pratt, who reprised her role as Maya, Dr. Dolittle 3 also starred Kristen Wilson, Norm Macdonald, Walker Howard, John Amos and Chelan Simmons.

Two years afterwards, the actress returned for its sequel, Dr. Dolittle: Tail to the Chef (2008). Similar to the previous instalment, it was released directly to DVD in March 2008. Once again revolving around Maya Dolittle’s abilities to talk with animals, it followed her as she is placed on a special assignment by none other than the President of the United Statesーto help save an African forest and a Presidential dog. Directed by Craig Shapiro, the film also featured Peter Coyote, Niall Matter, and Norm Macdonald. In May 2009, Pratt starred in the final film of the series, Dr. Dolittle: Million Dollar Mutts. Another direct-to-DVD release, it followed Maya as she is offered her own TV show, during a trip to Hollywood to help a celebrity star’s sick pet. Produced by John Davis, whom also worked on the previous instalment, it eventually went on to gross $6 million altogether.

Transitioning back to television, Pratt was later cast as a recurring character in the BET romantic comedy, Let’s Stay Together. Premiered in January 2011, the series revolved around the ups and downs of relationships between a handful of couples. In the show, the actress portrayed the part of Crystal Whitmore, the cousin of Charles Whitmoreーone of the series’ main protagonists; she made her first appearance in the second season in an episode entitled, “Waiting to XXXhale.” Following a three year run, Let’s Stay Together was ultimately canceled due to low ratings in April 2014 after four seasons.

After the cancellation of Let’s Stay Together, Pratt returned to the screens briefly in the TV Land sitcom, The Soul Man (2012). Centering around former R&B superstar Reverend Boyce, it featured the actress in the second episode of the fourth season, where she guest starred as a character named Alicia.

What is Kyle Pratt Doing Now in 2018 – News and Updates

Although it’s been a while since Pratt played a major part on television, her time came at the start of this year when she was cast as one of the main characters in the American teen drama, Recovery Road (2016). Based on a novel of the same name by author Blake Nelson, it revolved around Maddieーa teenage party girl who is also a recovering addict. While Pratt played the role of Trish Tomlinson, actress Jessica Sula portrayed the main part of Maddie; others involved in the show include Sebastian de Souza, Daniel Franzese, David Witts and Alexis Carra. Recovery Road ultimately continued for one season prior to being cancelled by Freeform in May 2016.

Aside from that, Pratt has also recently starred in a TV film called The Secret She Kept (2016) alongside Gavin Gouston and Kellita Smithーit premiered on television on July 10th, 2016.