What Happened To The Elevated Bus Project – Latest News 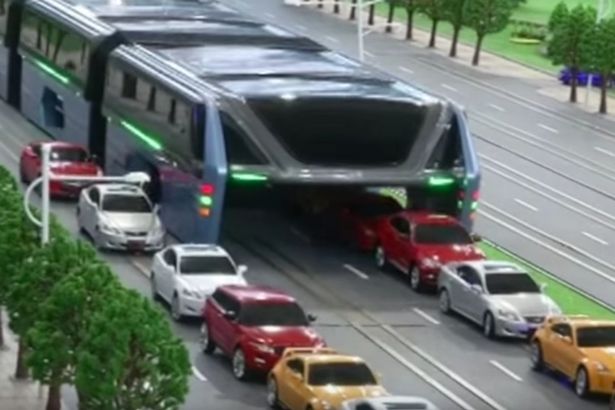 Just a few months ago, China unveiled a gigantic bus that would make it a lot easier for citizens to move around the city. The Transit Elevated Bus (TEB) is a giant bus that drives on tracks located next to the roads. What makes this project so interesting is that the giant bus has space to allow cars to drive under it. China, the world’s most populous country, has a lot of cars, making this a great way of transportation for its residents. But even though the project caught the attention of the world a few months ago, there have been some bad news recently.

A model of the Transit Elevated Bus made its debut earlier this year and a few months later, a prototype was unveiled. The test track and giant bus would be the start of a new way of transportation in that city and many others in the future. Many were impressed during the event, where people got to learn more on the Transit Elevated Bus project and how it would work in the future. But just a few months went by before bad news were reported about the project.

After the prototype was unveiled, the next plans were for the companies to build more test tracks in other cities. The other test tracks have not been built as the project has not gone well since the prototype was shown. The first test track remains with the Transit Elevated Bus in the hangar but the project seems to have been abandoned. Pictures taken less than three months ago show the bus covered in dust.

That’s not the only bad news for the project, The Paper contacted one of the officials of the company and they were told that the project had gone through financial issues. The official also added that its only investor had not given them more funds. That’s a lot of bad news for a project that is just getting started.

The Transit Elevated Bus remains in the hangar and while the project sounded like a great idea at first, residents are not too happy with the test track and bus taking half of the road. The plans were to remove the test track a few months ago, with the company building more in other cities. But the test track has not been removed and the team working in the project has reportedly left the city.

The Transit Elevated Bus project now appears to be abandoned and while a new company could still decide to help, the latest news are not good.