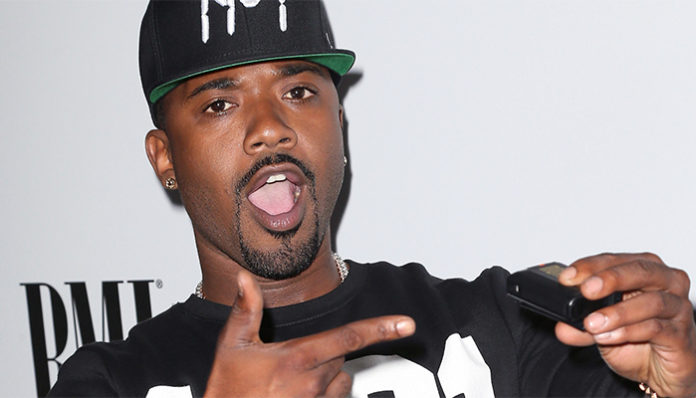 R&B singer, Ray J first entered the hip hop music scene with his debut album, Everything You Want in 1995. Influenced by the performers in his familyーhis older sister being the multi-platinum recording artist Brandyーhe entered the show business when he was only eight years old. Following a series of auditions, he began appearing in television commercials when he was still in grade school. With time, his interest in acting only grew greater. Ray J eventually caught a break in 1993, when he was cast in American comedian, Sinbad’s comedy series, The Sinbad Showーa role which continued to play for a year. Although becoming an actor never left the forefront of his mind, he soon branched out to music, inspired by his sister’s success. After recording a number of demo tapes and reaching out to various labels, he secured a deal with Elektra Records in 1995ーhe was fourteen years old at the time. From there, he spent most of his time at the studio, working on his debut album. Two years later, Ray J released his first full-length album, Everything You Want.

Although his initial album didn’t sell as ideally as he’d hoped, it did manage to chart within the top fifty on the US Billboard 200. Later signing with Atlantic Records, Ray J released his second studio album, This Ain’t a Game in 2001. To date, he has released four full-length albums, two compilation albums and over a dozen singles; his most popular song to date is probably that of Another Day in Paradiseーa collaboration which he recorded with his award-winning sister, Brandy. Aside from that, Ray J has also appeared as a featured artist in several other hits including You Know Me, Keep It Playa, Thug Life, and Tie Me Down, the last of which went on to earn Platinum status from the RIAA.  On top of everything, the R&B star has also contributed to the soundtracks for Set it Off (1997), Dr. Dolittle (1998), and Roll Bounce (2005), to name a few.

So what has the talented singer and actor been up to these days? Is most of his time spent filming or recording? What are some of his latest projects? What happened to Ray J? Where is he now in 2018? 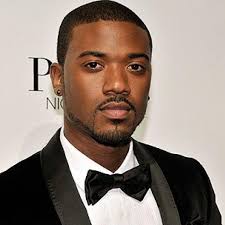 Born on January 17, 1981, in McComb, Mississippi, Ray J (Real name: William Ray Norwood Jr.) is the son of Sonja Bates-Norwood and Willie Norwood; he is the younger brother of award-winning singer, Brandy. When he was still a toddler, his family moved to the center of the entertainment sceneーLos Angeles, California. Growing up appreciating the art of the show business, Ray J began his career when he was eight years old.

While he was still a grade schooler, he attended various television auditions and eventually landed himself in several commercials. As his love for performing on-screen grew, his desire to become an actor only went up. After much perseverance, he made his television debut in the comedy series, The Sinbad Show (1993) when he was twelve years old. Following the end of his time on the show, Ray J appeared in a TV film called, The Enemy Within (1994) and played a minor part in the feature film, Once Upon a Time…When We Were Colored (1995).

From there however, his acting career began to slow down. Keeping his spirits high, he soon made the decision to branch out into musicーinspired by the success of his sister, Brandy. Recording a few demo tapes, Ray J reached out to a number of labels and eventually managed to secure a contract with Elektra Records in 1995. Prior to the release of his debut album however, the aspiring performer was cast as a guest-star in the UPN sitcom, Moesha (1996). Although he only appeared in a few episodes during the mid 90’s, his character would later be promoted to a series regular during its fifth and sixth season. After his guest appearances on the show, Ray Jay finished and released his first full-length album entitled, Everything You Want. 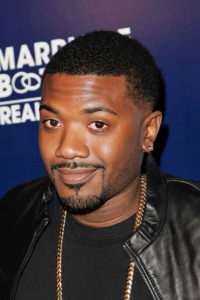 Featuring the production of Keith Crouch, March Nelson, Darrell Spencer, Kipper Jones, and various others, Ray J’s debut album, Everything You Want, hit the stores on March 25th, 1997. Recorded between 1995 and 1997, it boasted fourteen hip hop tracks including Good Things, The Promise, Changes, Can’t Run Can’t Hide, High on You, and Thank Youーthe last of which included Brandy as a featured guest.

Upon its release, the album was met with mixed reviews; while some praised the artist for the maturity of his sounds, others were not too enthusiastic about the titles. Met with a disappointing amount of sales, Everything You Want sold a little under 30,000 copies within the first week. Despite this, it did go on to chart at number 56 on the Billboard Top R&B and Hip Hop Albums chart and at number 33 on the Billboard 200. Eventually spawning two singlesーLet It Go, and Everything You Want, the album has sold close to 100,000 units as of 2013.

Following his initial effort, it wasn’t until 2001ーfour years after his music debutーthat he released his second studio album, This Ain’t a Game. Released in June of that year, it featured the production efforts of both Brandy, and Ray J himself, amongst others. His first record with Atlantic Records, it contained a total of sixteen R&B songsーa handful of which featured artists such as Pharrell, Lil’ Kim and Shorty Mack; some titles from the track-list include Keep Your Head Up, Takin’ Control, Interlude, Wet Me, and I Got it All. Shortly after its release, This Ain’t a Game peaked at number nine on the US Top R&B and Albums Chart and at number 21 on the Billboard 200; it sold over 18,000 copies in stores during the initial week. Met with more positivity compared to his debut work, it was later given a “B+” rating by Entertainment Weekly. Eventually selling over 300,000 copies as of 2013, the album went on to spawn three singles including Wait a Minute, Formal Invite, and Keep Your Head Upーthe first of which reached the top 40 in the singles chart.

In the fall of 2005, Ray J released his third studio album entitled, Raydiation in association with his personal label, Knockout Entertainment. His first major release in four years, it was primarily produced by Detail, although it also featured production from Timbaland, R. Kelly, Brandy, and Rodney Jerkins. Although the album was delayed several times, it was ultimately made available on September 20th, 2005. Similar to his previous efforts, its track-list showcased fifteen different hip hop tracks including Let’s Play House, Blue High Heels, Exotic, In the Mood, and War is Over, the last of which featured the vocals of Brandy. Although some panned Raydiation for its tepid titles and overdone studio effects, it did manage to peak at number thirteen on the US Top R&B and Hip Hop Albums and at number forty-eight on the Billboard 200. To date, the album has spawned three singles and have sold over 400,000 copies within the United States.

Three years later, the singer released his fourth full length album, All I Feel via Knockout Entertainment. His second release to be accompanied with a Parental Advisory sticker, it is noted for being a step away from his preceding works in that it featured lyrics that were much more graphic, and sexually explicit in nature. Recruiting the production help of Christopher Gholson, Rodney Jerkins, Noel Fisher, DJ Quick, amongst many others, its disc featured a thirteen-song track list which included Girl from the Bronx, Jump Off, It’s Up to You, Where You At, and Boyfriend, to name a few. Although it became Ray J’s first album to reach number one on the Billboard Top R&B and Albums Chart, it was met with generally negative reviewsー many panning it for its “forced and vulgar” content. Later peaking at number seven on the Billboard 200, All I Feel saw the release of two singlesーGifts, and Sexy Can I. As of 2013, the album has sold over 300,000 units domestically.

Since then, Ray J has released another album entitled, Smoke Cloud TMG & OHB with The Mob Group on November 30, 2016. Unlike his other efforts however, it did not manage to find its way onto the charts. 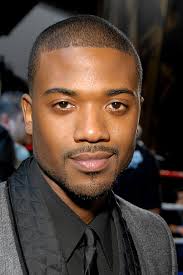 After starring on The Sinbad Show (1993) as a young teen, Ray J’s next big role was that of Dorian Long in the American sitcom, Moesha (1996). As mentioned previously, the singer had appeared as a guest star for a few episodes during its initial seasons, prior to being promoted to a regular cast member for its fifth season. Originally premiered on the UPN Network in January 1996, the series followed the life of the Mitchells’ーa middle class African-American family that lives in an affluent neighbourhood in Los Angeles, California. Ray J ultimately starred on the show for two seasons, from 1999 until the end of the series in 2000.

In 2005, the actor starred in yet another UPN sitcom called, One on One alongside Kyla Pratt and Robert Ri’chard. Although the series debuted back in September 2001, it wasn’t until the fifth season, that Ray J joined the cast as one of the main charactersーhe continued portraying the role of D-Mack, until the final episode which aired in May 2006.

On the music front, Ray J is currently working on an upcoming studio album entitled, Raydemption, which is set for a 2017 releaseー although the official date has not yet been announced. Distributed under BMB Records, it will be released via online streaming.

On television, the actor and performer has recently starred in a small handful of television seriesーone of which includes the VH1 reality show, Leave it to Stevie (2016). Directed by Earl Barlow, it will chronicle the life of a bachelor named Stevie J in Atlanta, Georgia. Other than that, Ray J also appeared in an episode of the ABC legal drama, Notorious (2016) and also acted as the host for the dating reality series, Driven to Love (2016).

If you’d like to stay connected with the R&B artist and actor, you can do so by following him on social mediaーyou can find Ray J on Twitter at @RayJ.