Hillary Clinton Net Worth – How Rich is She Now? 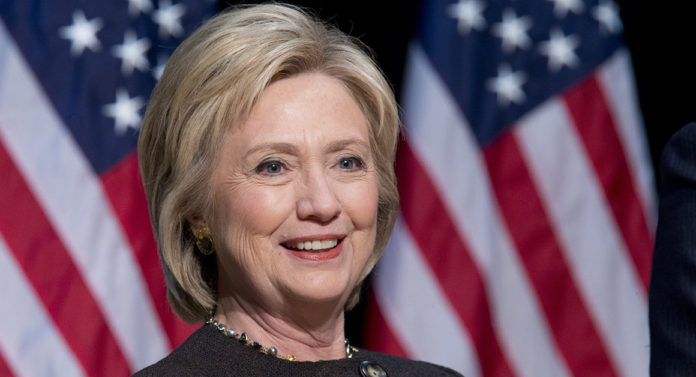 Hillary Clinton has served in the political scene for several decades until her defeat at the recent 2016 presidential election. Now you might be curious as to how rich is Hillary Clinton and if she has other ventures that add up to her net worth.  If you are then read on and find out more about Hillary Clinton’s wealth, career, and philanthropic efforts.

How did Hillary Clinton make her money & wealth? 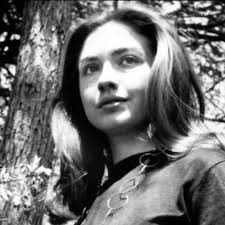 Hillary Diane Rodham Clinton was born in Chicago, Illinois, on October 26, 1947. The young Clinton exhibited athleticism and grew up in a spiritual environment. She enrolled at Maine East High School and proved to be quite the active student. Clinton became a director of the school’s Republican organization during a mock election, chairman of the Student Council’s committee for organizations and co-chairman of its anti-vandalism committee, and vice-president of the prestigious National Honor Society. In her teenage years Clinton was also active in the political scene, volunteering for campaigns and vote solicitation. Clinton pursued a degree in political science at Wellesley College where she became more involved in political matters.

Clinton enrolled at Yale Law School after college and dedicated her time as an editor of the school’s magazine Yale Review of Law and Social Action. Throughout her tenure Clinton tackled child abuse, social injustice, and learned more about the issues that plagued migrant workers. She graduated from Yale in 1973 and served as an impeachment inquiry staff during the investigation of the Watergate Scandal the following year. Afterwards she moved with her partner Bill Clinton in Arkansas and worked as a faculty member of the University of Arkansas’s School of Law, and as a partner of the reputed Rose Law Firm.

Clinton served as the First Lady of Arkansas in 1979 after her husband Bill Clinton’s election as the state’s Governor.  She worked as a member of the directorial board of the Legal Services Corporation (eventually became its first female chair), New World Foundation, Children’s Defense Fund, and Arkansas Children’s Hospital Legal Services. In 1993 Clinton became the nation’s First Lady as her husband was elected into presidency. She worked on welfare and health issues while enduring criticism on her actions. After the president’s second term Clinton continued her political career in 2001 as Senator. She ran for presidential candidacy in 2008 and 2016 but was defeated by Barrack Obama and Donald Trump respectively.

Clinton’s public speaking engagements contribute a good chunk to her income. Her speech in 2013 at the “Builders and Innovators” conference of Goldman Sachs held in Marana, Arizona, had a fee of $225,000, while in 2014 her speech at the University of California, Los Angeles, had a “speaking fee” of $300,000. In the late 70s she briefly invested in live cattle futures contracts and real estate, with both ventures amassing controversy later on. Clinton has also published several books since 1996 starting with It Takes a Village: And Other Lessons Children Teach Us.

Yes, to Bill Clinton. She met him at Yale Law School in the early 70s and became husband and wife in 1975. At first she decided to retain her maiden name to separate her professional life, but around the 80s Clinton started to use her married name.

Does Hillary Clinton have kids?

Yes. Chelsea Victoria Clinton is the couple’s only child. She was born on February 27, 1980 and currently works in the family’s nonprofit corporation the Clinton Foundation.

How much money had Hillary Clinton raised in her 2016 campaign?

Clinton amassed around $1.4 billion during her latest bid for presidency versus Donald Trump.

Clinton resides in Chappaqua, New York with her husband Bill. The couple purchased it in 1999 for $1.7 million. This September the pair purchased the ranch-style property next to their place for $1.16 million, presumably a vacation home for their daughter Chelsea and her kids.

Clinton said it herself that it was way back in 1996 when she last drove the Oldsmobile Cutlass Ciera she purchased ten years ago. It was sold to Mike Lawn, a former White House gardener, after winning it in an auction. The Clintons are still entitled to Secret Service protection (with a car and driver) because of the Former Presidents Act.

In 1986 Clinton helped establish the program Home Instruction for Parents of Preschool Youngsters (HIPPY) in Arkansas after learning about it a year ago in Florida. HIPPY helps parents in becoming the first teacher for their kids.

The Clinton Foundation, founded in 1997 by then-president Bill Clinton, is the Clinton family’s nonprofit corporation that hosts a handful of initiatives ranging from HIV/AIDS treatment and economic growth in Africa, to fighting off nationwide childhood obesity. Clinton herself joined the foundation in 2013 and she focused on the initiatives that sought to improve childhood development.

In 2010 Clinton urged Americans to provide aid for those who were affected by the disastrous floods that struck Pakistan. The Pakistan Relief Fund was established to spearhead the relief efforts.

Clinton was one of the speakers in the 4th World Conference on Women event of the United Nations last December 05, 1995, in Beijing, China. 20 years later she attended the 20th anniversary of the Conference celebrated by the Step It Up for Gender Equality event held in New York City on March 10, 2015.

The Global Alliance for Clean Cookstoves was announced by Clinton in 2010 which was a partnership of several departments in the United States in cooperation with other non-profits and spearheaded by the United Nations Foundation. This alliance seeks to fight health and environmental problems caused by unclean cooking implements in developing countries around the globe.

In 2014 Clinton (through the Clinton Foundation initiative Too Small to Fail) partnered with the American Academy of Pediatrics (AAP) and non-profit Next Generation in the promotion of early literacy and ensuring that the parents and guardians of the kids have the tools they need for this task. This partnership led to the creation of the Books Build Connections toolkit which contains resources such as books and information to help children learn how to speak, sing, and read at an early age.

Clinton has received numerous accolades for her efforts and it is too long to list here, so here are some of them:

The periodical National Law Journal included Clinton in their list of 100 influential lawyers in the country in the years 1988 and 1991.

Throughout the 90s Clinton received multiple accolades such as the “Health Foundation Prize” from the United Arab Emirates, the “Lincoln Medal” from Ford’s Theatre Society, the “Lifetime Achievement Award” from Children of Chernobyl Relief Fund, and “Mother Teresa Award” from Albania.

In 2004 she was given the “Nursing Health and Humanity Award” by the School of Nursing of University of Rochester. A year later she received the German Media Prize 2004, and the “President’s Vision and Voice Award” from American Medical Women’s Association.

In 2013 Clinton was awarded with the “Michael Kors Award for Outstanding Community Service“at the 7th Annual Golden Heart Awards held by the non-profit organization God’s Love We Deliver. The award was the first of its kind.