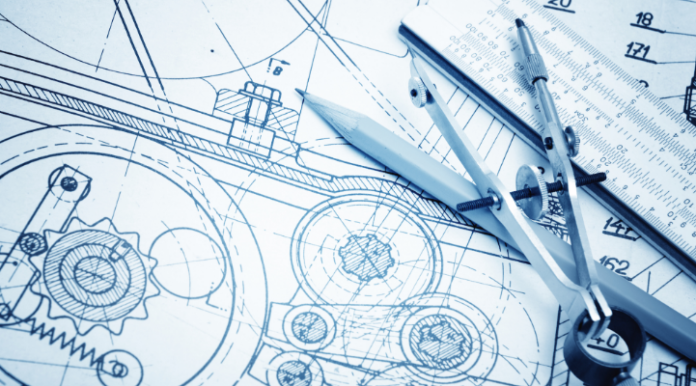 Nobody’s been surprised about the STEM revolution taking place over the past two decades, but some have been more proactive about capitalizing on the opportunity than others. Five out of ten of the world’s highest paid men are engineers, and anyone looking for a good salary with an increase in projected income might profit by going to college for engineering, like all these wealthy men have. Between these ten engineers there are numerous cars, mansions, and billions of investment dollars spent on their behalf every day. If you’re looking for prosperity, look for engineering like these men did. All net worth/true worth figures are based on data from Forbes.

Thomas Kwok and his brother Raymond Kwok are the owners of Sun Hung Kai Properties, a real estate company based mainly in China. Together, their net worth is $14.1 Billion. Only one of them is an engineer — Thomas Kwok. Mr. Kwok has a masters in business administration, but surprisingly enough, also has a bachelor’s in civil engineering. Though the civil engineering degree is not what has made Mr. Kwok his money, he reportedly had intentions of becoming an engineer before his father passed away, the founder of SHK. Upon his death, the two brother’s retained control of the company that has brought money and renown to their name. Of the pair, the engineer Thomas ran into some legal trouble in 2014, when he was accused of bribery. Even after such accusations, the pair are worth a considerable sum.

Mr. Ambani’s engineering degree has directly played into his success and riches; he earned a BE in Chemical Engineering from the Institute of Chemical Technology in India, and his business, Reliance Industries Limited, is a Global Fortune 500 company that refines chemicals. He’s the largest shareholder of his company, owning 44.7% of all shares, according to Forbes. This wealthy guy might surely owe some, if not all, of his success to his degree in Chemical Engineering.

Mr. Arnault’s financial endeavor’s rarely pertain to engineering, but this multi-billionaire is the owner of a engineering degree from École Polytechnique in France. Though an engineer by definition, Mr. Arnault is a businessman by trade. He is the chairman and CEO of LMVH, a luxury goods company in which he rose to power through entrepreneurial prowess and aggressive business tactics. Under his hand, his company has reportedly increased sales by 500%. Within his company are big brand names like Louis Vitton and Moët Hennessy.

Mr. Brin is one of the two founders of Google, the world-renowned search engine that everyone knows and loves. While Mr. Brin doesn’t have an official engineering degree, he has degrees in mathematics, in computer science, and heads various engineering projects like the infamous Google self-driving car. His experiences around computers pre-dated many computer engineering programs, although it’s safe to assume he could teach any college professor volumes on computing, and it is for this reason that he is labeled an engineer on this list. His revolutionary work on Google, and all of Google’s side projects make him an engineer.

Unlike Sergey Brin, Larry Page has an engineering degree in computer engineering, which he received from the University of Michigan. He co-founded Google alongside Sergey Brin in his college dormitory while working on a PhD from Stanford University. The pair have gone on to make billions for themselves, and great improvements for the world. Some of Google’s revolutionary projects include bringing Internet to devoid sections of the world and creating driverless cars. The couple’s incredible company has an unofficial motto, which is “Don’t be evil.” In light of their developments for humanity, and their service to users of the Internet, they clearly have done no evil.

The Koch brothers are the wealthiest pair of brothers in the world, and on top of that, they are the wealthiest engineer brothers ever. David Koch has a bachelor’s and a master’s degree in chemical engineering, whereas Charles Koch has a bachelor’s in general engineering, a master’s in mechanical engineering, and another master’s of chemical engineering. These two tycoons are heads of Koch Industries, which are responsible for products such as the Dixie cup, stainmaster, and Lycra products. Both are renowned philanthropists, with David being an active social advocate for economic security. He’s a notable libertarian, and was a vice-president candidate in 1980. Both Koch’s are the lucrative co-owner’s of the second largest publically traded company in the US.

Michael Bloomberg’s source of wealth is self-made whereas other billionaires on this list have inherited business from their families, he created a business for himself, Bloomberg LP. Bloomberg LP manages data and media, and report mainly on business and financial news. He does have an electrical engineering degree from John Hopkins University, but immediately after attaining that degree he went on to receive a Masters in business administration from the Harvard School of Business. Mr. Bloomberg is a noted philanthropist, owning his own foundation aptly named, “Bloomberg Philanthropies,” whose main focus is on public health, the arts, government innovation, the environment, and education, according to its mission statement.

As shown in the picture above, Jeff Bezos is a future space tourist magnate. His project, called Blue Origin, is a company poised to capitalize on the space tourism industry before anyone else. He didn’t get his wealth from Blue Origin but from Amazon.com, the company of which he is the CEO. The New York Times has criticized the work environment at Amazon.com, which has reportedly caused some strife within the company as of late, but more importantly the company continues to be incredibly lucrative as an online retailer. He has an electrical engineering degree from Princeton, as well as a computer science degree from the same institution. He was the valedictorian of his high school, and graduated college with honors.

Carlos Slim is the subject of a rap song by RiffRaff, but he’s also a mutli-billionaire, and the richest engineer multi-billionaire in the world. His company, telecom, is a Latin American phone company, but that’s not the only venture he’s a part of — he owns 17% of the New York Times’ shares and owns a majority stake in the industrial group Grupo Carso. He’s got a big, grand mansion in Mexico City, and virtually everything a person could want under the sun. He has a civil engineering degree from National Autonomous University of Mexico, and he is widely considered the Warren Buffet of Mexico. This widely successful man was the #2 richest billionaire in 2015.