Top 10 WWE Wrestlers of All Time 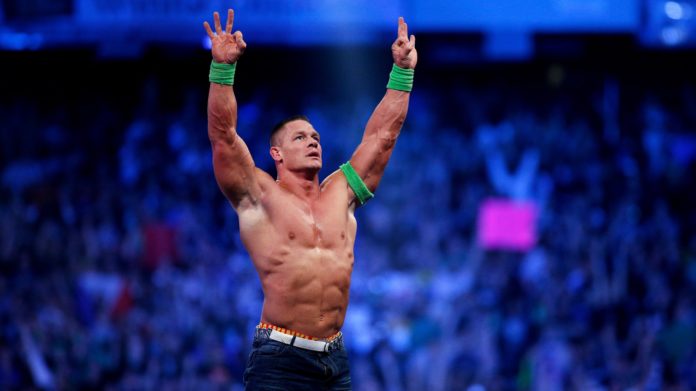 The story of the WWE goes as far back as the 1950’s, where small communities and businesses revolving around wrestling would come together to form what would be the start of the World Wrestling Federation. Even before the official name, WWE “Superstars” would vie for the position of flashiest, most incredible, and of course, top dog. Here, we take a look back at the history of the WWE and select the top ten wrestlers, both hero and heel, of all time. 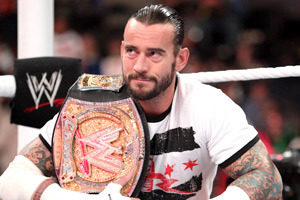 Starting off our list is CM Punk, a wrestler who certainly deserves respect as he had defended his title as WWE Champion for 434 days. Playing a straight edged character whether hero or heel, Punk has also carried the belt for a World Tag Team championship with Kofi Kingston, an Intercontinental Championship, and a Triple Crown. In recent years, he has also taken up Mixed Martial Arts, though at time of writing has only had one fight, which he lost by submission in September 10, 2016. 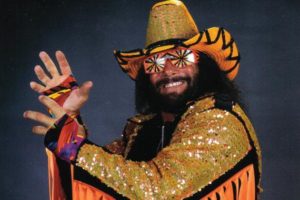 After spending some time as a professional baseball player for the St. Louis Cardinals (though almost immediately tossed into minor leagues for development), Randy Savage (born Poffo) began wrestling after both his father and younger brother had entered the ring and he himself had nearly finished his baseball career. Gaining his show name from his reputation as “Savage” within the Georgia Championship Wrestling league, the Macho Man would go on to win dozens of titles, including both the most hated wrestler of the year in 1989, the most popular the year prior, and simply the best wrestler of the year in 1988 as well. After his death in 2011, Randy Savage was inducted into the WWE Hall of Fame. 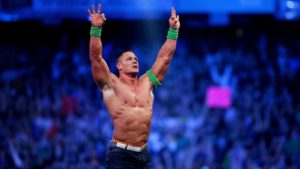 Before his popularity as a meme due to his unmistakable entrance music and persona, Cena was originally known as “The Prototype” in his 1999 debut. Soon after his debut, Cena would be sent into the Smackdown! Label, where he would win many titles using his signature move, “The Attitude Adjustment”. Winning more than his share of belts and 10 Slammy’s, Cena has also gained a much more touching bragging right: At time of writing, Cena has granted more than 500 wishes for the Make-A-Wish Foundation, more than any other granter in history. 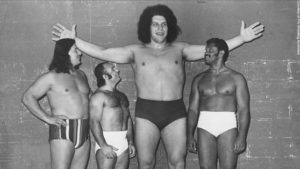 Perhaps better known now for his role in the film The Princess Bride, Andre “The Giant” Roussimoff very much lived up to his name. Coming in at nearly 7 and a half feet and 520 pounds, started out wrestling at the age of 17. Having previously been raised in the French countryside (where his neighbor was the later famous playwright Samuel Beckett), both his Acromegaly and farming lifestyle made Andre a formidable opponent. In fact, from 1973 to 1987, he had a continuous undefeated streak. Despite Andre winning only two titles, his worldwide wrestling successes (which included wins in France, the UK, Japan and the United States) and huge boost to the name of the Federation. 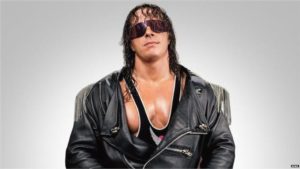 Often seen as a hero to European and Canadian audiences but a villain to those stateside, Bret “The Hit Man” Hart has often been referred to by other wrestlers as the greatest of all time. Often participating in flag matches against rivals Stone Cold Steve Austin or Undertaker, Hart would often gain the Most Hated Wrestler of the year title, and awards for the best feuds and matches of the year regularly. He would also be entered into the WWE Hall of Fame in 2006, and 5 Slammy awards would be given to him from 1994 to 1997. Outside of the ring, he would go on to fight back against both a stroke and prostate cancer. 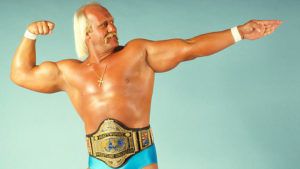 One of the most well known wrestlers of all time, Hulk Hogan has also seen the most controversy both in and out of the ring. Starting off as a wrestler under the teaching of the legendary Japanese wrestler Hiro Matsuda in Florida, Hulk would begin gaining national acclaim near the end of the 1970’s. After meeting with a creator of The Hulk series, and having him note that Hogan dwarfed the fictional hero, Hogan would take the name to the stage. A 6 time WCW (Later WWE) world heavyweight Champion, Hulk would be inducted into the wrestling hall of fame in 2005, and an earlier admission into the Pro Wrestling Hall of Fame in 2003. Unfortunately, in recent history, it has been revealed that Hogan has had quite a few issues in his personal life, including the release of a sex tape, and multiple instances of both racist and homophobic audio being released. While certainly a fantastic wrestler, it is uncertain what this Superstars legacy will be. 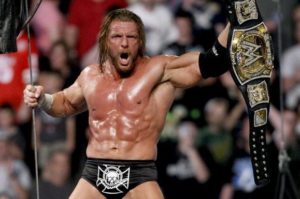 The current Executive Vice President of Talent and Live Events, as well as husband to Stephanie McMahon (heir to the WWE empire) has also been a wrestler since 1992, and has often played up his French Canadian heritage to bring an air of “higher class” into the ring. With over 20 titles for Heavyweight Champion and tournament wins, as well as plenty of awards for both best feuds, and best matches for decades. Outside of wrestling, Triple H has created the “Connor’s Cure” philanthropy, a cancer fund dedicated to a WWE fan who died of cancer at the age of 8. 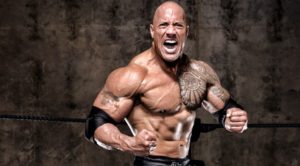 Now known equally for his wrestling, television, and movie appearances, The Rock initially did not aim to carry on the legacy his family had for wrestling. Instead of following his fathers, uncles, and cousins footsteps, Dwayne Johnson instead studied both Criminology and Physiology before being trained by his father in the ring. Seen as one of the first third generation wrestlers, The Rock would begin his career in 1996, and quickly be deemed to be “The People’s Champion”. Though considered a heel, he would often outshine the heroes of the match with raw charisma and wit, which he brought to bear against greats like Hulk Hogan and John Cena. With an awards list only rivaled by his list of credits within film, The Rock has nearly 30 awards to his name, including Most Charismatic, Popular, and 8 Undisputed Championship titles from the WWE. 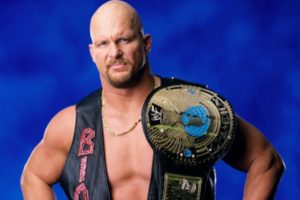 Coming in as the runner up for the top WWE wrestlers of all time is Stone Cold Steve Austin, a near constant rival of the CEO of WWE, Vince McMahon. Despite having a shorter career than most other wrestlers on this list due to a persistent injury that risked him permanent disability or death by time of his retirement in 2003, Austin has had a slew of 5 star matches, a Triple Crown championship, and three wrestler of the year titles. He also has 6 WWF championships, and an additional 4 Tag Team titles. 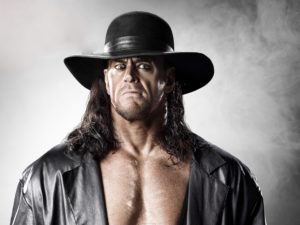 Topping our list for the top WWE Wrestlers of all time is the one and only Undertaker. With an unprecedented 21 match win streak, Undertaker has over 15 championships to his name, and quite the number of both Feuds and Matches of the year. Often being cited by other wrestlers as being the best in the business both in combat and persona, it would appear that the one thing that the Undertaker won’t let down is his fans.