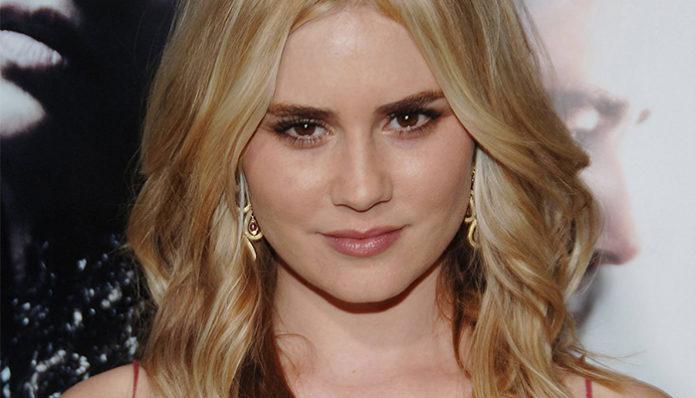 Beautiful and talented, Alison Lohman rose to fame as an actress for her performance in Peter Kosminsky’s, White Oleander (2002). Born to perform, the blonde was enrolled in both dance and drama lessons as a grade schooler. When she was nine years old, she had landed a professional role in a production of The Sound of Music, at the McCallum Theatre in Palm Desert. Continuing to act into her teens, she had starred in a dozen different plays by the time she was seventeen. Aside from drama, Lohman was also fond of singing; over the years, she performed on stage with many big name artists such as Bob Hope and Frank Sinatra. Wanting to relocate herself to the country’s entertainment capital after graduating from high school, she moved to Los Angeles in 1997. Settling down in the new city, she soon landed a small role in the sci-fi film, Kraa! The Sea Monster (1998). Later that same year, the aspiring actress went on to appear in a couple of television series including Pacific Blue (1998), and 7th Heaven (1998).

Continuing to gain more experience in the industry, Lohman eventually made a handful of guest appearances in Crusade (1999), The Auteur Theory (1999), Safe Harbor (1999), The Million Dollar Kid (2000), Delivering Milo (2001) over the next few years. With the arrival of the new millennium, she also secured her first lead role in the comedy, Tucker (2000). After many years of appearing in B-movies, she received a big break when she was offered a main part in the drama film, White Oleander (2002), opposite of Michelle Pfeiffer. Well-received by critics and viewers alike, the movie garnered Lohman much widespread attention upon its release; it later earned her a Young Hollywood Artist Award for “Superstar of Tomorrow” in 2002. Since then, her work has led her to many awards including a ShowWest Award, and a Hollywood Film Award, amongst many other nominations.

So what has the blonde beauty been up to since then? Has she made her return to acting? If so, what are some of her latest projects? What happened to Alison Lohman? Where is she now in 2018? 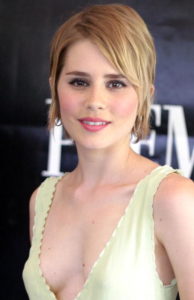 Born on September 18, 1979 in Palm Springs, California, Alison Marion Lohman is the daughter of Gary and Diane Lohman, an architect and a bakery owner; the oldest out of two siblings, she has a brother named Robert, who is younger by three years. Growing up, the blonde loved to perform. Not only did she take dancing lessons, but she also enrolled herself in acting classes ever since she was in grade school.

When she was nine years old, Lohma landed her first professional role in a production of The Sound of Music at the McCallum Theatre in Palm Desert. Continuing to hone her skills through a number of plays, she later played the title role in Annie two years later, for which she received a Desert Theatre League Award for “Most Outstanding Actress in a Musical” for at the age of eleven. Carrying on with her performances, Lohman had appeared in twelve different productions by the time she was seventeen; not to mention, she had also worked as a backup vocalist for artists Bob Hope, and Frank Sinatra.

During her senior year in school, she was presented with an award from the National Foundation for the Advancement of the Arts and was also given the opportunity to attend the Tisch School of the Arts in New York. Despite this, Lohman ultimately declined instead opted to pursue an acting career in Los Angeles. After relocating to the country’s entertainment central, she soon began attending various auditions. At the age of nineteen, she made her feature film debut in the sci-fi flick, Kraa! The Sea Monster (1998). Later that same year, the blonde also appeared in the series Pacific Blue (1998), and 7th Heaven (1998). In 1999, the aspiring actress received her first recurring (albeit minor) role in the drama, Safe Harbor. However, it wasn’t until the arrival of the new millennium that she secured her first lead part in the NBC sitcom, Tucker (2000). 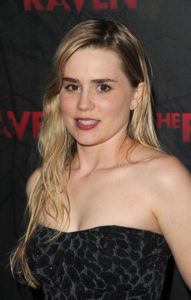 Originally premiered on NBC on October 2nd, 2000, Tucker centred around a teen boy (played by Eli Marienthal) who is forced to live at his aunt’s house following the separation of his parents; although he is initially displeased with the arrangement, he later changes his view on the situation after spotting and falling in love their neighbour (played by Lohman).

Revolving around themes of teenage culture and divorce, Tucker also featured the on-screen talents of actors Noelle Beck, Katey Sagal, Nathan Lawrence, Andrew Lawrence and Casey Sander. Well-received by those who tuned into the show, it garnered many praises for its excellent cast and whimsical humour. Despite its positive reviews however, Tucker never quite caught onーit eventually ended less than a month from its debut. By then, only four episodes had been broadcasted; to date, nine episodes remains to be unaired.

Shortly afterwards, Lohman was offered yet another main role in the Fox soap opera, Pasadena (2001). The brainchild of television producer Mike White, it starred the actress as Lily McAllisterーa young woman who begins exploring her own family secrets after witnessing the suicide of a stranger. Filmed in Vancouver, British Columbia, the series made its way onto television on September 28, 2001. Although it received a fair share of favourable reviewsーmany have praised it for its production values and depth of charactersーPasadena did not prove to be popular amongst general viewers; some have speculated that the timing of its broadcast (it aired just two weeks following the 9/11 attacks) may have had something to do with its low viewership. Aside from the actress, the drama also recruited the help of many artists including that of Alan Simpson, Martin Donovan, Dana Delany, Chris Marquette and Natasha Gregson Wagner. Pasadena was ultimately cancelled after four episodes in the United States, although a total of thirteen had been filmed and produced. Having said that, the entire season has made its way onto the small screen in a handful of other countries such as Romania, New Zealand, Denmark and Mexico.

After many years of appearing in small roles and B-movies, the actress received a well-deserved breakthrough in 2002. Cast as the central role of the drama film White Oleander, Lohman finally had the opportunity to showcase her acting abilities to the world. Working with director Peter Kosminsky, she played the part of a teenage girl named Astrid Magnussenーa fifteen-year-old who finds herself journeying through a series of foster homes after her mother is sentenced to prison. Adapted from a novel of the same title by Janet Fitch, White Oleander was theatrically released on October 11, 2002. Critically acclaimed, the movie garnered positive reviews from many critics; for instance, Stephen Holden of the New York Times described it to be “superbly acted from top to bottom”. Applauded for her performance, Lohman’s portrayal of the troubled teen earned her a Young Hollywood Artist Award for “Superstar of Tomorrow”. In the film, the actress was also joined by Robin Wright, Renee Zellweger, Amy Quino and Michelle Pfeifferーthe last of whom was also a recipient of much praise. A commercial success, White Oleander went on to earn over $21 million at the box office. 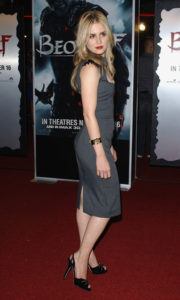 In 2006, Lohman was recruited to star in Michael Mayer’s drama film, Flicka. Based loosely on a children’s novel from the 1940’s, the movie revolved around a young woman named Katy, who in an effort to prove to her father that she is capable of taking over the family ranch, tames a wild horse by the name of “Flicka”. Released in theatres on October 20, 2006, Flicka was met with a mixed reception. While some individuals hailed it as a “well-made family drama”, others panned it for its flawed script and thin plot. Despite the average reviews that it garnered, it was a financial successーhaving grossed over $21 million from a production budget of $15 million. In addition to Lohman, the cast list also included Tim McGraw, Maria Bello, Ryan Kwanten and Dallas Roberts. Four years after its release, a sequel was released straight to DVD in the summer of 2010.

The actress’ next big break came in 2009 when she starred as the female lead of the supernatural horror film, Drag Me to Hell. Directed and co-written by Sam Raimi, it depicted the story of a loan officer who after evicting an old woman from her home, finds herself in the middle of a dark curse; as evil forces push her to a breaking point, she turns to a psychic in attempts to save her soul. Opened in theatres on May 29, 2009, Drag Me to Hell received widespread claim from both viewers and critics alike. Lauded for its scary yet humorous tone, it garnered a number of awards including a Saturn Award for the category of “Best Horror Film” in 2010. For her convincing performance in the horror film, Lohman was nominated for three awardsーa Saturn Award for “Best Actress”, an MTV Movie Award for “Best Frightened Performance” and a Detroit Film Critics Society Award for Best Actress”. A commercial hit, Drag Me to Hell eventually grossed over $90 million by the end of its theatrical runーearning over three times that of its production budget.

You may be wonderingーwhat happened to Alison Lohman? From 2009 onwards, the actress hasn’t starred in much of anything at all. Looking at her personal life however, it would seem to sense. In 2010, she gave birth to her first child, a son; therefore, we can probably safely assume that she’s been spending most of her time as a mother. According to reports, she has also recently given birth to a second childー allowing for even less time to work in the show business.

Having said that, she has appeared in a couple of films over the past two years. In 2015, she played a minor role in the horror thriller, The Vatican Tapes; recently this year, she also made minor appearances in the films Urge (2016), and Officer Downe (2016).

Unfortunately for us fans, it would seem that Lohman does not have or use any social media accounts. Alternatively, you can visit her IMDb page for her latest projects.