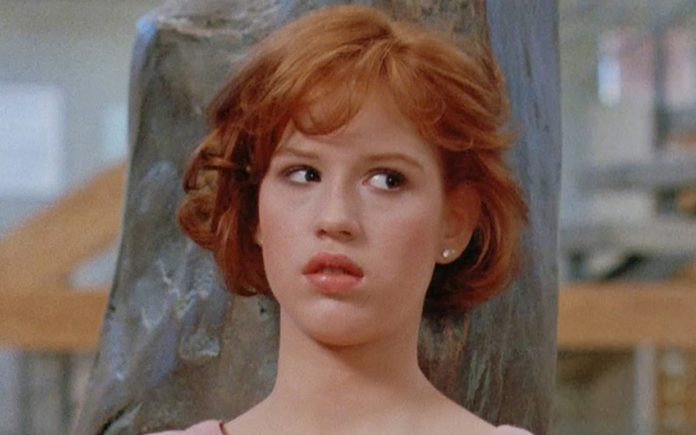 If you watched movies during the 1980’s, you’ve probably heard of Molly Ringwald. She was considered one of the greatest teen actresses of her time, and today she is a member of the Brat Pack. Molly was arguably one of the most famous actresses among teens during her time, but today, she isn’t nearly as talked about as she once was. Has Molly Ringwald retired for acting? She’s getting older, so that wouldn’t be too unreasonable to assume. In this article, I’m going to be answering that key question, among others. I’ll go over Molly’s rise to success (as well as her slow decline) while also making sure to take the time to update her fans as to what she has been doing more recently. Without further ado, let’s see what this former teen actress is up to.

Molly Ringwald was born in February of 1968 in Roseville, California, which is located just outside of Sacramento. She grew up in an interesting household, being raised by a chef and a blind jazz pianist. Molly took a strong interest in entertainment at an early age, with her career beginning when she was just five years old. Molly appeared in Alice Through the Looking Glass, as the Dormouse. Following this success, she would work alongside her dad in his line of work. She helped to record the album “I Wanna Be Loved by You”, with her father and his group the Fulton Street Jazz Band. Her career would take on a much more focused path in the future. In one of her earliest roles, she played Kate in a local production of Annie. In the following year, she had a small role on the television show Diff’rent Strokes, which would end up receiving a spin-off called The Facts of Life. 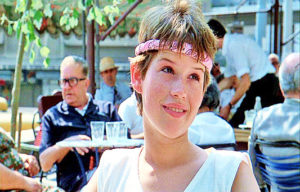 Ringwald’s character in the show, Molly Parker, was moderately well-received. However, the series underwent some major changes heading into its second season, and her character ended up being one of its casualties. Despite this disappointment, this role would obviously not be Molly Ringwald’s last shot at success. In 1982, she received a Golden Globe nomination for her outstanding performance in her feature film debut, in the movie Tempest. Although Tempest was not a commercial success, it was certainly a critical success. Being nominated for a Golden Globe so early on in one’s career is a true honor, but Molly didn’t let the success get to her head. She kept working hard, and that resulted in her acquiring one of her biggest roles in 1984.

As many may known, Molly Ringwald starred in the movie Sixteen Candles, a coming-of-age comedy movie where she worked alongside the likes of Michael Schoeffling and Anthony Michael Hall. The movie was a massive hit, making over $23 million at box office over a $6.5 million budget. John Hughes actually wrote the character of Sam Baker with Molly Ringwald specifically in mind, and so it was really no surprise that her performance was as well-received as it was. Due to her work on Sixteen Candles, she ended up winning a Young Artist Award for Best Young Actress in a Motion Picture. Just one year later, she got in on another major John Hughes movie when she was cast in The Breakfast Club. The Breakfast Club is considered an American classic today, and Ringwald and her co-stars were all elevated to extreme levels of renown for their work in the movie.

Molly Ringwald in Pretty in Pink and More

Just one year later, Molly Ringwald appeared in yet another John Hughes movie: Pretty in Pink. Although this film may not have been as popular as The Breakfast Club, today it is still considered one of her most iconic roles. Molly starred in the movie as Andie Walsh, and both her character and her performance was well-received. In the next year, she was offered a role in the movie Some Kind of Wonderful, which was another film from John Hughes. Although the role was tempting, Molly ultimately turned it down because she felt as it if was too similar to her previous roles with Hughes. Even though she saw a lot of success in teen dramas, it’s understandable to think that she may have felt as if she was being typecast in these movies. As a personal goal, Molly set out to star in more mature, diversified roles. 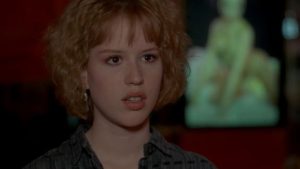 She would end up partially getting her wish in 1987, when she received a prominent role in the film The Pick-up Artist, where she starred alongside Robert Downey Jr., who was relatively unknown at the time. The Pick-up Artist didn’t receive great reviews, but it was still a step in the right direction for Molly career-wise. In 1988, Ringwald saw one of her best roles in the movie For Keeps, where she played a high school senior who undergoes a teen pregnancy. This would be one of her final roles where she plays a teenager, but ironically some thought her portrayal of a young woman facing such a dire situation was one of her most mature yet. In that same year, she had a role in the box office flop Fresh Horses, where she appeared alongside Andrew McCarthy.

Entering into the 1990’s, Molly started things out slow. She turned down a couple of major roles early on in the decade (including a lead role in the movie Pretty Woman) before briefly moving to Paris to star in a couple of French movies. As far as American entertainment was concerned, her work was intermittent. In 1990, she had a big year by appearing in movies Strike It Rich and Betsy’s Wedding. In 1994, she received a major long-term television role in the adaptation of the Stephen King novel The Stand. Following this role, she took her career to the stage, holding down parts in productions of Cabaret and Modern Orthodox. Ringwald obtained a major, long-term television role in the show The Secret Life of the American Teenager, where she played the mother of the main character. Looking at these roles alone, you can kind of get an idea of what she has been working on in her life after the 1980’s. What has she been doing more recently, though?

As someone who is held in high-regard by the entertainment industry, Molly Ringwald kind of has the privilege of being able to do whatever she wants, to an extent. In 2013, she released a jazz record called Except Sometimes. In 2015, she had a somewhat large role in the movie Jem and the Holograms, where she played the character of Aunt Bailey. One of the largest roles that she has coming up right now is in the upcoming television show Riverdale, a show based on Archie Comics that is slated to premiere in January of 2017. She is set to play Mary Andrews, the mother of Archie. Riverdale is highly anticipated by fans of the Archie Comics, and it’s pretty great that Molly was able to win this role. Although she may not be starring in teen dramas on a yearly basis like she used to, Molly Ringwald is still keeping herself busy in the entertainment world.