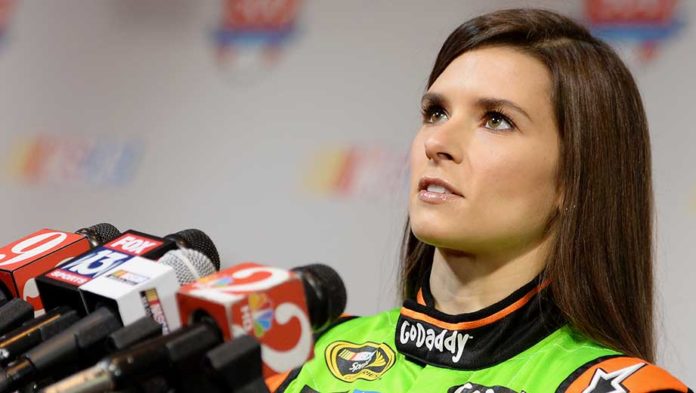 During the mid-2000’s, Danica Patrick was able to become one of the most popular (and most controversial) stock car racers in the country. She stole headlines by being a prominent female race car driver, which isn’t all too common in IndyCar and NASCAR. She was a pretty big deal a few years ago, but what has she been doing more recently? In this article, I’m going to be answering that key question, among many others. I’ll go over how Danica was capable of becoming such a large figure in racing, while also making sure to provide her fans with an update as to where she has taken her career more recently. Start your engines, folks, because we’re about to learn a lot more about this successful female racer. 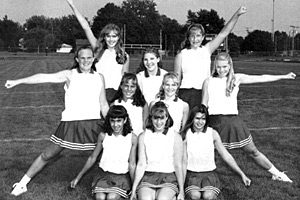 Danica Patrick was born in March of 1982 in Beloit, Wisconsin. Her dad was a prominent local racers, and he enjoyed racing everything from motocross to snowmobiles. Danica kicked her “career” off in a very small way, almost literally. She raced go-karts back when she was just ten years old, at the Sugar River Raceway in Brodhead. Patrick originally attended high school at Hononegah Community High School, which is located in Illinois. However, she made the decision to drop out of high school at the age of 16 in order to more seriously pursue a professional career in racing. She moved to Milton Keyes across the pond, racing in the Formula Ford Festival. This event is a fairly big deal overseas, and she was up against some top tier talent. She raced there for three years, before earning a second place finish. This is the highest finish by any American at this event.

Needless to say, Danica got her career off on the right foot. Beginning in 2002, she was driving for Rahal Letterman Racing, where she made a few starts in the Barber Dodge Pro Series. By 2003, she had moved onto the Toyota Atlantic Championship. Although she consistently finished on the podium during this championship, she never actually won a race. In the end, she finished third overall in the championship. Following this modest success, it was announced that she would be driving in the IRL IndyCar Series in 2005. By competing in the Indianapolis 500 that year, Danica Patrick became the fourth ever woman to do so. Not only that, but Patrick acquired a starting position (fourth) that would be the highest ever attained by a woman in the race. She was also the first female driver to ever lead the race, acquiring it for a lap around 125 miles in. She would only see her success grow from there. 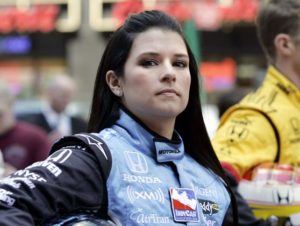 In July of 2005, she won her first pole position at Kansas Speedway, becoming the second ever woman to do so. She would go on to win her second pole in the month to follow, at Kentucky Speedway. Danica ended the season out with a 12th place finish, and due to her outstanding performance throughout the year, she was named Rookie of the Year by both the Indianapolis 500 and IndyCar. In 2006, Danica competed in the Indianapolis 500 again started and finished in eighth place. Although there were a few bumps in the road, so to speak, she closed out the season with a 9th place finish, which was obviously an improvement from her previous year. In the following season, she finished in 7th, which just showed that she was just continuing to improve as her career went on. Although not everyone in the country was watching Danica, her accomplishments as a female race car driver began to attract a lot of attention in the mainstream media.

Female race car drivers are obviously rare, and so Danica’s apparent success in the field started to turn heads beginning in 2008. In 2008, she made guest appearances on late night shows like Late Show with David Letterman and Late Night with Conan O’Brien. In that same year, she named favorite female athlete at the 2008 Kids Choice Award. Apparently inspired by this newfound popularity, she saw a phenomenal year in both 2008 and 2009. She closed out the 2008 series in sixth place, which was the highest championship finish by an American driver during that season. In 2009, she finished third in the Indianapolis 500, which was her best finish yet and the best finish by any other female driver. She closed out 2009 with a 5th overall finish. This was the best finish by any American driver, any Andretti Green Racing driver, and any non-Penske or Ganassi driver that year. Needless to say, she was doing very well for herself. 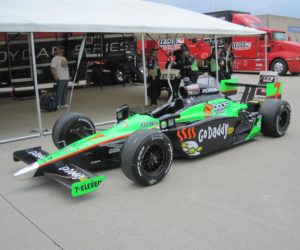 In 2010, she had difficulties getting her car to start up at the Indianapolis 500. Patrick was booed during driver intros, since some took her negative comments as her indicating that she was blaming her team for the failure. In the end, Patrick finished the race in 6th place. Unfortunately, this entire season would prove to be a disappointment, and she would finish it out in 10th place. Nonetheless, Danica returned to racing with gusto in 2011, but due to further struggles, she finished this season out in 10th place. At the end of the season, she announced that she was going to be taking a break from IndyCar racing, and that she would be focusing on making a name for herself in NASCAR. This was a career move that really surprised a lot of people when she made this announcement, and it would prove to be a fairly pivotal moment for her. Her first season was a modest success, closing out with one pole position (winning this pole made her the second woman to ever do so in NASCAR history) and four top 10 finishes.

In the years to follow, Danica would only continue to struggle. Due to both bad luck and bad judgement on the track, she has only won two poles during her years with NASCAR. In 2015, due to her negative performance, it was announced that key sponsor GoDaddy would not be renewing their sponsorship with her. Around this time, various news publication and analysts began to argue that Danica was a highly overrated racer, and that her unique status as a woman in NASCAR caused people to regard her more highly than they should. Regardless as to whether or not that was valid criticism, Danica kept her head down and kept on racing. How has she been doing more recently? Was 2016 a good year for Danica Patrick? What will she be doing in 2017?

Since GoDaddy dropped their sponsorship of Danica, she acquired a new sponsorship with Nature’s Bakery and signed a contract extension with Stewart-Haas Racing. With these two moves, it seemed as though she was looking to turn over a new leaf. At Talladega, she was involved in a crash that actually caused her car to catch fire. She had to undergo an x-ray, and today regards the crash as one of the worst of her career. She closed the season out with a 24th place finish. The 2017 NASCAR Cup Series has yet to begin, but Danica is still set to be racing during this season. If you’re a fan of Danica Patrick, you can only hope that this season proves to be a bit less unlucky than her previous. Regardless of the controversy that occasionally engulfs this racer, however, you have to admire her persistence.