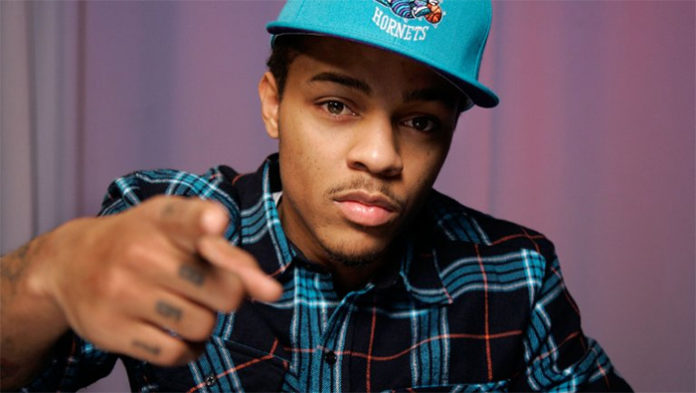 Shad Gregory Moss, better known as Lil Bow Wow first broke into the hip hop scene with his debut album, Beware of Dog in 2000. Interested in rap ever since he was three years old, he was rapping under the name “Kid Gangsta” by the time he was six. Sometime in 1993, Bow Wow took to the stage at a Los Angeles concert and was noticed by renowned rapper, Snoop Dogーhe later gave him his present stage name, “Lil Bow Wow”. At the age of eleven, he met Jermaine Dupri, a record producer who ultimately helped kick start his career. After making an appearance in a movie soundtrack for Wild Wild West (1999), the aspiring artist signed a recording deal with Columbia Records and promptly released his debut album entitled, Beware of Dog in 2000. A major hit, it produced several charting singlesーone of which was Bow Wow (That’s My Name) feat. Snoop Doggーand put his music career on track for the subsequent years.

Just a couple of years later, Bow Wow followed up with a second album, Doggy Bag (2002). While it wasn’t as successful as his debut effort per se, it still managed to sell over one million copies in the United States. Since then, the rapper has released a total of six studio albums, seven mix tapes and twenty six singlesーmany of which have been recognized by the RIAA. To date, his debut work, Beware of Dog remains to be his best-selling album, having sold close to three million copies domestically. Aside from his solo recordings, Bow Wow has also collaborated with several artists throughout his career including Omarion, Jagged Edge, Chris Brown, T-Pain, Johnta Austin, and J-Kwon. Over the years, his music has also garnered him many awards including a BET Award (e.g. Viewer’s Choice), a Billboard Music Award (e.g. Rap Single of the Year), a Nickelodeon Kids’ Choice Award (e.g. Favourite Male Singer), amongst numerous nominations.

So what has the rapper/actor been up to recently? Has he been focusing more on his music or acting career as of late? What are some of his latest projects? What happened to Lil Bow Wow? Where is he now in 2018? 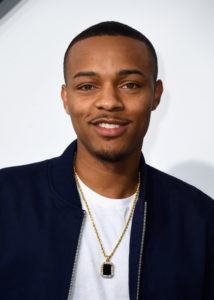 Born on March 9, 1987, in Columbus, Ohio, Lil Bow Wow (Real Name: Shad Gregory Moss) is the son of Alfonso Preston Moss and Teresa Rena Caldwenーhowever he has never seen his biological father. Raised by his mother and stepfather, Rodney Caldwell, with his step-siblings, he developed a profound interest in music, particularly rap at a young age. Giving himself the moniker “Kid Gangsta”, he performed in a handful of local talent competitions while still in grade school. An avid rapper, he “rapped every chance [he] had.”

At the age of six, Bow Wow participated in a Chronic Tour held be celebrated rappers Snoop Dogg and Dr. Dre. Later called up from among the audience to perform with the stars on stage, his stunning display of rhyme and tunes quickly caught the attention of the crowd. Following the event, he was invited backstage; it was then that Snoop Dogg, impressed by his musical talents, offered the aspiring rapper a chance to perform with him throughout the rest of the tour. Jumping at the opportunity, he adopted the stage name of “Lil Bow Wow” and soon found himself travelling with the group across the United States.

After the experience of a lifetime, Bow Wow got another surpriseーSnoop decided to introduce the rising star to music producer, Jermaine Dupri. Recognizing his musical potential, Dupri swiftly signed him under his recording company. Before he even got started on his debut album, he made an guest appearance in a movie soundtrack for Wild Wild West (1999), where he performed one of the songs, The Stick Up under the guidance of his mentor. From there, Bow Wow began collecting materials to work on his first album; Beware of Dog, as it was called, was later in the fall of 2000. 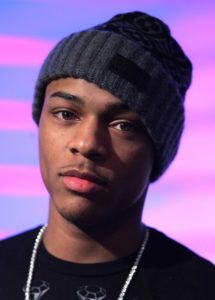 The rapper’s debut album, Beware of Dog was released in stores on September 26, 2000. His first professional record, it was made under the guidance of Jermaine Dupri and Bryan-Michael Coxーboth of whom also served as the album’s executive producers. Recorded within a year, it consisted of eleven hip hop tracks, most of which included an appearance from a featured artist; a few standout titles include You Know Me, The Dog in Me, This Playboy, You Already Know, and Bounce With Me. A powerful debut from Bow Wowーwho was relatively unknown prior to its release, it entered the Billboard 200 at number eight and sold over 101,000 units during the initial week. Proving to be popular amongst fans of hip hop, Beware of Dog later crept up to the third position on the US Top R&B and Hip Hop Albums Chart.

Well-received by contemporary critics, the album’s tracks garnered much praise for its “pop-rap” elements and “endearing charm”. While some were less enthusiastic about the disc as a wholeーsuch as Robert Christgau who graded it as a “dud”ーthe general consensus was favourable. For instance, reviewers at AllMusic gave Beware of Dog an above average, a three and a half star rating. Later certified 2x Platinum by the RIAA for exceeding two million copies in sales, it eventually also saw the release of four singles: Bounce with Me, Bow Wow (That’s My Name), Puppy Love, and Ghetto Girlーtwo of which ended up topping the US Hot Rap Songs Chart.

A year later, Bow Wow dropped his second studio album, Doggy Bag (2001). His second record with So So Def and Columbia Records, it boasted thirteen tracksーa few titles include Get Up, Perfect Girl, Pic of the Litter, Up in Here, and Crazy Girls. Another successful venture for the artistーwho is now steadily increasing in popularityーit entered the US Billboard 200 at number eleven and achieved over 320,000 sales in the first week. Similar to his previous effort, it also included guest appearances from a number of music artists such as Fundisha, Lil Corey, Da Brat, Tigah and Xscape. A few weeks after its initial release, Doggy Bag went up to the eighth spot on the Billboard 200 and to the third position on the Top R&B and Hip Hop Albums Chart.

While it later went on to earn Platinum status from the RIAA for selling over a million copies, opinion on Doggy Bag was generally divided amongst listeners; while some weren’t overly enthusiastic about its length (as it only featured nine “actual” songs, not including interludes and intros), others lauded the album for its incorporation of pop-rap elements. On Allmusic, critics were more forgiving and gave it a three star rating; on the other hand, those at The Rolling Stone gave it two and a half stars. Nonetheless, it went on to produce two singlesーThank You (feat. Jagged Edge, Jermaine Dupri and Fundisha and Take Ya Home.

In the summer of 2003, Bow Wow released his third full-length album, Unleashed. Produced by The Neptunes, Lil Jon, Swizz Beatz, and Bink!, it also marked the first time that the artist created an album without the help of his long-time mentor, Jermaine Dupri. Upon its release on August 19, 2003, it debuted at the third position on the Billboard 200 and sold approximately 129,000 copies domesticallyーa significantly smaller amount compared to that achieved by his preceding works. Recorded between 2002 and 2003, Unleashed showcased thirteen tracks including The Don The Dutch, I Can’t Lose, I Got Ya’ll, I’m Back, and Follow Me. Much like his earlier albums, a handful of songs also featured various guests such as Baby, Mario, Amerie and Jagged Edge.

Shortly after its release, Unleashed also managed to climb to number three on the R&B and Hip Hop Albums Chart. In spite of its charting success however, it was met with generally mixed reviews. While many music critics appreciated the level of maturity that was displayed by Bow Wow in the disc, they felt that the artist was still struggling to find himself a defining style. Despite its underwhelming reviews, it eventually saw the release of two singlesーMy Baby and Let’s Get Down, which peaked at number forty-two and number fourteen respectively on the US Billboard 200. Since its original release, Unleashed has sold over 774,000 copies and have attained Gold accreditation from the RIAA. 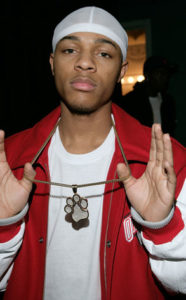 In 2005, the American rapper released his next studio album, Wanted under Columbia Records. His first album to contain uncensored profanity, it also saw the return of Jermaine Dupri in its production. On the opposite side of the dual disc, it contained sixteen music videosーmany of which featured enhanced stereo. Following its release, it debuted at number three on the Billboard 200 and sold over 120,000 copies during the first week.

Although Wanted did not garner stellar reviews from criticsーsome noting that he’s still “in transition”, many did appreciate Bow Wow’s charisma throughout the album. Overall, Entertainment Weekly gave it a mixed rating while USA Today presented it with two and a half stars. Having said that, two of its singlesーLet Me Hold You and Like You were highlighted as two of the best tracks by Angie Romero of Vibe Magazine. As of 2005, it has been certified Platinum in the United States.

Since then, Bow Wow has come out with two additional studio albumsーThe Price of Fame and New Jack City II in 2006 and 2009 respectively.

He hasn’t given up on musicーnot quite yet at least. Bow Wow announced in August 2016 that he has an upcoming studio album entitled, NYLTH which is set to hit stores sometime in 2017. His first album in eight years, it will unfortunately, also be his last as he plans on retiring from music making after its release. According to the star himself, the album will be produced by none other than Snoop Dogg and himself.

On the acting front, he’s been busy filming for a thriller, Superstition: The Rule of 3’s (2017) these past few months. Written by Jeffery Reddick, it will also be starring Amanda Cerny, April Billingsley, and Ludacris. While no official release date has been released as of yet, it’s probably safe to assume that it will come out in 2017.