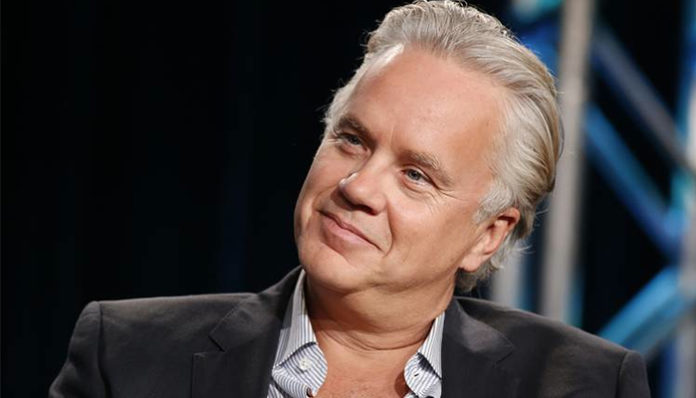 Academy Award-winning actor Tim Robbins is best known for his role as Andy Dufresne in the film, The Shawshank Redemption (1994). The son of a folk singer, he first delved into the world of acting in his teen years. A part of the Theater for the New City, he participated in several productions during his youth including an adaptation of The Little Prince. After graduating from college, Robbins establish an experimental theater group called the “Actor’s Gang” with a couple of acting friends. Having honed his skills, the aspiring actor eventually made his television debut in the drama series, St. Elsewhere (1982), appearing in a handful of episodes. Some of his other early works include At Ease (1983), Quarterback Princess (1983), Legmen (1984), Hardcastle and McCormick (1984), The Love Boat (1984), Moonlighting (1985) and Howard the Duck (1986), to name a few. A number of small, minor roles later, Robbins was given a breakthrough role in the baseball film, Bull Durham (1988) where he starred alongside Kevin Costner and Susan Sarandon. A major hit, it effectively kick started the actor’s burgeoning career.

From there, Robbins went on to receive critical acclaim in Robert Altman’s satirical comedy, The Player (1992). A massive box office success, the film ultimately helped to boost the actor’s rising fame even further. Two years later, he returned for yet another blockbusterーan adaptation of Stephen King’s novella, The Shawshank Redemption (1994), which earned seven Oscar nominations and two Golden Globe nominations. Since then, Robbins has starred in many high-profile films such as Dead Man Walking (1995), Cradle Will Rock (1999), Mystic River (2003), and The Secret Life of Words (2005). Aside having won the Academy Award three times, the multi-talented and versatile artist has also been recognized with four Berlin International Film Festival Awards, a Boston Society of Film Critics Award, a Critics Choice Award, a Chicago Film Critics Association Award, a Gold Derby Award, amongst numerous others. In 2008, Robbins was also presented with a star on Hollywood’s Walk of Fame. In the thirty plus years that he’s been a part of the show business, he has appeared in well over 70 different roles.

However, acting isn’t the only thing that he’s good atーRobbins has also directed a number of projects throughout his professional career. In 1992, he made his directorial debut with the satirical mockumentary, Bob Roberts. A few of his other works as a director include Queens Supreme (2003), Embedded (2005), Possible Side Effects (2009), Treme (2011), and The Brink (2015). A well-known celebrity of the entertainment industry, Robbins has been invited to guest star in dozens of TV talk shows including Ellen: The Ellen Degeners Show (2003), NY Graham Norton (2004), The Late Late Show with Craig Kilborn (2004), Late Night with Conan O’ Brien (2005), and The View (2006).

So what has the 58-year-old actor been up to recently? What are some of the latest TV shows and films that he’s appeared in? What happened to Tim Robbins? Where is he now in 2018? 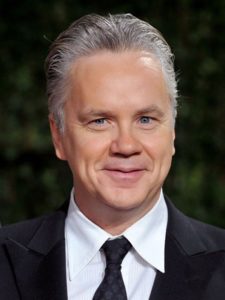 Born on October 16, 1958, in West Covina, California, Tim Robbins (Birth Name: Timothy Francis Robbins) is the son of Gilbert Lee Robins and Mary Cecelia, both of whom worked in the entertainment industryーwhile his mother worked as an actress, his father was both a musician and actor.

Raised in a Catholic household with his two sisters and brother, Robbins moved with his family to Greenwich Village in the west side of Lower Manhattan when he was a young boy. As a teen, he began developing a fondness for acting; later delving deeper into the interest, he joined the Theater for the New Cityーone of New York City’s biggest Off-Off Broadway Theatersーwith whom he took part in a handful of plays. For instance, he starred in a musical adaptation of The Little Prince as an adolescent.

Following his graduation from the University of California, where he studied drama, he established an experimental theater group known as the “Actor’s Gang” with a few friends from his university softball team. After a few years of refining his skills, Robbins landed his first professional acting role in the television series, St. Elsewhere (1982). Continuing to attend auditions, he eventually found himself playing various small roles in At Ease (1983), Quarterback Princess (1983), Hardcastle and McCormick (1984), Toy Soldiers (1984), Malice in Wonderland (1985), and Top Gun (1986). In 1988, a huge opportunity presented itself to Robbins in the form of a baseball filmーBull Durham as it was called, offered him a chance for him to showcase his talents as one of the movie’s starring characters. 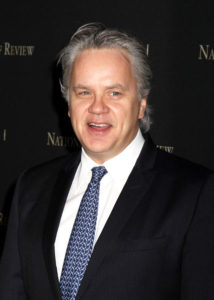 Based on the real life minor league experiences of director and writer Ron Shelton, Bull Durham starred Robbins as Ebby Calvin LaLooshーa rookie baseball pitcher who trains under the wing of veteran catcher, Crash Davis (played by Kevin Costner), in attempts of making it to the major leagues. As the film progresses, Ebby eventually finds himself starting a relationship with a “baseball groupie” by the name of Annie Savoy (played by Susan Sarandon). Aside from the three main cast members, Bull Durham also featured Trey Wilson, William O’Leary, Robert Wuhl and Danny Gans.

Released theatrically on June 15, 1988, the romantic comedy grossed approximately $5 million in its opening weekend across 1200 theaters. Met with favourable reviews, Dull Durham received many praises for its stellar screenplay and expert performance from the cast. Named as “The Best Screenplay of 1988” by the New York Film Critics’ Circle, it was highlighted in numerous publications including on Entertainment Weekly, and Bravo Magazine. The first major blockbuster that Robbins had been a part of, Dull Durham did a spectacular job at kicking off his budding career, it also garnered him much recognition as an up-and-coming actor.

Robbins’ next big role came four years laterーwhen he was cast as a principal character in the satirical comedy, The Player (1992). Based on a novel of the same title, it saw the actor as Griffin Millーa Hollywood film studio executive who kills an aspiring screenwriter based on the assumption that he’s been sending him death threats. With time however, he discovers that he has actually killed the wrong man; to make matters worse, he has a stalker that knows everything that he has committed. Boasting an all-star cast list, the film also starred Greta Scacchi, Fred Ward, Whoopi Goldberg, Peter Gallagher and Brion James.

Released in theaters on April 10, 1992, The Player proved to be a major success; after grossing over $1.1 million across 450 screens in the United States, it went on to earn more than $21 million altogether worldwideーa large amount compared to its production budget of just $8 million. Overwhelmed with nothing but positive reviews, the movie has since been hailed as one of the greatest Hollywood satires. Recognized for the amazing effort that he put into his performance, Robbins portrayal of the main lead also garnered him much applause. In fact, the role later earned him a Golden Globe Award for the category of “Best Performance by an Actor in a Motion Picture” the following year. 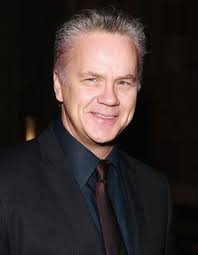 In the winter of 1995, Robbins worked alongside Sean Penn and Susan Sarandonーthe latter of whom he’d worked with previously in Bull Durhamーin the crime drama film, Dead Man Walking. However not as an actorーbut as a writer, director and co-producer. Based on a non-fiction book from 1993, it depicted the unique relationship between Matthew Poncelet (played by Penn), a prisoner in death row for murder and Helen Prejean, a Catholic nun.

Debuted on December 29, 1995 in the United States, Dead Man Walking grossed well over $3.5 million during its opening week across 700 screens. A commercial success, it received stunning reviews from critics and viewers alike, most of which lauded it for its top-notch acting and powerful characters. A family affair for Robbins, who served as the film’s director, it featured the actor’s father, Gil Robbins as Bishop Norwich, and his mother Mary Robbins, as a governor aide. To top it all off, his brother David Robbins also helped to compose the score for the movie. An extraordinary piece of work, Dead Man Walking took in over $83 million by the end of its theatrical runーhowever, not before receiving its fair share of industry awards. Amongst the twenty one accolades that it garnered, was an Oscar (e.g. Best Director) and a Golden Globe (e.g. Best Screenplay in a Motion Picture) for Robbins.

As an actor, Robbins’ next big break came in 2003 when he was cast as a main character in Clint Eastwood’s mystery drama film, Mystic River. Adapted from a novel of the same title by author Dennis Lehane, it starred the actor as Dave Boyleーa blue-collar worker who was sexually assaulted after being abducted while playing with his friends as a young boy. Although the incident happened 25 years ago, the past continues to haunt him at present time. Aside from Robbins, Mystic Rivers‘ cast list also included Sean Penn, Kevin Bacon, Laurence Fishburne, Marcia Gay Harden and Laura Linney.

Released on October 15, 2003 to widespread acclaim, the movie went on to earn over $156 million worldwide in ticket sales altogetherーwith $90 million stemming from the United States. A box office success, it received nothing but positive reviews from both casual theater goers and contemporary film critics. Hailed as one of Eastwood’s greatest pieces of work, Mystic River was described as a masterpiece by countless individuals. Perhaps one of the biggest hits that Robbins has been involved with, it won two Oscarsーone of which went to the actor for “Best Actor in a Supporting Role”ーand two Golden Globe Awardsーone of which also went to Robbins for “Best Performance By an Actor in a Supporting Role”ーamongst over a hundred different nominations.

Since then, Robbins has continued to appear in a wide variety of films including Tenacious D in The Pick of Destiny (2006), Noise (2007), The Lucky Ones (2008), Green Lantern (2011), Cinema Verite (2011), and Life of Crime (2014) to name a few. In 2014, he was also involved with a television mini-series called, The Spoils of Babylon where he co-starred alongside Kristen Wiig, Tobey Maguire and Jessica Alba.

Later this month, Robbins will be making an appearance in a sci-fi film called Marjorie Prime (2017) as one of its lead characters. Directed and written by Michael Almereyda, its story is adapted from the Pulitzer Prize-nominated play of the same title. According to a preliminary synopsis, the movie will revolve around a woman who is given a chance to spend time with a younger version of her deceased husband through a provided holographic projection service. Joining the actor in the movie will be Jon Hamm, Geena Davis, Lois Smith and Stephanie Andujar. It is currently set to premiere at the Sundance Film Festival on January 23, 2017.

Aside from that, it doesn’t look like the actor has anything planned for the upcoming year at the momentーor at least nothing has been released to the public as of yet.

If you’d like to stay connected with the Hollywood star, be sure to follow him on social mediaーyou can find Tim Robbins on Twitter at @timrobbins1.