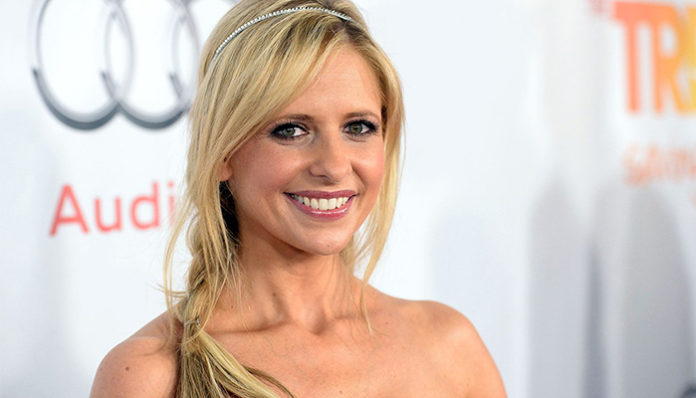 Raised in New York, actress Sarah Michelle Gellar is best known for her performance in The WB series, Buffy the Vampire Slayer. When she was four years old, she was scouted by a talent agent while dining at a restaurant in Upper Manhattan. Encouraged to pursue television auditions, she eventually appeared in a handful of commercials including one for Burger King. At the age of six, she made her small screen debut in the TV film, An Invasion of Privacy (1983) after impressing the directors with her ability to read her own lines. Continuing on her path to become a young star, she went on to appear in a number of projects including Over the Brooklyn Bridge (1984), Spenser: For Hire (1988), Funny Farm (1988), William Tell (19988), and High Stakes (1989). Following a recurring role in the mini-series, A Woman Named Jackie (1991), Gellar received her first starring role in the teen series, Swans Crossing (1992). The next year, she was met with a huge opportunity when she was offered a lead part in the soap opera, All My Children (1993).

Talented beyond her age in front of the camera, her performance in the series earned her many compliments from within the industryーin fact, it later won her a Daytime Emmy Award for the category of “Outstanding Younger Actress in a Drama” in 1995; she was eighteen years old at the time. After starring in a made-for-television film in 1997, Gellar received perhaps the biggest break of her career when she was cast as the title character in the teen drama, Buffy the Vampire Slayer (1997). Hugely popular amongst TV viewers, it ultimately helped to boost her already rising level of fame. Following her time on the series, the actress guest starred in several shows such as The Simpsons (2004), Robot Chicken (2005), Ringer (2011), and American Dad! (2011), to name a few. In the late 2010’s, she also starred in the CBS sitcom, The Crazy Ones (2013) where she played alongside Robin Williams, James Wolk, Amanda Setton and Hamish Linklater.

On film, Gellar first appeared in the comedy movie, Over the Brooklyn Bridge (1984) at the age of sevenーhowever, it was an uncredited role. It wasn’t until 1989, that she landed her first credited part in the motion picture, High Stakes (1989). From there, the young actress took a prolonged absence from the big screen in order to focus on television; she later returned in the slasher film, I Know What You Did Last Summer in 1997, where she was joined by Jennifer Love Hewitt, Ryan Phillipe and Freddie Prinze, Jr. as one of the main cast members. Since then, she has also starred in Scream 2 (1997), Scooby-Doo (2002), The Grudge (2004), The Return (2006), the list goes on.

So what has the brunette been up to in the recent months? Is she still up-and-going in the show business? What are some of the latest roles that she’s picked up? What happened to Sarah Michelle Gellar? Where is she now in 2018? 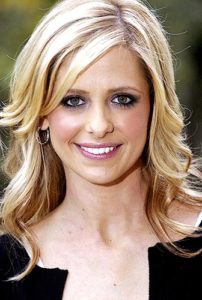 Born on April 14, 1977, in New York, Sarah Michele Gellar is the daughter of Arthur Gellar and Rosellen Greenfield, a garment maker and a school teacher. When she was still a preschooler, she was scouted by an agent while dining with her parents in Upper Manhattan. Encouraged to pursue auditions, she eventually began appearing in a number of television commercialsーincluding one for Burger King, which unfortunately sparked some controversy for its content.

Continuing to put herself out there in the show business, she later landed a role in the made-for-television film, An Invasion of Privacy at the age of six; it also served as her small screen debut. Despite her optimistic career as a young actress at the time however, her parents soon divorced the following year. Consequently, she moved to live with her mother in the Upper East Side of New York City. Raised solely by her single mother, Gellar quickly lost contact with her father; the two ultimately remained estranged up until his passing in 2001.

A multi-talented young girl, the brunette was also a competitive figure skater, and a black belt in Tae Kwon Do. As a teen, she went to Fiorello H. LaGuardia High School of Music & Art briefly, however was ultimately forced to drop out due to her busy schedule as an actress. Gellar later attended Professional Children’s School from which she later graduated from in 1994. After making her TV debut in An Invasion of Privacy, she appeared in an uncredited role in the feature film, Over the Brooklyn Bridge (1984). After taking a short break from acting to focus on her studies, she guest starred in a couple of series including Spenser: For Hire (1988), and Crossbow (1988). Another couple of small roles later, the aspiring actress received a big break when she was cast as one of the main leads in the teen drama, Swans Crossing (1992). 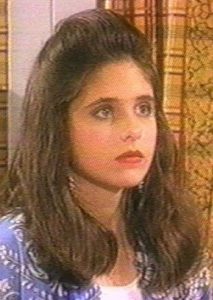 Created by Mardee Kravit and Ned Kandel, Swans Crossing marked the first time that Gellar played a starring role on television. Directed by Noel Black, it centred around a group of well-off teenagers who stir up scandal in their small, fictitious town of Swans Crossing. Portraying the series’ main female lead, the actress took on the role of Sydney Rutledgeーthe daughter of the town mayor who shares a secret friendship with the son of her father’s political rival, Grant Booth, who also happens to be her next door neighbour. In addition to Gellar, Swans Crossing also starred Shane McDermott, Brittany Daniel and Tom Carroll.

Originally premiered on June 29, 1992, the teen drama proved to be a hit amongst young adolescents. Popular for its elements of comedy, it earned rave reviews from many viewers and critics. Filmed at Queen’s Kaufman Astoria Studios, it ran for a total of three monthsーduring which 65 episodes were broadcasted. Despite its popularity however, Swans Crossing ultimately came to an end in September of 1992, much to the dismay of fans. While it was Gellar’s first major role, her portrayal of Sydney proved to be applause-worthy. A year after its broadcast, the soap opera earned her two Young Artist Award nominationsーone for “Best Young Actress in an Off-Primetime Series” and another for “Best Young Actress in a New Television Series”.

Sarah Michelle Gellar as a Lead Character in All My Children 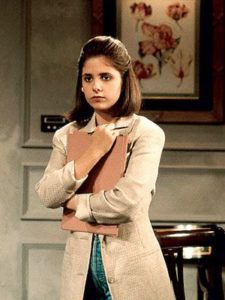 A year later, Gellar was cast in her second consecutive lead role in the ABC soap opera, All My Children. Created by television producer Agnes Nixon, the long-running series originally featured Erica Kane and her long line of love interests. The first daytime show to debut in the 70’s, it starred the actress as Kendall Hartーa character that first made her debut in the spring of 1993. The daughter of Eric Kane, she quickly captured the hearts of viewers with her heroine personality. Joining the show’s as a main cast member, Gellar played the role for a total of 29 episodes; her character eventually made her last appearance in the episode that aired on August 2, 1995. Having said that, she did come back to guest star in an episode in 2011.

Originally aired on January 5, 1970, All My Children has run for over 10,000 episodes since it first hit the screens. Watched by millions across the country, its success was unrivalled during the late 70’sーin fact, it was ranked number one according to the daytime Nielsen ratings. Despite its initial popularity however, its viewership eventually began to declineーas with many soap operasーin the subsequent years. Due to its low ratings, it was cancelled in 2013. Nonetheless, the show garnered Gellar a prestigious Daytime Emmy Award in 1995 for “Outstanding Younger Leading Actress in a Drama Series”, amongst two nominations. 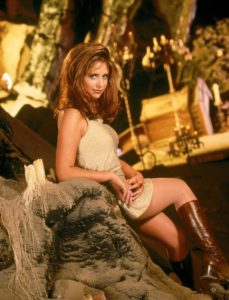 In 1997, Gellar landed her most famous role yet in the fantasy series, Buffy the Vampire Slayer. Created by Josh Whedon, it centred around a girl named Buffy Summers (played by Gellar) who struggles to balance her teenage life with her destiny of fighting against demons and vampires.

Like the previous “Slayers” before her, she is accompanied by a Watcher who helps to train, guide and teach her; unique to her however, she is also aided by a loyal circle of friends whom she calls the “Scooby Gang”. One of her best remembered portrayals on television to this date, Buffy the Vampire Slayer also featured Nicholas Brendon, Charisma Carpenter, Alyson Hannigan and Anthony Stewart Head.

Released on March 10, 1997, Buffy the Vampire Slayer was met with critical acclaimーit easily garnered up to six million audience member every week during its airing. A huge success for The WB, who was still a relatively small network at the time, it has been praised by many big-name publications including The Hollywood Reporter, Empire Magazine and TV Guide. Quickly gaining a loyal fan base, it received numerous industry recognitions including three Primetime Emmy Awards and an Oscar nominationーthe latter of which went to Gellar. Lauded as one of the 100 Greatest TV Shows of all time, the supernatural drama ran for six yearsーspanning a total of 144 episodes. For her portrayal of Buffy, the actress also received a Saturn Award amongst four nominations.

Several guest appearances on television later, Gellar returned as a lead character in The CW series, Ringer (2011). Produced in part by the actress herself, the show centred around a young woman who after testifying against a local crime boss, finds herself fleeing from Wyoming in fear of her safetyーin an effort to protect herself, she later poses as her wealthy yet estranged twin sister. Unlike her previous work, Ringer starred Gellar as two main characters; that is, she played both the part of Bridget Kelly and her sister, Siobhan Martin. Joining her in the show, Kristoffer Polaha, Ioan Gruffudd, Mike Colter and Nestor Carbonell were also regulars on the series.

Released on September 13, 2011, Ringer garnered many mixed reviews; in spite of this however, Gellar received numerous praises for her portrayal of the two sisters. After a twenty-two episode run, the neo-noir thriller came to an end on April 17, 2012. 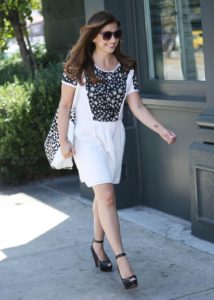 In 2016, Gellar starred in Cruel Intentions, a series pilot that was originally created for NBC. The sequel to Cruel Intentions (1999), which the actress also took part in, it takes place fifteen years after the events of the original film. Directed and written by Roger Kumble, its cast also included Taylor John Smith, Peter Gallagher, Coby Bell and Samantha Logan. Despite having been produced however, it was later announced that NBC had passed on the pilot in October 2016.

Besides that, she was also featured in a few talk shows such as Home & Family (2016), Hollywood Today Live (2016) this past year. In terms of acting endeavours however, it doesn’t look like she has anything planned for 2018ーat least, anyways. But the year just started, so we’ll just give it some time.

If you’d like to stay up-to-date and connected with the award-winning actress, you can do so by following Sarah Michelle Gellar on Twitter or Instagram at @GellarMGellar.