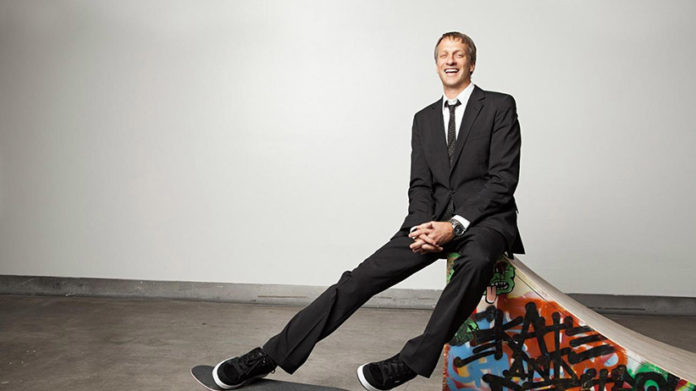 Typically, getting invited to the White House means that you are a person with experience in politics. Over the centuries, foreign dignitaries, congressmen, generals and countless staff members have graced the ivory halls of one of the most secured buildings on the planet. To have the opportunity to meet the President is a privilege that only the most elite members of society get to experience. Imagine Tony Hawk’s surprise when he got his invitation. It’s not every day that a professional skateboarder gets invited to the White House. Tony Hawk, a kid from California best known for his skateboarding talents, invited to stand in the same presence as the leader of the free world? After such a monumental event, what exactly happened to him?


Tony’s path to greatness began early. He was born on May 12, 1968 in Carlsbad California and was raised in San Diego. Even at a young age, his hyperactivity manifested itself to his family. He even suffered from anxiety, especially when it came to completing tasks. His anxiety had reached a point where he once had to be physically coaxed out of a hiding spot when he struck out in a baseball game. After being evaluated by councilors, they discovered that he had been gifted with an I.Q. of 144. Tony found himself placed in more advanced classes to challenge him, though they rarely did. He attended Jean Farb Middle School from 1980 to 1981, to much success, but he didn’t discover his true passion until his early teens.

Burdened with an excess of energy and time, Hawk turned to more physical activities and soon discovered skateboarding. Through constant practice, young Tony attracted attention by performing stunts well beyond what a small boy should be capable of. At the age of 12, he was winning contests across the state. With the support of his parents, his skills with a skateboard quickly improved, and by the age of 14 he had gone pro. By the age of 16, he became one of the best competitive skateboarders in the country. By adulthood, he had competed in over 100 professional contests, winning 73 and placing second in 19 of them. This legendary winning streak established records that still haven’t been broken to this day. For twelve years he was the National Skateboard Association’s world champion, and it was all through his hard work and drive.

His journey to success was hard fought, however. While he made more money than his teachers from royalties and from performing at contests around the country, his income shrank dramatically when interest in skateboarding as a sport began to drop unexpectedly. He soon found himself living by the skin of his teeth on a minimum-wage budget and a fast food diet. 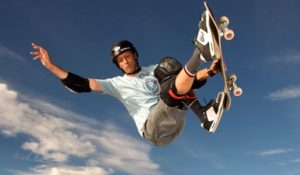 Despite sudden and unexpected financial hardships, Tony refused to give up Skateboarding. When his peers began to move on from skateboarding to options more financially stable, Tony never stopped believing in the sport. With the help of a friend, he refinanced his home and launched his first company, known as Birdhouse Projects. Birdhouse faced an uphill struggle, filled with financial hardships and uncertainty. Fortunately, his hard work would pay off again in the early 90s. A resurgence of skateboarding popularity brought new interest to the sport—and to Birdhouse. The small company in time became one of the biggest and most celebrated skateboard companies in the world, courtesy of endorsement deals signed by Tony. The financial success of this also lead to other lucrative business ventures for Tony, namely Hawk Clothing, a skate clothing company designed with children in mind.

Not content with the clothing industry, Tony branched out into more technological fields. Partnering with Activision in 1999, the Tony Hawk’s Pro Skater video game series was born. It quickly became one of the most popular franchises in the world. Currently, it has surpassed $1.4 billion in sales, a number that continues to climb to this day.

Financial successes from his businesses were not enough for Tony, however, who continued to impress audiences with tricks and feats as a professional skater. His greatest feat occurred at the X Games in 1999. After 10 years of practice and mishaps, Tony successfully landed a 900, a 2 ½ revolution aerial spin. In doing so, he made history as the first skateboarder ever successfully complete one of the most demanding trick in skateboarding. Accomplishing this, on national TV no less, propelled him into the public eye as a celebrity.

At this point, having accomplished so much on a personal and business level, that he had reached his peak. Though he continued to tour and put on exhibitions at skate and theme parks across the word, the 1999 X Games saw the end of competitions for Tony. His tours would include the world’s best skaters, BMXers and motocross riders. To this day, his shows continue to draw attention from aspiring skaters and fans alike.

His fame doesn’t come from his celebrity alone, however. Tony founded the Tony Hawk Foundation in 2002 to help finance public skate parks in low-income areas. It has donated over $5 million to hundreds of skate parks across the country since its creation. It aims to help provide a means for a new generation of skaters to pursue their hobbies. Every year, it infuses and revitalizes the aging sport with fresh faces and new blood. 2007 was also the year in which Tony teamed up with numerous other athletes (notably Muhammad Ali, Lance Armstrong and Mia Hamm), to found “Athletes for Hope,” a charitable organization designed to inspire people to support their communities with the help of professional athletes.

Recognition of his achievements and philanthropy came in 2009. President Obama invited him to the white house, bringing this story full circle. 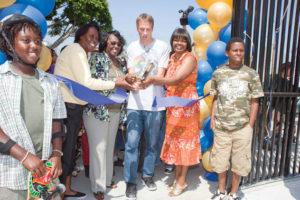 Tony Hawk never exactly lost popularity. He just pulled himself back from the public eye to focus on other things. In recent years, he has been sticking to his philanthropy, while occasionally performing stunts and demos. As of 2017, the Tony Hawk Foundation has helped inspire millions of kids interested in skating to pursue their dreams. At the age of 48, Birdhouse is still as successful as ever. A constant influx of royalties from his video games have secured a future for him and his family. Recently, Tony has expanded into content creation online. Content created by his own film company, 900 Films, for Ride Channel on YouTube goes online daily. The channel showcases the feats of aspiring skaters to inspire younger skaters to push on and work hard as Tony.