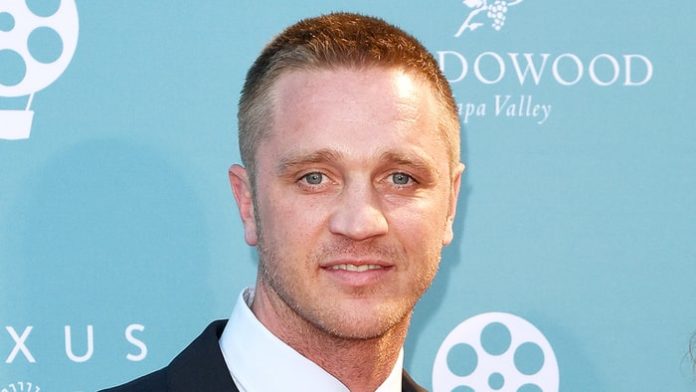 Hailing from Vancouverーaka Hollywood North, Canadian actor Devon Sawa starred in multiple films as a teen including Casper (1995), Wild America (1997), and Idle Hands (1999). His love for acting first began to surface after he took part in a school play as a kindergardener. Eventually participating in various stage plays, it wasn’t long until he caught the attention of a casting agent who noticed his talents and potential. From there, he soon landed a television gig appearing in a commercial for Nerf Toys while he was still in grade school. At the age of eleven, Sawa made his television debut in the NBC series, Unsub (1989). A few years later, he appeared in a few episodes of the Canadian drama, The Odyssey (1992)ーit was also his first recurring role on the small screen. Over the next few years, the aspiring artist made a handful of appearances in a number of TV films including Sherlock Holmes Returns (1993), Night of the Twisters (1996), and Robin of Locksley (1996).

At the age of sixteen, Sawa made his big screen debut in the sports comedy film, Little Giants (1994), where he played alongside Rick Moranis and Ed O’Neill. After a couple of small appearances in Casper (1995), and Now and Then (1995), he received his first starring role in the crime thriller, The Boys Club in 1997. Continuing on with his burgeoning acting career, he later starred in the movies, Wild America (1997), Idle Hands (1999), and Final Destination (2000), to name a few. In the 2000’s, he appeared in sundry big screen productions including Slackers (2002), Extreme Ops (2002), Devil’s Den (2006), and Creature of Darkness (2009). A talented actor with over forty credits on his IMDb page, Sawa has received multiple industry accolades for his work; aside from the Saturn Award which he won in 2001 for his portrayal in Final Destination, he has also been nominated for a Teen Choice Award (e.g. Most Disgusting Scene), a Young Artist Award (e.g. Best Performance in a TV Movie) and a Blockbuster Entertainment Award (e.g. Favourite Actor in a Horror).

After a prolonged period of appearing in films, Sawa began to take part in various TV shows in the early 2010’s. In 2010, he guest starred in an episode of the popular action drama, NCIS: Los Angeles. Following that, he was selected to be a series regular in The CW psychological thriller, Nikita (2010)ーa character whom he ultimately played for three years. More recently, the actor has appeared in the made-for-television films, Broad Squad (2015), and Animal Kingdom (2015). In 2016, he also made a special appearance in the TV series, Real Detective.

So what has the Canadian actor been up to since then? Is he still acting full-time? If so, has he been focusing on film or television? What are his latest endeavours? What happened to Devon Sawa? Where is he now in 2018? 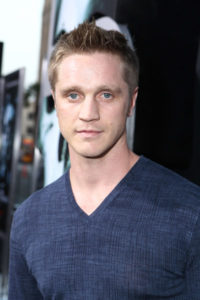 Born on September 7, 1978 in Vancouver, British Columbia, Devon Edward Sawa is the son of Edward and Joyce Sawa, the former of whom worked as a mechanic; the youngest out of three children, he has two older siblings. As a young boy, he first fell in love with acting after participating in a school play in kindergarden.

Itching to step foot onto the stage again, he eventually took part in a number of stage productions in his hometown of Vancouverーit was during one of these performances that he caught the eye of a casting agent who happened to notice his potential as a young star. While still in grade school, Sawa landed a handful of commercial gigsーincluding ones for children’s action toys. By the time he was eleven, he made his television debut in the drama series, Unsub (1989).

A few years later, Sawa received his first recurring role in the Canadian adventure series, The Odyssey (1992), where he appeared in three episodes. The young actor then went on to play a small role in the television film, Sherlock Holmes Returns (1993) before making his feature film debut in the sports comedy, Little Giants (1994). Some of his early projects on the big screen include Casper (1995), Now and Then (1995), and The Boys Club (1997). In 1997, Sawa was also cast as a lead role in the adventure flick, Wild America.

While it wasn’t his first Hollywood project, it was the actor’s first time starring in a motion picture. Directed by William Dear, it centered around three brothersーMark, Marty and Marshall (played by Sawa, Scott Bairstow and Jonathan Taylor Thomas respectively) who shared a dream of becoming one of the world’s greatest animal photographers. Based on the life of Marty Stouffer, a wildlife documentarian, the movie followed the siblings as they travel through America one summer to film various animals such as moose, bears and alligators. Besides the aforementioned actors, Wild America also featured Frances Fisher and Jamey Sheridan.

Released in theatres on July 2, 1997, Wild America grossed over $2.8 million in its opening weekend across 1800 screens. Met with generally positive reviews, the film garnered it’s teen idols much recognition; in addition to that, its wildlife shots also earned it much applause from viewers and critics. A successful hit for Sawaーwho was still a budding actor at the timeーit went on to gross more than $7.3 million altogether by the end of its run. 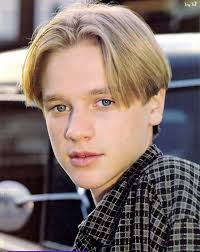 In the spring of 1999, Sawa worked with director Rodman Flender in the comedy horror, Idle Hands. Featuring a storyline written by Ron Milbauer and Terri Hughes, it revolved around the life of a stoner teenager by the name of Anton Tobiasーwhose hand goes on a killing spree after being possessed, even after being cut off from his arm. The title of the film is based on the saying “idle hands do the Devil’s work”. Other cast members of Idle Hands included Seth Green, Elden Henson, Jessica Alba and Vivica A. Fox.

Originally released in theatres on April 30, 1999 in the United States, Idle Hands grossed approximately $1.8 million during its initial week across 1600 screens. Despite its all-star cast however, the film was ultimately a commercial flopーearning just a little over $4 million from a production budget of $25 million. Upon its release, the horror flick was critically panned by criticsーmany of whom criticized it for neither being funny nor scary. Still, Idle Hands managed to acquire a cult following over the years and has sold reasonably well on DVD; many casual movie watchers also gave the film reasonably positive reviews. At the end of everything, the film earned Sawa a Saturn Award nomination for “Best Performance by a Younger Actor” and a Teen Choice Award nomination for “Most Disgusting Scene in a Film”.

A few months after the new millennium, Sawa received a big break when he was cast as the starring character in the supernatural horror film, Final Destination (2000). The first instalment of the franchise, it featured the actor as Alex Browningーa high school student who has a horrifying vision of him and his friends dying in a plane accident. While he managed to prevent the crash, he is terrified to know that Death is ultimately still hunting them down one by one. Besides Sawa, the thriller’s cast list also included Ali Larter, Kerr Smith, Tony Toddーall of whom also played lead roles. 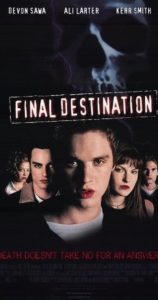 Originally screened on March 17, 2000, Final Destination proved to be a major commercial success. Upon its premiere, it earned more than $10 million in its opening weekend and ranked number three on the United States box office. Although its ranking eventually dropped in the subsequent weekends, it managed to reap in over $112 million across the world by the end of its runーover five times that of its production budget of $23 million.

Despite being a financial hit however, opinion on Final Destination was divided; while some panned it for its crude plot and underwhelming acting, others lauded it for its plot twists and suspenseーfor instance, Roger Ebert of the Chicago Sun-Times have the film a three out of four star rating, having enjoyed the film. The winner of a Saturn Award for “Best Horror Film” later that year, Final Destination remains to be one of the highest-grossing movies that Sawa has starred in throughout his career. For his acting, he received a Saturn Award for “Best Performance by a Younger Actor” as well as a Blockbuster Entertainment Award nomination for “Favourite Actor in a Horror”.

Making its way to theatres on February 1, 2002, Slackers earned more than $2.7 million during its opening weekend, taking the eleventh spot at the box office. Despite its promising performance, its run eventually ended just two weeks later on February 14, 2002; by then, it had earned a little over $6.4 million worldwideーmaking it a financial failure, as it was created on a $14 million budget. Met with multiple negative reviews, Slackers was generally panned by audience members for its uneventful plot and low grade comedy.

After several guest appearances on television, Sawa landed a role as a series regular on The CW psychological thriller, Nikita. A reboot of La Femme Nikita (1997), it focused on a young woman named Nikita who after escaping from a secret government organization known as “The Division”, returns after a period of three years in order to bring it down. While actress Maggie Q took on the role of Nikita, Devon Sawa played the part of Owen Elliot, a character who joins the cast as a main lead starting from the third season. Altogether, he starred in 32 episode of Nikitaーhis last appearance being in the series finale, “Canceled”, which aired on December 27, 2013. 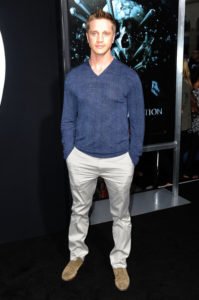 Sawa hasn’t appeared in too many projects latelyーlooking at his IMDb page, he most recently appeared in the TV documentary, Real Detective (2016) and in a small role in the comedy film, Punk’s Dead: SLC Punk 2 (2016) last year. Since then he really hasn’t starred in many movies nor television shows. Will he be appearing in any new projects in 2017? Only time can tell.

Having said that, we do know that him and his wife, Dawni Sahanovitch recently welcomed their second child, a daughter named Scarlett Heleena on March 21, 2016. Considering this, he may just be a little busy at home with their new addition; the couple also has a son named Hudson who was born on January 9, 2014.

If you’d like to stay up-to-date and connected with the actor, you can do so by following Devon Sawa on social mediaーyou can find him on Twitter at @DevonESawa.