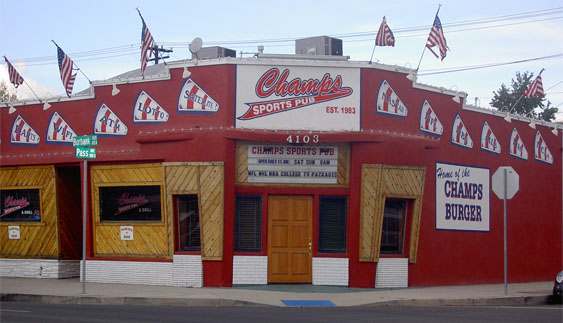 In 1983, former teacher Joe cashed in his life savings to open Champs, the first sports bar in Burbank, California. Joe had always been a fan of sports his entire, and within five years of opening, the bar was packed and people were pouring in. They were doing about $60,000 a month in profit, and Joe eventually checked out to let Helen run the financial end of things. Helen, however, feels that the bar is failing and the numbers do not lie. In an attempt to rejuvenate the bar, they brought in youthful staff to draw a younger crowd. The younger crowd says that they will buy drinks for customers, but in the end, it is Joe that is eating the costs. They are only 6 months away from closing, so Joe and Helen have reached out to Jon Taffer to help save them.

Burbank, California has a population of $100,000 making on average $67,000 per year. Burbank caters to a hip, young entertainment crowd, and only a few blocks away from the most famous television companies in America sits Champs. Jon Taffer has called in Brian Hill, a chef and fellow restaurant-owner, to come and perform recon with him. The first thing Jon points out is the dated megaphones and design of the bank, and Brian agrees – Champs Sports Bar gives you a feeling that you should keep walking and not stop to grab a cold one. Brian enters the bar to perform recon for Jon.

Inside Champs Sports Bar, Brian enters a bar – Champs is a 3400 square foot bar with a linear bar, and a dedicated viewing station that is lined with televisions to watch numerous sports games at once. The customers immediately begin complaining that a beer does not have a foam head on it, due to the inexperience of the bartenders. Brian enters and asks for a drink list, but the bartender asks what type of drink he is interested in – there are no beer lists. Brian orders a scotch and soda, but points out that his bartender gave him a solid pour of alcohol since she needs to make tips at the end of the day. Brian asks what she recommends, and the bartender explains that the burgers are good because they can’t mess those up. Rachel, another bartender, recommends to avoid the Philly cheesesteak sandwich. So, Brian orders a burger and a side of nachos.

The nachos are flooded with cheese – the cheese is sour, and the chili is absolutely disgusting. It is a horrible mix, Brian explains to the viewers. His burger comes, and he takes one bite and spits it out into a napkin. The situation is really, really bad, so Brian calls in Jon. The bartender is overpouring times four, and the patty is frozen and tasteless. Jon urges Brian to get out so he can get to work.

Jon enters the bar and meets with Joe and Helen in their office. In their hayday, they were doing $60,000 a month in profit, and now they are struggling to make $40,000 a month in sales. Helen admits that it is demoralizing, and the last two years were a reality check due to the competition that has coming in. Jon explains that they have been impacted by competitive intrusion, and says that he thinks the bar could be profitable. He brings a company’s reports, and the company has a method of weighing the liquor bottles every day, then going into the cash registers and knowing everything that was sold. More than $1,640 in liquor was given away at Champs Sports Bar, and they sold only $2,400 – they should have made more than $4,000 off liquor sales alone. Joe admits that this knowledge hurts deeply.

Jon calls the staff together and forces the bartenders to apologize to Joe and Helen for taking liquor and giving it away. The only reason the bar is still functional is due to the high income nature of the area. A bartender feels that she loves her regulars – Joe points out that Rachel made $3 to $400 in tips while Joe only made $900. Jon is upset with her attitude and explains that Joe needs to stop making excuses for the bartenders since Rachel is the one stealing from them. Rachel walks out due to Jon ending her business.

Jon brings in two experts to help with Champs; Tobin Ellis is a world-class mixologist with 22 years of experience, and Brian Hill, the chef that performed reconnaissance, will help rejuvenate the kitchen. Brian has more than 20 years experience as a chef. Brian is in charge of fixing the kitchen, and Tobin is in charge of fixing the bar. Jon takes a walkthrough of the entire bar, and Tobin starts by saying that there are immediately sanitation issues at the bar – you can pick up the pour spouts and feel how sticky and gross they are, and there is a swarm of flies hanging around the sinks. There is no proper system in place to keep the bartenders accountable for making proper deposits at the end of their night.

In the kitchen, Jon and Brian look and find a grease drip with serving papers directly under it. Grease is dripping onto the serving papers, which is a recipe for salmonella poisoning. The tongs are sitting out and are filthy, and there is a buildup of grease on the front of the fryers. The Champs resident chef looked at the state of the kitchen before he left and said “screw it,” and left to go home. 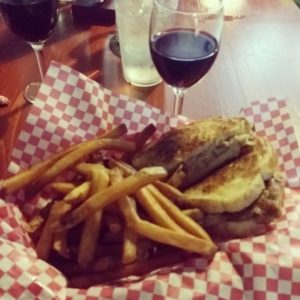 Helen typically sends out emails asking people to do things instead of delegating specific tasks out, and this means there is no structure – nobody is running the place. Joe admits that he used to run the place and attend daily, but he grew tired of it, so he has started to check out more. Jon now admits that he is on the side of the employees, and he originally saw the employees as the villains. Specific rejuvenations continue to go through, lead by Chef Brian and Tobin Ellis. Brian begins to create a new menu, while Tobin reworks the drink menu.

During a soft opening to sample how a night might go, Joe’s lackluster attitude proved a problem for Jon. Jon takes Joe and Helen to a local bar and points out some factors – the most lit areas of the bar are the draft beer station and the liquor bottles. After this, Jon reveals the newly refurbished bar to the remaining staff of Champs, which is a much more brightly colored blue, black and red paint. The inside of the bar has been entirely revamped to a much more welcoming atmosphere that looks like a bar inside a stadium, and even comes equipped with stadium seating.

Champs Sports Bar Now in 2018- The After Bar Rescue Update

Champs Sports Bar remains open to this day, although it has garnered an average review of 3 starts on Yelp. The happy hour at Champs Sports Bar remains its strongest point, which is a buzz trivia system – players play sports-based trivia on the television screens against people inside the restaurant and anyone else playing the trivia at the same time. All of the customers feel that the bar is a lot more fun than it previously was. The biggest complaint about Champs is the price of food, which is around $18 for a 48 oz pitcher of beer or $11 for 3 chicken strips and fries. This is more attributed to the high-income nature of the area, however.